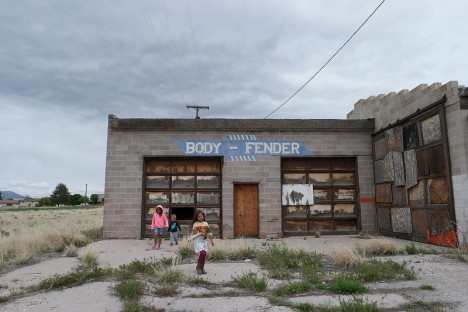 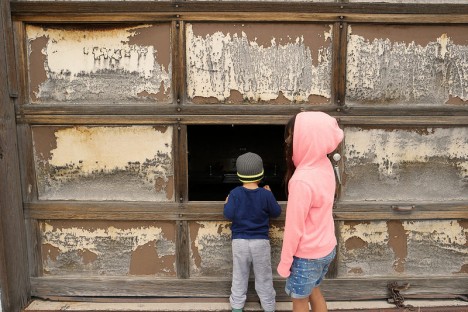 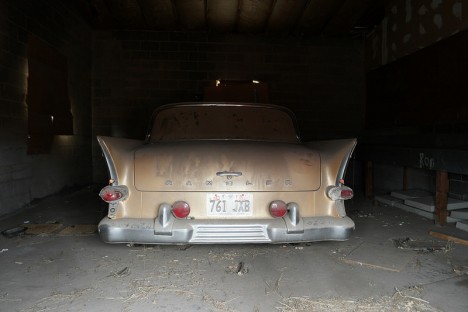 How long has this decrepit body shop been abandoned? Urban archaeologists might be able to estimate its age based on the appalling state of the parking lot. There’s another clue, however: a dusty but otherwise unmolested 1959 Rambler sedan parked inside! Kudos to the Mali Mish blog for posting the above images dating from June of 2015. 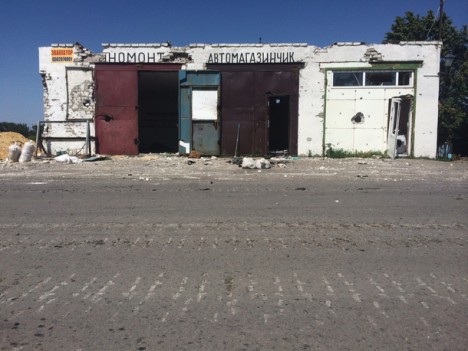 So your car’s riddled with bullet holes and sports some shrapnel damage to boot… what to do if you DON’T live in, say, Newark NJ and instead call Dovzhanskiy, Ukraine your home? Actually, you’re SOL either way: Dovzhanskiy is the site of a hotly disputed border crossing and the parking lot of the above abandoned auto body shop is littered with shell casings. 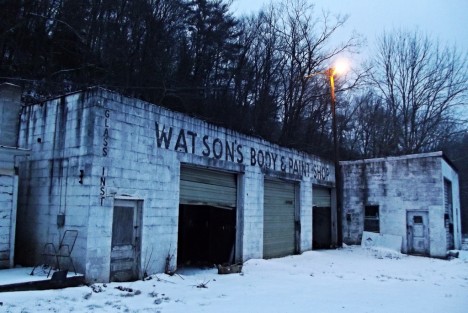 Flickr user Jackson Keith (mako energy) visited the abandoned Watson’s Body & Paint Shop on February 24th, 2015. Give the dude credit for getting there and back in one piece – winter hangs around a long while deep in the Blue Ridge Mountains of Virginia. 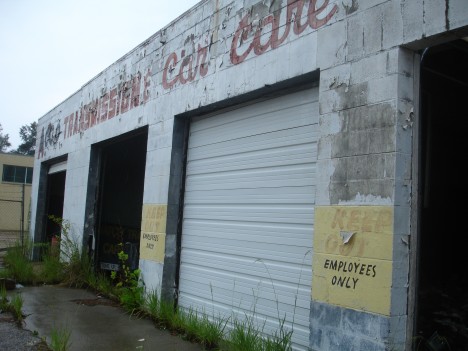 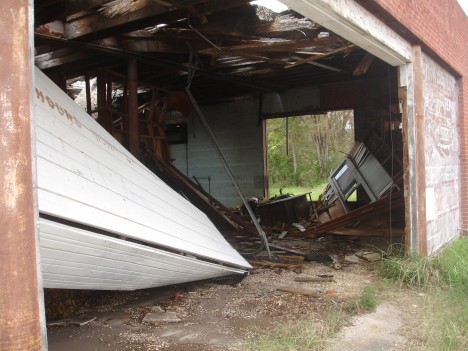 Wind damage from 2008’s Hurricane Gustav was so severe, the city of Baton Rouge, Louisiana was virtually shut down for a week. Many businesses never recovered and for the ACCO Transmission & Car are Center, Gustav was the straw that broke the camel’s back. 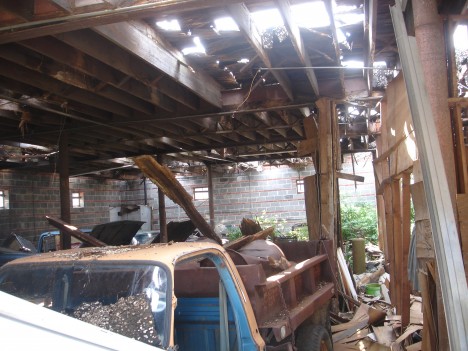 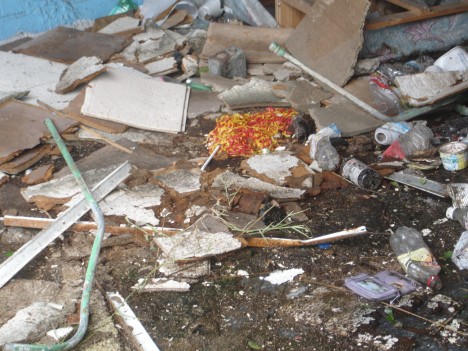 Colleen Kane of Abandoned Baton Rouge visited the devastated auto body shop in November of 2008, several months after it was abandoned, and brings us the above series of evocative images. Note the work truck abandoned along with the shop itself, as well as a solitary pom-pom lying amidst the debris on the shop floor – definitely a cheerless sight and a rah-rah deal. 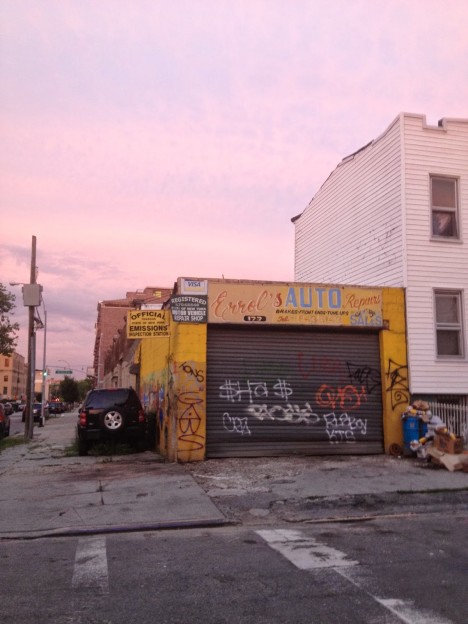 The abandoned Errol’s Auto Repair shop in Brooklyn’s Bedford-Stuyvesant neighborhood doesn’t look half-bad in photographer Ariel Elizabeth Churnin‘s comfortably composed photo above. Taken on a warm evening in July of 2014, the image gives a timeless vibe to a business whose time has long since passed.