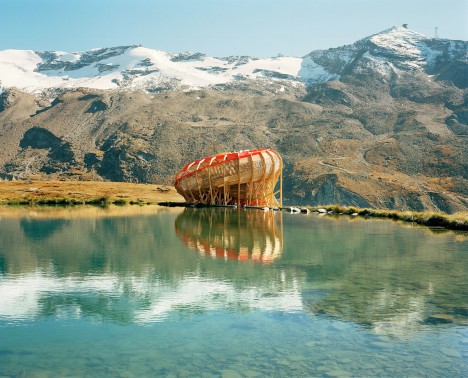 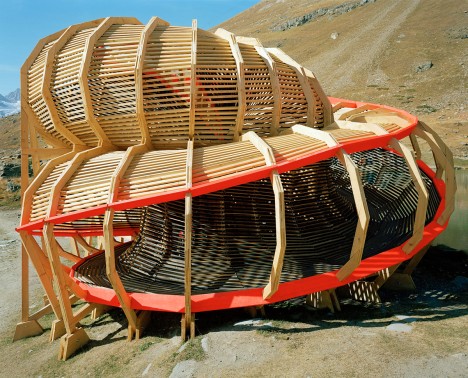 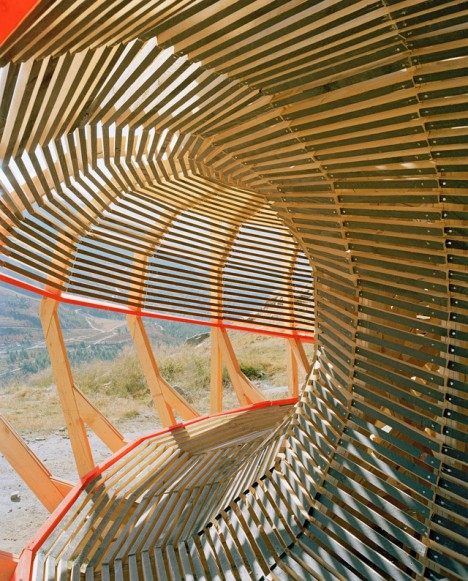 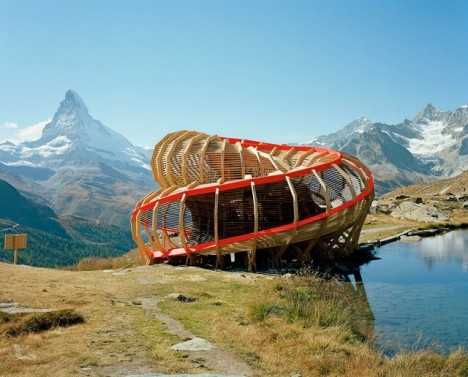 Designed and constructed by second year students at ALICE Studio at the EPFL school in Switzerland, ‘Evolver’ is a spiraling wooden structure “intervening on the panorama surrounding Zermatt.” Positioned on the edge of Stelli Lake, the building is made of 24 rotating frames, concealing an uninterrupted 720-degree path taking visitors to a series of overlooks. 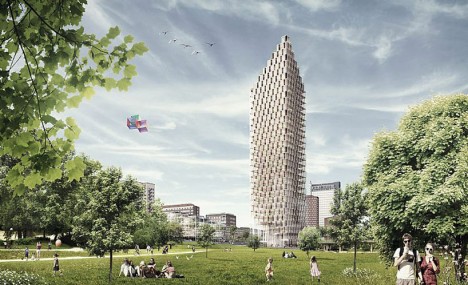 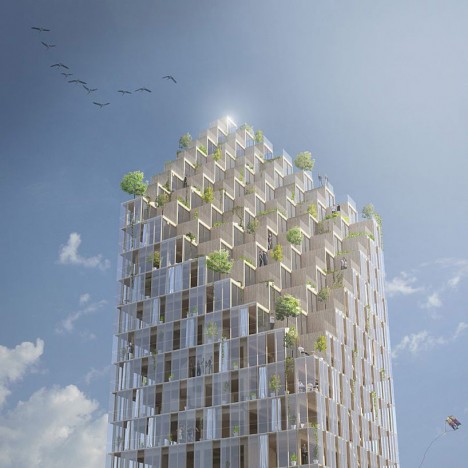 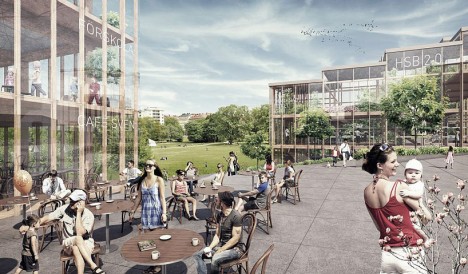 If built, this towering wooden structure by C.F. Møller would be the world’s largest timber-framed construction, standing 34 stories tall. Envisioned as high-density sustainable housing, the skyscraper is made almost entirely of wood with a system of timber steppes offering garden space to each unit. A concrete core provides structural strength, and the timber framing is renewable and lighter than conventional building materials, making it more environmentally friendly. 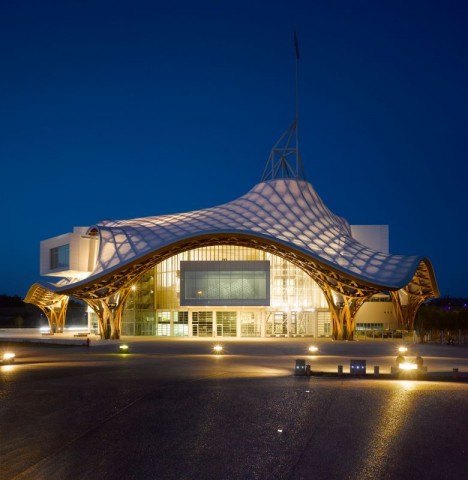 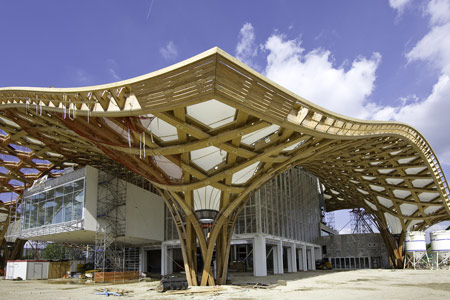 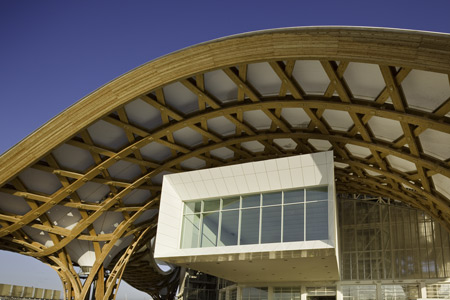 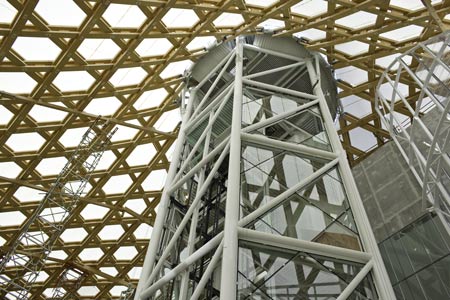 A laminated timber roof structure surrounds a 77-meter metal spire at Shigeru Ban’s Centre Pompidou-Metz, a modern art museum in France focusing on innovation. Covered in translucent fiberglass, the timber takes on a curvilinear shape as it flows throughout the structure. “We wanted the architecture to convey a sense of well-being, openness and multi-cultural mix in a building that has a direct, sensory relationship with its surroundings.” 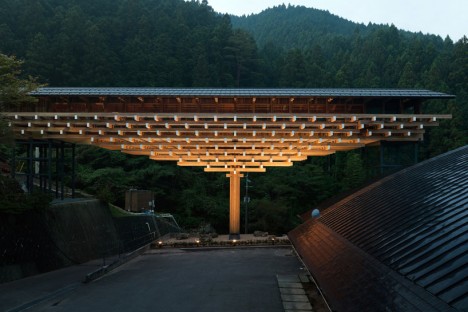 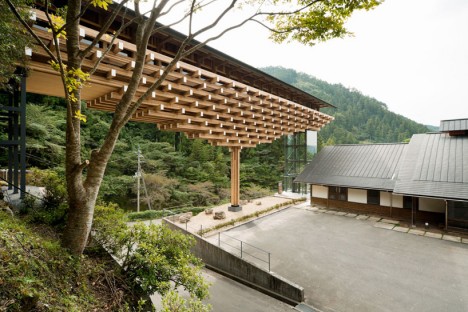 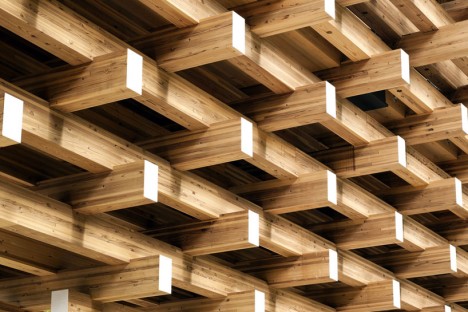 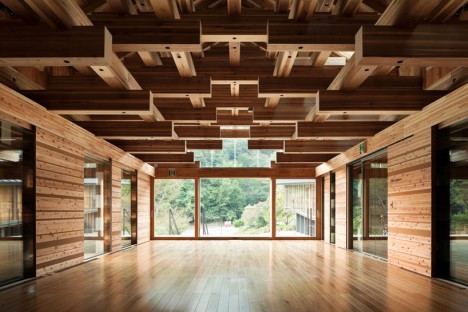 Translating traditional Japanese architectural typologies and techniques for the modern world, the Yusuhara Wooden Bridge Museum in Kochi Prefecture, Japan consists of a heavy timber structure that appears to float, supported by a single tiny column in the center. Glass towers on either side seem to disappear into the landscape. 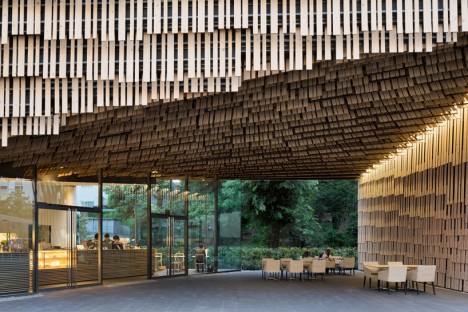 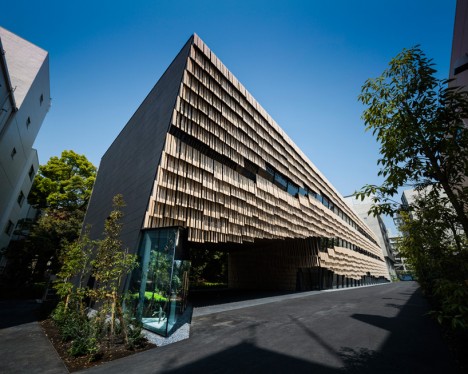 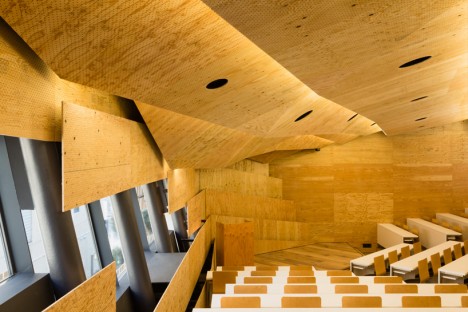 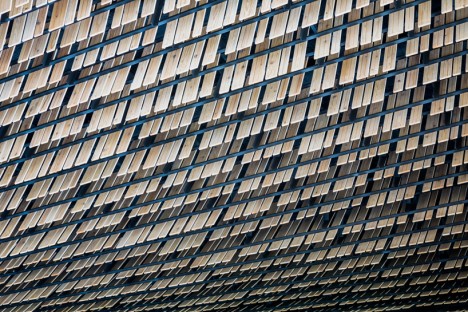 Individual wooden slats layered on top of each other in an irregular pattern give a dynamic flow to the facade of the Daiwa Ubiquitous Computing Research Building at the University of Tokyo. Though many technology buildings are designed with modernism or futuristic aesthetics in mind, Kengo Kuma + Associates chose the softening wooden screen as a transition between the activities inside the building and the Japanese garden just outside its walls.