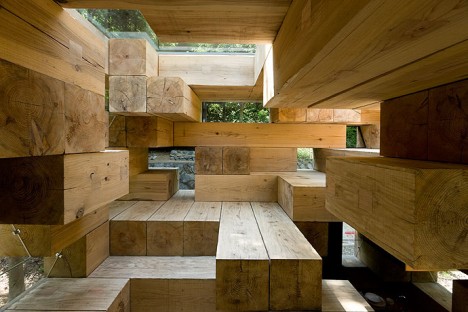 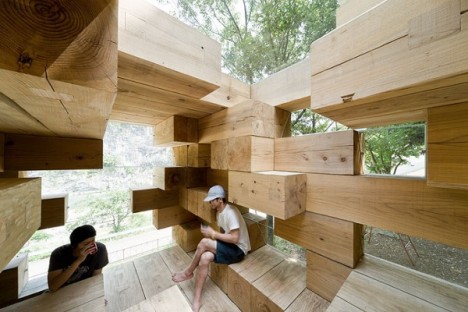 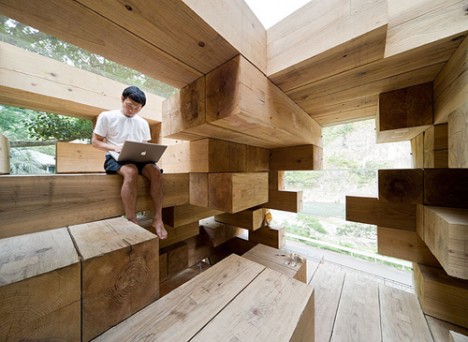 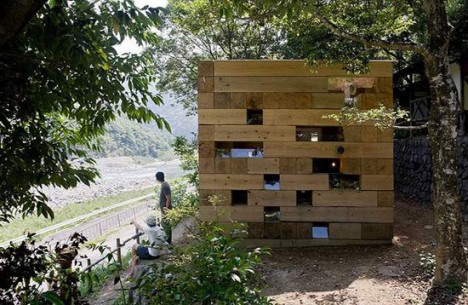 The interior of this ‘house’ by Sou Fujimoto is unorthodox to say the least, containing no rooms but rather one large open space that requires you to climb from one little nook to the next. Highlighting the versatility of lumber with massive cedar beams, the cube-shaped structure has large irregular openings covered with glass acting as windows. Anyone dwelling inside would have to be quite creative to find surfaces to use as beds and tables. 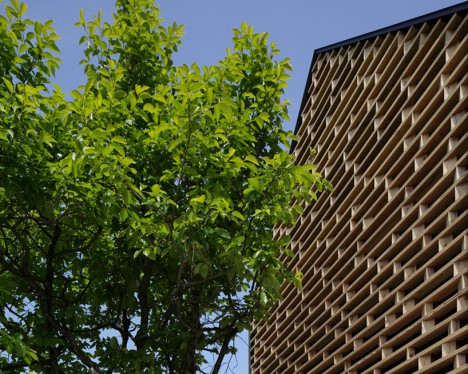 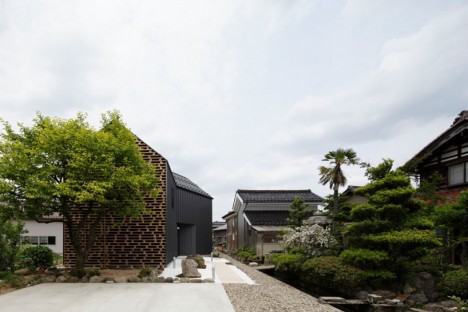 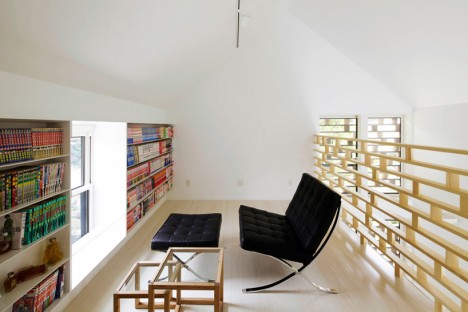 Timber slats arranged in a brick-like pattern cover the entire gabled wall of a rural home in Japan by architectural practice AE5. Layered on top of glass, this defining feature of Kaga House provides shade and privacy, casting irregular shadows onto the interior as the light changes throughout the day. 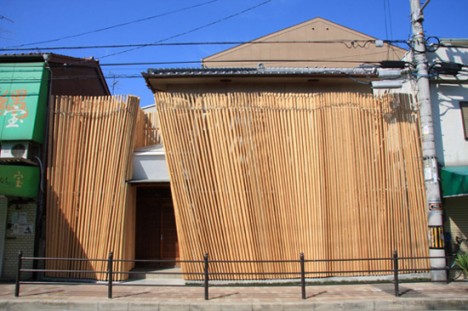 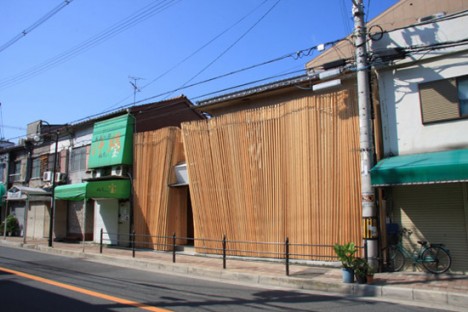 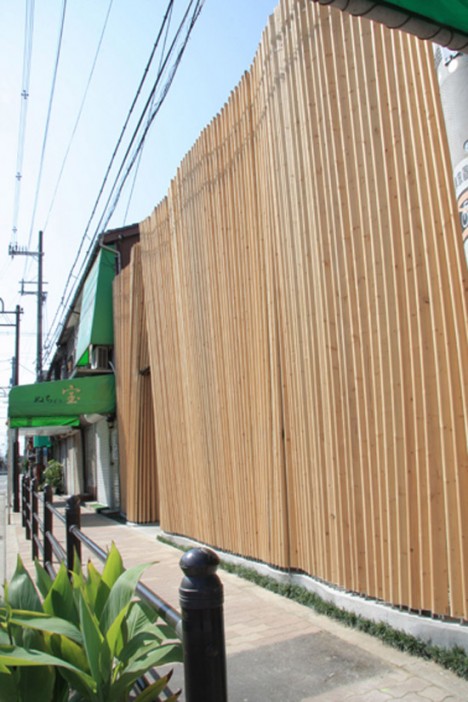 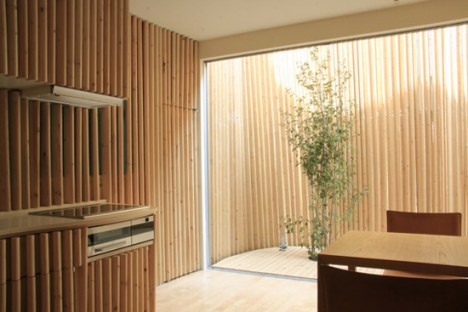 Reminiscent of an oversized bamboo sushi roller, this wooden facade outside a renovated Osaka residence looks like somebody just casually unrolled it around the building. Made of 1,000 2x4s, the lattice lets light and wind inside and doubles as seismic reinforcement against natural disasters. 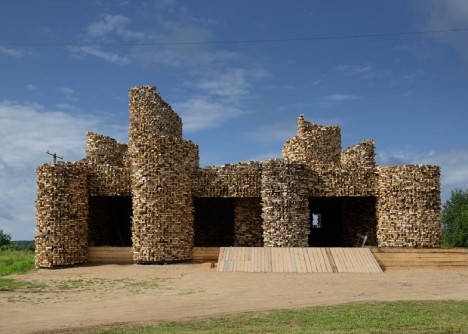 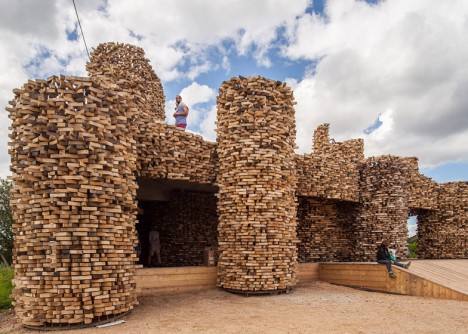 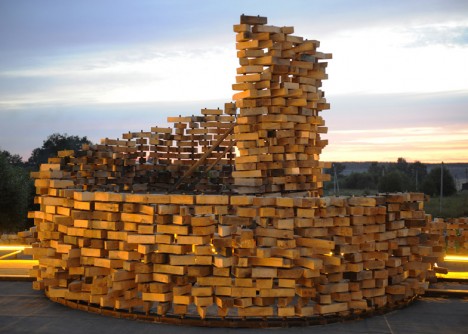 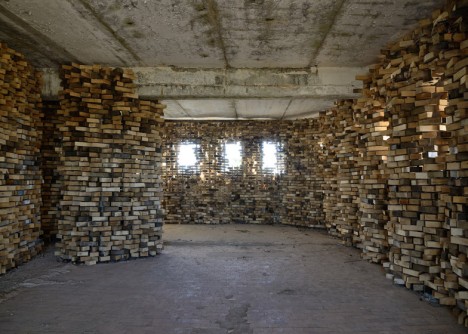 An abandoned building in the Russian village of Zvizzhi gets a makeover in the form of a stacked timber pavilion. Artist Nikolay Polissky, who lives in an artist community nearby, helped transform the structure within Ugra National Park for use as an event venue and exhibition space as well as a massive outdoor sculpture. 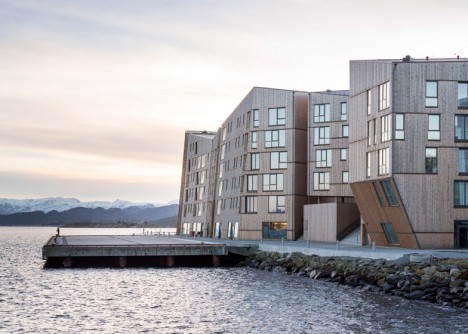 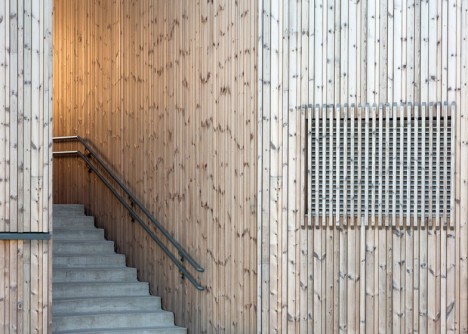 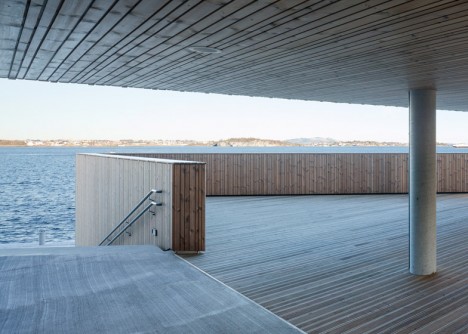 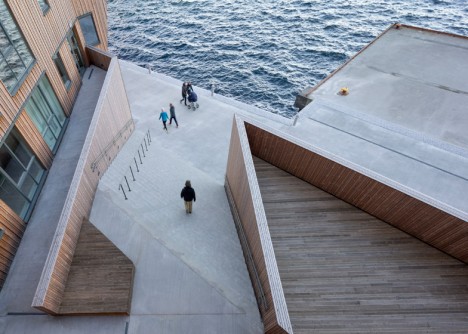 A jagged, faceted facade on one of Europe’s largest wooden residential developments references one Danish city’s heritage of timber architecture as well as the mountainous local landscape. The Waterfront Project in Stavanger, Denmark “blurs the boundary between the urban space and the dramatic Norwegian landscape by appearing as a mountain range of wood on the edge between the city and the sea.”

Soaring Residential Towers Made of Wood by Tham & Videgärd 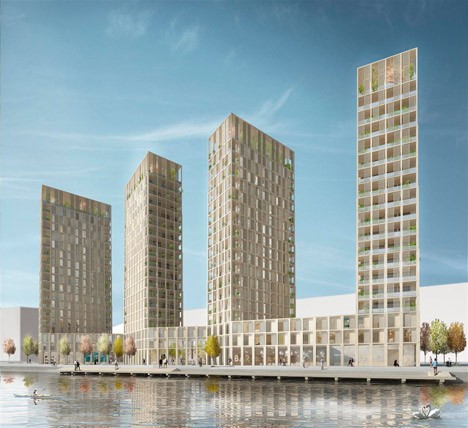 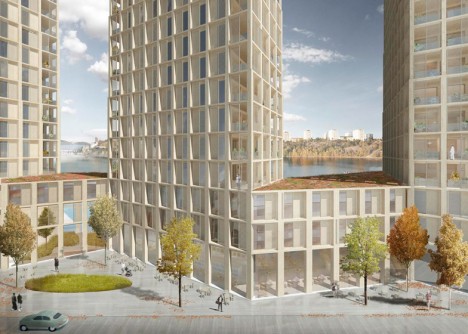 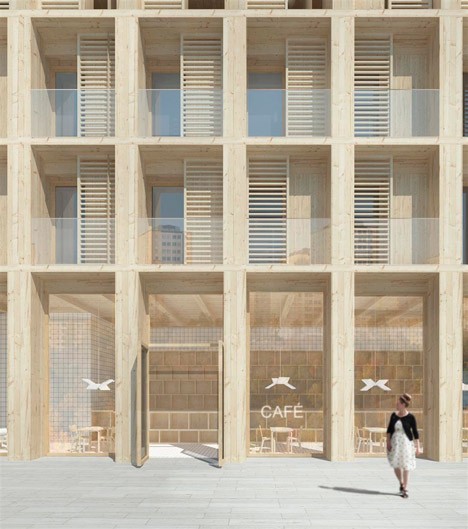 A row of four high-rise apartment blocks made of timber will tower over a Stockholm harbor in this housing development by Swedish studio Tham & Videgärd Arkitekter. Standing twenty stories each, the towers will be made and finished using nothing but Swedish pine, from the frame to the facade and windows. Connected to a three-story base, the towers represent a recent surge in sky-high wooden architecture.