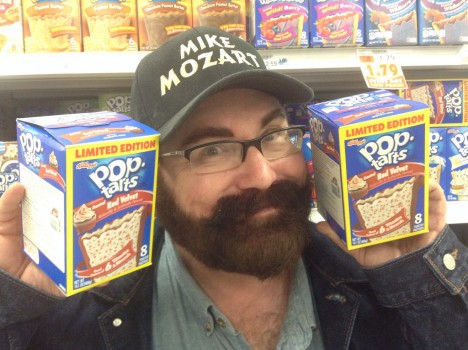 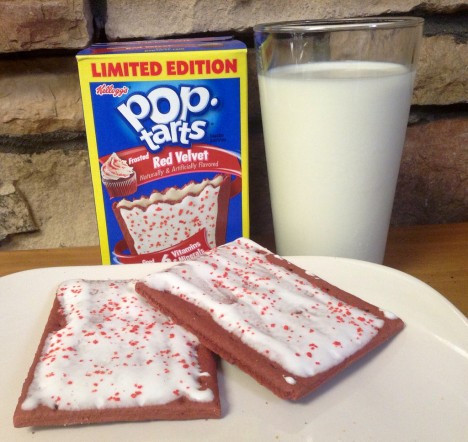 Having presumably survived his Pumpkin Pie Pop-Tarts gorge-fest aka photo session, Mike Mozart is back with Frosted Red Velvet Pop-Tarts. Geez, aren’t red velvet’s 15 minutes of fame up yet? Well, after jumping the Pop-Tarts shark they just might be. 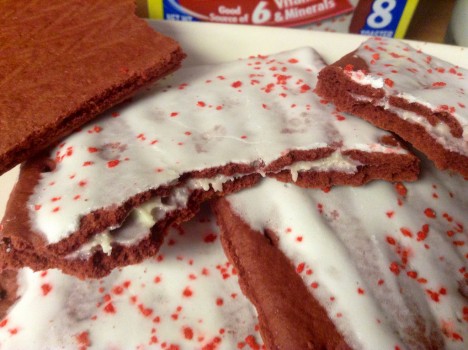 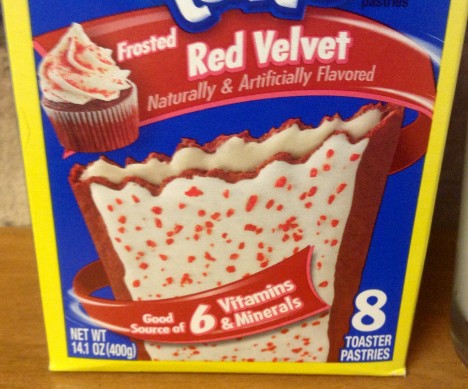 By the way, just in case your conscience is nagging you to eat healthier foods, Kellogg’s kindly advises purchasers that Frosted Red Velvet Pop-Tarts are a “good source of 6 vitamins and minerals”. It says so, right on the box, so knock yourself into a diabetic coma.. 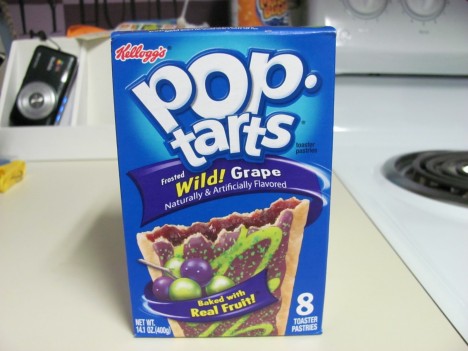 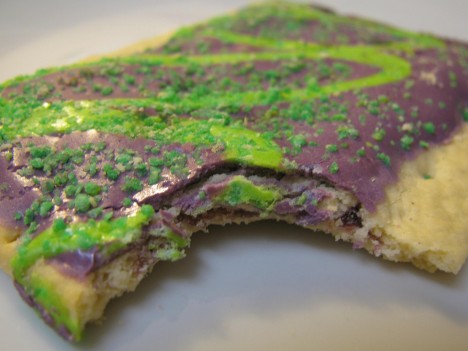 Grape Pop-Tarts had white frosting that reminded many (well, not so many as it was a limited edition) of common Frosted Blueberry Pop-Tarts. Wild Grape Pop-Tarts, on the other hand, look like nothing you’ve ever seen before… and, they’re (supposedly) edible to boot! Somehow, violet and green work well for grapes on the vine but not so well when applied to the top of a Pop-Tart. 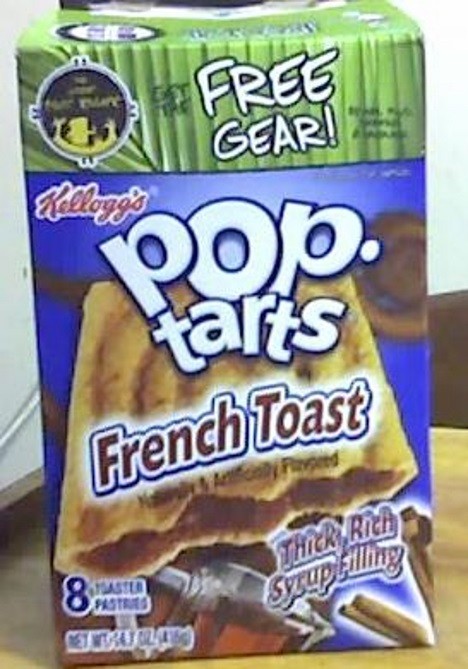 Shouldn’t these have been called “Freedom Toast” Pop-Tarts? OK, settle down, no need to throw shoes. French Toast Pop-Tarts were sold for a very limited time in the mid-2000’s and by all accounts – OK, by at least one account – they were pretty darn tasty. “There is no frosting, but the top is dotted with powdery spots of cinnamon,” relates Dave of Dave’s Cupboard. “And the aroma! A rich, buttery aroma redolent with mapley syrupy goodness, beckoning to the taste buds.” You sound fat, Dave… and we want some of those Pop-Tarts!