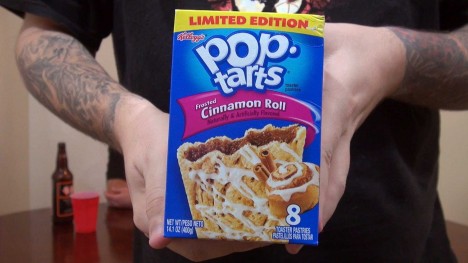 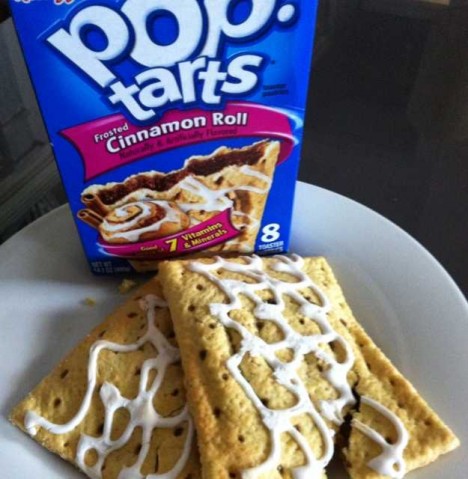 A sweet snack named for and flavored to taste like another sweet snack? Does Xzibit know about this? And by “this” we mean Frosted Cinnamon Roll Pop-Tarts! The limited edition flavor is naturally and artificially flavored, though it’s not certain which parts taste natural or artificial. In related news, manufacturers of actual cinnamon rolls have no plans to release Pop-Tart flavored pastries so at least we know the End Times haven’t quite arrived yet. 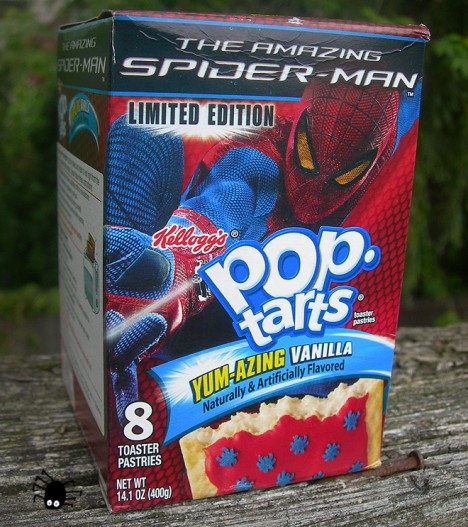 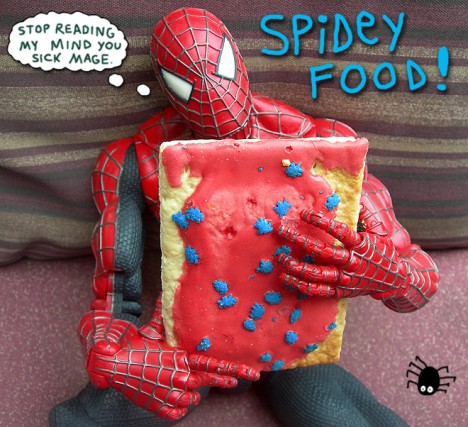 A popular urban myth goes something like, “the average person accidentally eats about 8 spiders during their lifetime.” That sucks! Luckily, you can boost your spider-eating quotient with Yum-azing Vanilla flavored Frosted Spidey-Berry Pop-Tarts. The tarts feature a vanilla milkshake filling topped with bright red icing “and blue spider crunchlets.” Is “crunchlets” even a word? 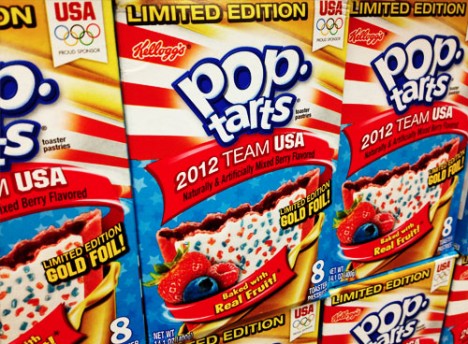 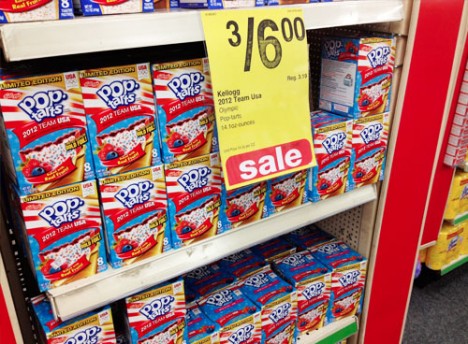 Kellogg’s invited all and sundry to cheer on the 2012 United States Olympic Team, presumably while stuffing their faces with 2012 Team USA Pop-Tarts. Hey, CVS was selling them, how unhealthy could they be? 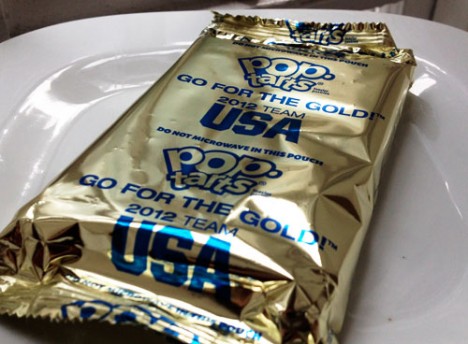 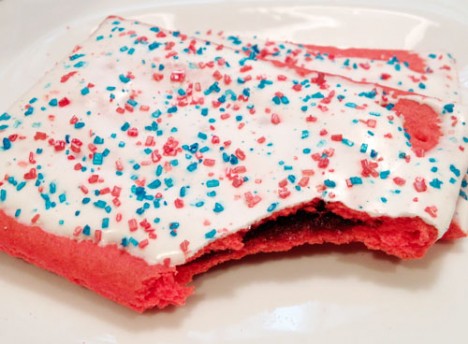 One of this limited edition Pop-Tarts’ main selling points was the “gold foil” (gold-toned foil, actually, not real gold leaf) replaced the usual boring old silvery foil. Even though you still toss it out, for a brief shining moment you’ll share in the triumph of our Olympic athletes… who incidentally wouldn’t touch one of these sugary snacks with a ten-foot pole-vaulting pole. 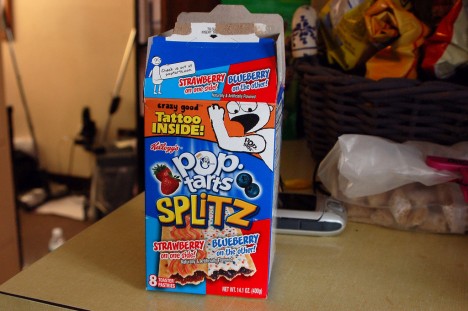 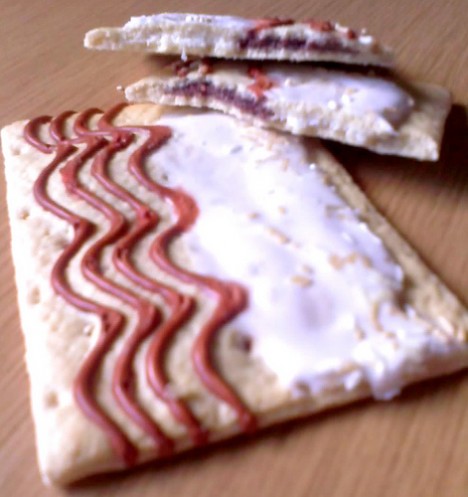 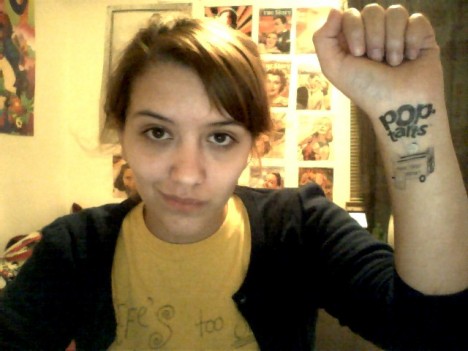 With all the amazing flavors Pop-Tarts come in these days, it can be hard to choose just one. Kellogg’s feels your pain and seeks to lessen it by half – by releasing Pop-Tarts that are half one flavor and half another. So-called “Splitz” Pop-Tarts also offer a free “crazy good” Pop-Tarts tattoo inside each box – Mom’s gonna luv it!