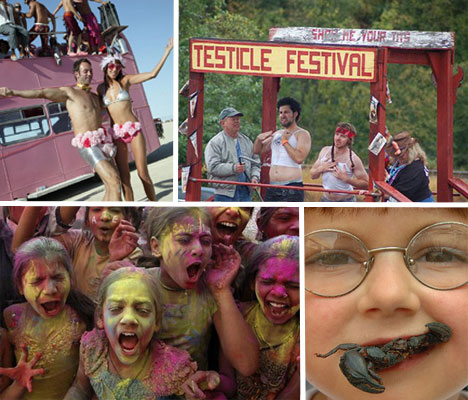 Nothing brings people together like a gigantic party, especially if it’s got a bizarre theme like roadkill, bugs, testicles or tomato throwing. People convene in massive numbers for some pretty crazy things, from rolling cheese down a hill in England to covering themselves in mud from head to toe in Louisiana. These 15 parties are some of the craziest in the world with millions coming together to indulge in strange culinary delights, engage in exhibitionism and forget about real life for a while. 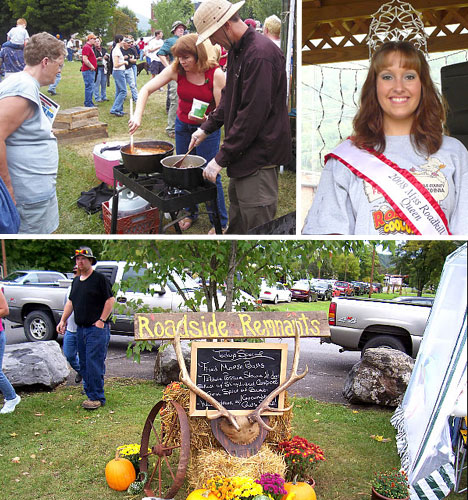 There’s a whole lot of perfectly good, entirely free meat out there, and you don’t even need hunting skills to acquire it – just peel it up off the road. The annual Roadkill Cookoff takes place in Pocahontas County, West Virginia every September and features dishes with enticing names like Rigormortis Bear Stew and Thumper Meets Bumper. They also crown a lucky Roadkill Queen every year. 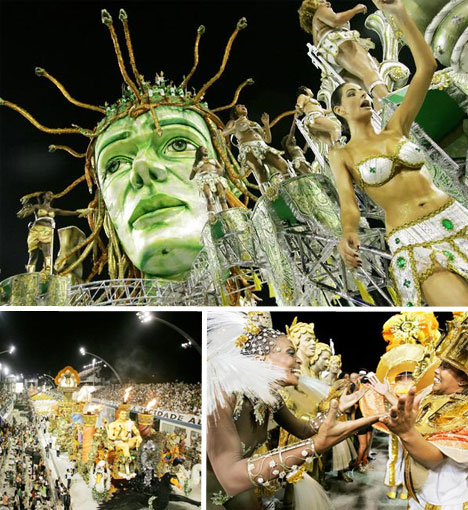 It may just be the biggest and most outlandish party on earth. During the four days before Lent, real life comes to a screeching halt in Brazil to focus on the three pillars of Carnival: samba, women and beer. Female dancers push the public nudity envelope in barely-there costumes festooned in sequins and feathers, leading a massive parade of the 14 schools of samba, with each school wearing a different type of costume. Other events include street processions and masquerade balls. 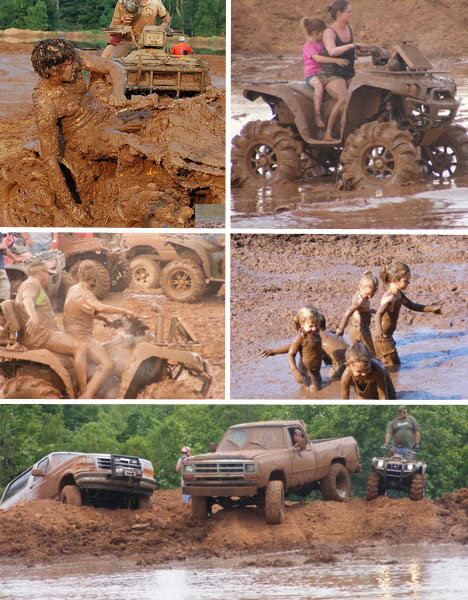 The Louisiana Mudfest may or may not be the South’s biggest party, but it’s definitely the dirtiest. Off-road vehicle enthusiasts love nothing more than to go ‘mud riding’, and this festival draws thousands of 4×4 owners and their families to play in over 300 acres of mud. 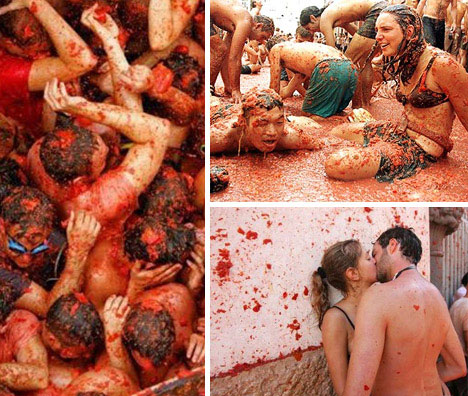 From WebEcoist: “Once a year, tens of thousands of tourists gather in a town in Spain to hurl over one hundred tons of overripe tomatoes … all in just one hour. When the festival is called to a halt fire hoses are used to clean the streets as well as the participants. For this brief but amazing food fight the size of the town quadruples, drawing visitors from all over the world to participate in the largest spaghetti sauce bath of all time.” 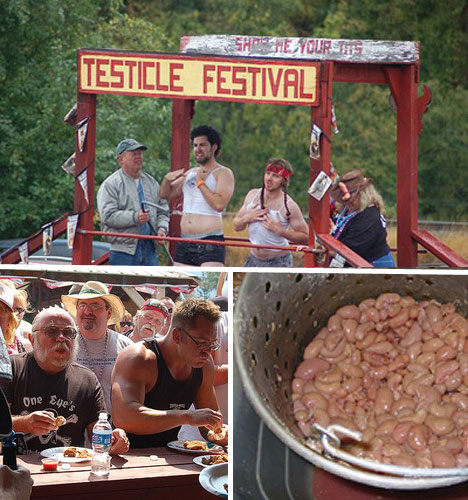 People who live in Montana tend to have a “waste not, want not” philosophy. So, why would they throw testicles away and give up all of that delicious, boneless protein? At least 15,000 people share that outlook, heading to the Rock Creek Lodge outside of Clinton every year to “have a ball at the Testicle Festival”. Bull testicles, also known as Rocky Mountain Oysters, are peeled, marinated in beer, breaded and deep-fried.

A few states away in Illinois, there’s a somewhat smaller, but no less strange annual homage to genitals: the Turkey Testicle Festival. 1200 pounds of deep-fried turkey balls sell out completely every year. One brave culinary explorer claims “they look like little popcorn shrimp, and they taste like chicken.” 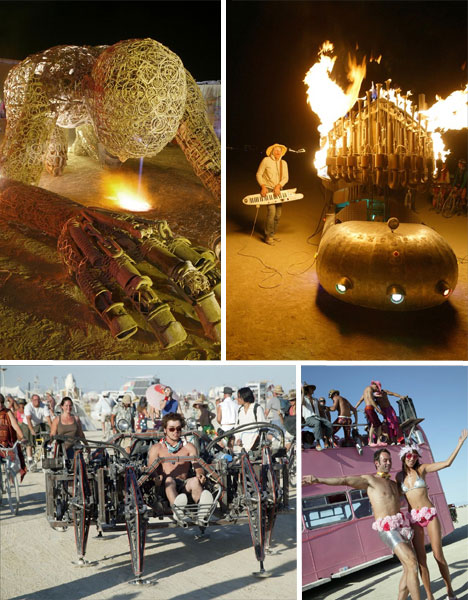 Burning Man, which takes its name from the ritual burning of a large wooden effigy, is held every year at the end of August in the Black Rock Desert of Nevada, drawing some 50,000 people to the remote area for “community, artwork, absurdity, decommodification and revelry”.   To attend Burning Man is to temporarily step into an alternate world where clothing is optional, weird is normal, there’s always something new to try and wildly artistic creations are everywhere you look. 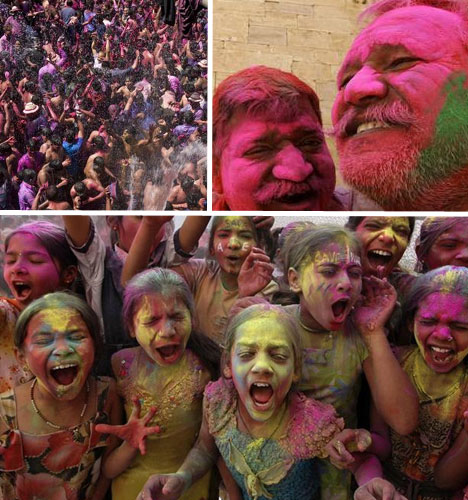 For hundreds of years, Hindus in India, Nepal, Bangladesh and other countries have welcomed the arrival of spring with a “festival of colors” celebrating the escape of a Hindu figure named Prahlada from death by fire due to his devotion to the god Vishnu. On the main day of the festival, called “Holi”, participants throw colored powders and liquids at each other, which were traditionally made from medicinal herbs that fight viral fever and cold. 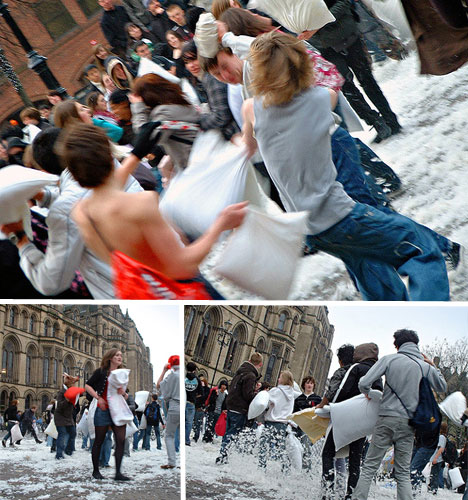 On March 22nd, 2008, the largest pillow fight in the history of the world took place in 25 cities across the world including Boston, Copenhagen, Dubai, London, Shanghai and Sydney. Worldwide Pillow Fight Day was the first “international flash mob”, organized through social media, email, texting and word of mouth. 5,000 people participated in New York City alone, pounding each other with pillows and releasing millions of feathers into the air.

A Valentine’s Day flash mob pillow fight in San Francisco created such a mess, officials plan to crack down on participants in the future. 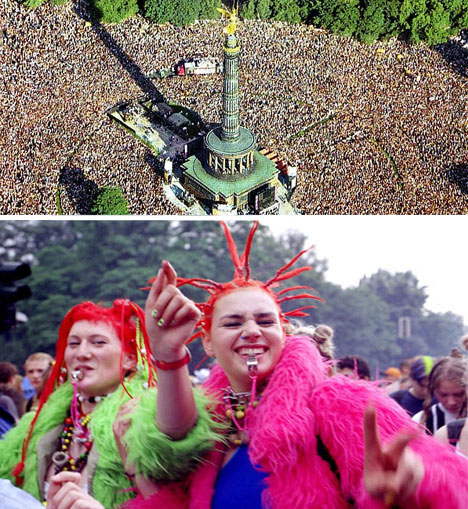 It started as a political demonstration for peace through love and music, organized by the Berlin Underground in 1989 four months before the Berlin Wall was demolished. Over the years, The Love Parade has grown into one of the world’s biggest outdoor dance parties, drawing millions of people from around the world and spurring similar events in other cities. The focus of the events is electronic dance music including trance, house and techno. 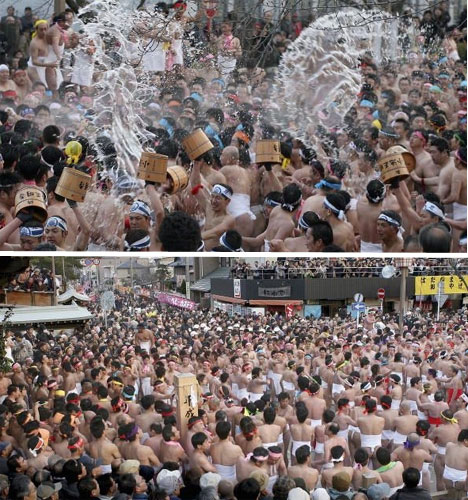 It’s cold in Japan in the middle of winter – but that doesn’t stop thousands of men from donning loincloths, soaking each other with water and fighting each other for the chance to catch one of the ‘shingi’, wooden sticks dropped among the crowds that are said to bring one year of good luck. The men are kept warm on the frigid January night by each other’s bodies and lots of sake. 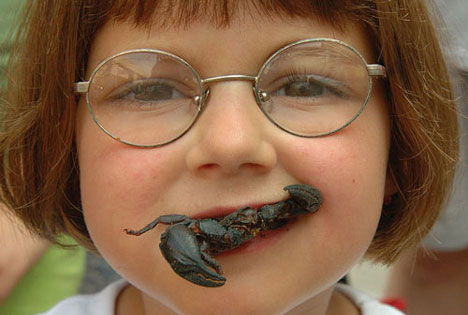 Insects aren’t creepy – they’re just misunderstood. At least, that’s what Bugfest organizers hope to convey as they entertain crowds of people every September in Raleigh, North Carolina with bug-related displays, exhibits, activities and “delectable dishes”. Samples of buggy dishes are free, so fill up on scorpion taquitos and deep-fried grasshoppers. 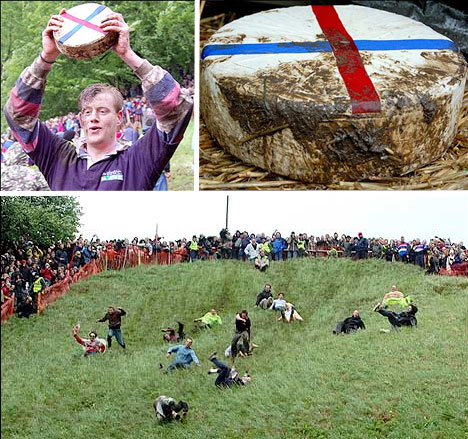 Every year near Gloucester in the Coltswold region of England, thousands of people convene to roll a round of Double Gloucester cheese down a hill and chase after it. Though the goal is to catch the cheese, that rarely happens considering it can reach speeds of 70mph; instead, the first person to cross the finish line wins. Nobody knows exactly how the tradition started, but people are certainly willing to injure themselves for it, coming down the hill with broken bones and concussions. 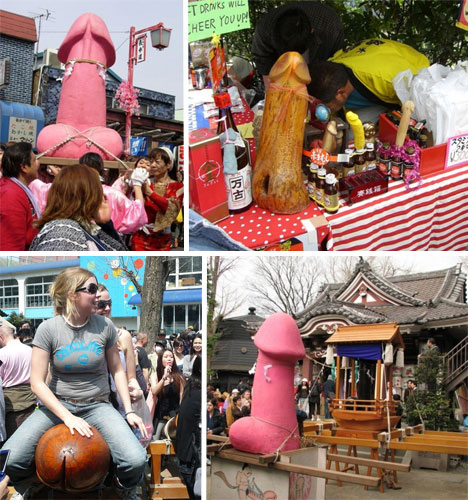 Since the dawn of human existence, there have been fertility rites centering around phallic objects. Modern Japan carries on the tradition with ‘Kanamara’, the Festival of the Steel Phallus. Revelers sit astride gigantic wooden penis models and hug them for good luck, carve phallic symbols out of daikon radishes and walk around sucking on phallus-shaped lollipops. The festival is centered around a local penis-venerating shrine where prostitutes once prayed for protection against STDs. 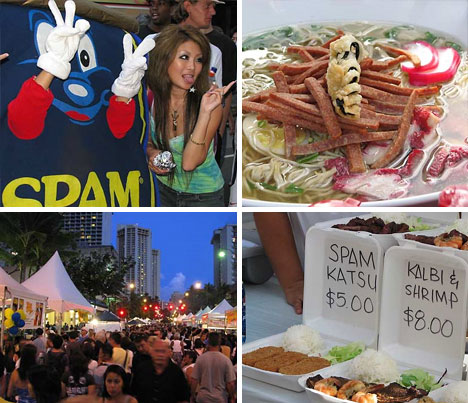 People really love potted meat products. In America, annual odes to Spam occur in both Hawaii and Texas, and both include coming up with as many variations of Spam-themed dishes as possible. Hawaii residents consume five million pounds of Spam every year – that’s six pounds for every man, woman and child. Waikiki’s Spam Jam drew 20,000 people last year to consume Spam and buy Spam-related merchandise.

In Austin, Texas, Spamarama expands on that idea with ‘Spamalympics’, a Spam cook-off and a Spamburger eating contest. 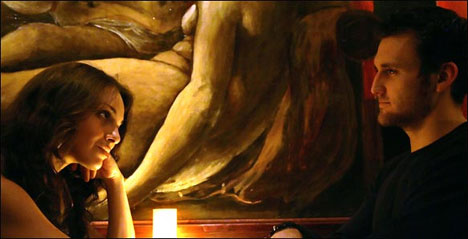 What can you learn by staring at someone in silence for three minutes? According to Michael Ellsburg, who came up with the idea of  ‘eye gazing parties’, you can gain an unspoken connection with a stranger without the distraction of superficial conversation. At eye gazing parties, an even number of singles meet up in bars and restaurants and switch off staring at one another. Once the staring part of the party is over, people can talk to each other and exchange contact information.