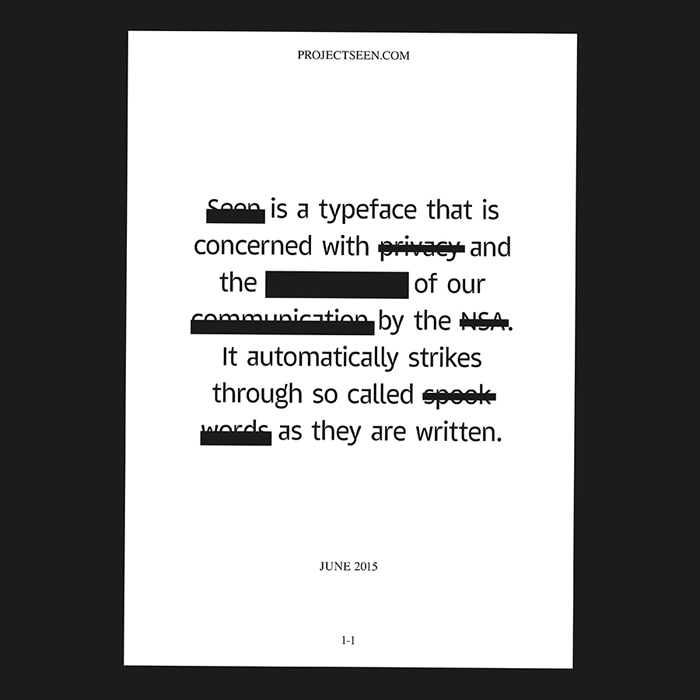 Simple called Seen, this font will frustrate you, redacting both expected and surprising things, as it checks what you type in realtime against a list of flagged words and phrases employed by the Department of Homeland Security. 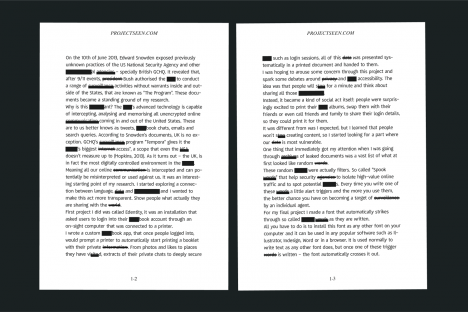 Security, shooting, nuclear and outbreak are all fairly obvious, but drill, cloud, wave and sick seem so common as to be functionally useless for monitoring purposes, at least in isolation. 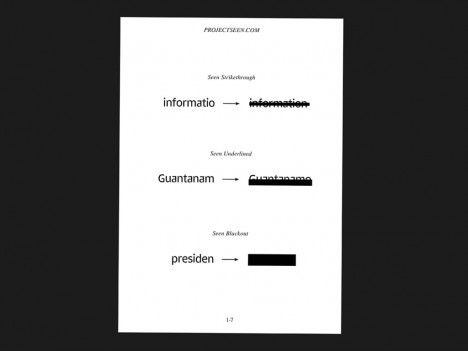 A London design student originally from Slovenia, Emil Kozole developed Project Seen as part of an awareness-raising campaign about security and privacy in and beyond the United States. He wants people to wonder why some words were included in the first place, and ask whether they should have to worry about self-censorship around broad (and in many cases bland) terms. 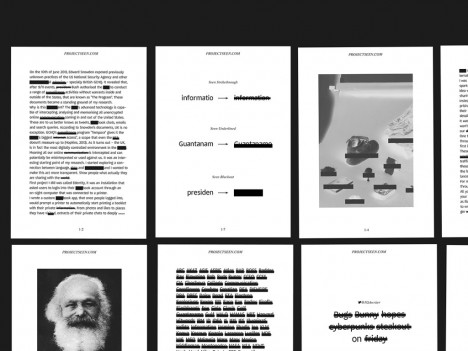 His custom Adobe OpenType font takes the aforementioned list, revealed originally through a Freedom of Information Act Request, and blacks them out just as you would expect to see in a top-secret document. While not intended to be practical, it is certainly an interesting exercise – try typing a few ordinary paragraphs and see for yourself the potentially surprising results.