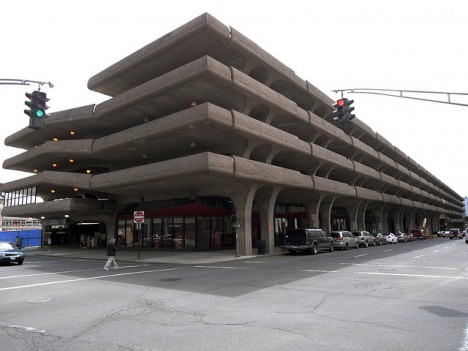 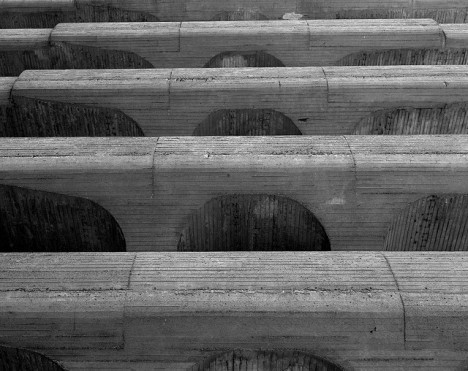 The post-modern six-story concrete parking garage standing on Temple Street in New Haven is textured by form-work and supported by paired reinforced concrete piers. It was designed by architect Paul Rudolph and built in 1961. 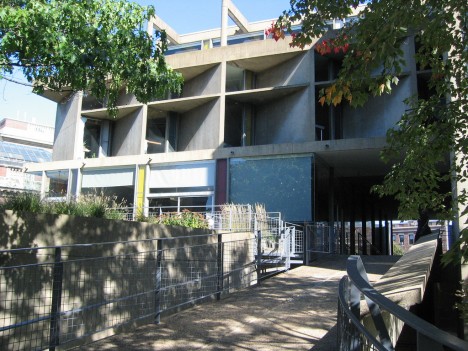 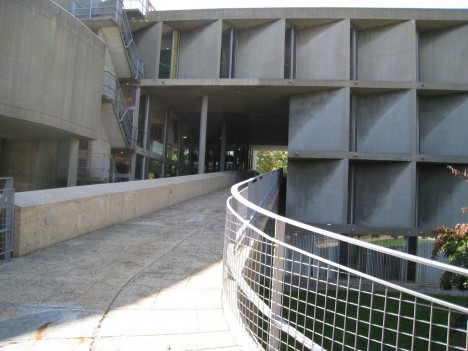 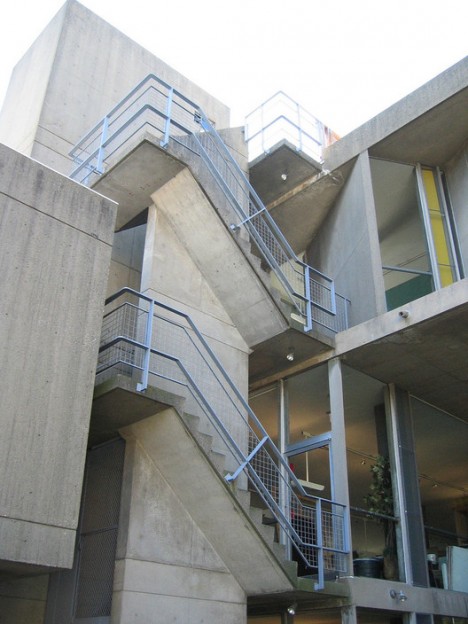 The Carpenter Center for the Visual Arts at Harvard is the only building in the U.S. designed by Le Corbusier, and contrasts starkly with the traditional, centuries-old architecture most often seen on the campus. It’s a prime example of the visual innovations that went on to influence the modernist aesthetic in architecture for decades after. 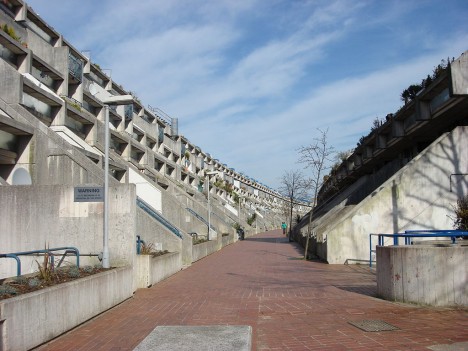 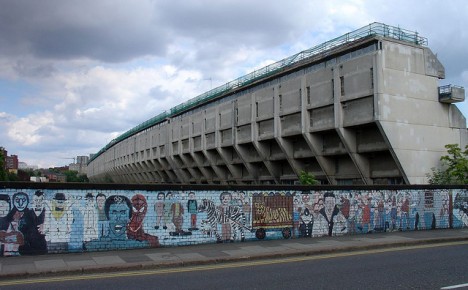 Featured in ’28 Weeks Later’ and other films, the Alexandra Road Estate is a massive 1978 reinforced concrete housing complex with 520 apartments, a school, a community center, youth club and parks. Along with two rows of housing, there’s a ziggurat-shaped eight-story block set on rubber pads to reduce vibration from the nearby trains. 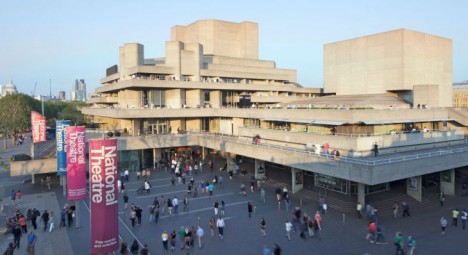 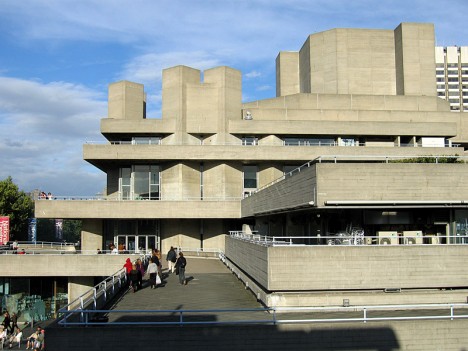 Architect Denys Lasdun designed the National Theater building as an “urban landscape” of interlocking terraces. Again, noted Brutalism critic Prince Charles weighed in, calling it “a clever way of building a nuclear power station in the middle of London without anyone objecting.”