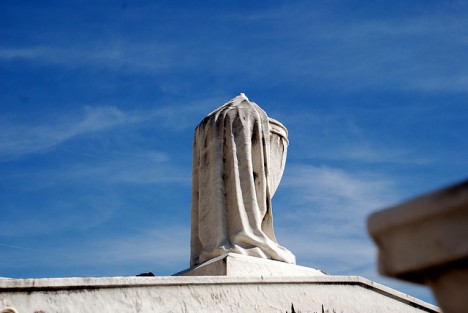 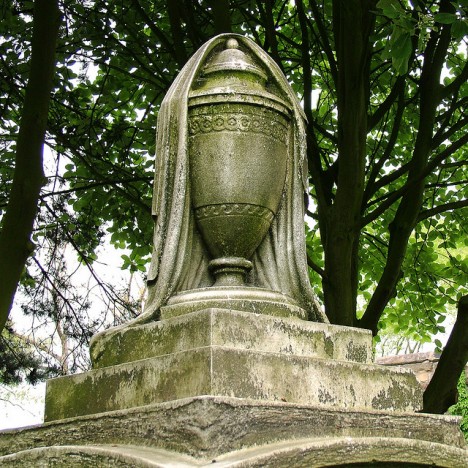 Representing the classic funeral urn used for cremated remains, this symbol is also draped in fabric, which represents the veil between the living and the dead. 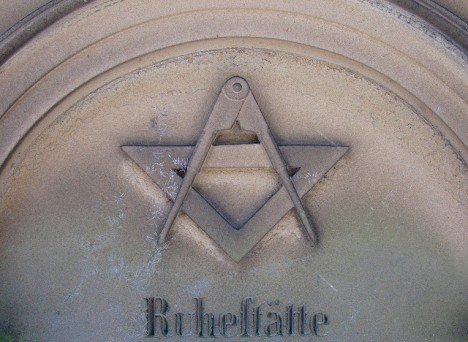 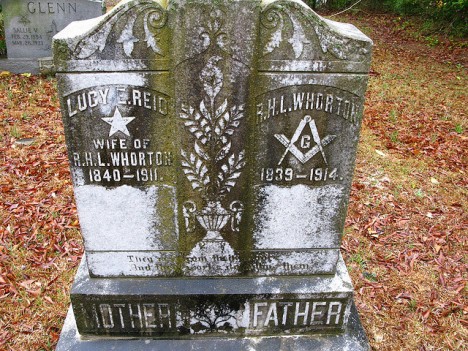 The most identifiable symbol of Masonry, the Square and Compasses denote the architect’s tools, which are used in Masonic ritual to teach symbolic lessons. It is found on the graves of deceased Masons and sometimes includes the letter ‘G,’ which can stand for either God or Geometry, the “noblest of sciences.” 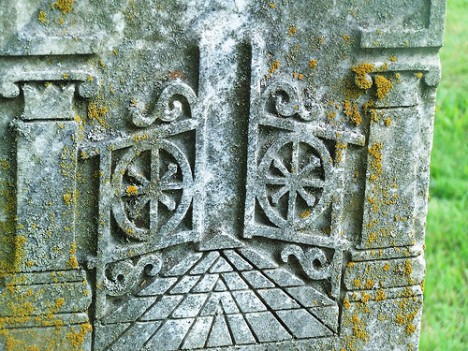 Open gates represent the passageway from one realm into the next, ether immediately after death or (as is commonly believed) after the return of Jesus during the ‘Second Coming.’ “…he ascended into heaven and is seated at the right hand of the Father. He will come again in glory to judge the living and the dead, and his kingdom will have no end. … We look for the resurrection of the dead, and the life of the world to come.” 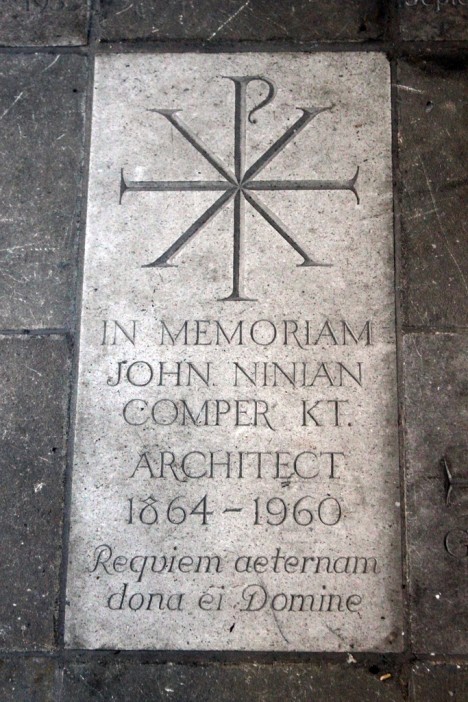 A monogram of the first two capital letters chi and rho (XP) in the Greek word for Christ, the chi-rho is thought to have originated in the fourth century after Emperor Constantine dreamed about being ordered to put a ‘heavenly divine symbol’ on the shields of his soldiers. A wreath around the chi-rho symbol symbolizes the victory of the Resurrection over death. 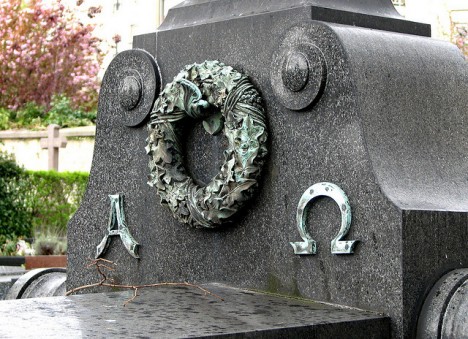 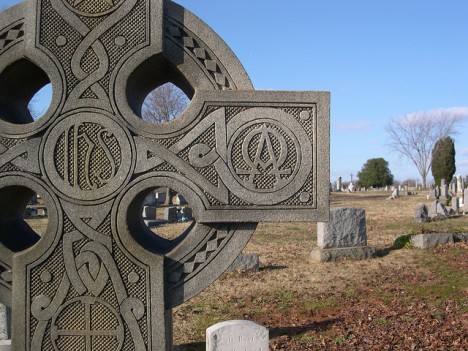 Often overlapped, the first and last letters of the Greek alphabet Alpha and Omega symbolize the beginning and the end. Used as a title for Christ in the Book of Revelation, they’re often seen with a cross or the chi-rho.