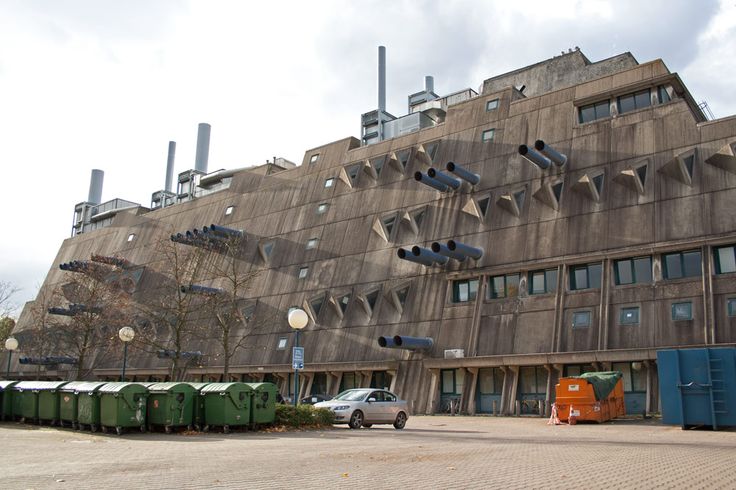 There is an innate coldness and harshness to concrete that lends it a sinister air, as if unsavory practices are carried out within, even if the structure is actually in use as a church or monastery. Spanning a range of architectural styles and movements from Bauhaus to Constructivism, most of these concrete wonders of Europe are in use as animal research facilities, former bunkers, libraries and hotels, while others remain abandoned. 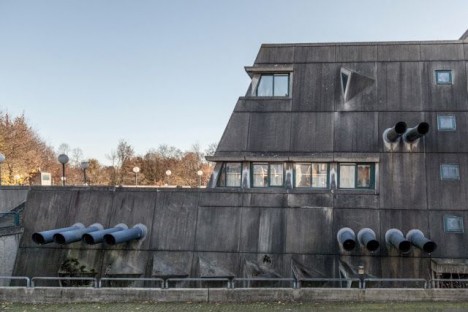 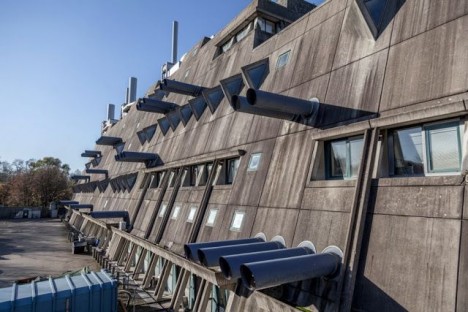 The imposing exterior of the FEM facility at Berlin’s Research Institute for Experimental Medicine is fittingly frightening for the activities that take place within: namely, testing on 88,000 laboratory animals. Known locally as the ‘Mouse Bunker,’ FEM was built in 1980 and its shape was ironically inspired by the sheep-stalls of Lower Saxony. 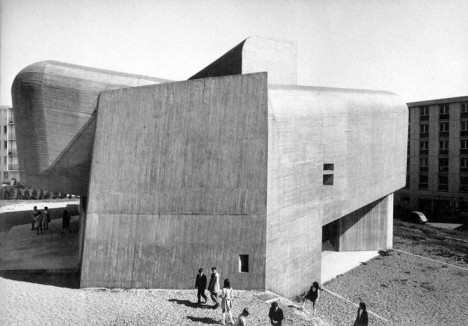 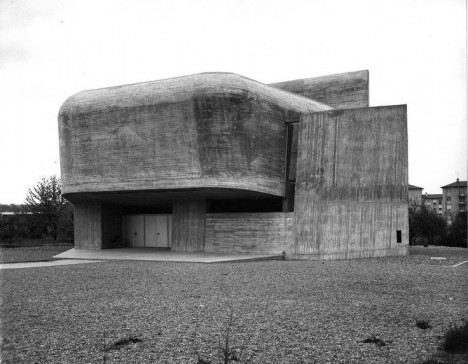 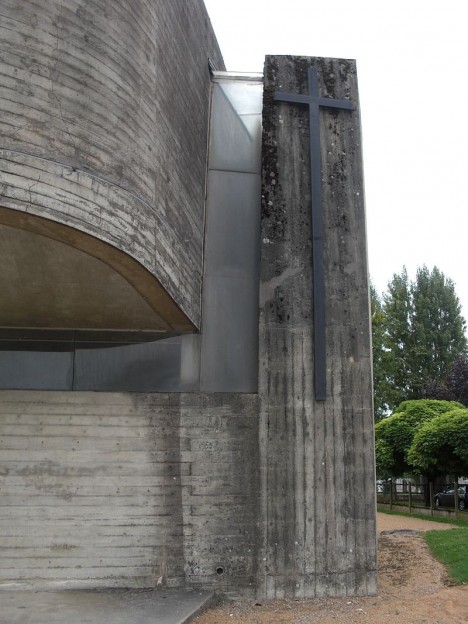 Designed by French architect Claude Parent and built in 1966, the Sainte Bernadette Church in the city of Nevers is about as un-churchlike as churches get. The solid concrete Brutalist structure eschews ornamentation for a utilitarian appearance that continues into the interior. 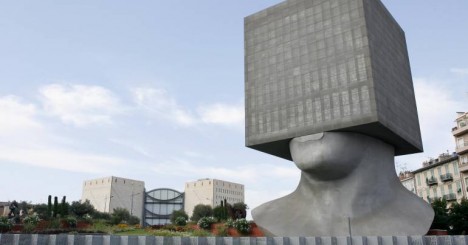 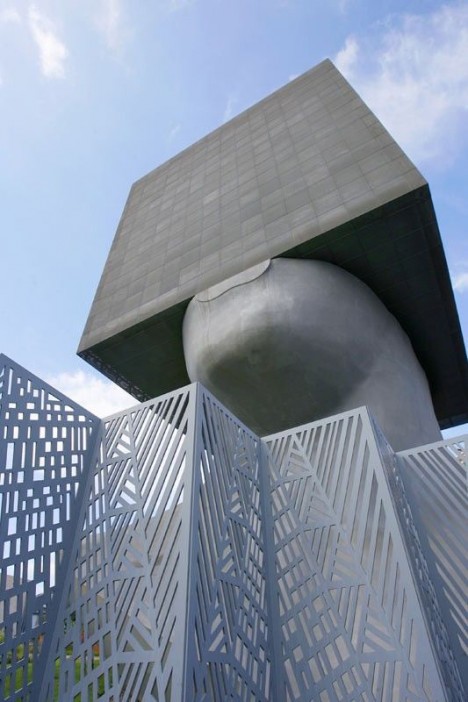 This modern library in Nice is among the world’s most unusual, with a square block sitting atop a giant sculpted neck. Named for author Louis Nucera, the building is a joint project between architects Bayard and Chaps and sculptor Sacha Sosno. 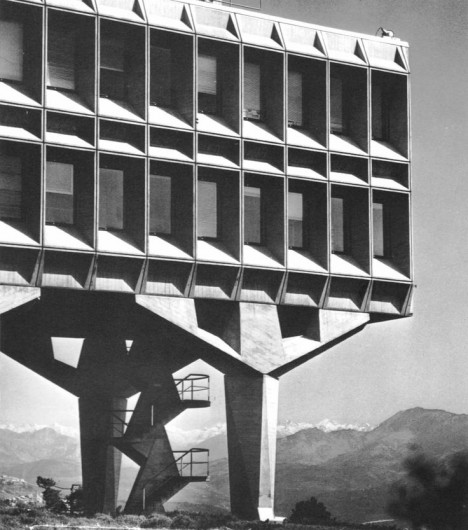 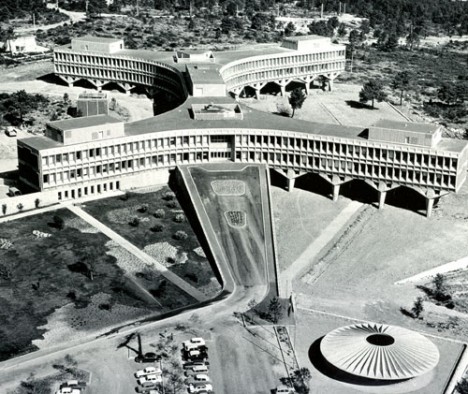 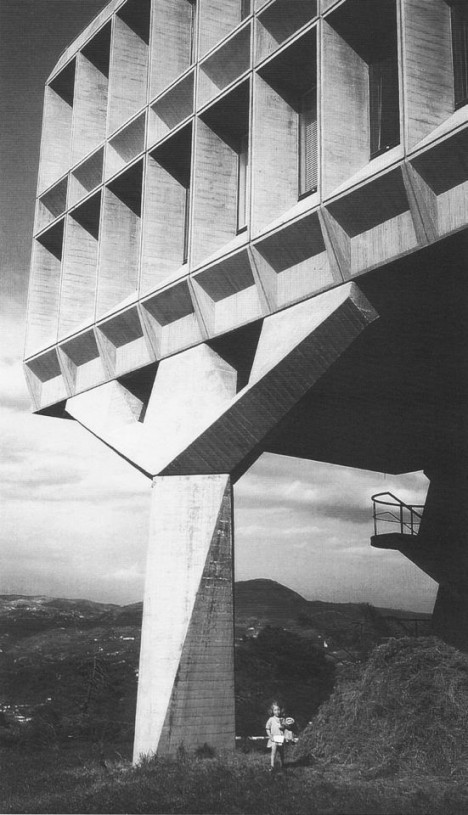 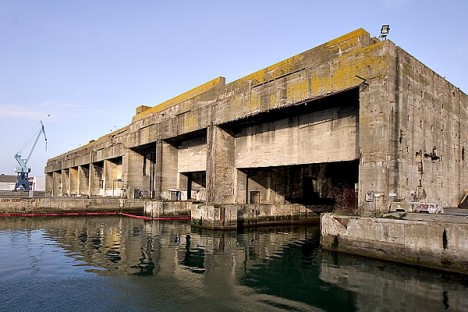 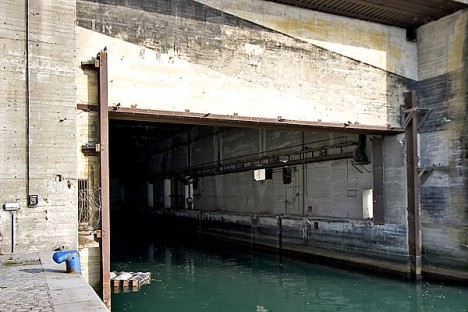 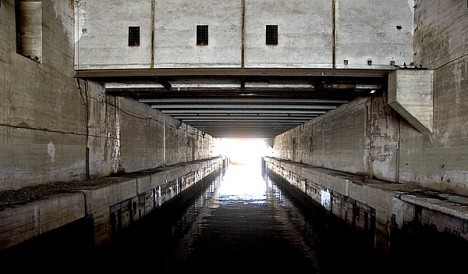 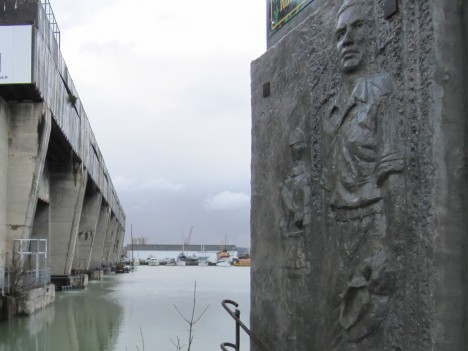 Sections of the abandoned Base Sous-Marine in Bordeaux are occasionally put to use as a dramatic backdrop for special events, but otherwise, this World War II wonder completed by the Germans in 1944 remains hauntingly empty. It once served as a home base for supply boats, torpedo transports, U-boats and the 12th Flotilla of long-range boats in the war and features a nearly indestructible 30-foot-thick roof. The whole thing occupies a total area of nearly 463,000 square feet and was made from 21,188,800 cubic feet of concrete. 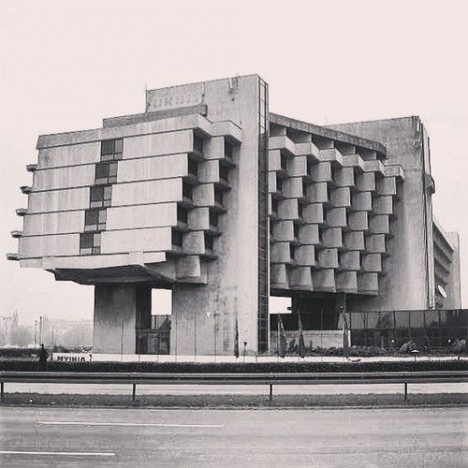 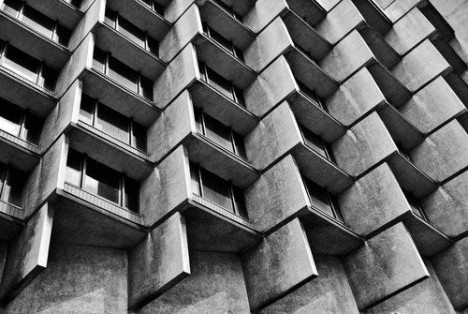 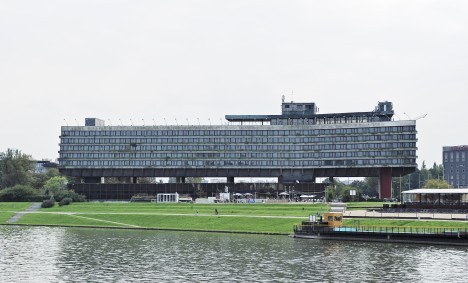 Constructed between 1978 and 1989, Krakow’s Hotel Forum remains one of Poland’s most sci-fi-looking structures, but today, it’s deteriorating, its facades often covered in oversized billboards. 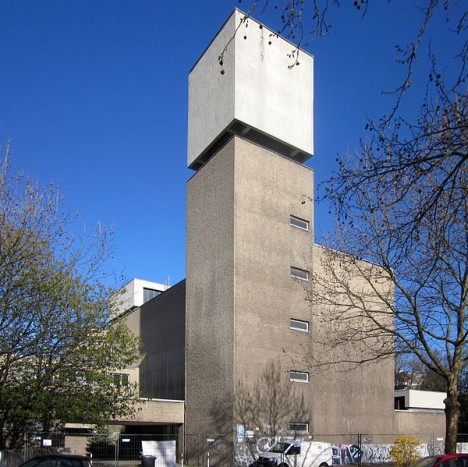 Once adorned with a neon blue cross that gently illuminated its harsh silhouette in the geographical center of Berlin, St. Agnes Church (built in 1967) was recently turned into an art gallery. 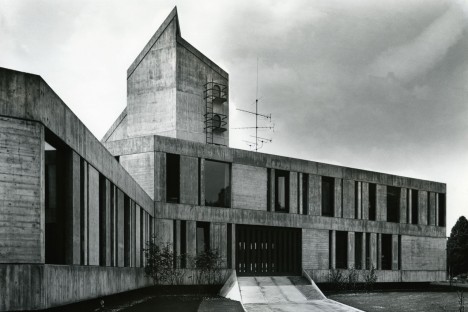 Life must have felt harsh for the Jesuit monks who inhabited this Nymphenburg monastery by Paul Schneider-Esleben, completed in 1965. 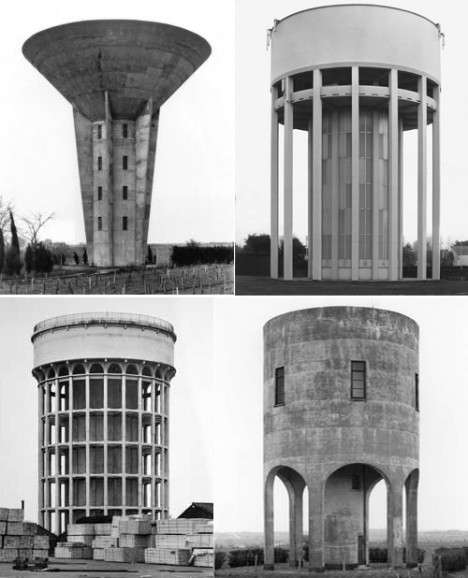 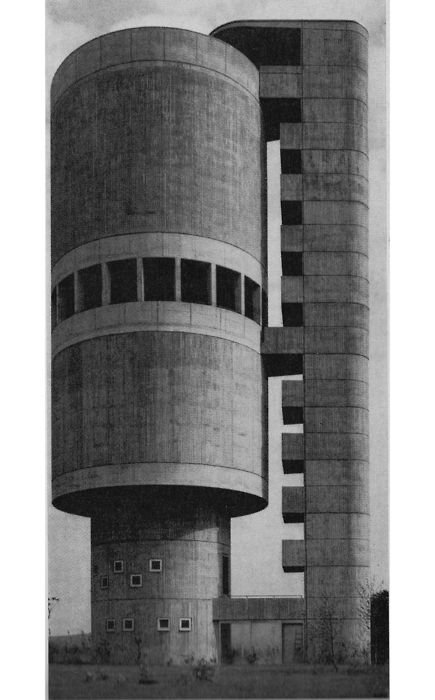 Water towers take on all sorts of weird shapes around the world, but Germany has its own special collection of Brutalist concrete versions by Bernd & Hilla Becher and Helmut Erdle. 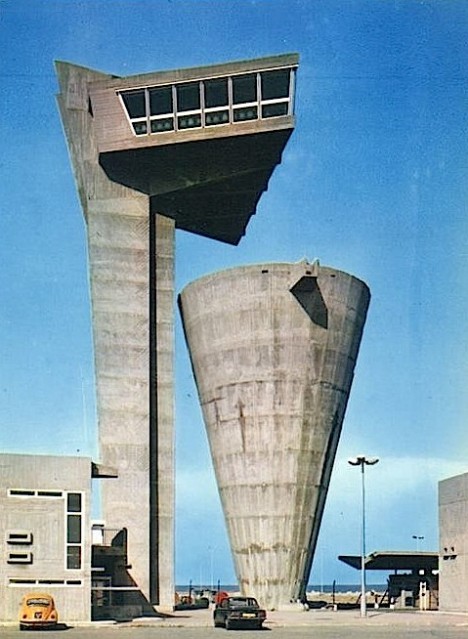 Undeniably weird, this watchtower and reservoir designed by Gaston Jaubert and built in 1974 looks over the port of Fos-sur-Mer in France. 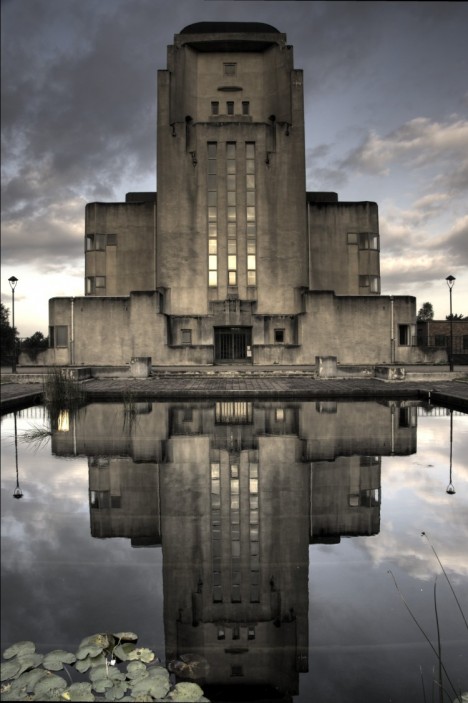 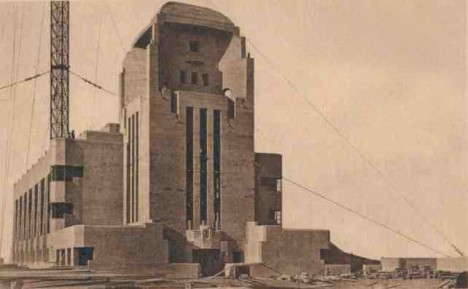 Pre-dating most Brutalist and modernist architecture by several decades, the Radio Kootwijk building began construction in 1918. Designed by Dutch architect Julius Maria Luthmann in Art Deco style, it’s an interesting juncture of a typically ornate architectural style and a rather impersonal material. The Germans blew up the transmitter during World War II and the building has been in disuse ever since. 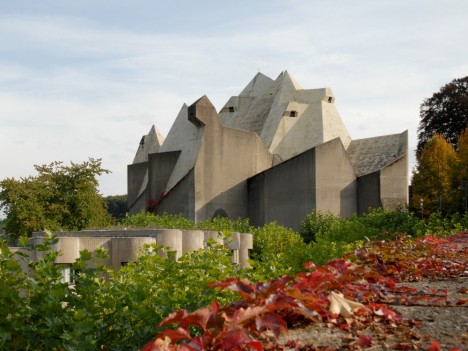 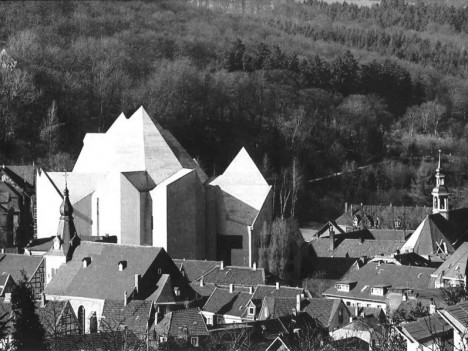 Designed by Pritzker Prize-winnign architect Gottfried Böhm and built in 1963, the Pilgrimage Church in Neviges, Germany resembles nothing more than an organic composition made from an unnatural medium, like a cluster of oversized crystals rising from the green hillside.