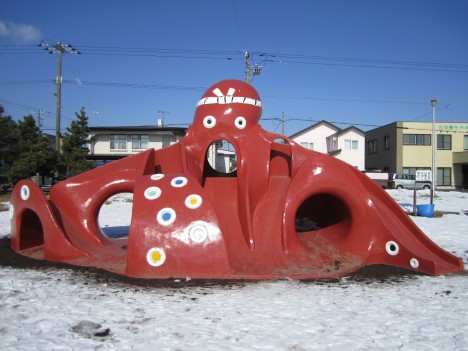 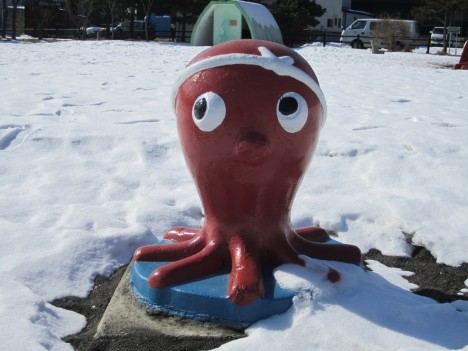 Thanks to the website of Tomakomai city in Hokkaido, we know the above octopus playground opened on July 3rd of 1973, possibly in connection with the town’s founding a century earlier. The slide looks to be in good shape and sports a relatively recent paint touch-up. Note the small “octopet” installed nearby, separate from the main slide. It’s a common feature of most Japanese octopus climbing frame installations oft-frequented by toddlers not quite ready to play on the main structure. 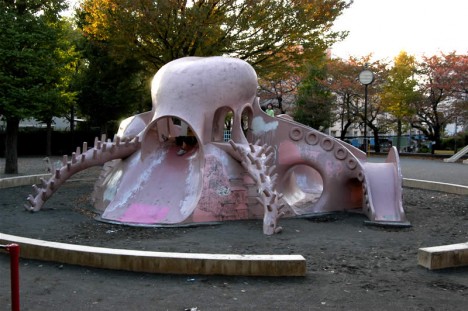 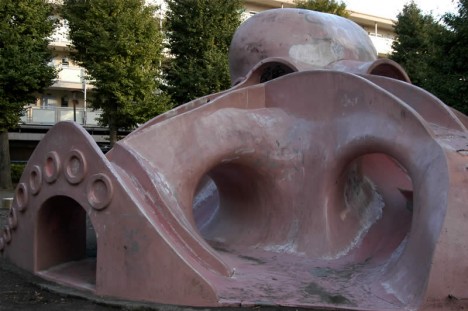 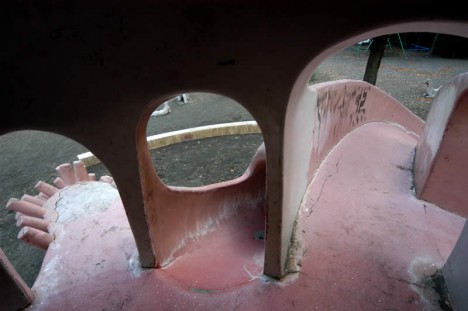 Looking rather like an alien aquatic lifeform turned inside-out by a poorly trained Galaxy Quest crewman, this faded pink playground installation slowly deteriorates in Komae, a town in the western part of metropolitan Tokyo. No telling how long this particular octo-slide has been around but it bears obvious signs of long term use, abuse and haphazard graffiti remediation. 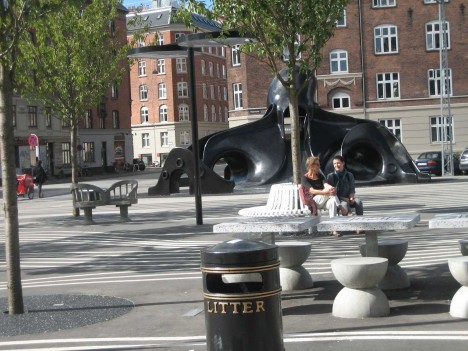 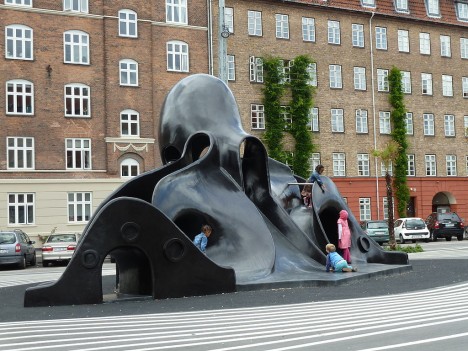 At least one of Japan’s classic octopus slides has escaped the country entirely, ending up in Superkilen: a Copenhagen, Denmark urban fitness & recreation area. Somewhere along the way, the molded monster donned an eerie jet black skin… the better to freak out Danish kiddies with!