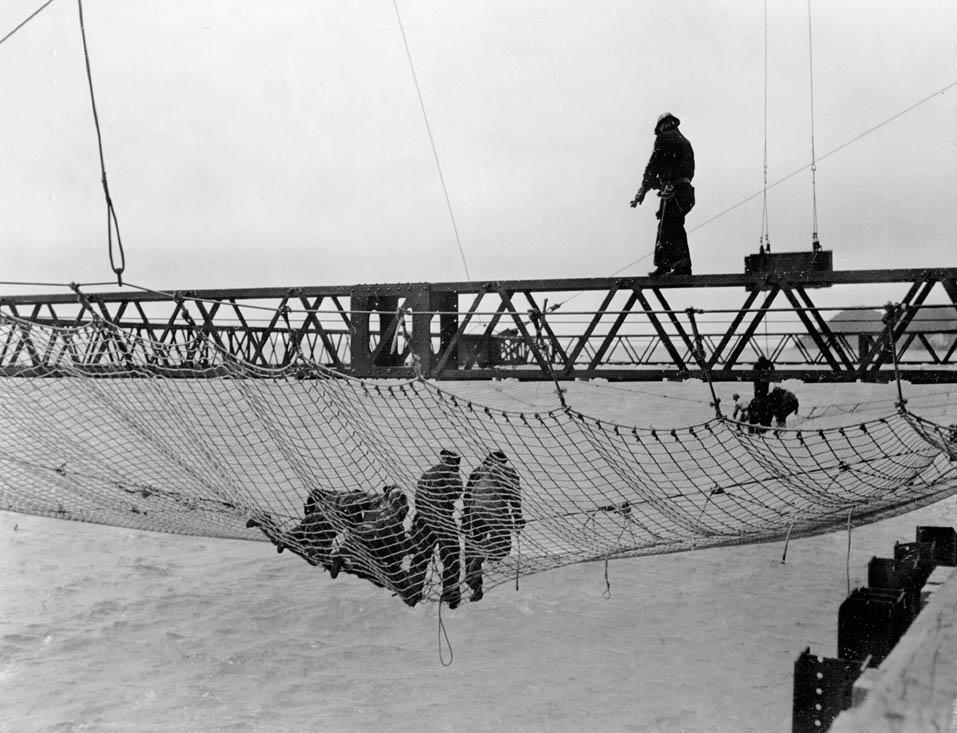 The board of the Golden Gate Bridge, Highway and Transportation District recently voted unanimously to approve a $76 million funding plan for installation of steel-cable nets 20 feet beneath the east and west edges of the bridge that are intended to deter people from leaping to their deaths or catch them if they do. 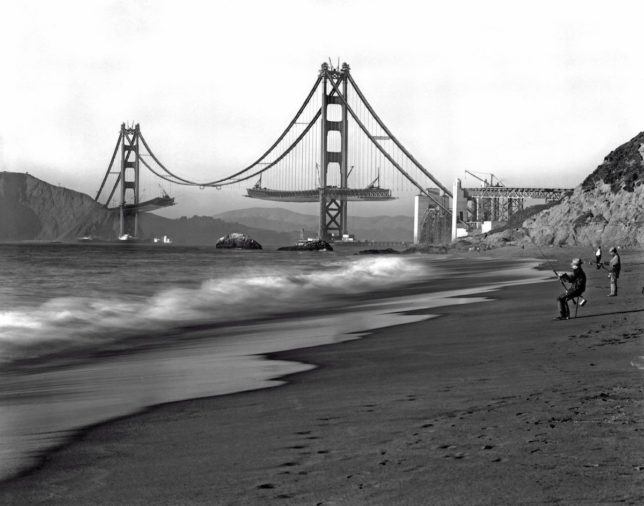 The net, suspended from posts, will have a slightly upward slope, and will collapse a bit if someone lands in it, making it difficult for the jumper to climb out. The bridge district will deploy a retrieval device to pluck jumpers from the net. But this will not be the first net to span beneath the Golden Gate, which, when it was constructed, was the longest suspension bridge in the world. 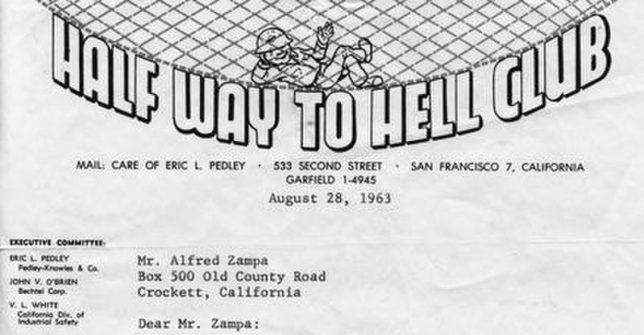 When building the Golden Gate Bridge, the lead structural engineer insisted on the installation of a safety net even though its $130,000 cost was deemed exorbitant. Over the four years of its construction, the net saved 19 men, who named themselves the “Halfway to Hell Club.” 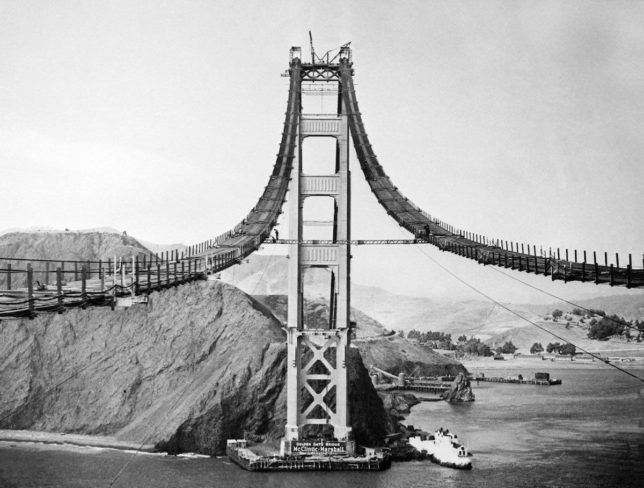 The safety measure, however, was not entirely successful — in one case, a catwalk collapsed and a dozen men were plunged into the water, becoming entangled in the net along the way. A few survived, rescued by a crab boat, but ten men died. Today, there’s a plaque on the south western side of the bridge at the entrance to the west sidewalk dedicated to the workers who died that day.