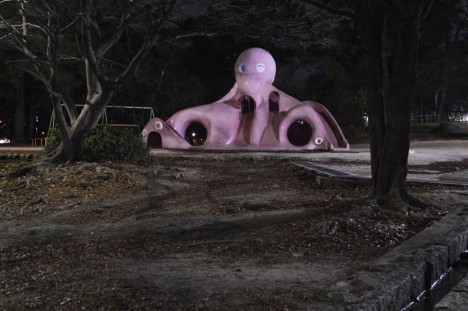 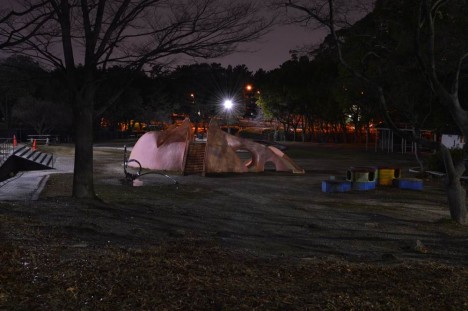 A pretty pink winking octopus for your children to play on… what could possibly go wrong? Lots, apparently, if we can take Japanese blogger Haruhi Suzumiya at her word. Contrast the above images taken in late December of 2013 with those leading off this post: the octopus slide at Hattori Ryokuchi Park has a dark side in more ways than one. The story goes that over the years, the park’s tree branches have been employed by suicidal folks to such an extent that children were forbidden to enter the park early in the morning. 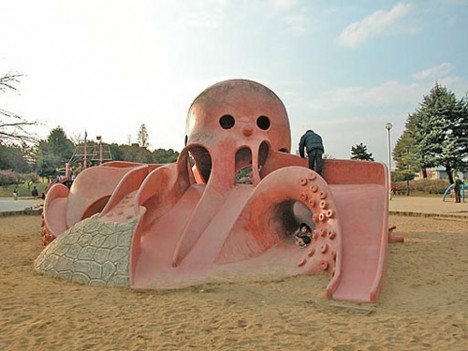 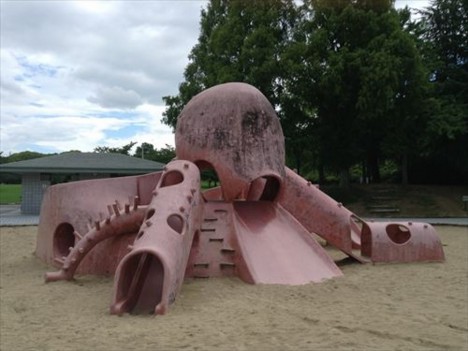 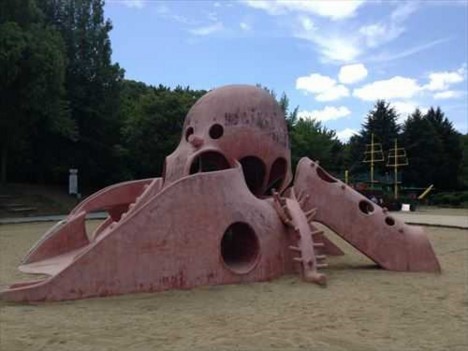 This slightly shabby octopus climbing frame seems creepier than most – which is saying something – mainly due to its spooky skull-like “head”. According to Pink Tentacle (seriously!), “Many of these octopi, if not all, were constructed by Maeda Environmental Art Co., Ltd., who says each one has a unique design.” That word… we do not think it means what they think it means. 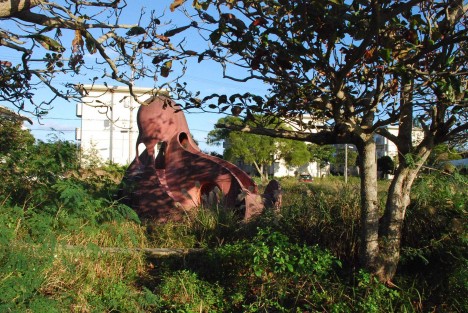 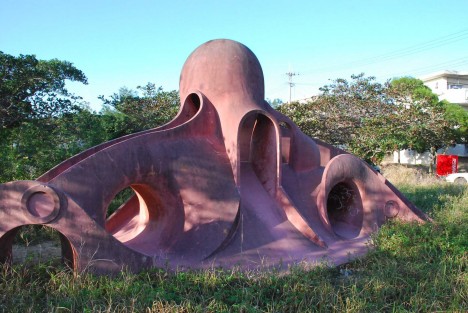 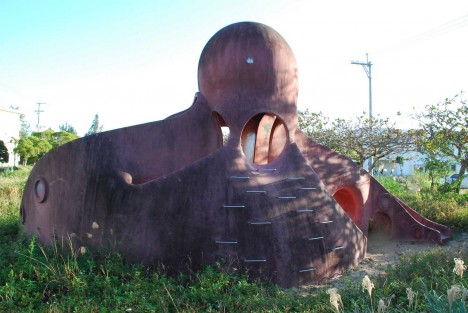 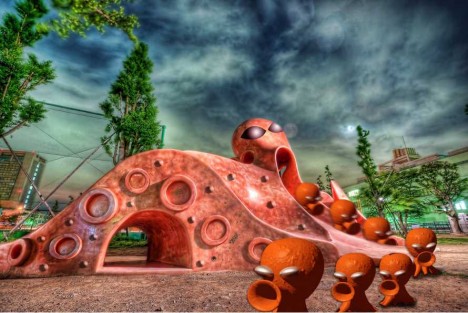 An abandoned, graffiti-encrusted octopus climbing frame lurks within an overgrown park on the island of Miyako-jima, about 190 miles southwest of Okinawa. The last census (circa 2006) placed the resident population at just under 56,000 so there should be no shortage of youngsters but then again, playing on a giant octopus by day is sure to give an island kid nightmares after dark.