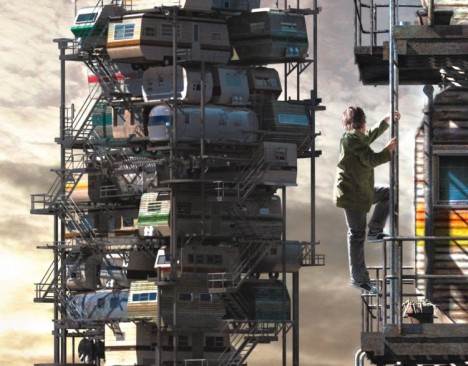 The theme of stacking mobile housing units is gaining popularity again both in reality and fiction. In the future-set science fiction book Ready Player One, author Ernest Cline’s video gaming protagonist lives in a haphazardly-stacked housing slum consisting of old trailers piled on top of one another. 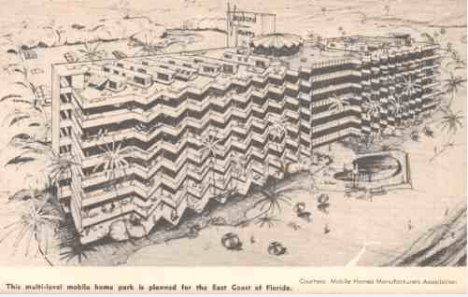 Many unrealized concepts intended for construction have been imagined, both historical and contemporary, including this parking lot-like place in Florida, a state where mobile home living is quite well established and something of this sort could potentially be quite successful. 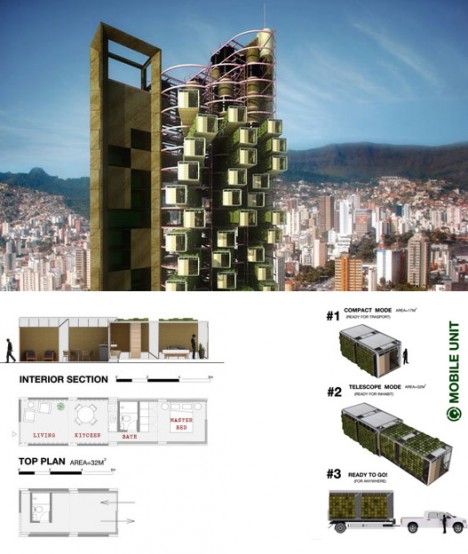 More modern and futuristic visions exist as well by designers like Felipe Campolina, whose mobile housing skyscraper features a system for delivering and removing expandable trailers at all levels. 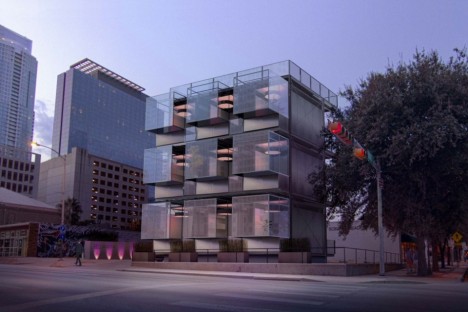 Meanwhile, in Austin, Texas, a real-life plug-and-play mobile housing solution is being built with the eventual goal of making trans-city relocations as easy as pressing a button on a mobile app. Set to open next year, it remains to be seen whether this approach will survive the test of time, unlike some of its unfortunate predecessors. h/t MobileHomeLiving