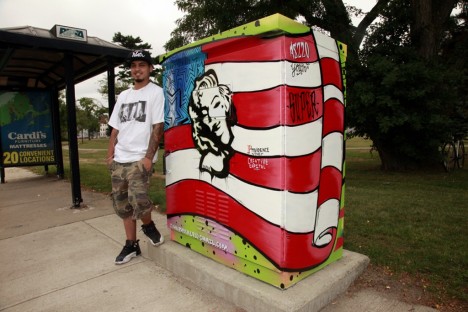 Public projects like the one commissioned by Providence’s Department of Art, Culture and Tourism help channel youthful artistic creativity in a positive direction. Take this transformer box at the Elmwood Ave West entrance to Roger Williams Park. 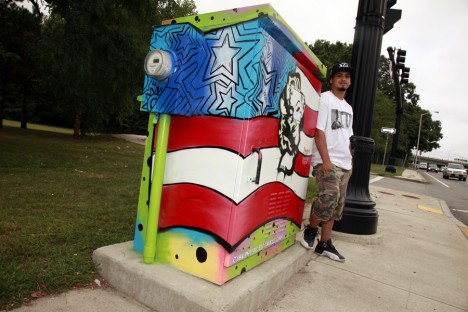 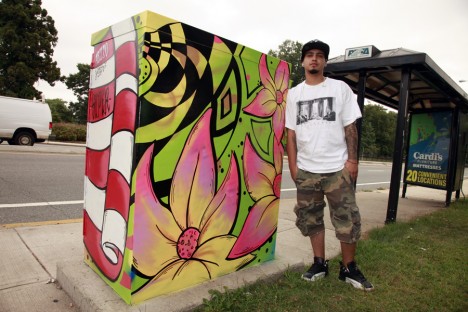 John Bhogal (above) of AS220 Youth was one of several artists who submitted designs in early 2013 and were approved by the Department of Art, Culture and Tourism. Bhogal received $250 from the city for his work and although the compensation isn’t large, he can add this project to his resume. 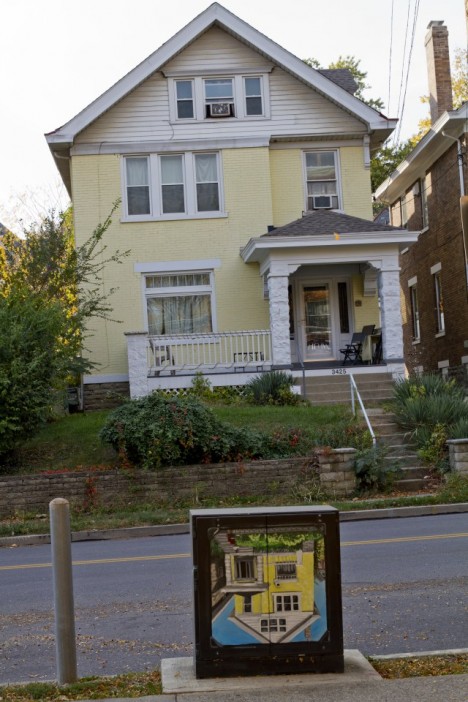 Once known as as “The historic Clifton Gaslight neighborhood of Cincinnati,” Clifton ditched flammable illumination in favor of newfangled electricity many decades ago. Nowadays, electric utility boxes are so ubiquitous they reflect the essence of the neighborhood… in more ways than one.

Nothing Shocking In Taipei 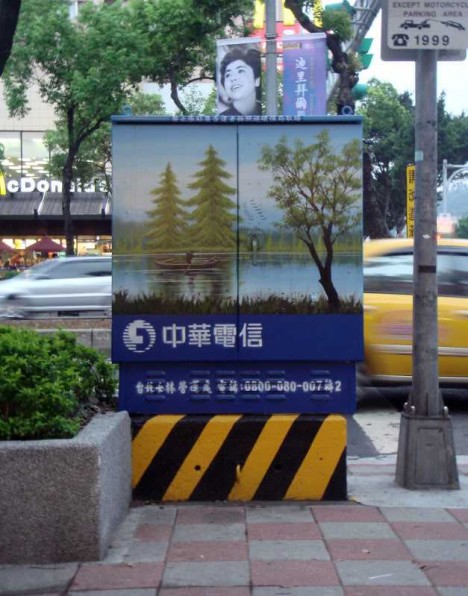 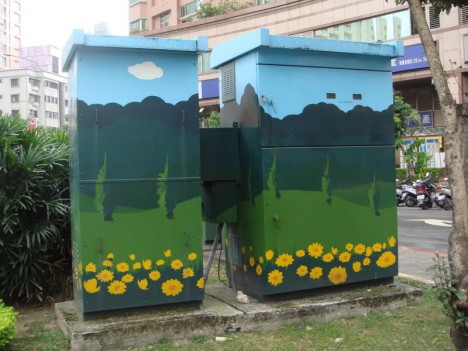 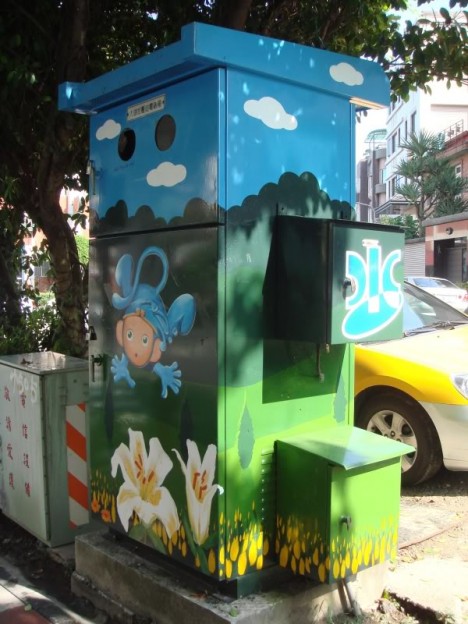 The art of decorating electric utility boxes seems to be a worldwide phenomenon though as Brian Hsu of Brian Goes To Town observes in Taipei, Taiwan, “just about every box that has been painted features a brightly colored, somewhat kitschy landscape that wouldn’t be out of place in a childrens’ book. Even so,” qualifies Hsu, “it’s an interesting concept that to some degree adds a touch of ‘friendliness’ to otherwise rather utilitarian streetscapes.” 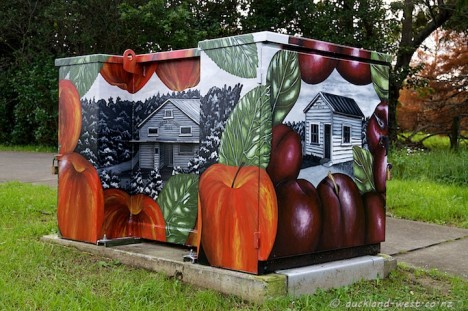 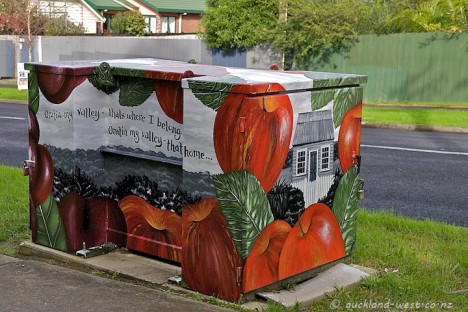 The transformer boxes in Auckland, New Zealand bore an uncanny resemblance to dumpsters – both in shape and in hue – until the city asked local artists to paint them. Mandy Patmore is responsible for several of the city’s aesthetically improved electric utility boxes, one of which (in Glengarry Road near the intersection with West Coast Road) is shown above. One might say it was a fruitful undertaking.