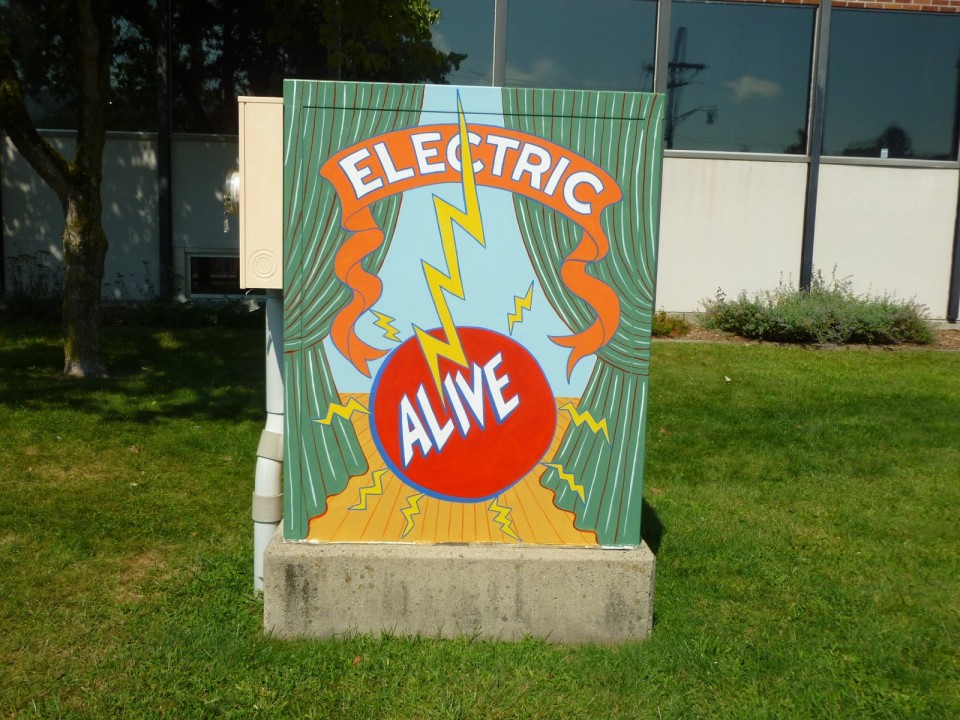 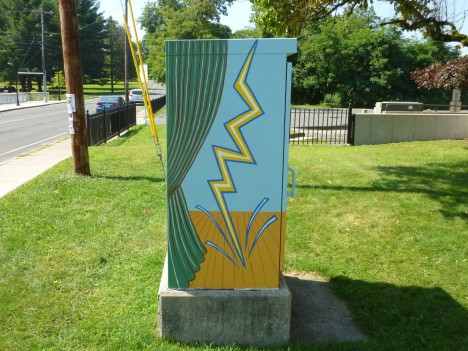 What’s in the box? Your guess is as good as Amy Johnquest’s and since she was the artist commissioned to paint this utility box in Easthampton, MA, she oughta know! Situated at 50 Payson Avenue, the artwork approved by the Easthampton City Arts and the Massachusetts Cultural Council was completed in August of 2015 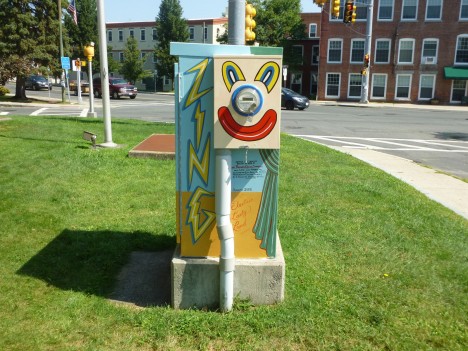 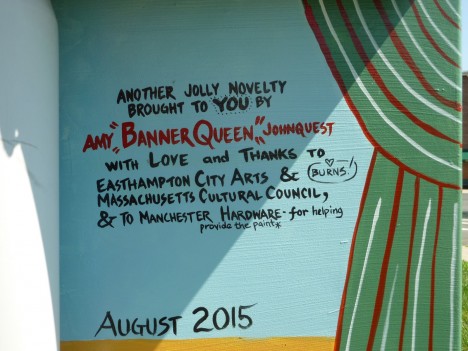 Johnquest’s bold interpretation of the utility box’s innards is “suggestive of a circus poster” according to the Photo-ops blog but one must admit, the design is both appealing and timeless. Well, except for the date. 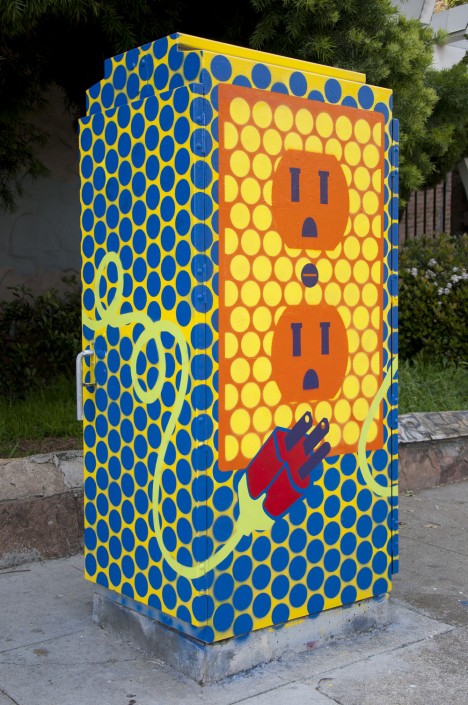 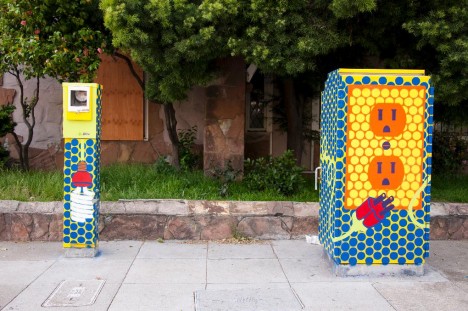 In the summer of 2014, the City of Pleasanton’s Community Services Department, Civic Arts Division introduced Project Paint Box. The first phase of the program invited selected local artists to transform 6 traffic utility boxes in and around the downtown area into bonafide works of art. One of the chosen artists, Lisa Hoffman, brings us a rare two-fer: “The Outlet” and “Florescent Bulb”, which can be found just off Telegraph Avenue at 30th Street. 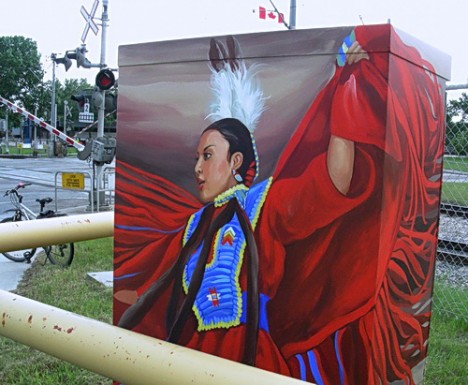 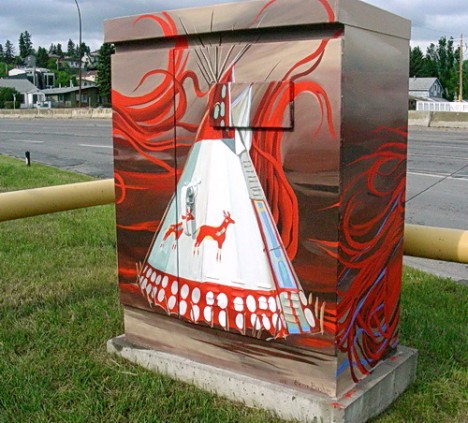 The city of Calgary, Canada “is still trying to articulate without artifice, its natural history, environment and cultural heritage beyond just cowboys and oil wells,” according to Jean of the Cycle Write Blog. One way of accomplishing this noble aim is to enlist local artists to express their vision of the Canadian city’s culture through their art – via city-owned electric utility boxes. Above are both sides of such a box located near the Erlton LRT station. 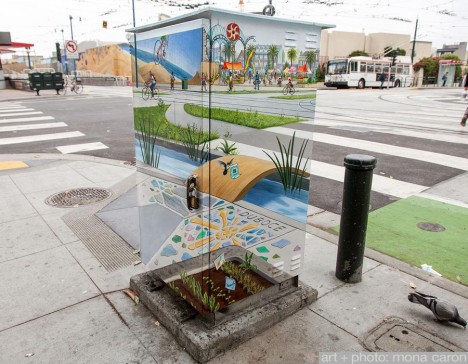 Commissioned by the San Francisco Municipal Transportation Agency, artist Mona Caron’s “Manifestation Station” projects a visionary streetscape onto a utility vault at the intersection of Church St. and Duboce Ave. While striking in and of itself, Caron’s artwork works on a number of levels. 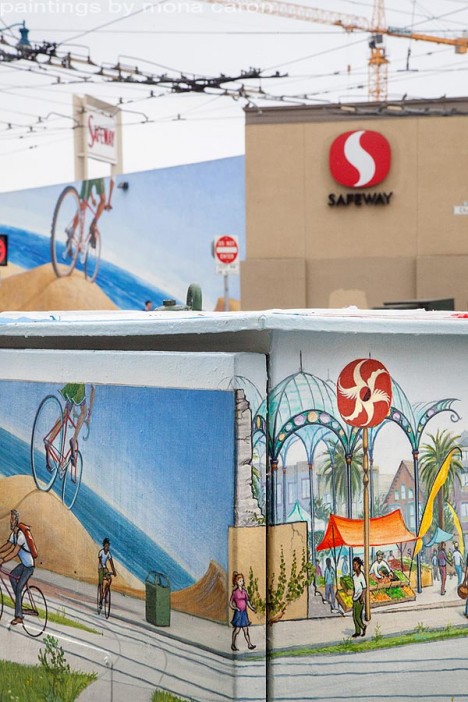 “If you look at this box from a specific point and distance,” the artist explains, “its perspective lines will match the background, providing a glimpse into an alternative reality.” Compounding the illusion, an earlier installation by Caron entitled “Duboce Bikeway Mural” can be seen spreading across the Safeway store’s left front facade.