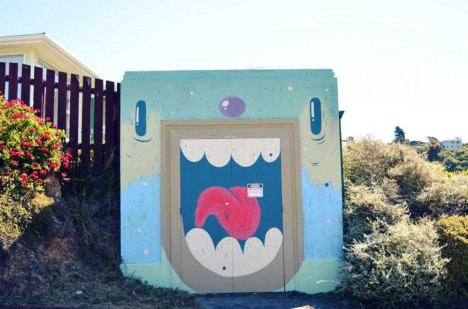 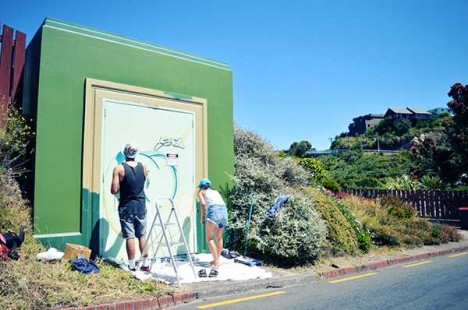 We’re not quite sure why but the majority of electric utility box artwork trends towards folk art even though the works are by accredited, professional artists. Then there’s Gwilym Devey of Wellington, New Zealand, who “painted a local transformer box with a couple of friends one sunny day over the summer break” in 2015. 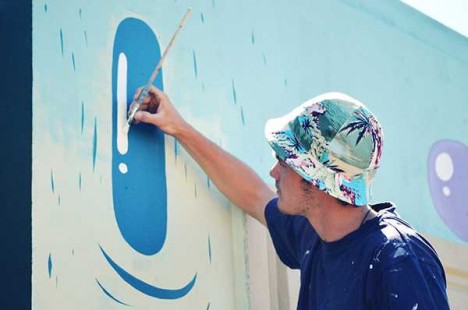 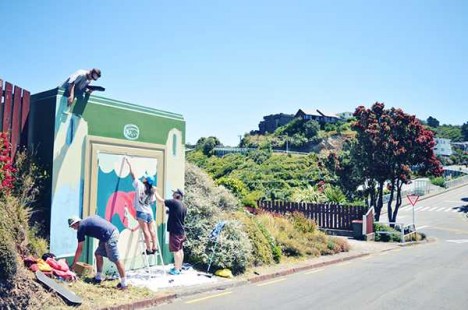 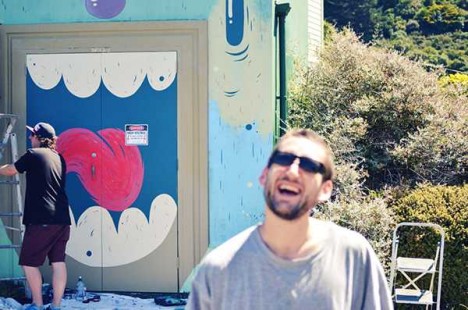 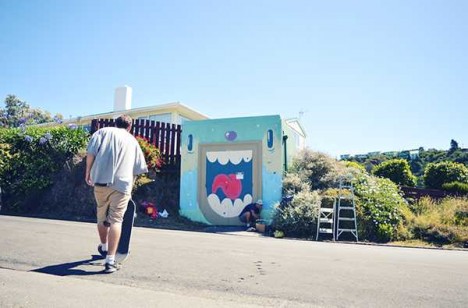 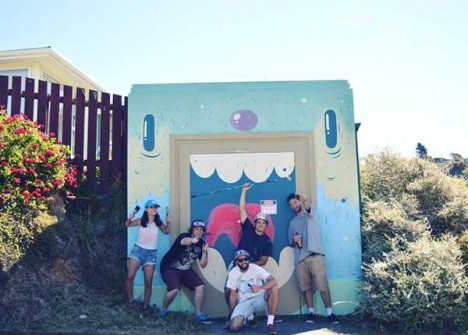 Devey doesn’t mention if the “Jolly Critter” was commissioned by local municipal authorities or not – for all we know, he and his buds brainstormed the idea and made it happen all on their own. Kids these days! Regardless, there’s no denying their raw talent and one would hope said authorities will allow their work to remain in place. 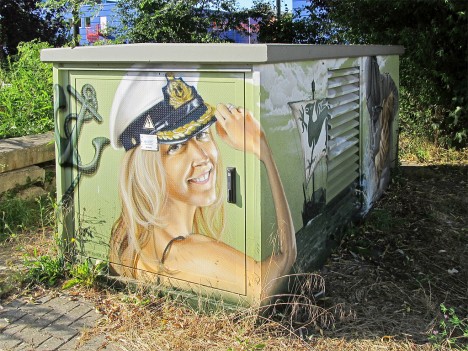 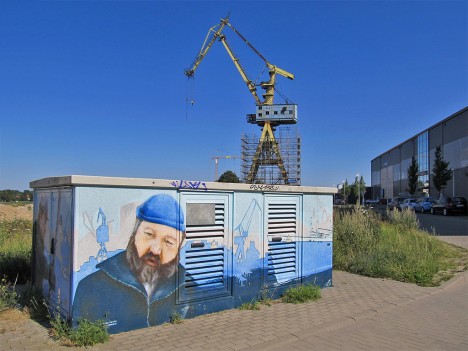 These painted “distribution boxes” hail from Rostock, Germany, and were captured for our viewing pleasure by Flickr user Patrick Scholl on July 19th of 2014. The city is situated on Germany’s Baltic Sea coast and its long history of maritime activity is celebrated on these and other decorated transformers. 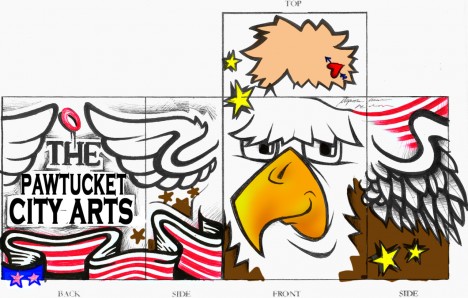 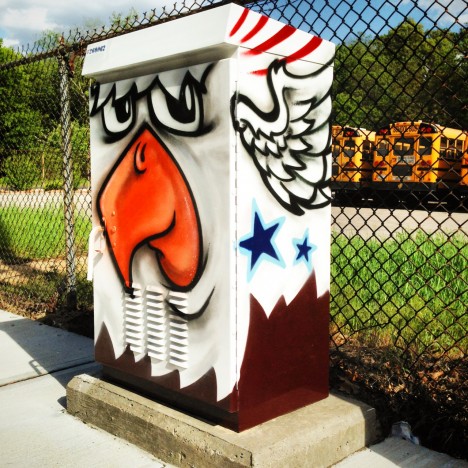 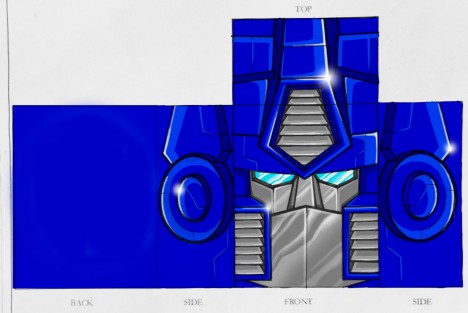 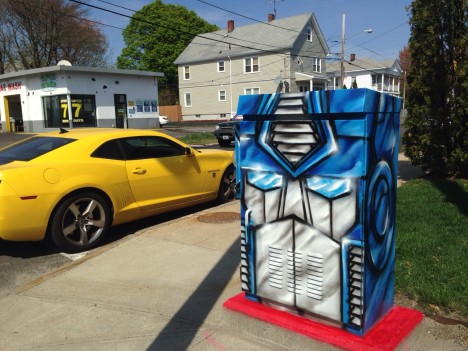 The City Of Pawtucket, RI’s utility box art project saw dozens of large and small electrical utility boxes painted by a selection of local artists. Studio EtipsOne submitted and had approved several designs in October of 2014; by the end of May 2015 both boxes were, shall we say, transformed. 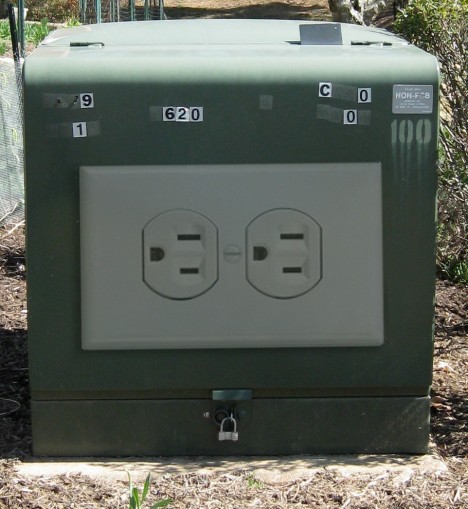 “How do I hide this ugly box?,” asked one frustrated homeowner, and since he posted his question on the internet at Houzz he’s received a LOT of suggestions. The most ingenuous yet obvious solution comes courtesy of RJM Design Inc., who provides graphic advice on how to give those frustrations an, er, outlet.