Lighting up the night sky like artificial lightning, this incredible homemade lamp boasts a 90,000-lumen output (over 100 times that of a typical Maglite) that would put the flashiest high-beams on dark roads to shame, making nighttime scenes look uncannily daylit.

Constructed by RCTestFlight and published on YouTube, the project consists of ten 100-watt LEDs mounted on a heatsink and powered by twin 8 amp-hour, lithium-polymer batteries (about the equivalent energy of 10 mobile phones). 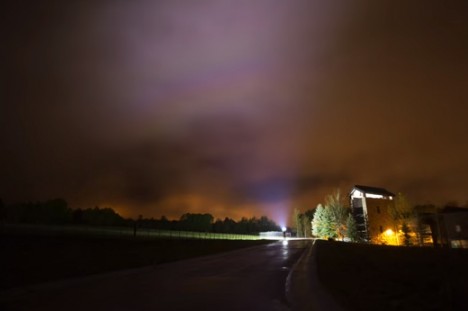 In the embedded video, you can see comparisons between car lights, streetlights, other handheld lamps and this flashlight, as well as demonstrations of lighting up clouds and mountains at a distance. Even the short-exposure shots reveal an incredible degree of brightness. 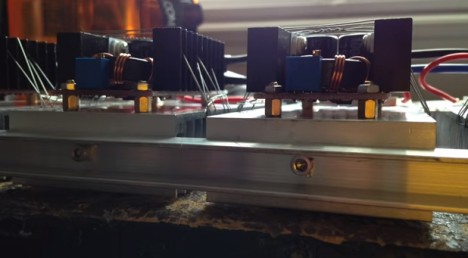 The rig uses ten 100-watt LED chips in a row, each connected to a large heatsink with bolts and thermal grease to help the heat transfer, each component tied to its own driver. Each LED has its own lens focusing light projection at around 60 degrees. 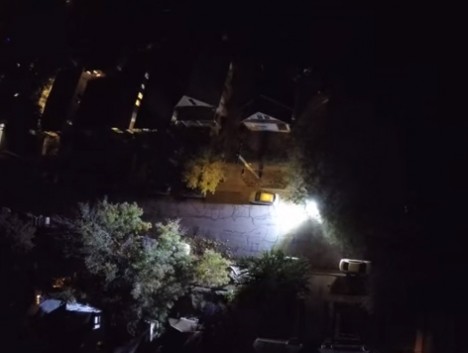 Made to burn fast and bright, the projection lifespan is accordingly limited: it can only run for about ten minutes and gets hot even faster than that. Cooling fans would be useful if longer blasts were needed, but for short bursts the system holds up just fine.

It shines bright in part due to LEDs trumping halogens, but also the various engineering details that help optimize for power and heat. The device can turn well-lit rooms into sun-bright spaces and even outdoors, at closer than 100 feet, it is basically blinding.