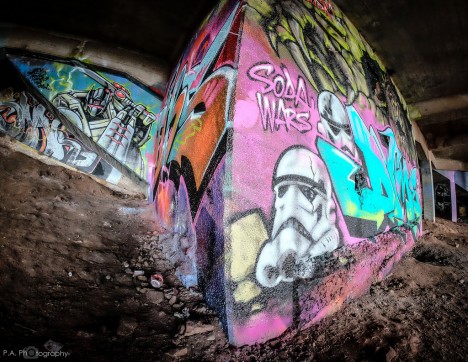 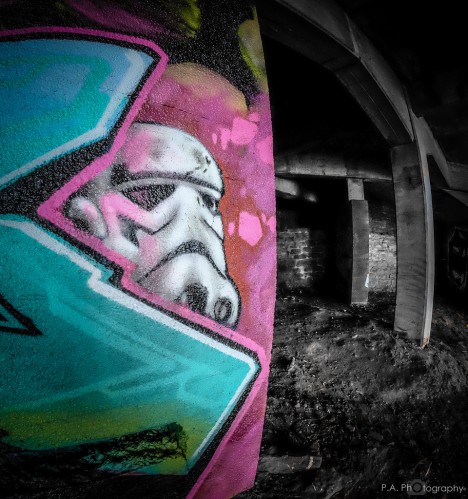 PA Photography/Phil Andrews snapped this brilliant Star Wars-themed mural on December 16th, 2015, in Colwyn Bay, northern Wales. Other movie characters such as Darth Vader and an AT-AT walker highlight the extensive and colorful mural that according to Andrews is likely the work of “Dime One,” aka Andy Birch. 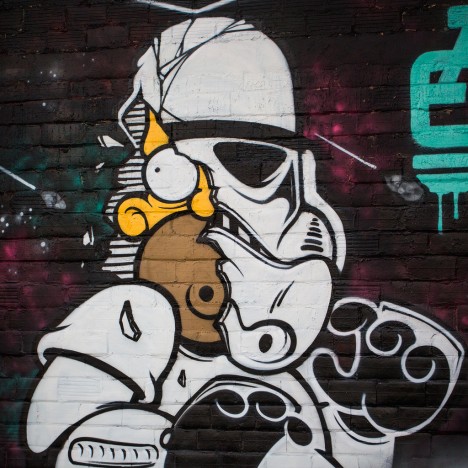 Yo dawg, I heard you wanted some pop culture with your pop culture so- er, thanks Xzibit, we’ll take it from here. Flickr user Thomas Hawk captured this cross-cultural Taste of Oakland on October 19th, 2013. 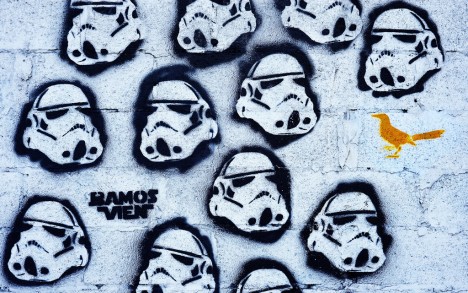 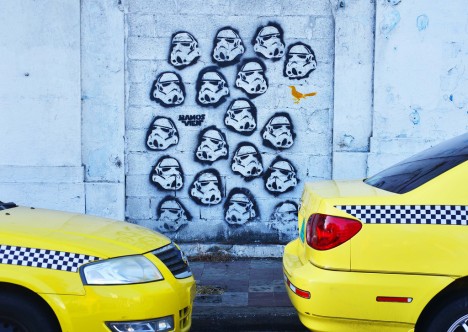 Have stormtrooper stencil, will travel… in this case, to Panama City where one less wall remains graffiti-free. Flickr user orientalizing snapped the above images on March 20th of 2015 while visiting Ancón, a suburb of the Panamanian capitol. 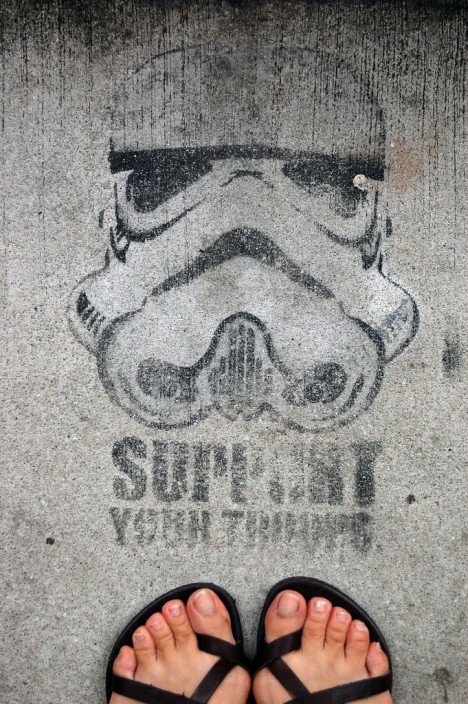 Flickr user Cynthia Chang (cynchang) went to extremities – her own – when she captured this sardonic stormtrooper stencil on January 4th, 2010. The stencil was sprayed onto concrete somewhere on Middle Road in Singapore. Hmm, don’t they cane offenders there for littering with gum in a public place? Bet whomever sprayed the above stencil worked quickly and looked around often!

They Shall Not Underpass! 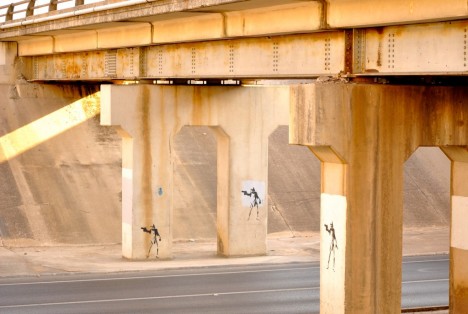 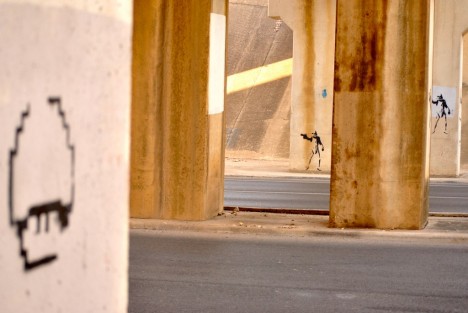 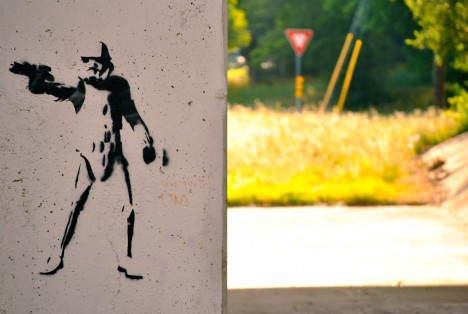 Flickr user Phil Butler (phikapphil) captured this squad of striking stenciled stormtroopers under an Austin, Texas-area bridge on April 29th of 2011. Butler’s timing was, er, timely as within a week rebels working for the City had painted over the stencils with boring flat gray paint. Your tax dollars at work! 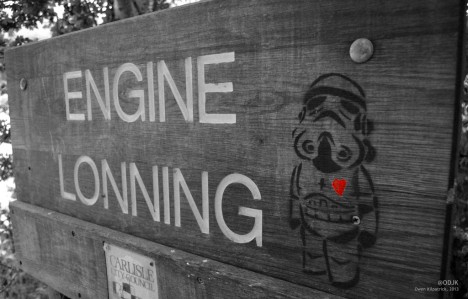 Flickr user Owen (Owen Kilpatrick) snapped this solitary “Heartfelt Stormtrooper” imprinted onto a sign in Engine Lonning, a modern green belt park located near Hadrian’s Wall in northwest England. Perhaps the artist was comparing these mythic warriors from a long time ago in a galaxy far, far away to imperial Roman legionaries from slightly nearer in space and time.