No need to get too concerned about a robot uprising just yet, if the finalists at last year’s DARPA Robotics Challenge are any indication, but that doesn’t mean the field hasn’t made some impressive advances. Typically developed by Boston Dynamics with funding from the US Defense Advanced Research Projects Agency, most recent robotic creations were created to someday take the place of humans in dangerous scenarios like disaster response and war. We may still be a long way away from robot soldiers (which are, frankly, kind of terrifying), but DARPA and the teams that participated in the challenge have still produced some impressive results. 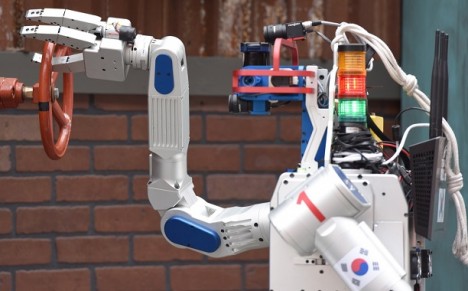 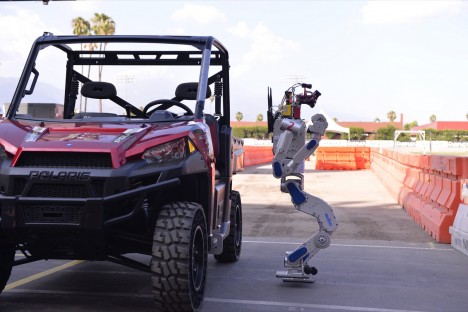 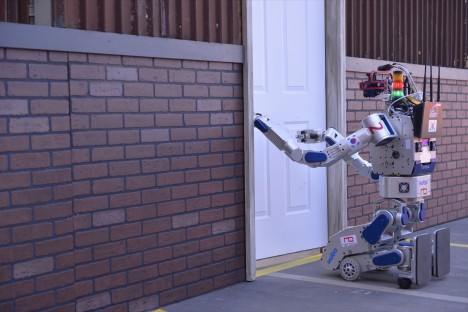 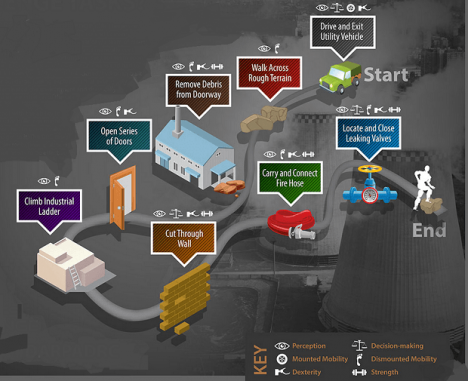 Held from 2012 to 2015, the DARPA Robotics Challenge was a bit underwhelming for robot fans, resulting in more funny GIFs of robots falling than amazing feats of robotic technological prowess. The entrants used the tall and gangly ‘ATLAS’ humanoid robot technology developed by Boston Dynamics as a base, and then made their own improvements. The goal was to develop semiautonomous ground robots that can complete “complex tasks in dangerous, degraded, human-engineered environments.” South Korea’s Team KAIST won with its DRC-HUBO, beating 23 other teams from around the world. The robots were tasked with opening doors, operating valves, driving cars and climbing flights of stairs. By the final challenge, where the robots had to take more risks, there was a lot more toppling, including one that fell so hard it lost its head. 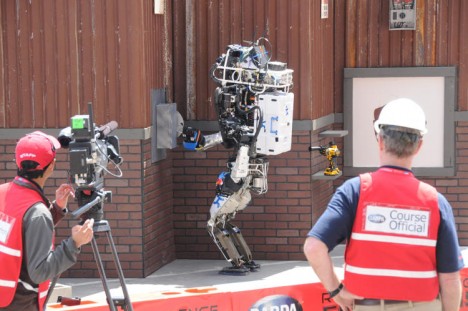 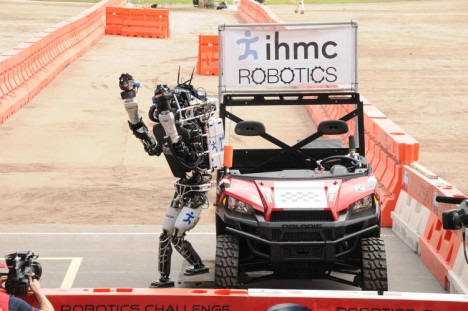 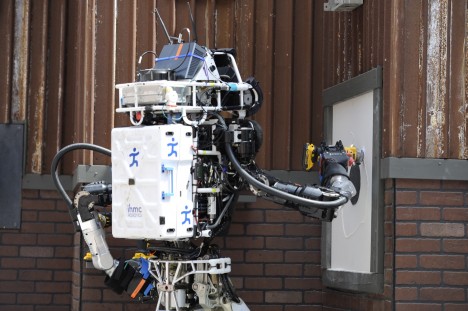 Crowd favorite Running Man, by Team IHMC, was particularly adept at walking and balancing “in a complete whole-body control algorithm,’ hence its name. This guy took the lead early on and was only edged out by DRC-Hubo during the final challenge. Running Man successfully drove a Polaris off-road vehicle all the way down a dirt track, got out, walked to a door and opened it before successfully completing several more drills, but then fell and couldn’t right itself twice in a row. While the bots were being remotely controlled by their human operators for part of the time, they generally had to figure things out on their own. 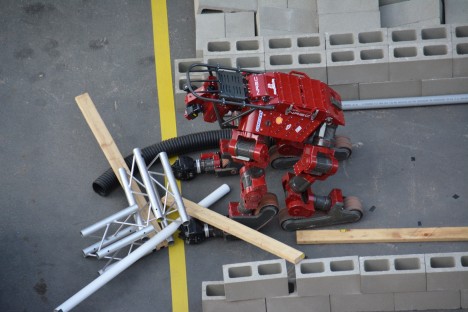 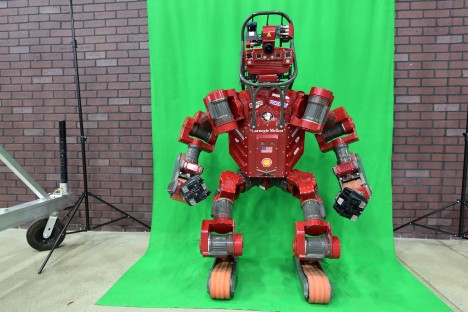 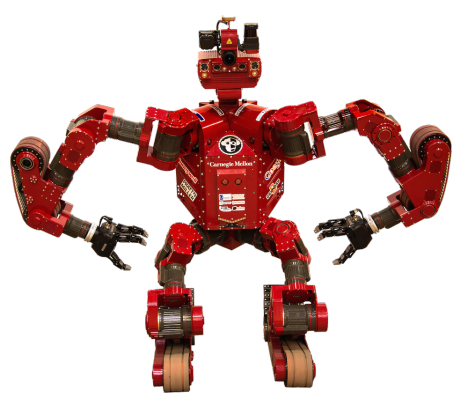 Looking significantly less humanoid than the other challengers, Carnegie Mellon’s CHIMP dominated the challenges early in the competition, completing all eight tasks and picking itself up after falling. Designed to go virtually anywhere, the all-terrain bot moves on all four of its limbs, which is pretty cool to watch when it’s scaling vertical surfaces on ladders or working itself up to a full run. None of these robots move at lightning speed (one DARPA official likened the pace of observing the competition to watching a round of golf) but they’re doing some pretty cool things nonetheless.

Lockheed Martin’s Team Trooper produced the ‘Leo’ robot, named for Leonardo da Vinci. This bot stumbled when it started to close an open valve but then stopped midway through, requiring human intervention. Lockheed focused on the ability for a human operator to assist Leo at varying levels of autonomy, from sending commands to pick up tools to planning arm and finger trajectories manually if the robot was required to use an entirely new type of tool. It’s easy to see how this ability could translate into real life, helping robots carry out life-saving tasks like shutting valves at a malfunctioning nuclear power plant.