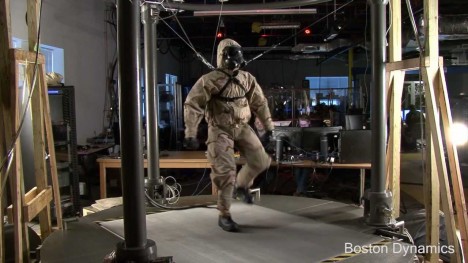 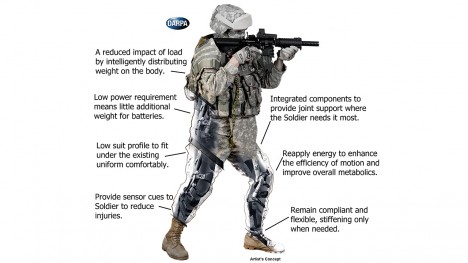 This humanoid robot is more than a little creepy when it’s all suited up in camouflage and wearing a mask. The Protection Ensemble Test Mannequin – or PETMAN – is capable of climbing stairs, doing pushups, jogging in place and even regulating its own internal temperature by sweating. It can balance itself, walk and perform other actions while being exposed to chemical warfare agents that would maim or kill human soldiers. The biggest hurdle to using a robot like this one in the field is that it can’t tell the difference between civilians and soldiers. 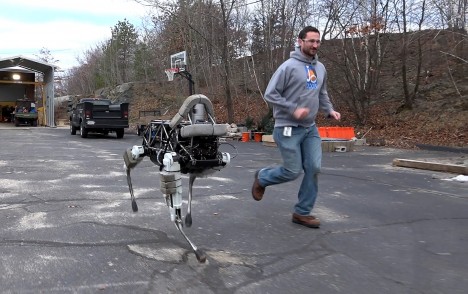 Like a miniature version of BigDog, ’Spot’ lumbers around on four legs, tagging along with soldiers through all sorts of environments. At 160 pounds, the bot is especially useful for scouting out tight spots before humans enter, and can be controlled from up to 500 meters away. It can recover and right itself after being kicked over (though somehow it still seems kind of cruel to kick a robot dog.) Like its bigger predecessors, it was shelved in December 2015. 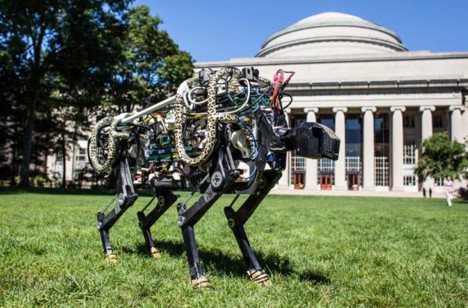 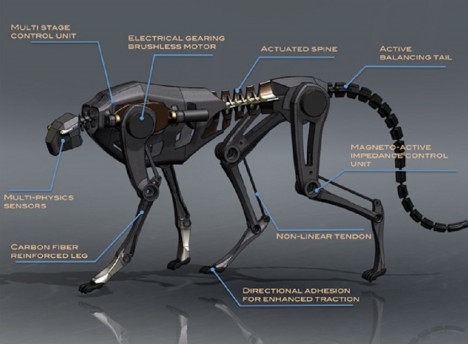 It’s not hard to see why outlets like Wired have called MIT’s robot cheetah ‘terrifying.’ It can run as fast as a human being and jump over hurdles up to 18 inches tall without any operator assistance or the need to slow down. A new sensor system enables it to ‘see’ using reflections from lasers to map terrain. It’s not the only robot cheetah in development, but it’s faster and quieter than the one developed by Boston Dynamics (the sleeker, more visually cheetah-like design seen above.)