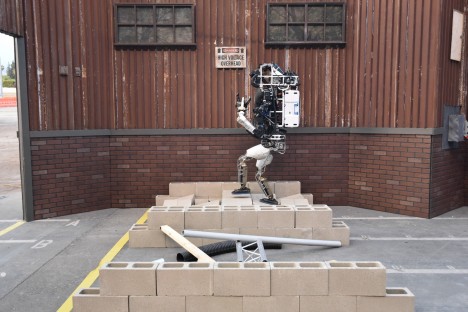 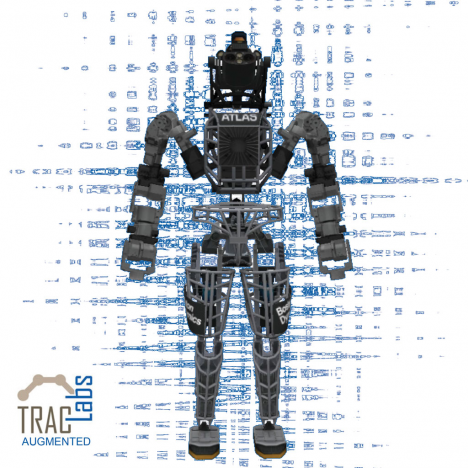 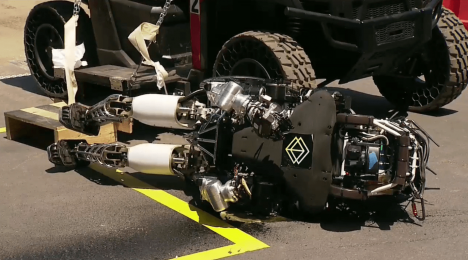 Hercules, developed by TRACLabs, had a couple of particularly spectacular falls during the competition. The only robot developed by a small business team, Hercules was specially designed to navigate rough terrain, and did successfully make its way over a couple obstacle courses, albeit very slowly. Hercules ultimately landed in the top 6, but didn’t make it all the way through to the end. 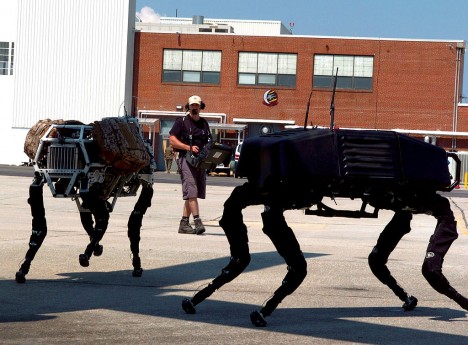 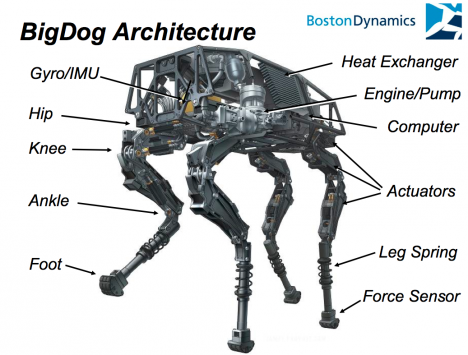 Created by Boston Dynamics with funding from DARPA, BigDog was the program’s first quadruped robot, intended for use as a pack mule that could move across surfaces unsuitable for wheels. Three feet long, 2.5 feet tall and weighing 240 pounds, BigDog could run at 4 miles per hour and carry 340 pounds. Built into its body are 50 sensors measuring the altitude and acceleration of its body as well as the motion and force of joint actuators, engine speed, temperature and the hydraulic pressure inside its internal engine. Powered by gasoline, BigDog was ultimately too loud for use in combat, and discontinued. 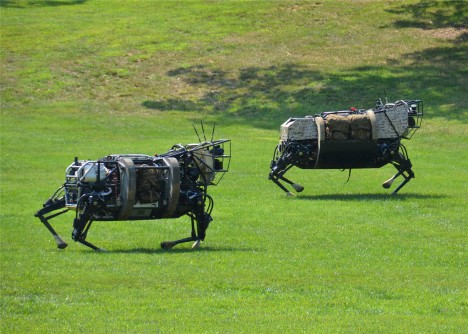 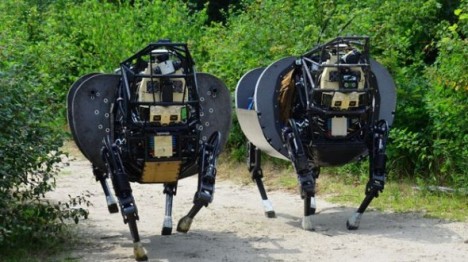 Also envisioned as a pack horse for a squad of soldiers or marines, the Legged Squad Support System (LS3) was BigDog’s more capable sibling. Roughly the size and shape of a horse and capable of moving 400 pounds of cargo over uneven terrain, LS3 was most impressive for its nimble and nearly-silent movement. It could run at 7 miles per hour over flat surfaces, and trot over rocks. Soldiers operated it using voice commands so they could have their hands and attention free for more pressing tasks. It did have some trouble traversing hills, occasionally falling over but generally able to right itself. Developing it cost $42 million in total, yet it was put into storage in late 2015 due to challenges repairing it in the field and figuring out how to integrate it into a traditional Marine patrol. No future experiments or upgrades are planned.