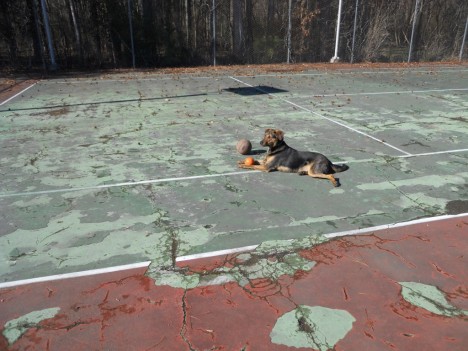 Nothing like a little tennis to get you through the dog days of summer, even more so if you’re an actual dog. According to Project Minify, “our ‘mixed use recreational area’ – AKA the abandoned tennis court – is the only place near home where he can play off leash. He likes to gather all of the balls on the court in one place and then sit on them like a broody hen.” Sign that pooch to an ITF contract! 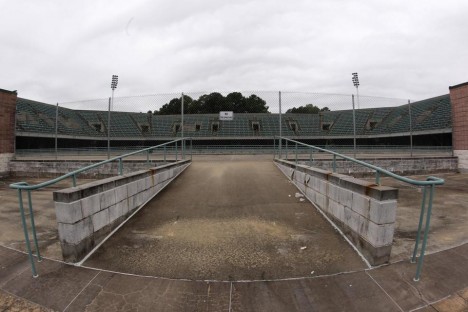 Neglected olympic facilities in Athens, you say? No, not that “Athens”… try 1996 Summer Olympics, not 2004. The Stone Mountain Tennis Center located about 50 miles west of Athens, Georgia, cost $22 million to build and by 2007 the 12,000-seat facility was closed, abandoned and neglected. Your tax dollars (not) at work! 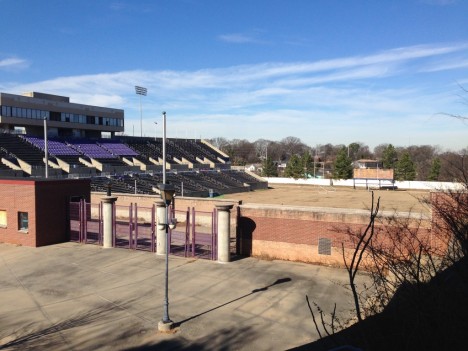 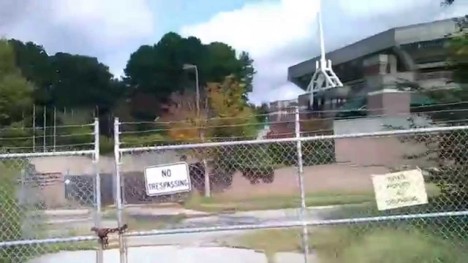 Cost estimates for refurbishing the center range as high as $200 million and though many proposals have been floated (zombie storage?), none have moved forward. “Nothing has changed,” according to Bob Cowhig, director of Planning and Development with the Stone Mountain Memorial Association, which owns the tennis center. “We’re still open to potential developers.” Good luck with that, Bob. In the meantime, let YouTube member Jason the Bear take you on a video walking tour (circa August 2015) of the abandoned tennis center’s chain link fenced and barbed wire-secured exterior.

Disorder In The Court 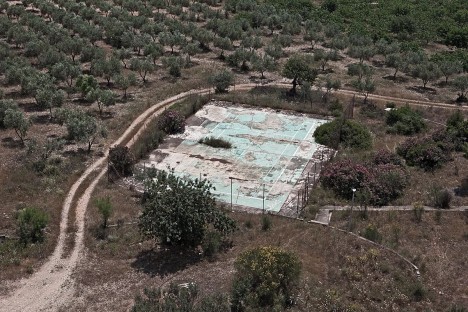 How did photographer Dietmar Eckell find this desolate and deserted tennis court, let alone achieve an apparently airborne POV for the shot? Something tells us a drone was involved. Eckell has mastered the art of  isolated abandonment photography so one can’t blame him for keeping his trade secrets to himself. 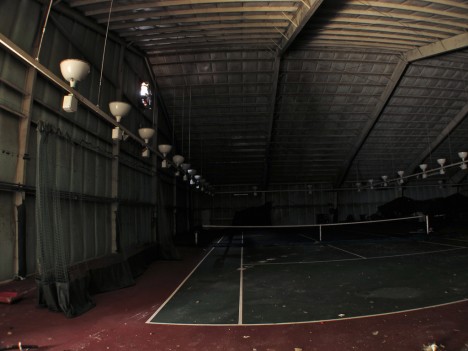 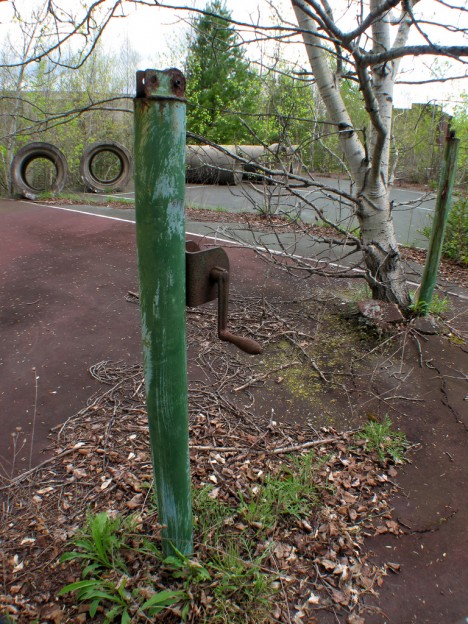 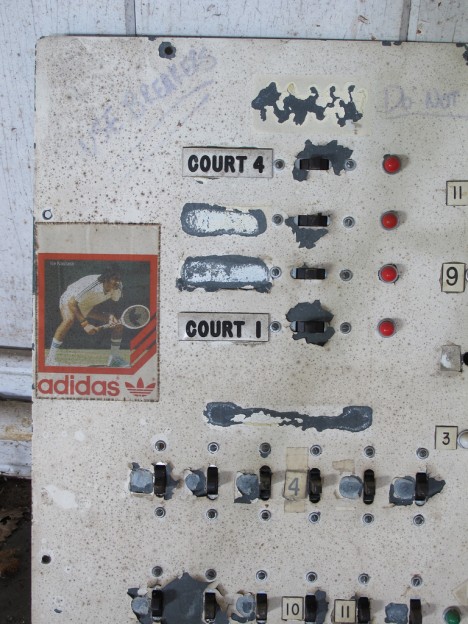 Flickr user Mycophagia scored a rare double-header on May 4th, 2012 by snapping both indoor and outdoor abandoned courts at the so-called Sea Monkey’s Inn. Information is sadly lacking on the Sea Monkey’s Inn; was there really such a place? For that matter, were Sea Monkeys really monkeys of the sea? We want to believe! 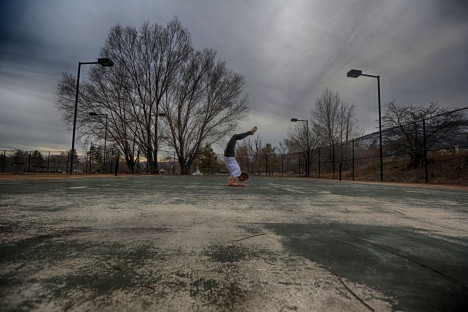 Who or what is Pincha Mayurasana and is it really the new Planking? Tumblr user reidrobison espied one fairly flexible yoga practitioner er, practicing the celebrated Feathered Peacock Pose on an unknown abandoned tennis court. So, what have YOU done today… and where have you done it?