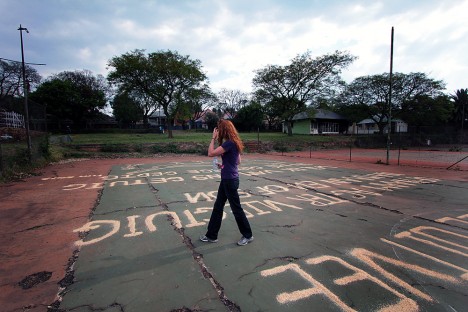 We don’t know what you’re talking about so here’s an abandoned tennis court in Johannesburg’s Faan Smit Park used to print (in birdseed, naturally) a larger-than-life poem in Africaans by Hennie Meyer. Why? Just beak cause. 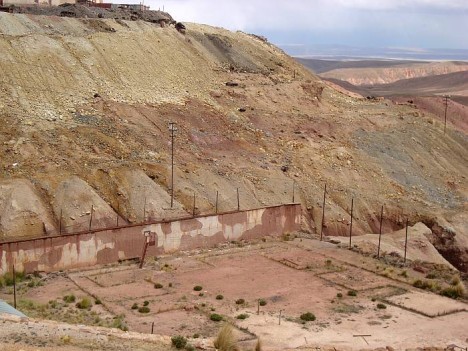 Founded in 1833 and mostly abandoned by 1960, the ghost town of Pulacayo, Bolivia once housed miners exploiting the world’s second-largest silver mine. Nice to know recreational facilities like tennis courts were built to help the miners and their families blow off some steam. 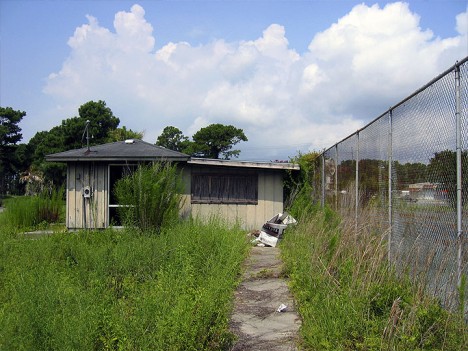 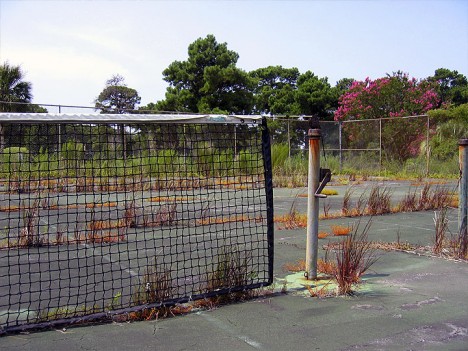 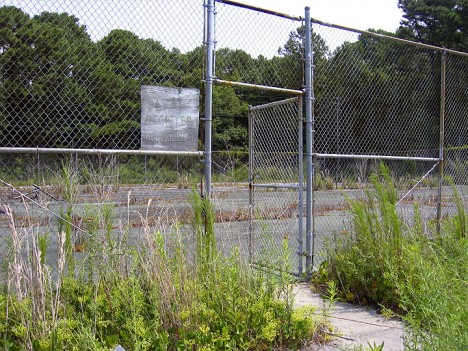 What are the odds this abandoned and overgrown tennis court in North Myrtle Beach, SC has been repaired or replaced in the decade since these scenes were shot? Not great… the hometown of Wheel Of Fortune’s Vanna White isn’t the vacationer-magnet it once was. 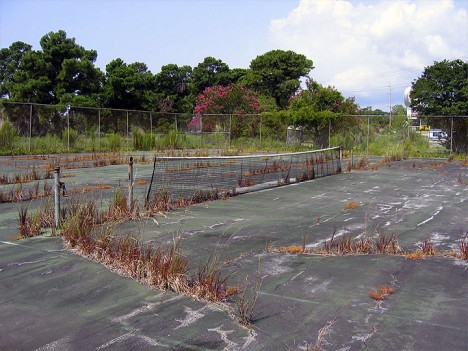 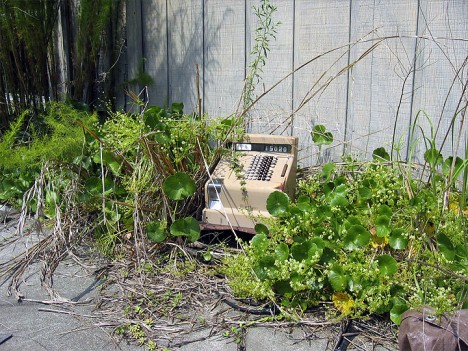 The same can be said for the above abandoned tennis courts captured in all their back-to-nature glory by Julipstyle.com in July of 2006. 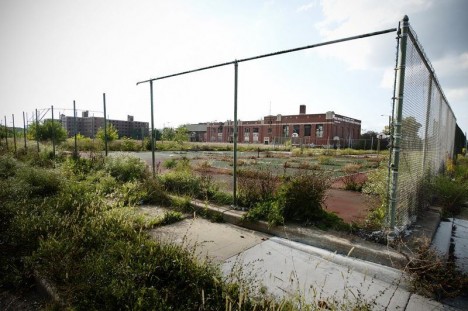 Tennis, in my blighted urban Detroit? It’s less likely than you think – that is, if you’re like most folks who can’t imagine this stereotypically upper-crust sport being played on the mean streets of Motown. Kudos to Savannah Cox of All That Is Interesting for posting the photo above, which manages to invoke a sense of extreme creepiness even though the scene was shot in broad daylight. 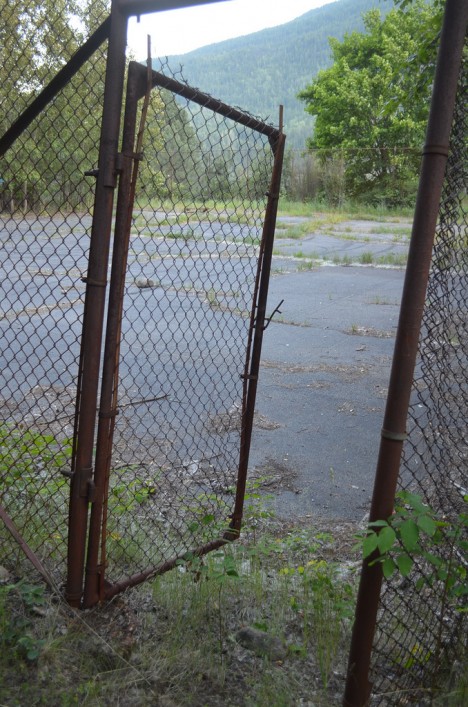 Just imagine the agonizing squeal of rusty hinges and nothing else, as the Robson tennis courts near Kootenay, British Columbia have been abandoned for about 20 years. One wonders if Flickr user Steve Hoodicoff walked through this “welcoming” door after snapping the slightly eerie scene on July 9th, 2012… and, if he ever walked back.