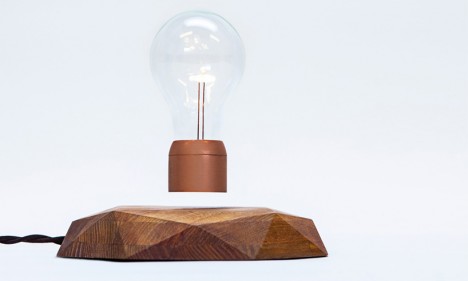 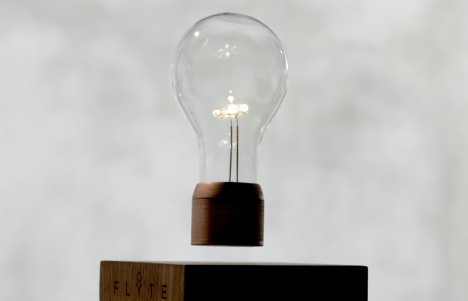 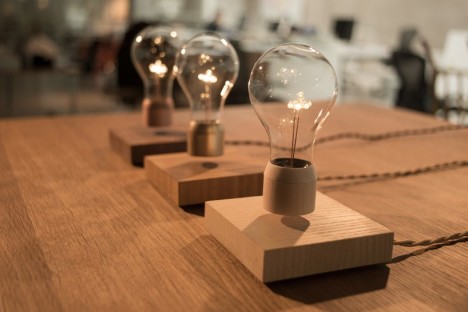 Retrofuturists will get a kick out of the Flyte, which marries the look of old-fashioned Edison bulbs with wireless technology and a futuristic magnetic base so they float. The bulbs are actually low-energy LEDs and get their energy through the air. You touch the base to turn the light on and off, and when you pull the bulb away, you can use the base to wirelessly charge a smartphone. 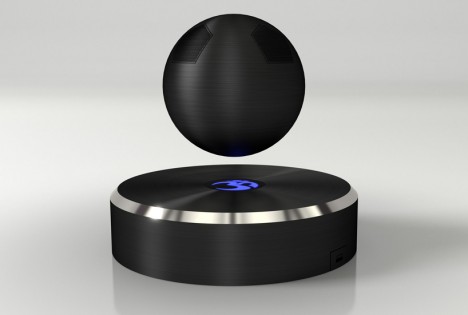 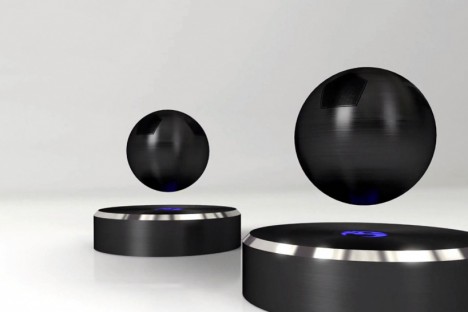 A black sphere rotates above a circular base, streaming wireless music or acting as a microphone. The OM/ONE is “the world’s first levitating bluetooth speaker,” playing for up to 12 continuous hours at 70% volume per charge. If you’re not into the Death Star look, it’s also available in a Disco Ball version. 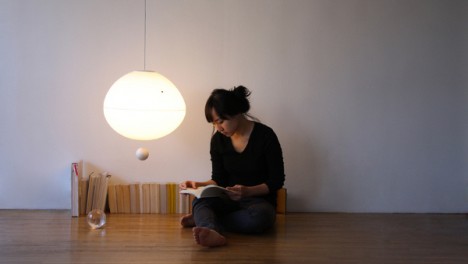 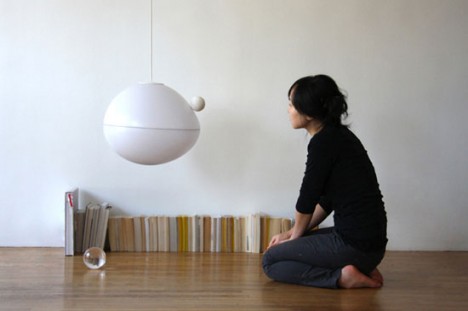 To turn on this lamp, you pull off a sphere that’s magnetically attached to its side and place it at the base so it hovers below the shade, somehow managing not to do the normal magnet thing where it slides off to the side if not held in place. 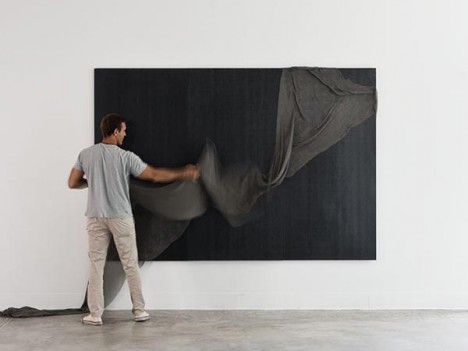 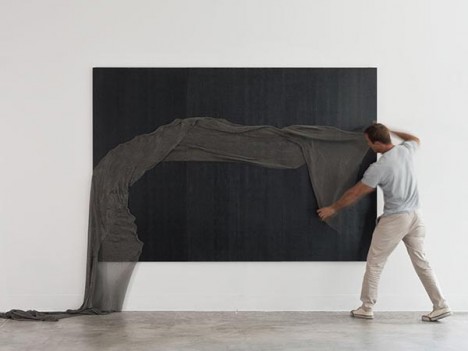 This magnetic wallpaper design by Luis Pons Design Lab combines a magnetic panel with decorative metal mesh so you can drape and arrange it artistically in minimalist compositions, but it also seems like it would be fun to use the system to hang other objects, with or without the mesh. 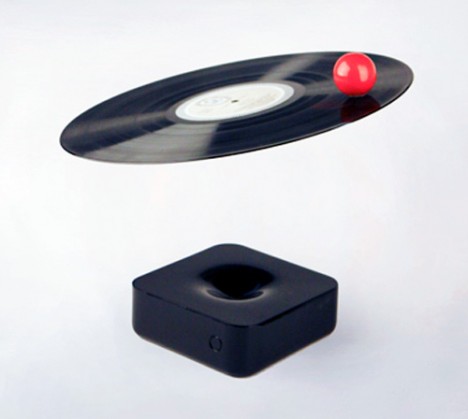 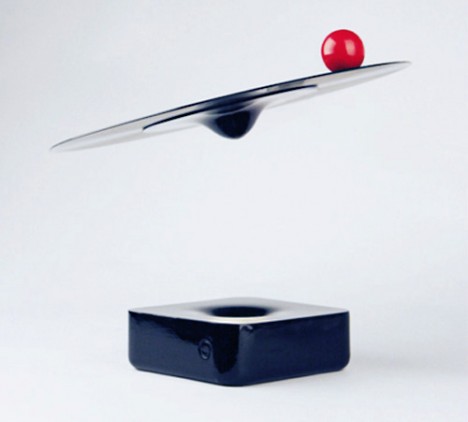 A carrier and dock embedded with a magnetic, auto-calibrating control system hovers any standard LP in the air as it’s playing, with a red sphere on the top containing the needle. Reminiscent of the world’s smallest LP layer known as the ‘vinyl killer,’ the sphere of the VOID has a built-in motor that keeps it spinning as it plays. You can alter how high the record floats with touch sensors on the base unit.