A tiny abandoned church dating back to the end of the Civil War reflects the reserved reverence exhibited by its long-scattered African-American congregation. 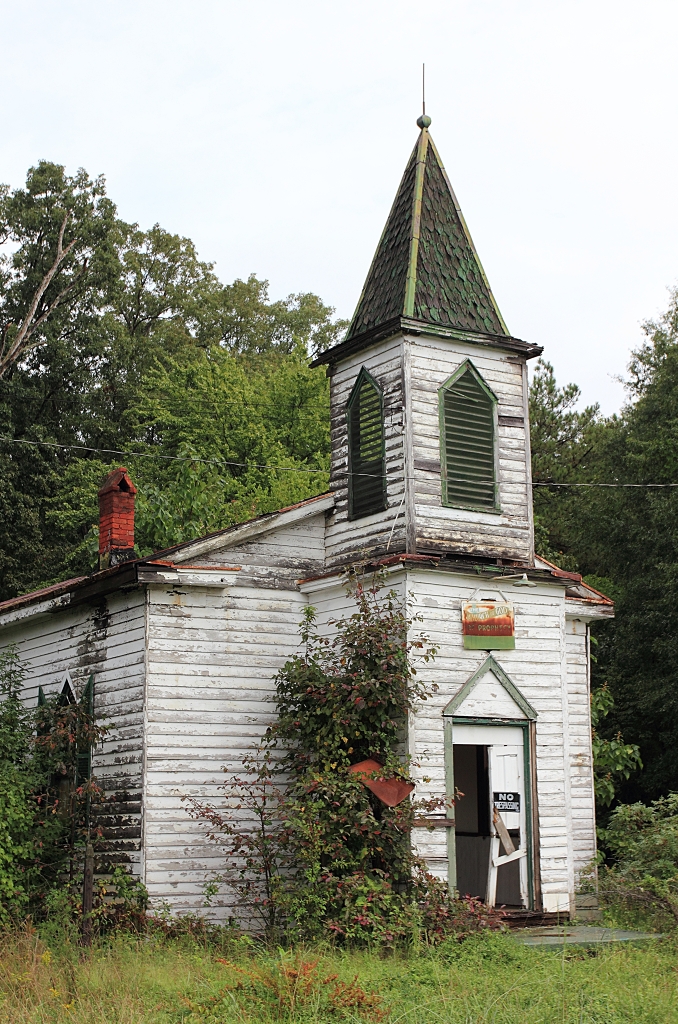 This long-abandoned Church of God of Prophecy can be found on the north side of Mt Olive Lane, just off the Patrick Henry Highway (U.S. Route 360) in Amelia County, Virginia. The nearest town – “unincorporated community”, actually – is Chula, several miles to the northeast. The city of Richmond proper lies a few more miles eastward. 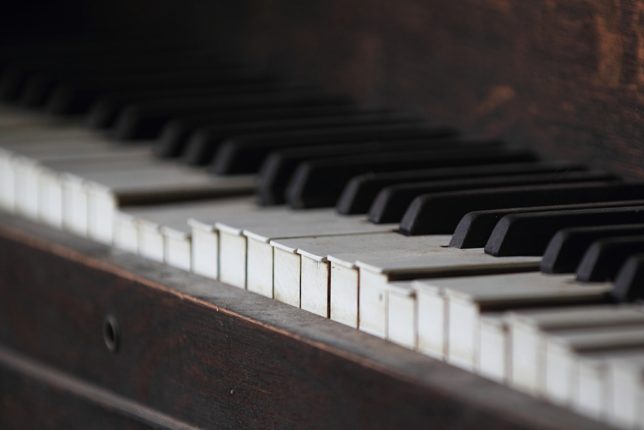 According to at least one source from March of 2015, this particular church was built around 1866 and its original name was the “Mount Herman Presbyterian Church… and served as an African-American place of worship” The source further stated that when she contacted the local historical society, their spokesperson related that “when she moved to the area forty-five years prior (roughly 1970), the church was abandoned and to this day it still is.” 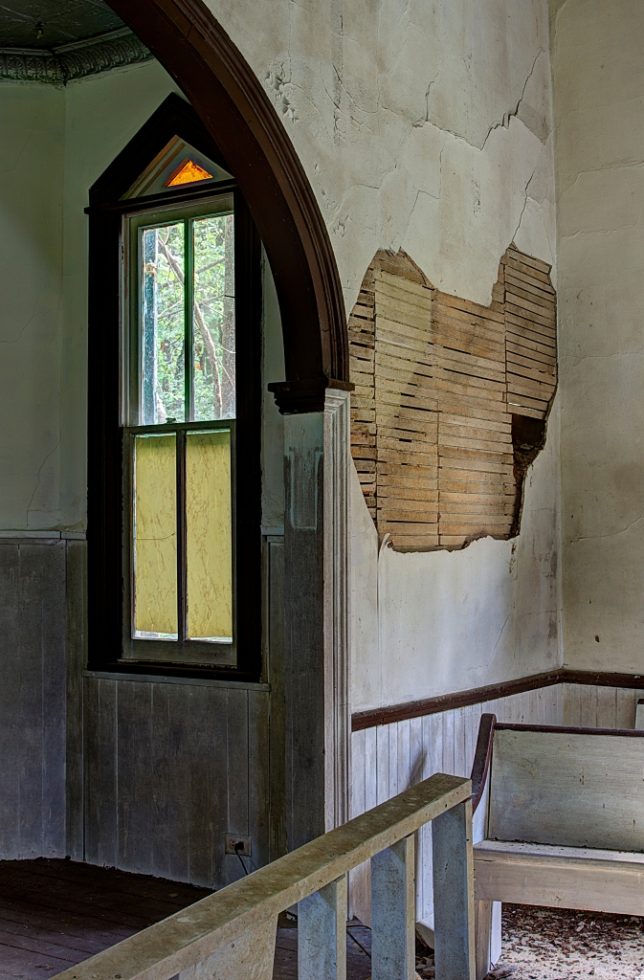 Photographer and urbex explorer Joel Handwerk visited the so-called “Tiny Church” somewhat recently, and the images featured here have been selected from a 9-photo set posted at his online showcase: Lithium Photo. Kudos and credits to Joel for his usual stellar effort, his keen eye and practiced camerawork revealing the timeless and ethereal atmosphere exuded by this church within and without.