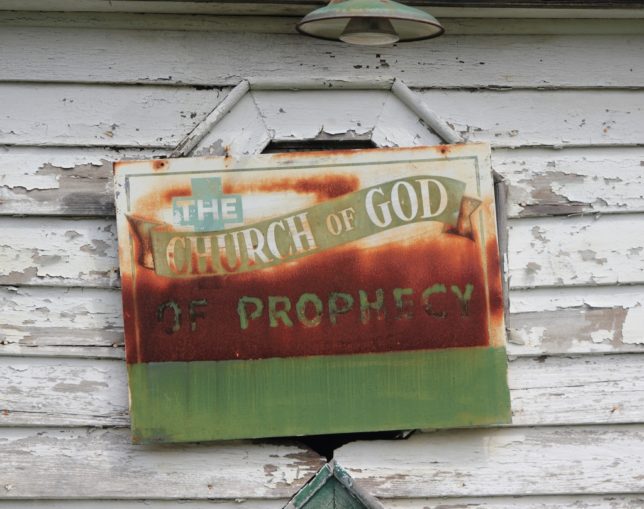 While we can’t be sure when the former Mount Herman Presbyterian Church changed its name (and presumably, its rituals) to The Church of God of Prophecy, the general history of the latter is well-known. Founded in 1923, this Holiness Pentecostal (Protestant) church is still going strong today. Over 1,500,000 members (as of 2006) belong to congregations and missions in at least 130 countries, including the USA where just shy of 85,000 members attended 1,871 churches as of 2008… though not this one, not anymore, and not for quite some time. 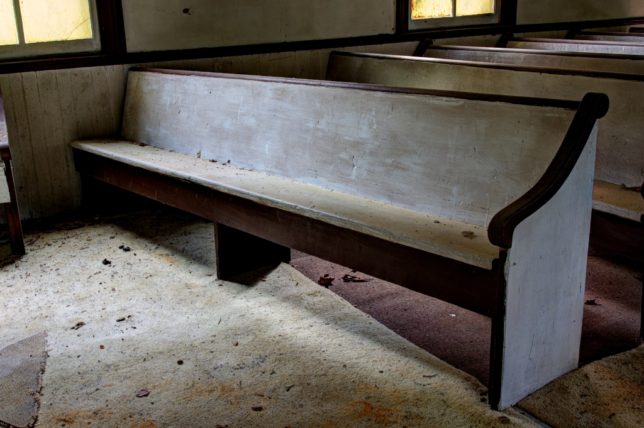 Virginia’s history has been tumultuous at times, which is admittedly an understatement. Even so, it’s quite likely many descendants of this abandoned Church of God of Prophecy’s last congregation still live in and around Amelia County.

Room with a Pew 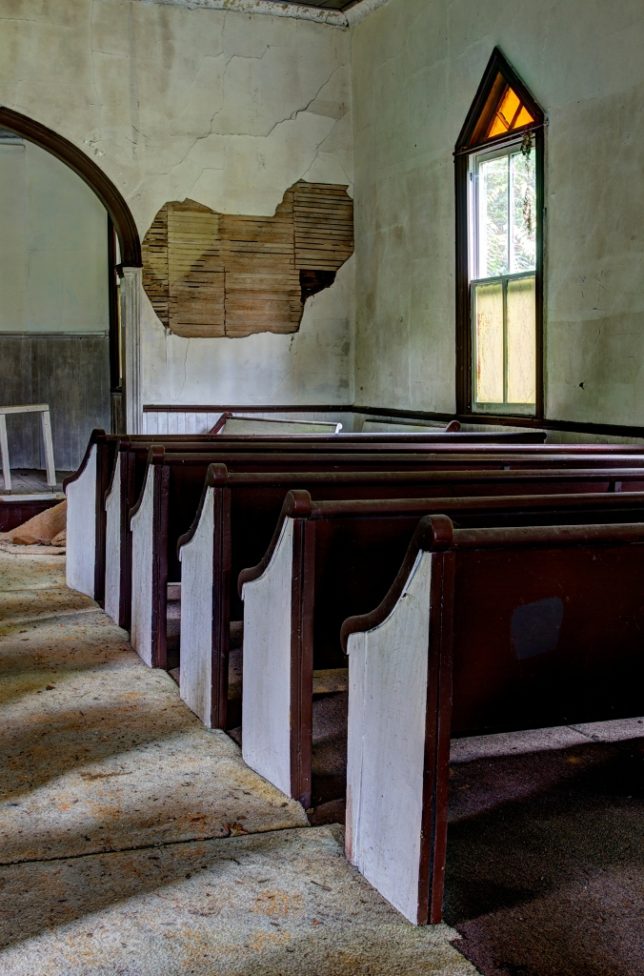 Don’t assume they’re all dressed up with no place to go each Sunday, mind you. Quoting commenter Kayla Vandyke once again, “There is a church just down the road from there that also served as a church and school and is still used to this day.” All we can say is… Amen to that. (All images © 2019 Joel Handwerk)