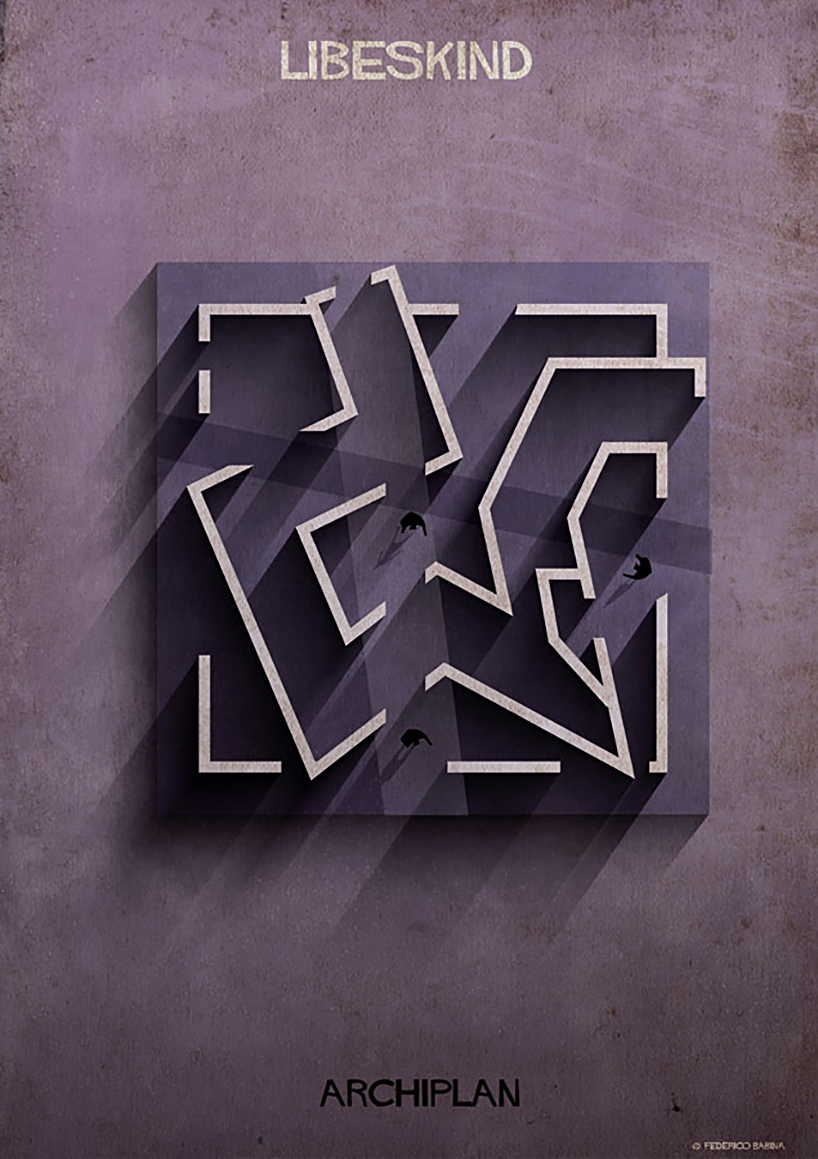 The most fundamental blueprint of a building is its floor plan, which organizes the spaces to be occupied, creating a footprint to be extruded into three dimensions. In his ARCHIPLAN series, Federico Babina splits the difference, pulling elements up high enough to form mazes for exploration. 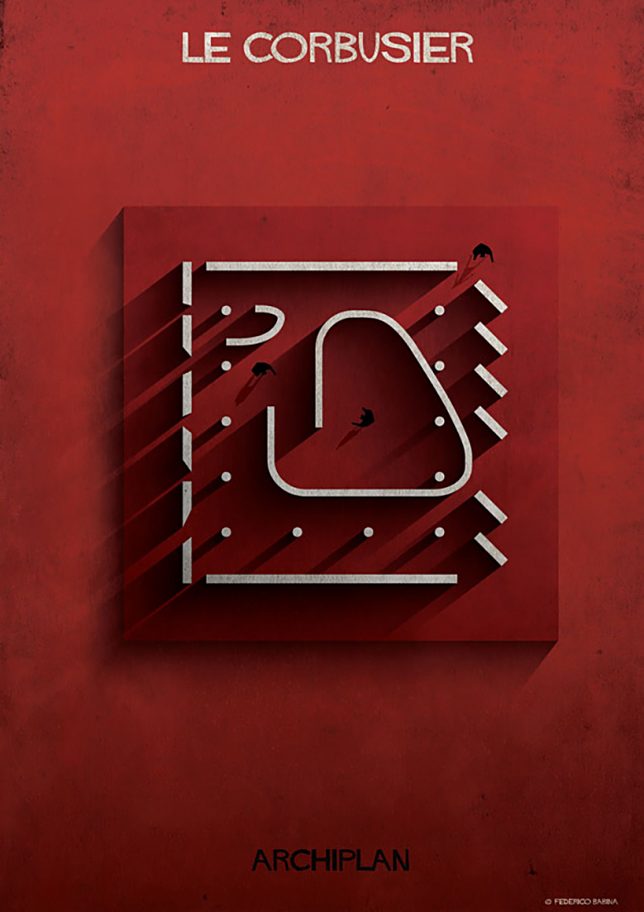 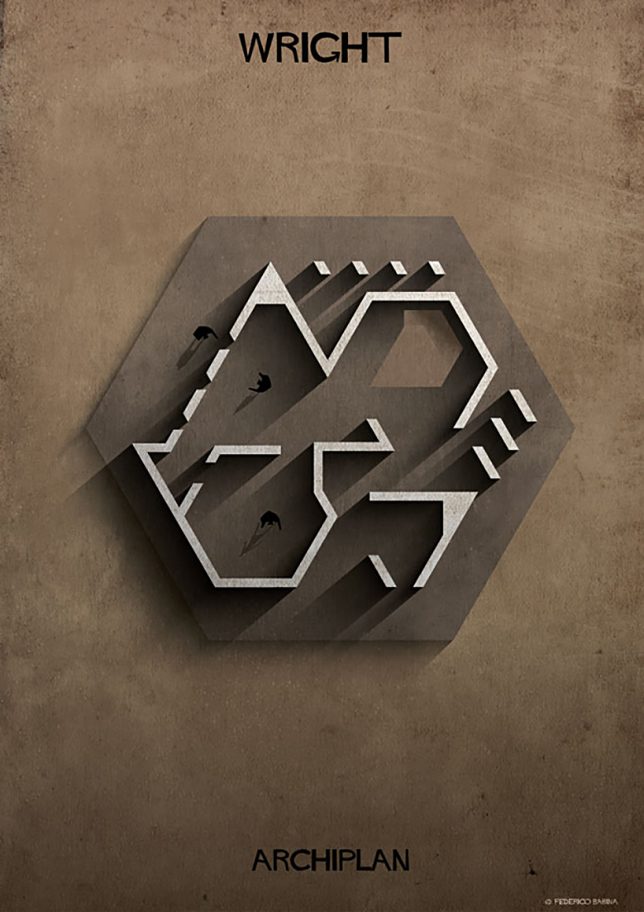 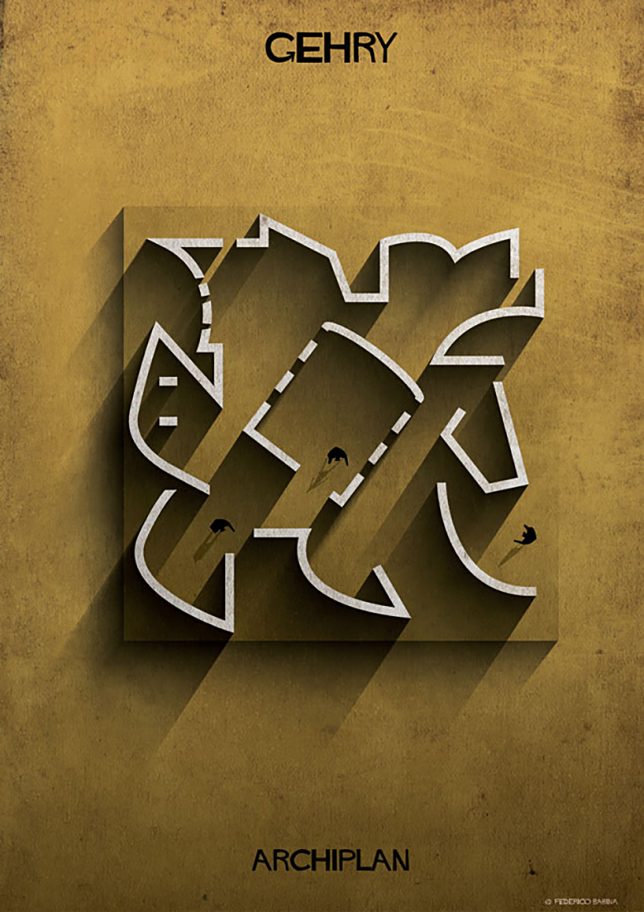 His set of 25 compositions includes works by Le Corbusier, Mies van der Rohe, Louis Kahn, Zaha Hadid, Frank Gehry and other famous architects both past and present. In each case, a critical classic work is selected then, its plan extrapolated upward and its spaces filled in with roaming characters. 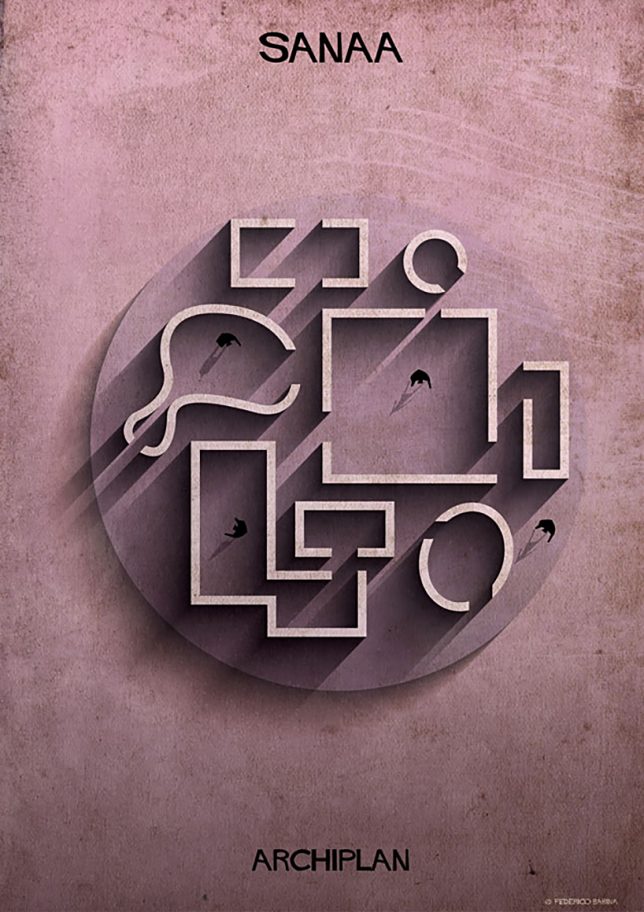 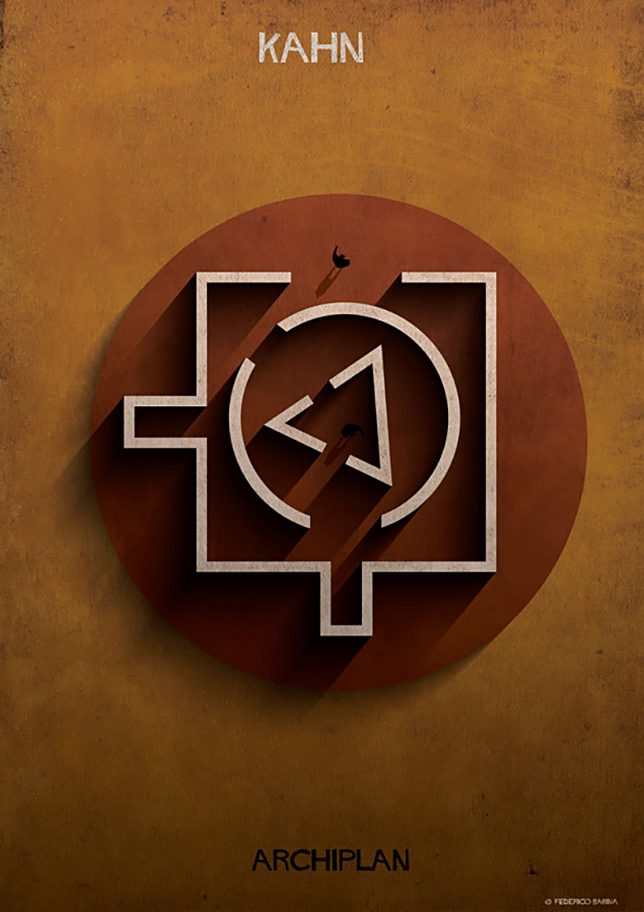 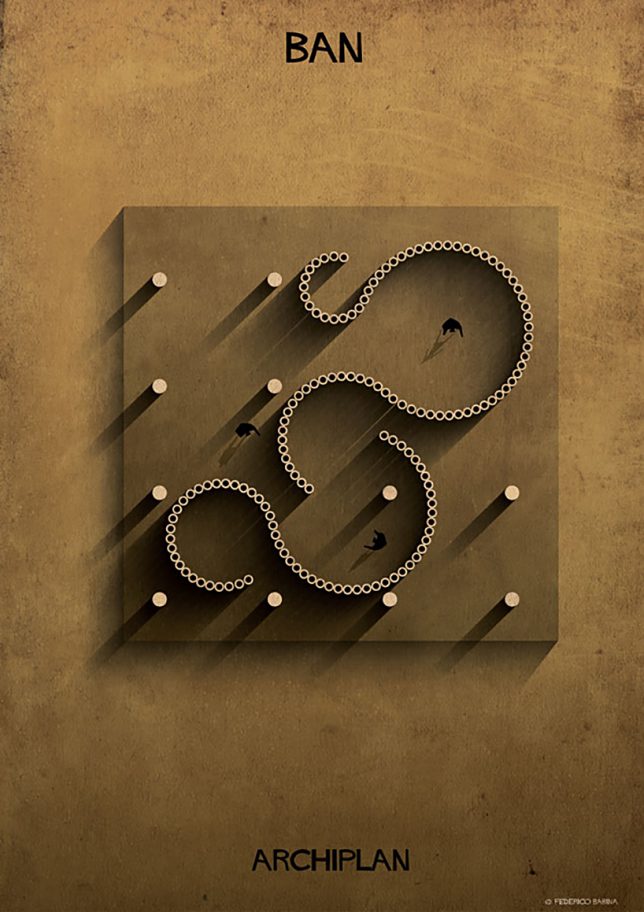 In some cases, the cutaways are particularly revealing – the work of Shigeru Ban, for instance, represents experimentation with various materials like paper and bamboo, reflected in the hollows in the sliced drawing. 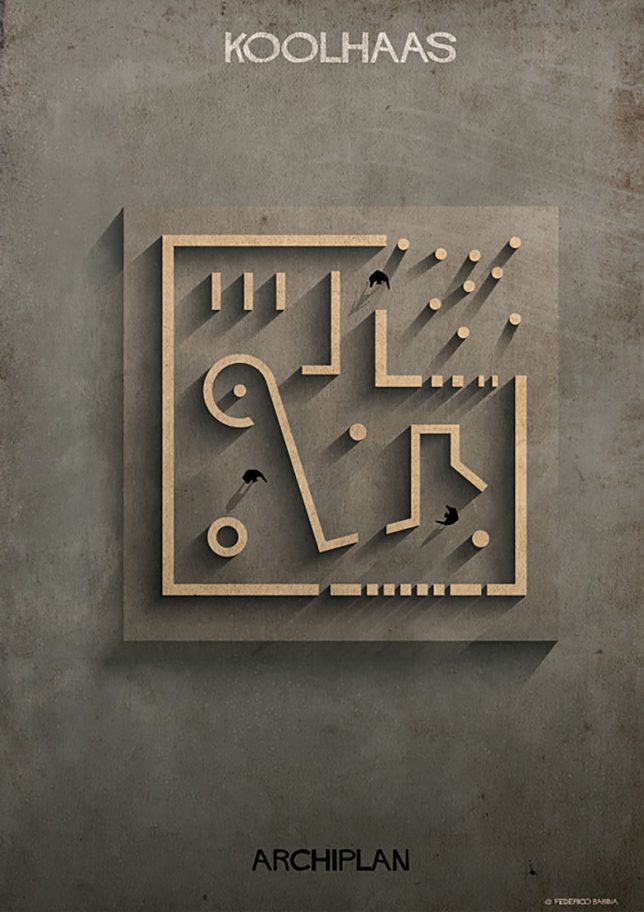 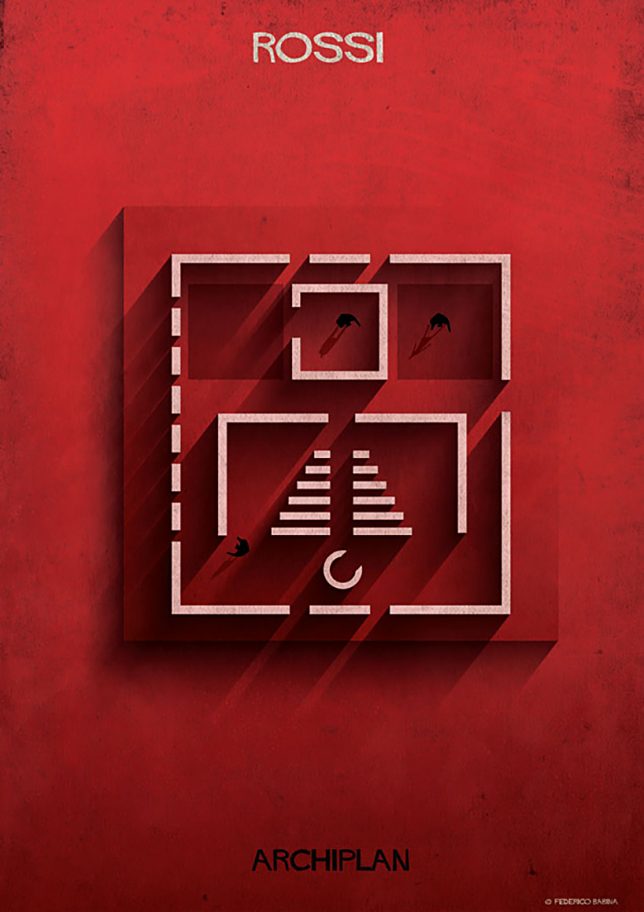 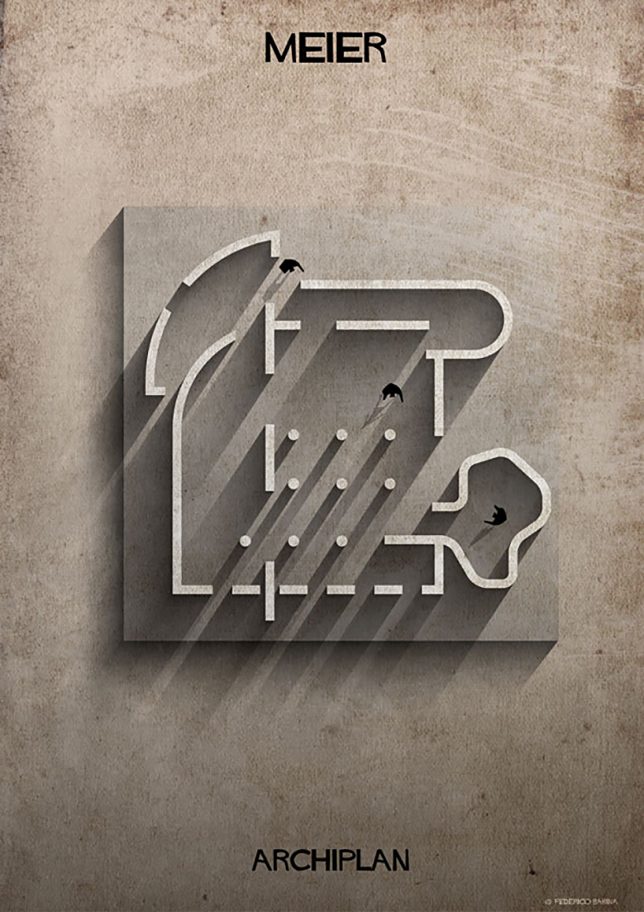 Solids and voids are shown through shading, shadows and light. These visual distinctions highlight straight and curved surfaces, walls and columns, while also revealing something about the stylistic approach of each designer. 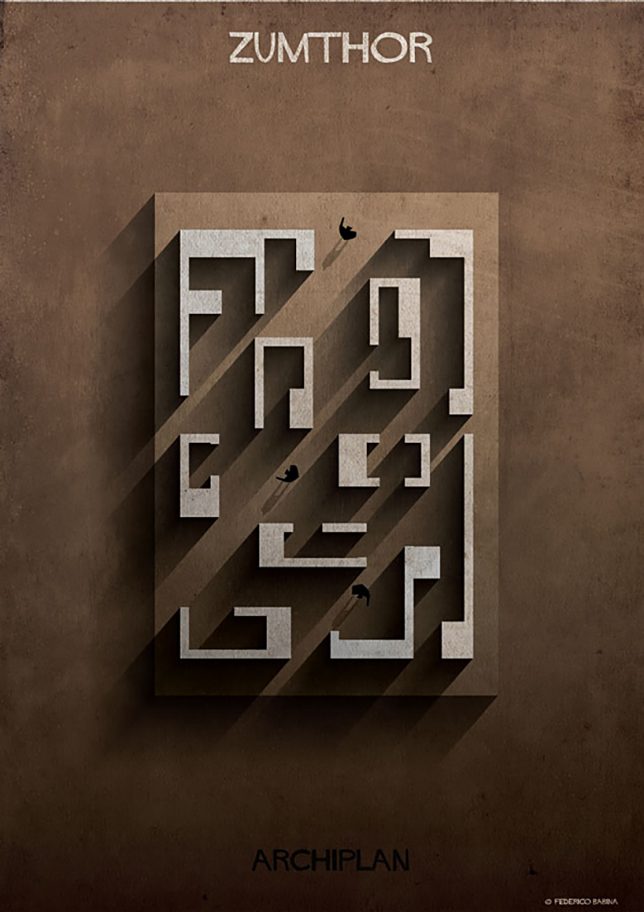 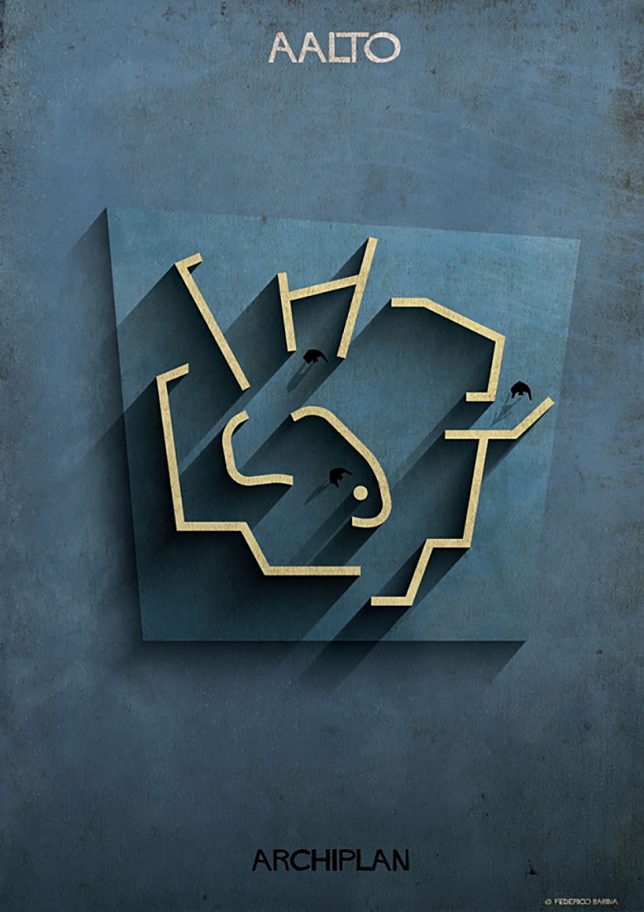 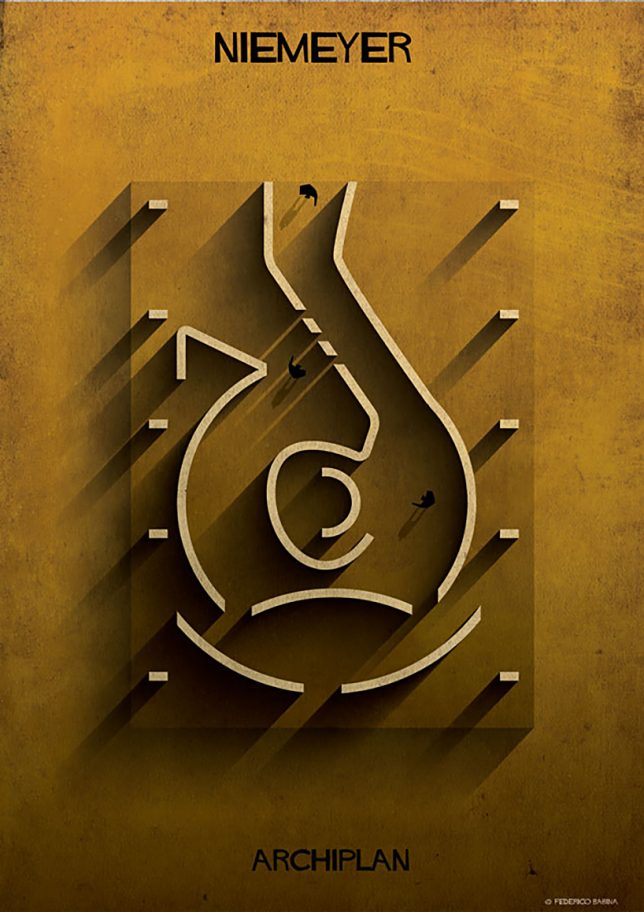 Other architects highlighted in the series include: Ando, Rossi, Niemeyer, Ando, Ito, Zumthor, Wright, Sanaa, Libeskind and Koolhaas, representing a range of Modernists, Postmodernists and Deconstructivists of the 20th Century. 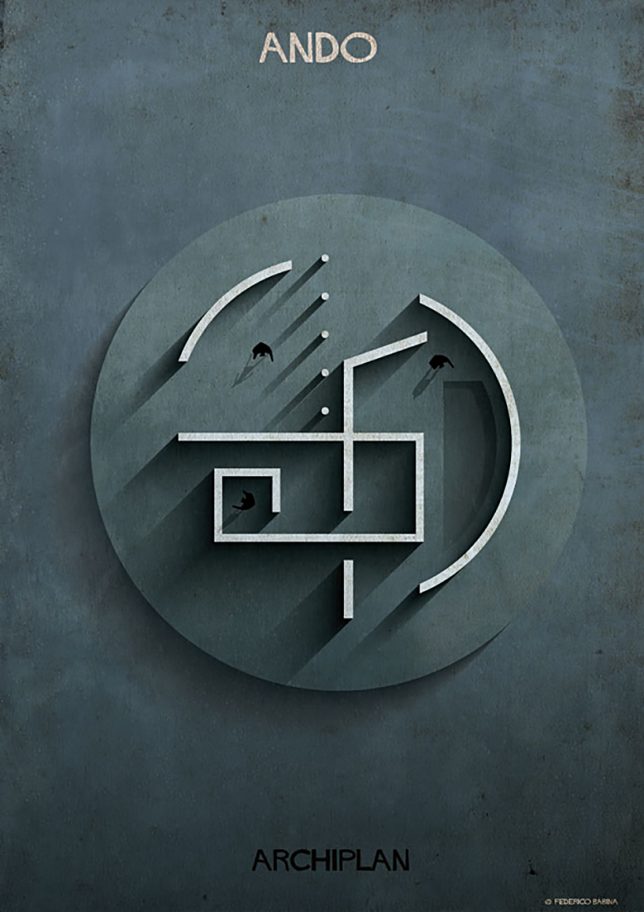 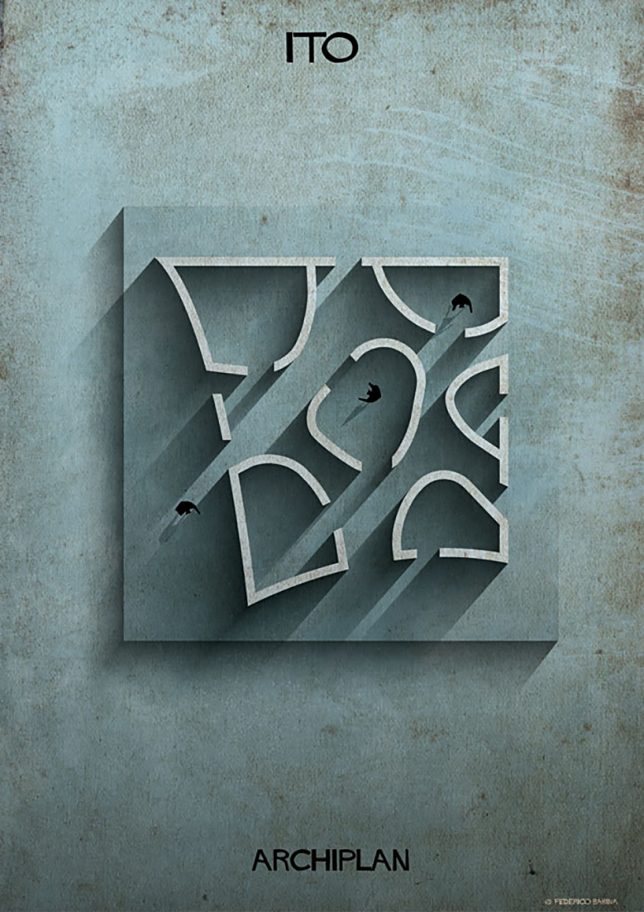 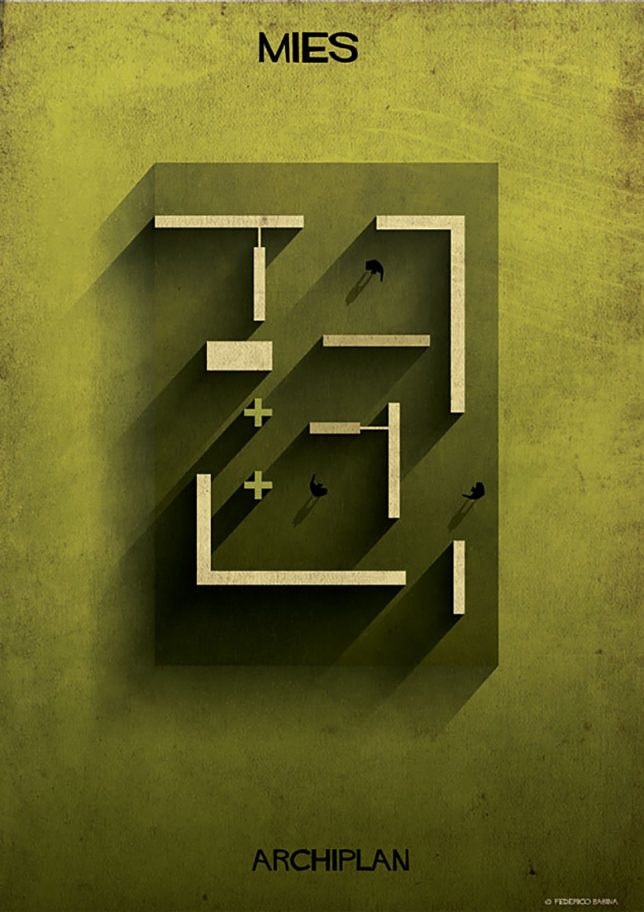 In other artistic sets, Babina has explored built phenomena in different ways, developing a series of architectural movie posters and re-imagining famous art as architecture.