The living play karaoke among headstones, hang their laundry from mausoleums, put on plays in crypts and golf right on top of graves in multipurpose cemeteries around the world, where the dead are integrated into modern life instead of remaining in solemn roped-off spaces. In some cases, it’s happening due to sprawl, like the family graveyard in a Walmart parking lot in Georgia, but in others, it’s more deliberate. As we grapple with population growth and urbanization, alternate ideas for the burial of our dead are coming into focus, all seemingly sending the same message: life goes on.

Habitable Cemeteries: Living with the Dead in the Philippines 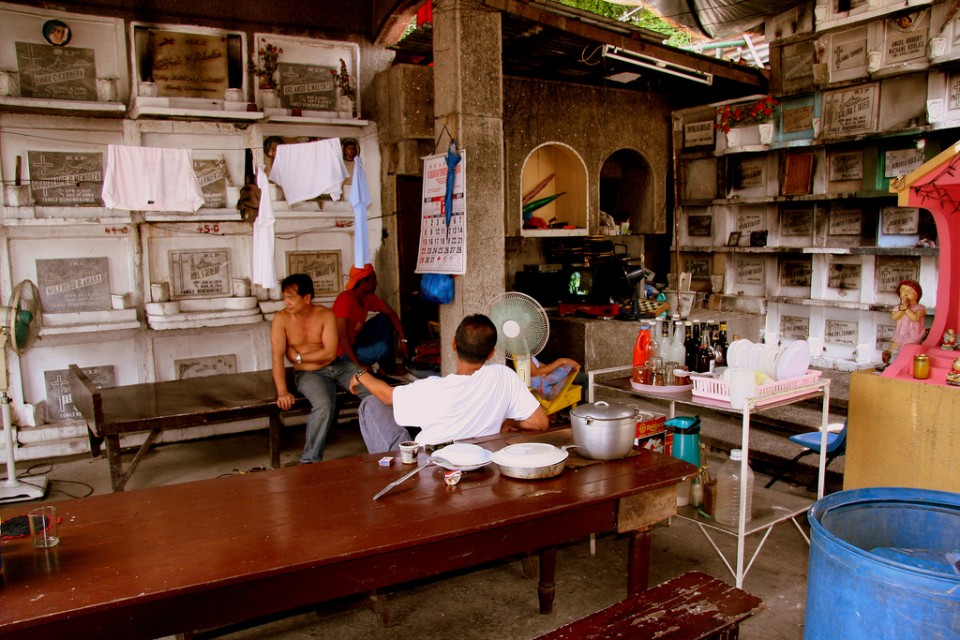 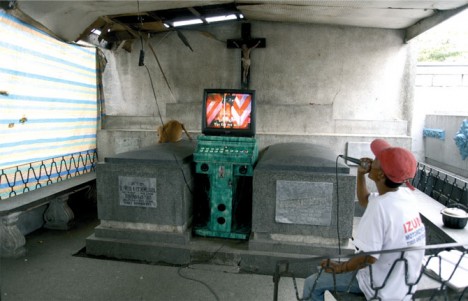 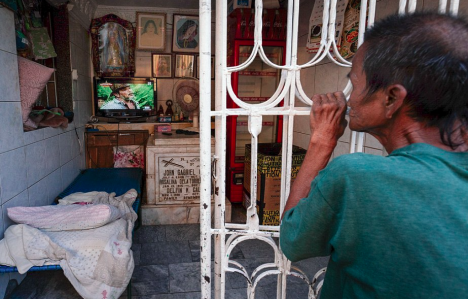 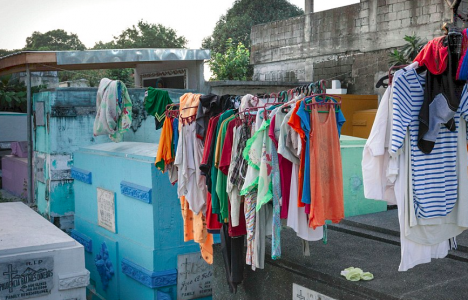 Within the walls of Manila’s largest cemetery, 6,000 living residents thrive, going about their lives right on top of gravestone after gravestone, sometimes living in mausoleums alongside the tombs of their dead. The residents of North Cemetery are typically extremely poor, creating makeshift domiciles and living surprisingly normal lives. Within their cemetery city, they’ve created systems of public transit and schools. 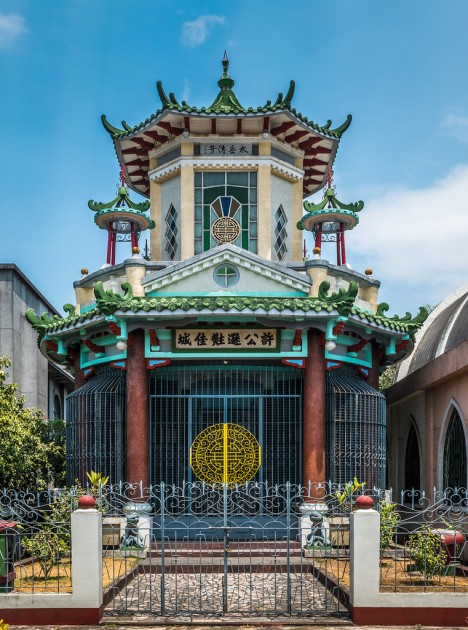 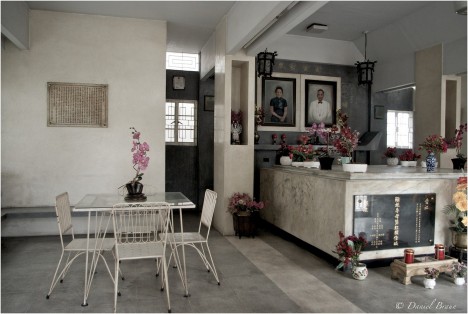 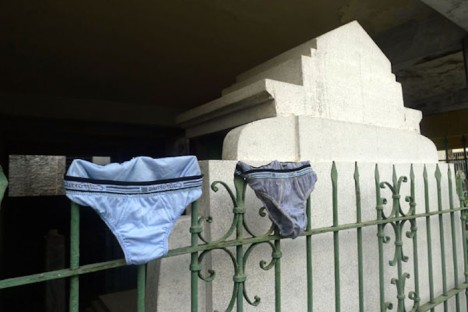 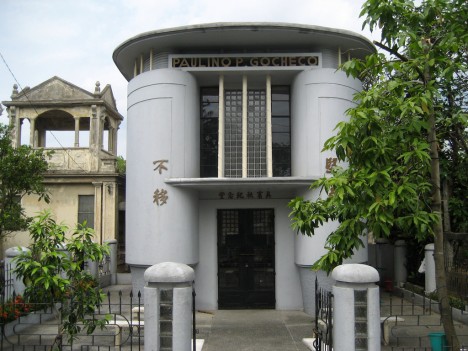 A second cemetery in the Philippines, the Chinese Cemetery, is nicknamed the ‘Beverly Hills of the Dead’ for the spacious, luxurious tombs that are fancier and more comfortable than most homes of the living. These houses of the dead have fully-functioning kitchens, bathrooms and bedrooms where relatives can sleep alongside their deceased loved ones, and sometimes live there full-time. 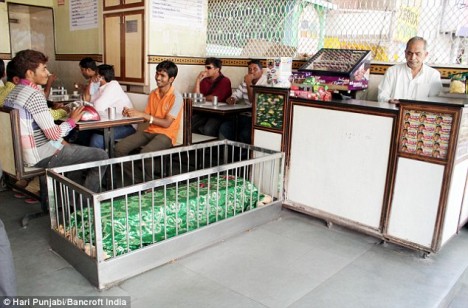 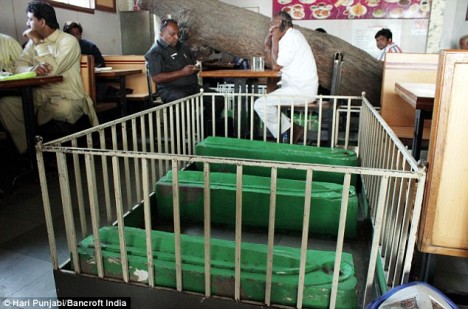 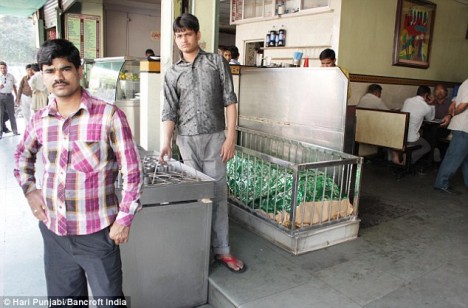 The patrons of New Lucky Restaurant in Ahmadabad, India don’t seem to mind dining right next to coffins from an old Muslim cemetery, which may belong to the followers of a 16th century Sufi saint. The owner decided to leave the coffins in place when building his establishment, and says the proximity to death hasn’t put a dent in business, which is brisk. In fact, he believes that it brings good luck, hence the restaurant’s name. Each morning, the servers pay their respects to the graves, wiping them, covering them with cloth and decorating them with fresh flowers. 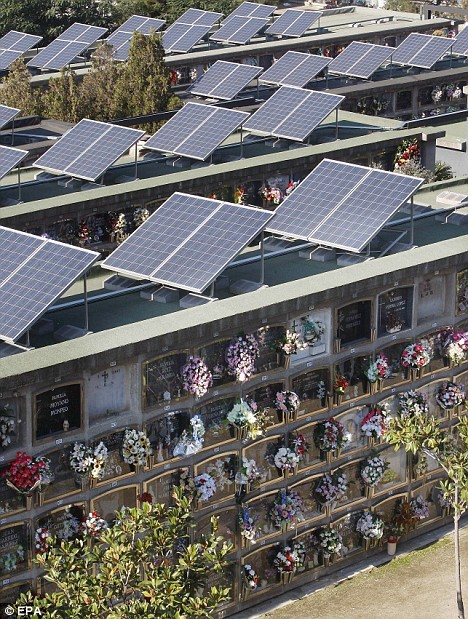 With so much of the rest of the land too hilly and shaded to be of use, the town of Santa Coloma de Gramanet outside Barcelona found the one location that would be viable for its solar energy program. It just happens to be a cemetery. The densely-built town packs 124,000 residents into 1.5 square miles, so they have to make creative use of every inch. Now, 462 solar panels provide enough energy to power 60 homes each year. The panels are perched above ground level, so there’s no notable change to the feel of the sacred spaces below. “The best tribute we can pay to our ancestors, whatever your religion may be, is to generate clean energy for new generations, says the director of Const-Live Energy, which runs the cemetery.