The former Lisa Frank factory in Tucson, mostly abandoned and sporadically for sale since 2001, stubbornly refuses to give up the rainbow-colored ghost. 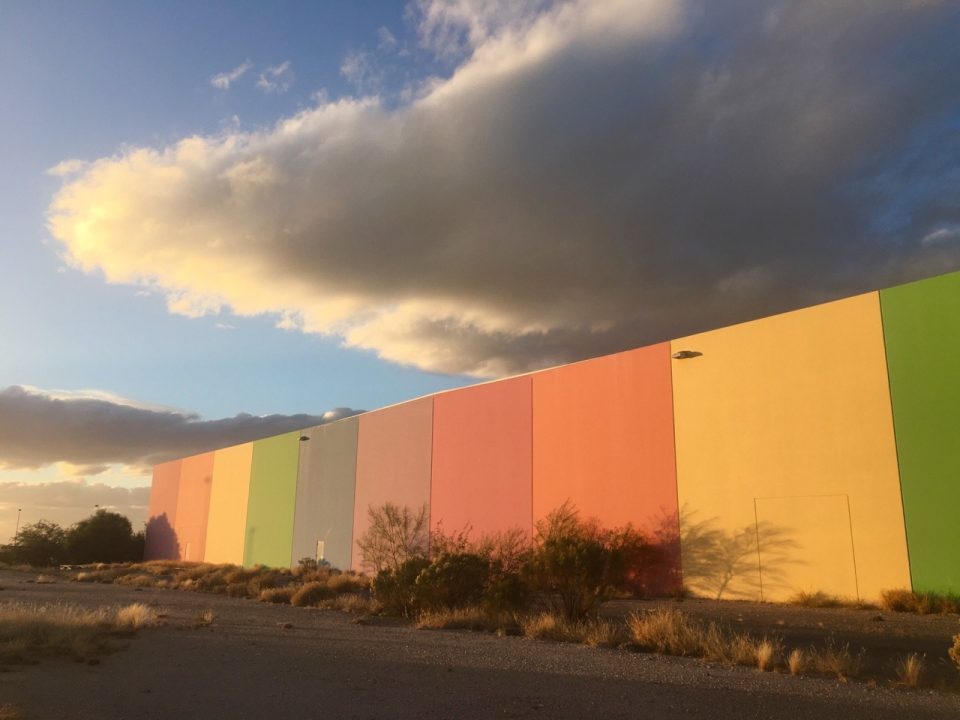 Calling the Lisa Frank factory “hard to miss” is an understatement – the 300,855 square foot manufacturing facility has been baking in the desert sun since 1996. Located at 6760 S Lisa Frank Ave, the industrial building was once the workplace for nearly 400 employees but the firm’s decision to license and contract out design and production saw that number decline to a mere 6 by mid-2016. 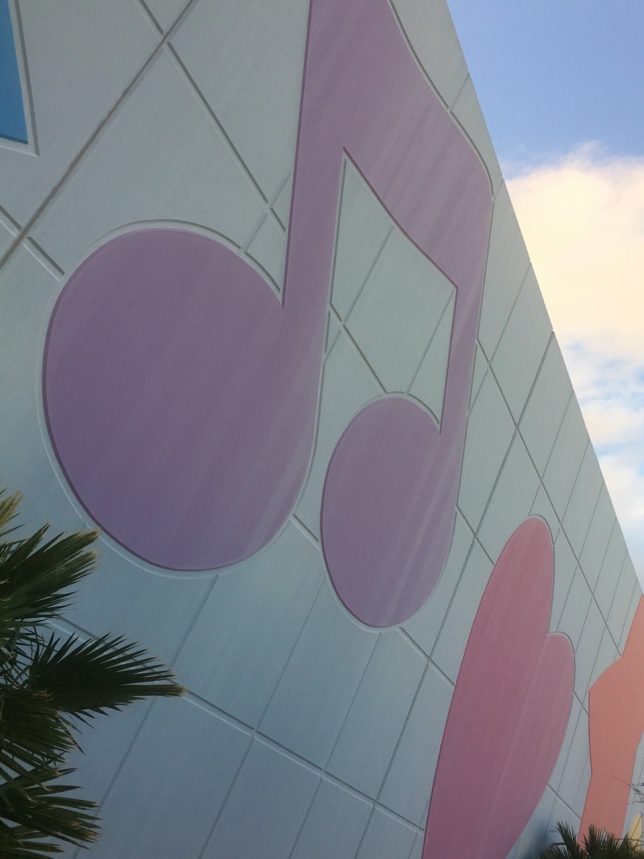 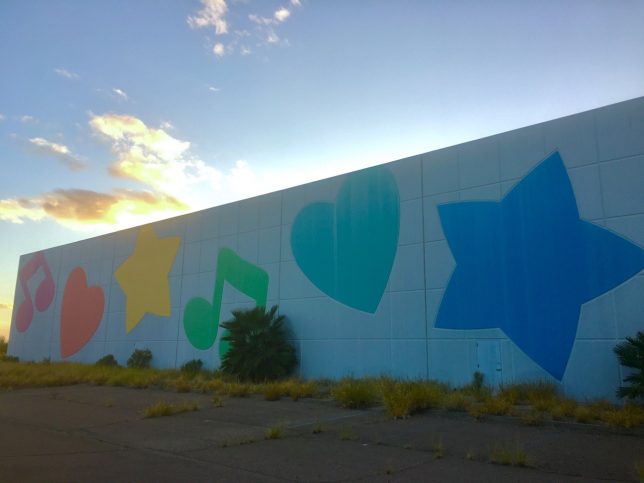 We won’t rehash Lisa Frank Inc.’s troubled history, though ex-staffers’ tales of life at “the Rainbow Gulag” make fascinating reading. Colorful as the firm’s human history may be, this factory building plays a part by virtue of its larger-than-life décor, both inside and out. These images from Tumblr member fini date from January of 2017. 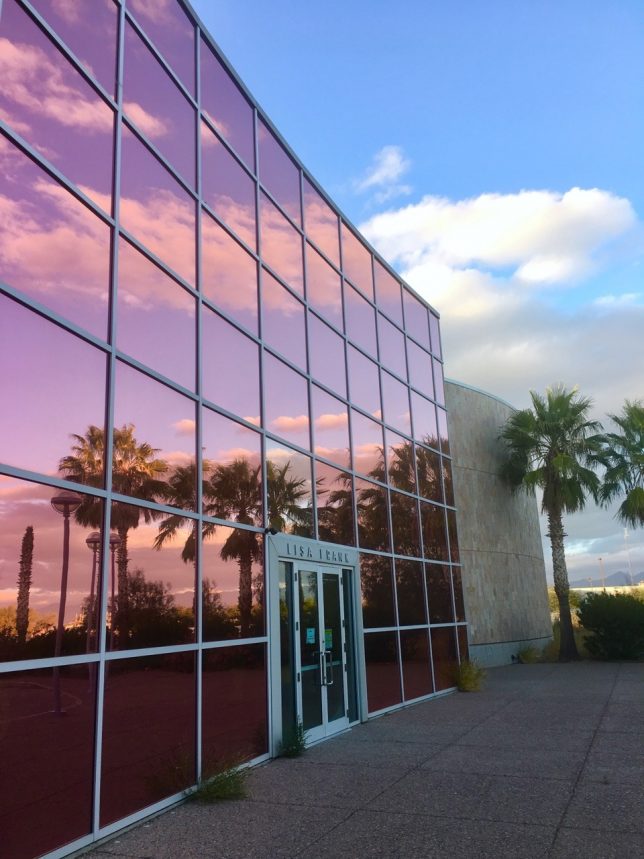 Call it faded glory if you like – both the firm and the factory have seen MUCH better days. The latter has actually held up rather well, all things considered. Spread over an 18.5 acre lot, the mixed office/manufacturing/warehouse building boasts a number of interesting architectural features including a copper-tinted glass panel facade. 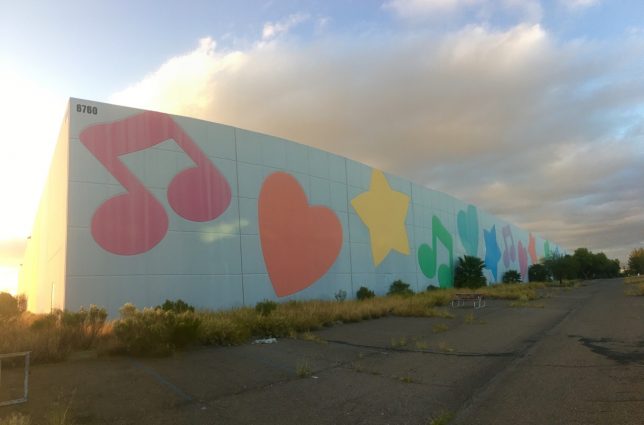 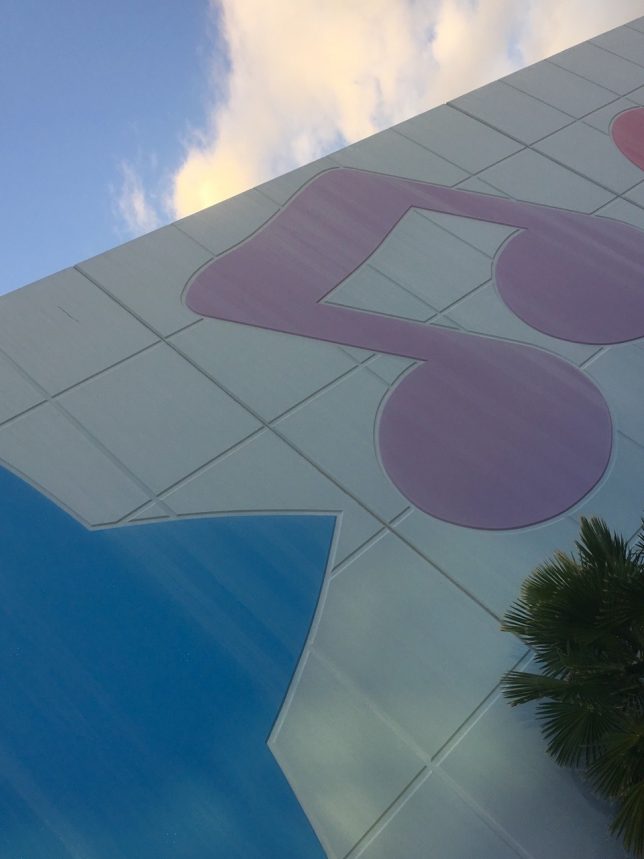 It’s the building’s spectacular spectrum of color – a Lisa Frank trademark – that draws the eye, however. The jumbo musical notes, stars, and hearts have paled somewhat over the years but still have the power to evoke double-takes from passersby. 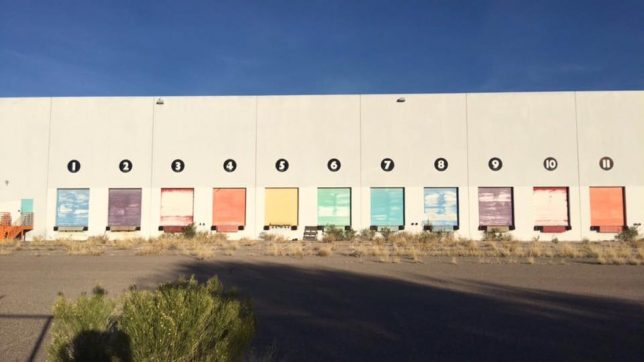 Ditto for the factory’s other exterior walls, one sporting a prismatic palette of pastel pink panels while the 30-odd loading dock doors around the back reflect an astonishing variety of contrasting hues. 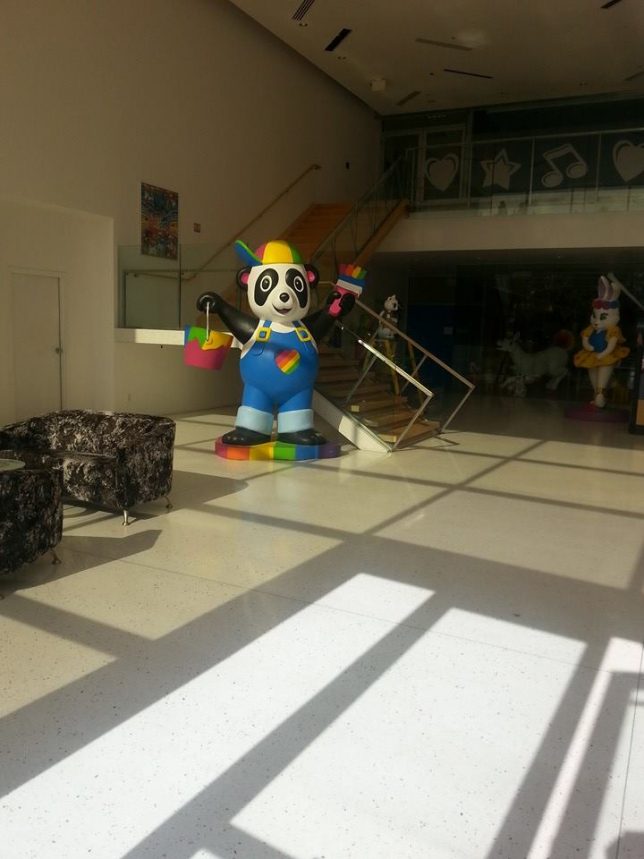 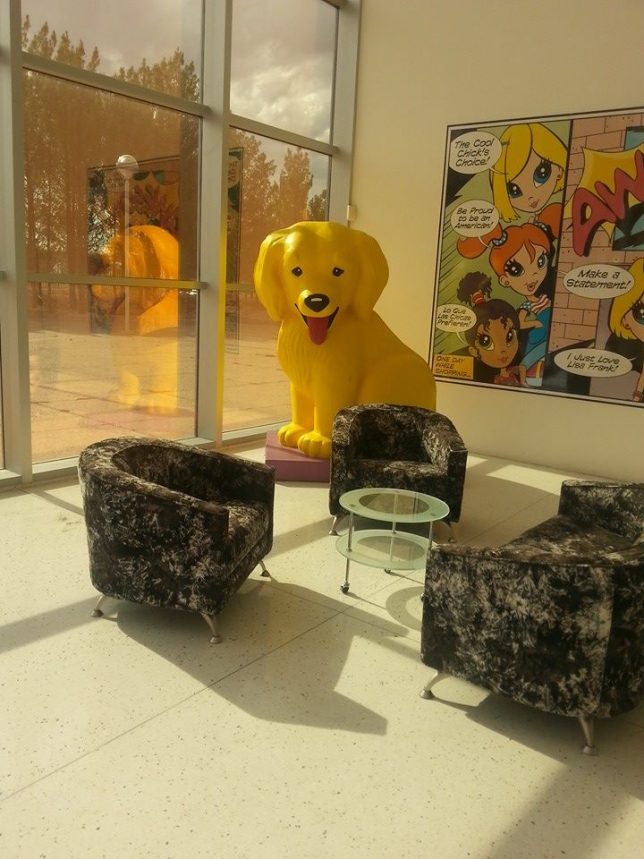 Inside, 28-foot-high ceilings keep a small army of Frank’s larger-than-life characters from looking TOO oppressive. Who knows if the interior décor remains in situ at press time. Facebook member Edlin Romero was able to gain access in August of 2014… if the creepiness factor is any indication, she was lucky to make it back out. 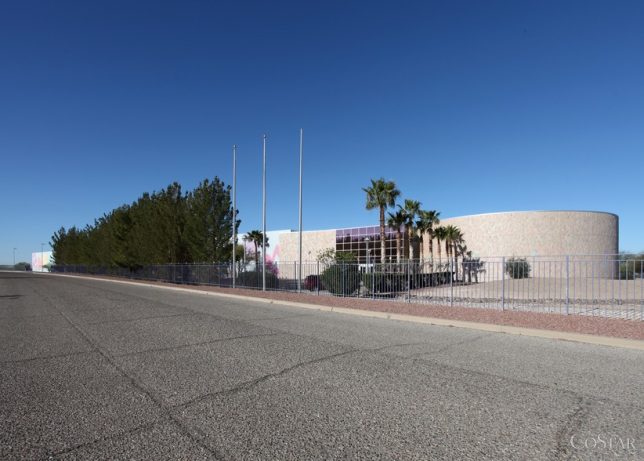 What will the future hold for the Lisa Frank Factory? As mentioned, it’s been on and off the market more than a Trumpian ex-wife: Binswanger listed it in mid-2016 though a more recent, reduced-price ($13.25 million) posting at Loop-Net states “This Industrial Property is Off-Market”. Off-market maybe; off-color never! 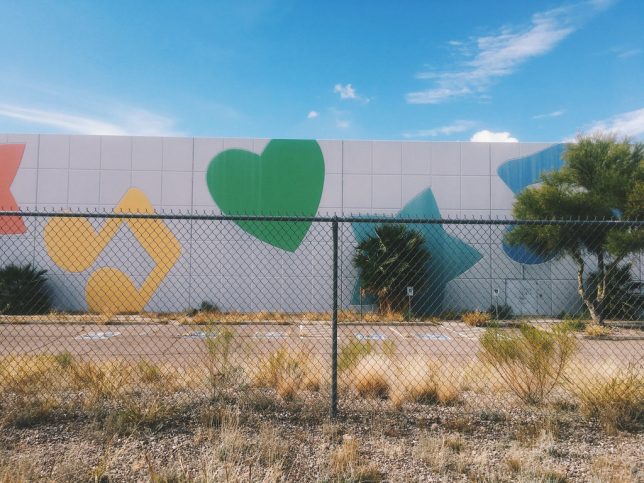 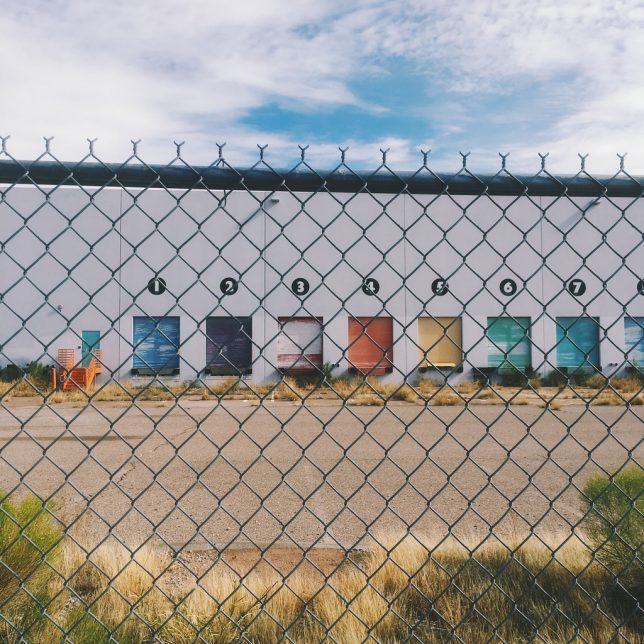 The above shots snapped by Flickr member Julia Alexander (julialalexander1) in January of 2017 show vegetation beginning to encroach; something one doesn’t often see in suburban Tucson. Frank-ly speaking, all that’s missing here are a tumbleweed or two rolling across the pavement.