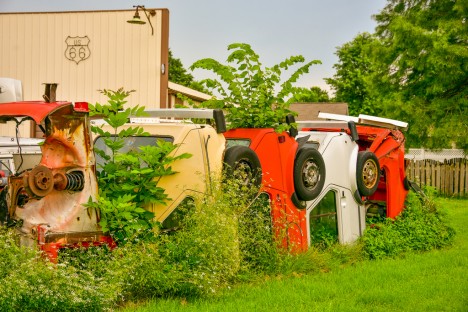 Henry’s Ra66it Ranch may be one 6 short of being satanic but at least it’s got a few Rabbits – VW’s Disco Decade precursor to the popular Golf compact. 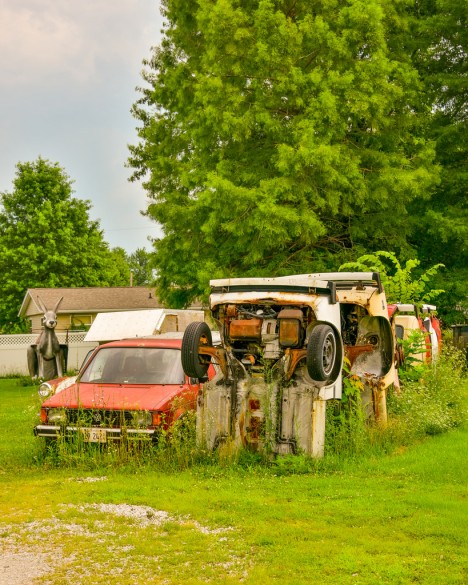 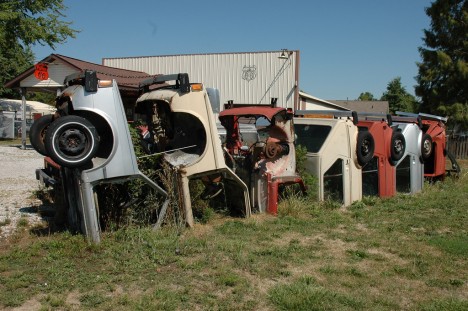 Rich Henry’s Route 66 memorabilia emporium in Staunton, IL features seven defunct Rabbits angled into the ground ala Amarillo’s original auto art installation. Not quite the standard of the art world but on the bright side, they’re no longer polluting the air. 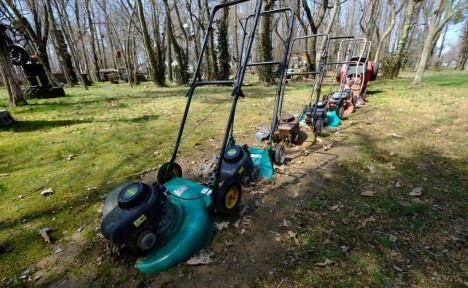 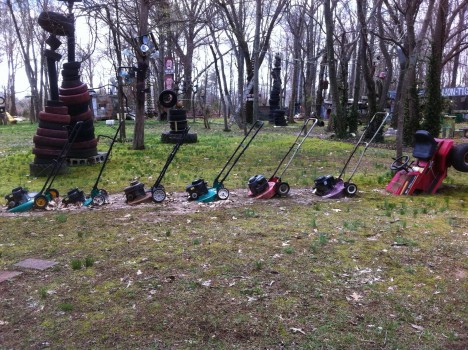 OK, so you love Cadillac Ranch but are short on (a) Cadillacs and (b) land expansive enough to showcase a planted row of ’em. No biggie, there are other four-wheeled symbols of Americana one can sub, such as lawnmowers! That’s just what you’ll find at Apple Valley Hillbilly Garden and Toyland near Paducah in Marshall County, KY: a neat line of six classic gas-powered mowers with a spiffy red riding mower bringing up the rear. 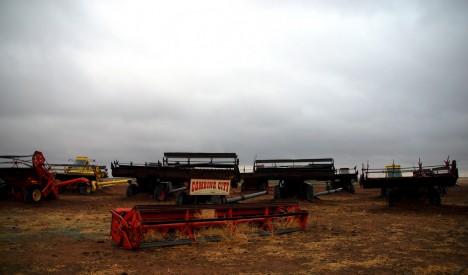 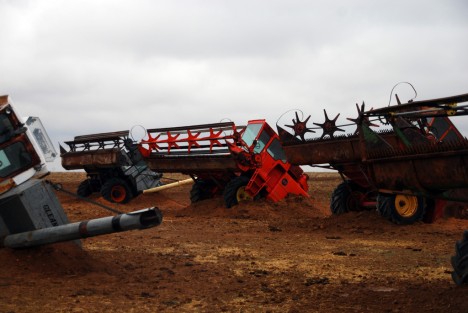 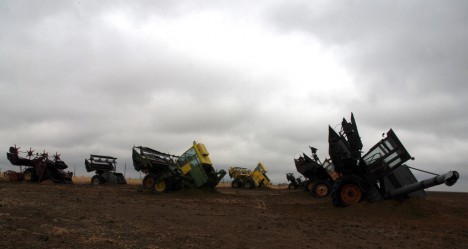 Welcome to Combine City, the pride & joy of Canyon, Texas! Since combine harvesters are “the farmer’s Cadillac,” this homage to mechanized agriculture gives a sly wink to Cadillac Ranch while eschewing the colorful graffiti. Flickr user Morgan Schmorgan (iwishmynamewasmarsha) visited the tilted tillers on April 10th, 2008. 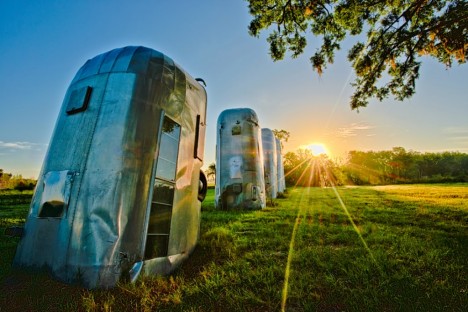 No trashy trailers here! Also known as the Airstream Ranch, this reflective homage to Cadillac Ranch dates from 2008, and from the size of the trailers you’d better believe building it was no simple undertaking! 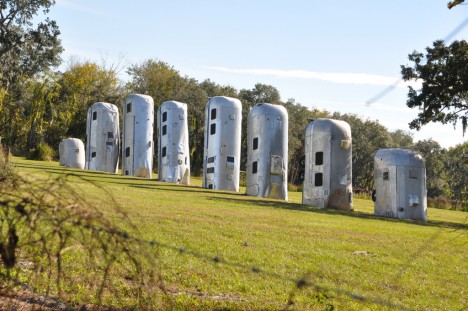 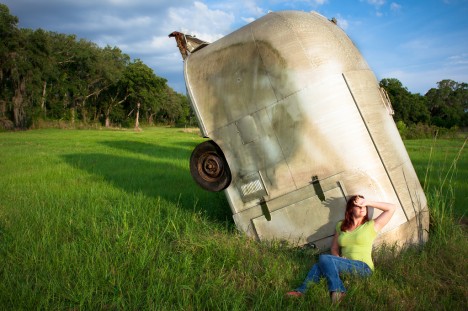 Credit Frank Bates, supposedly the owner of a nearby RV dealership, with conceiving and creating the monumental installation just off the I-4 highway between Tampa and Orlando, Florida. Bates admits he was inspired by Cadillac Ranch though his silvery tribute actually celebrates the Airstream trailer company’s 75th anniversary.