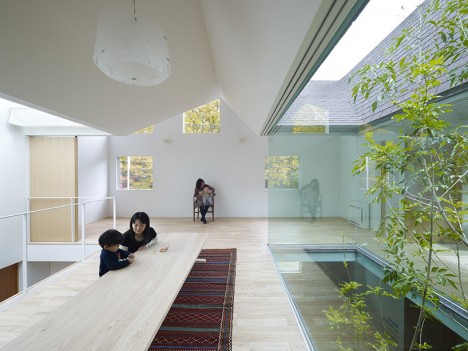 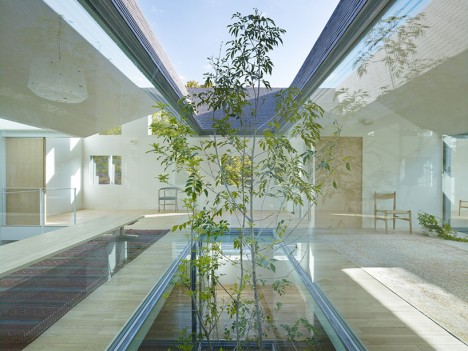 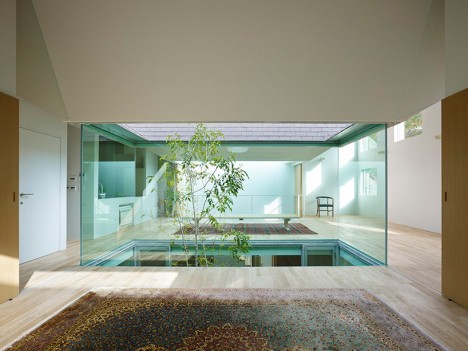 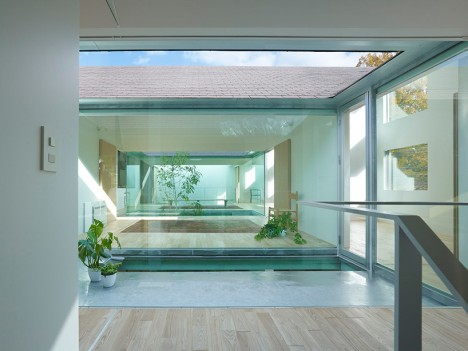 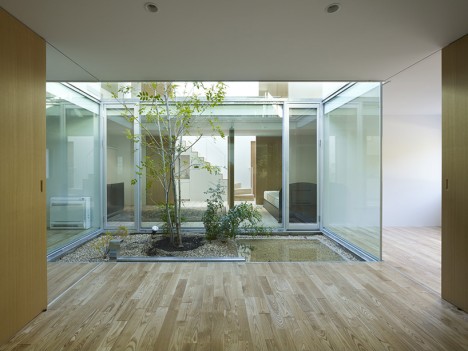 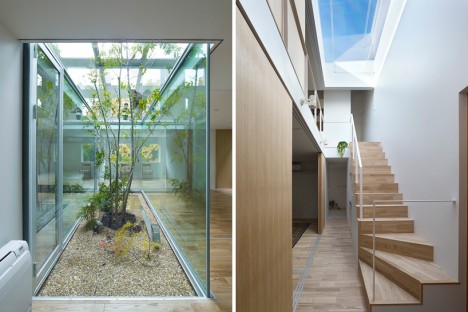 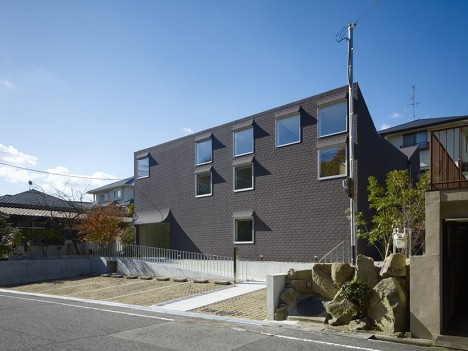 For a client who wanted to live above his dental clinic without sacrificing space and aesthetics, Hata created a series of flexible interior voids that reach from the ground level to the ceiling, enabling full-sized trees to grow inside. These three double-height glass voids act as gigantic skylights for the entire home and dental practice, and since they’re transparent, they open up lines of sight throughout the open-plan interior.

The architect designed the space so the rooms have no set purpose, making it easy to either claim more space for the business or use it for private purposes. The first floor contains treatment rooms, an x-ray room, waiting rooms and flexible spaces while the upstairs is set aside for the family’s use. As cool and creative as the inside is, you’d never guess what’s beyond the understated facade, which extends curled-out sections of cladding over the windows but is otherwise devoid of ornamentation. 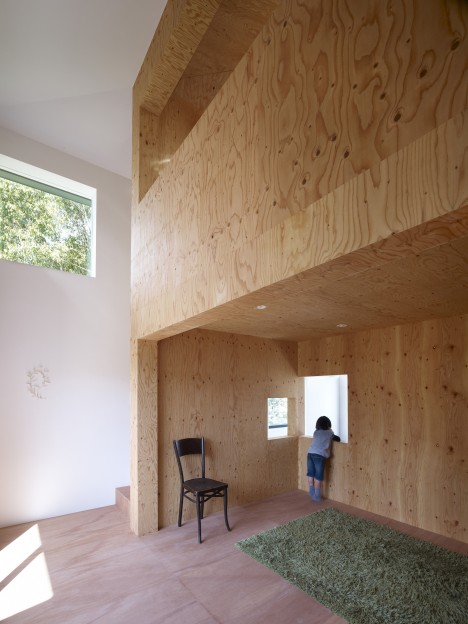 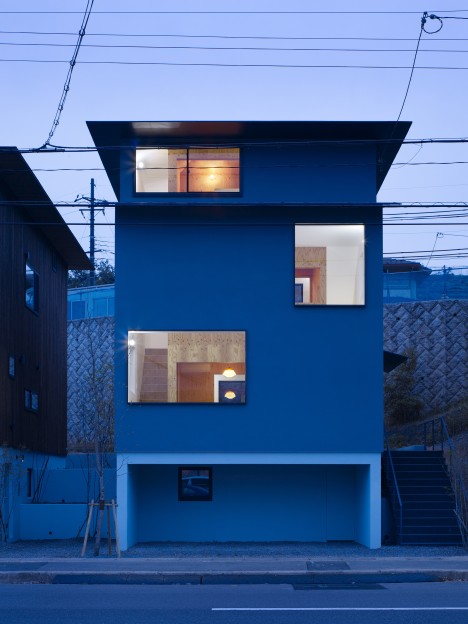 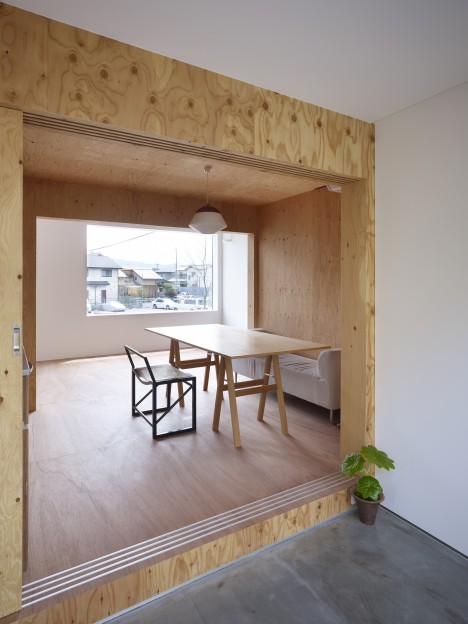 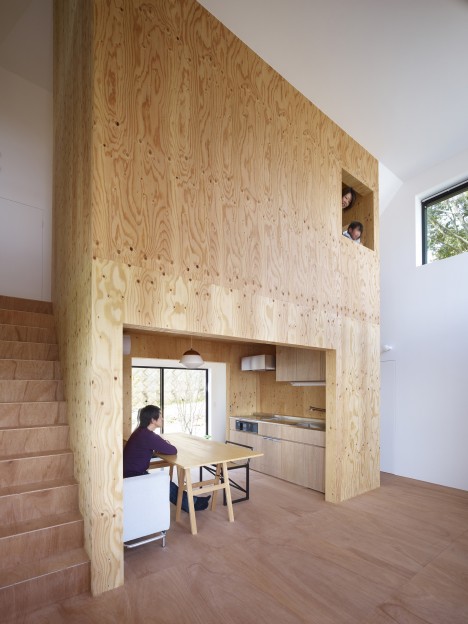 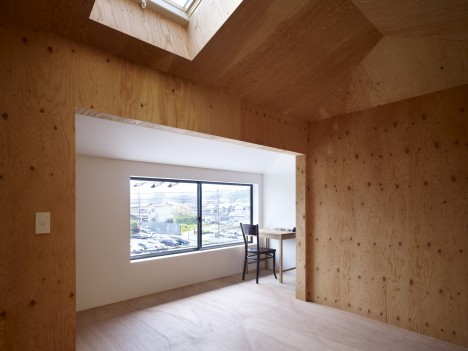 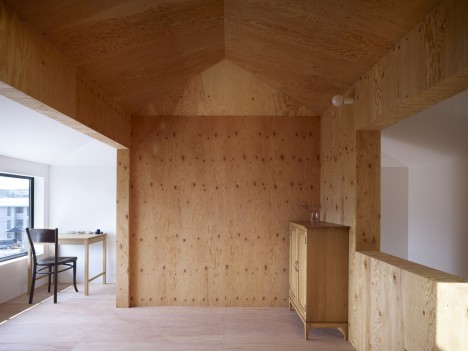 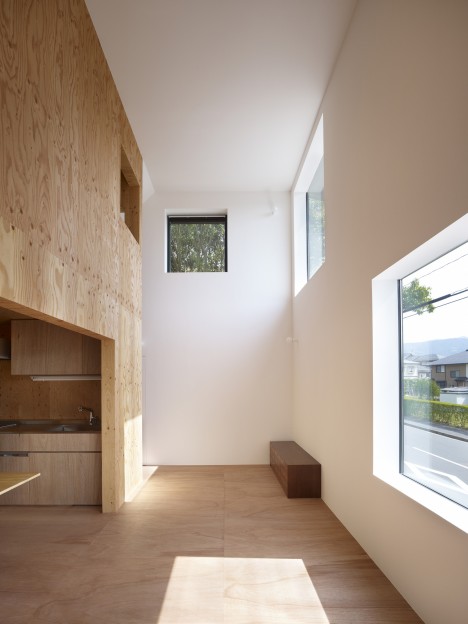 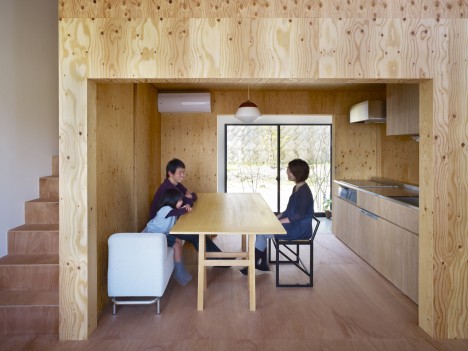 With Belly House, a residence in Kyoto, Hata had a lot measuring just 436 square feet to work with, and was required to adhere to all sorts of strict laws about how the house appears from the street, like the angle and shape of the roof and eaves. The architect’s solution was to build up to the maximum height, designing the space as if it were built around a large tree. “In this house, people live while climbing up and down the large tree on inside, come and go in the places like the cave in the trunk and the terrace that extends to surroundings of the trunk. That is just like the small animals in the first live while freely coming and going in the lair in the trunk and the surroundings.”

The house is almost like a three-story treehouse within a conventions-looking house, in fact. The central third is made of plywood, separating it from the rest of the space both visually and functionally. This core contains the kitchen, a child’s room and a bedroom. The home office and a parking spot are tucked on the lowest level, while a living room and library take up double-height areas on either side of the core.