Display your own little corner of your favorite city – or the entire metropolis of Manhattan – on your wall or table, scaled down to 1:5000 and simplified in white monochrome. ‘Microscapes’ are 3D-printed tiles developed from up-to-date aerial scale data so they can evolve along with built environments, including buildings still under construction or in planning phases. The designers are kicking off their campaign with New York City and will expand to other major cities across the United States and the world once their Kickstarter campaign is complete. 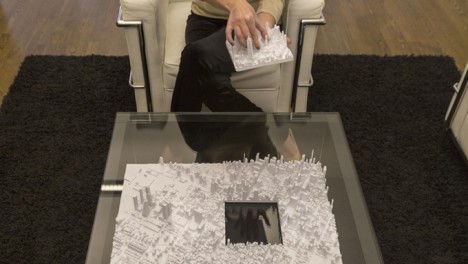 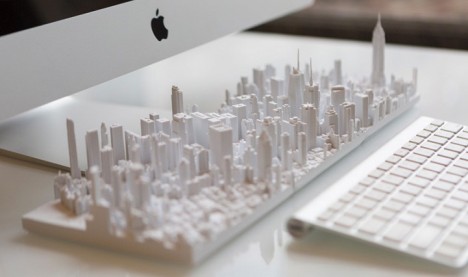 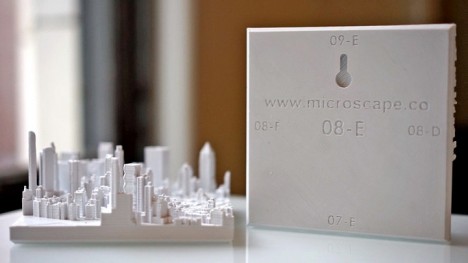 The entire island of Manhattan is available in the form of individual, 6” square tiles, but to collect all 200, it would cost you a rather shocking $25,000. But early backers on the campaign can get a single tile of their choice, featuring some of Manhattan’s most popular locations, for a pledge of $65 or more. Each tile captures roughly half a square mile of the city. 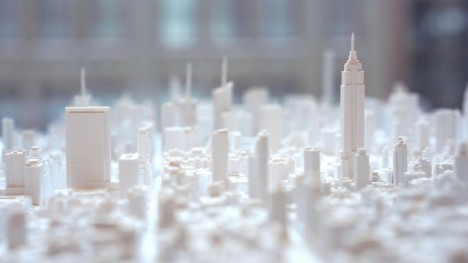 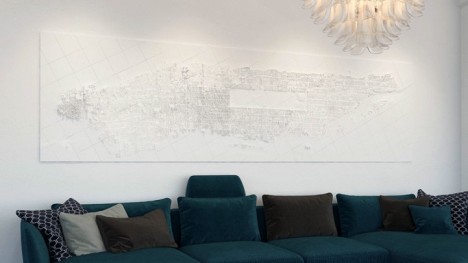 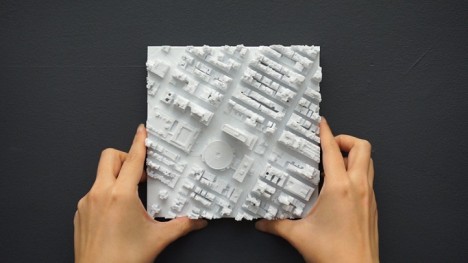 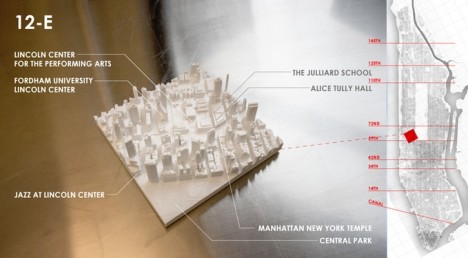 The tiles are made from biodegradable, non-toxic white thermoplastic derived from cornstarch and range in height according to whatever section of the city you’ve chosen, up to 5.5 inches tall for the highest skyscrapers. The campaign is already generously over-funded, but you’ve still got a little bit of time left to snag a pre-order of your own.