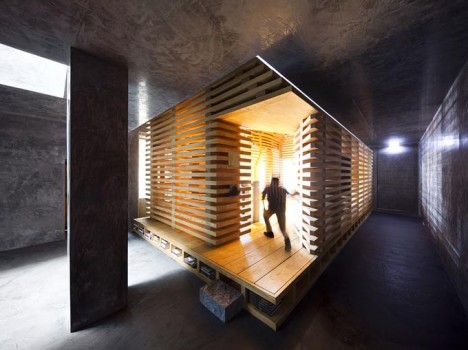 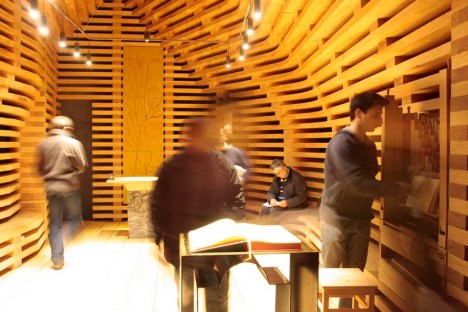 Inserted within a school for friars in Braga, Portugal, this modern slatted timber chapel by Cerejeira Fontes features a faceted interior with an altar that welcomes all worshippers to use it for personal prayer. The architects wanted it to have the feeling of a cave, embracing guests in sacred silence. 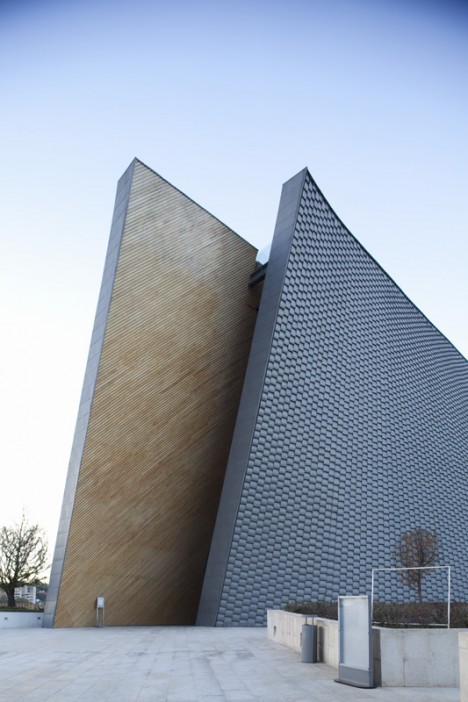 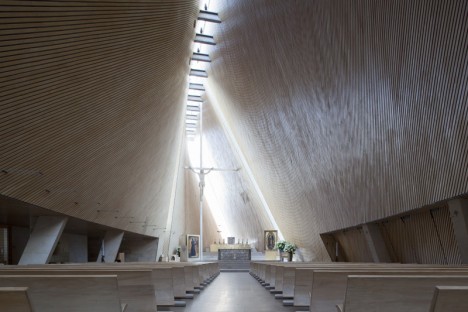 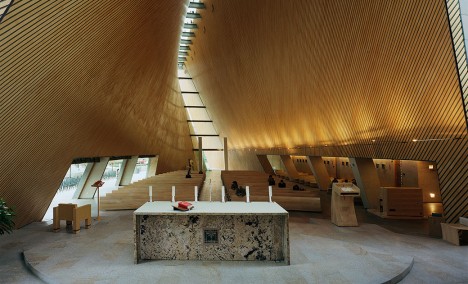 The Church and Santa Fe Training Center dedicated to Josémaria Escrivá Balaguer in Mexico City has become an urban landmark with its dramatic silhouette referring to the Christian fish symbol. “The space is evolving curves in the straight lines of the cross at the top, we took advantage of this effect to allow sunlight entering during the day making interesting effects on the walls of the vessel and defines the axis composition from the main entrance atrium of the north where light ends in the altar,” say the architects. 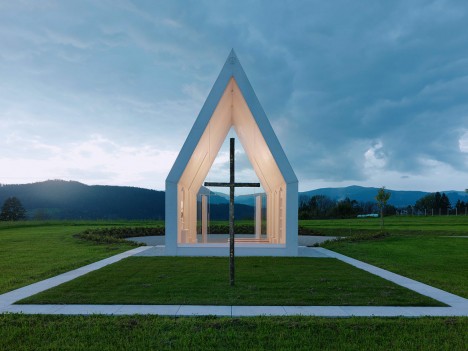 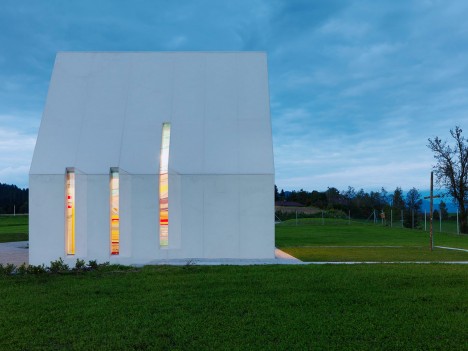 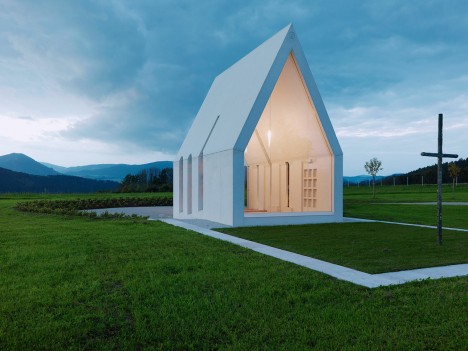 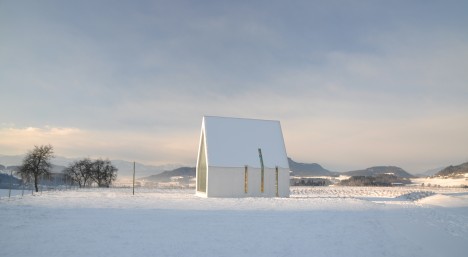 A white concrete envelope stands stiff in the green grass of Zollfeld, Austria, light passing through its two glassed-in ends to make it look like no more than a two-dimensional line from certain angles in the landscape. Says architect Sacher Locicero, “The constructers have proved a great portion of heart, trust and deep understanding for architecture in having created this project of an exceptional, timeless spaciousness, in which family ceremonies and festivals take place and where tranquility, contemplation and remembering can be experienced in a unique setup. In sighting distance to the Magdalensberg hill and the Hochosterwitz castle, the piece of architecture represents a modern landmark as an expressive symbol of an artless form language.” 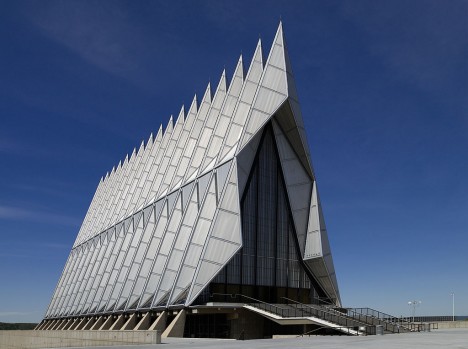 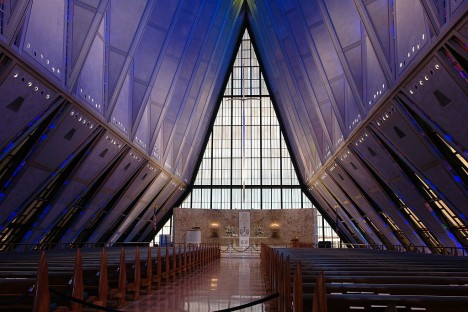 Completed in 1962, the Cadet Chapel by Walter Nestch of Skidmore, Owings and Merrill has a look that borders on sci-fi with its row of seventeen spires. It consists of a tubular steel frame of 100 identical tetrahedrons, each one 75 feet long and weighing 5 tons. Between these tetrahedrons are thick panels of colored glass. 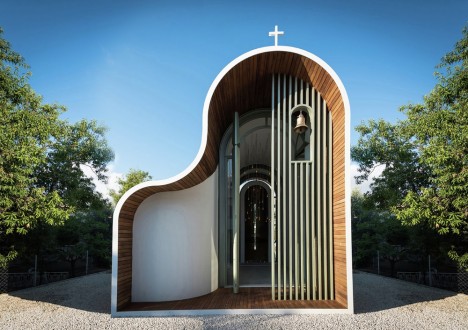 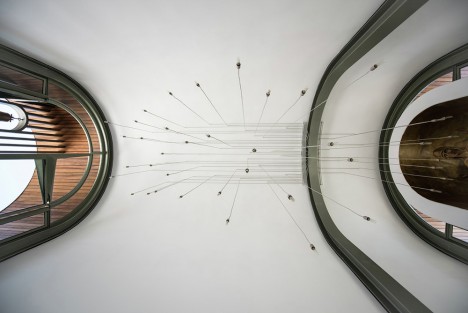 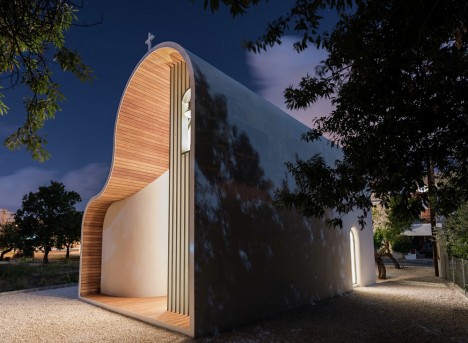 Paying homage to the sculptural, all-white architecture that’s been popular in Greece for centuries, this beautiful chapel by Michail Georgiou ties the traditional with modern aesthetics in a curvilinear volume.