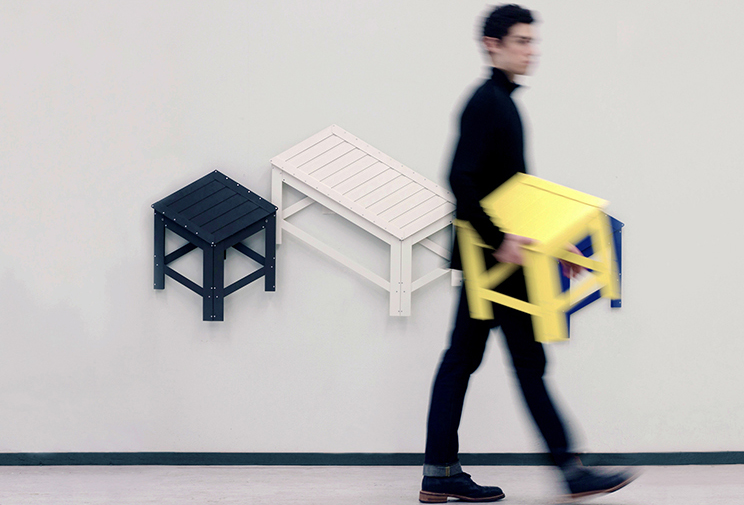 This furniture series not only folks up to pack flat for shipping or storage, but also hangs on the wall, each piece in the shape of a two-dimensional isometric drawing of itself.

De-Dimension by Jongha Choi uses a set of hinges and locking pins to fold out and lock into position, providing support when the pieces are used as seats and tables. Like other flat-pack furniture designs, this set boasts reduced weight and space requirements, though arguably at the expense of long-term durability and stability (depending in part on hidden bracing and the quality of components used). 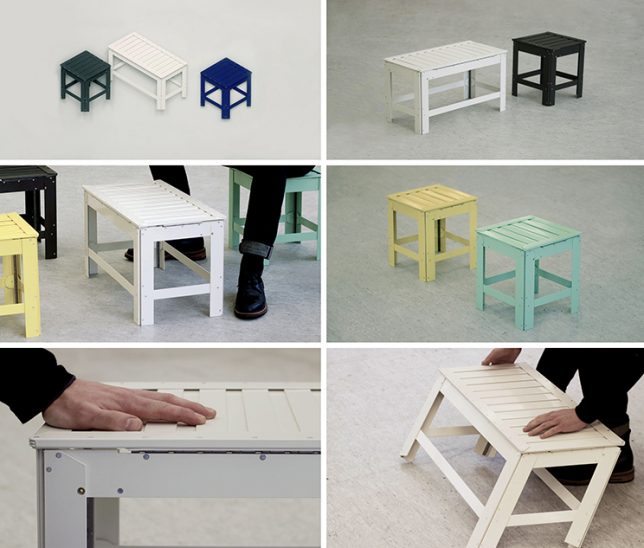 The set is in part a commentary on representation versus reality, two-dimensional forms versus three-dimensional figures. From the designer: “Even the advent of 3D printing skills shake our fundamental notion of the image. Unlike the past, we are not only seeing the image as a means of reproducing objects, but also giving essential identity to the image itself. In other words, though the image still shows its visual effect on a flat plane, it is not just an expression of representation, but a making real an experience. 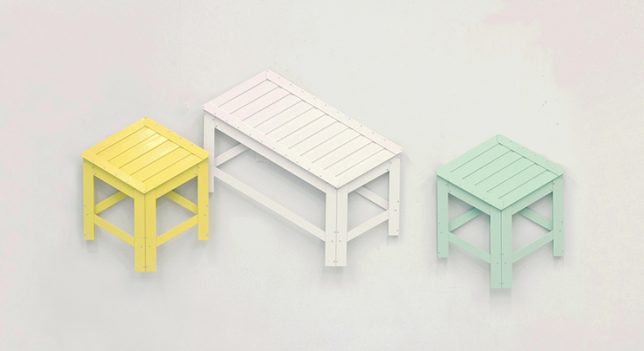 “In our current situation, in which modern society experiences the image, in relation to advertising, image circulation and the internet, why do we not question an images’ confinement to a flat surface. Why don’t we try to get more stereoscopic and attempt for direct experience with the image. My question started with this point and I tried several experiments in order to realize this idea from a personal point of view.”