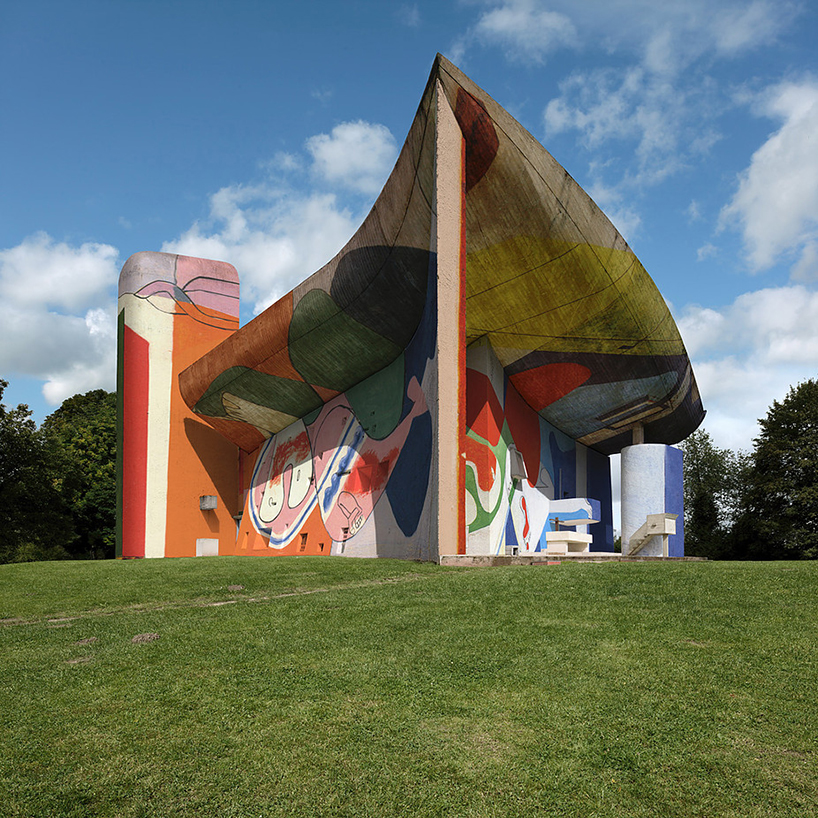 Actual murals made by architect Le Corbusier have been digitally added to the walls of one of his most famous buildings, transforming Notre Dame du Haut, added an array of colors to its complex curves. 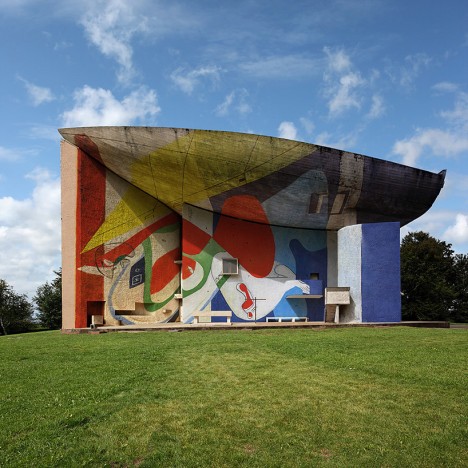 Architect Le Corbusier, who passed 50 years ago, remains famous for his rigid Modernist works, but for spiritual spaces he made an exception, shifting from a rule-based to an artistic approach. 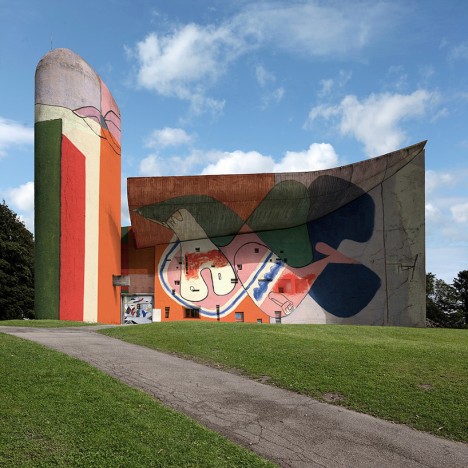 Still, the resulting structure was simply white and gray, devoid of color until these murals were introduced. The thin-seeming walls are covered from the ground up, but so too are the thick swooping roofs that curve up and around, seeming almost to float above the sides. 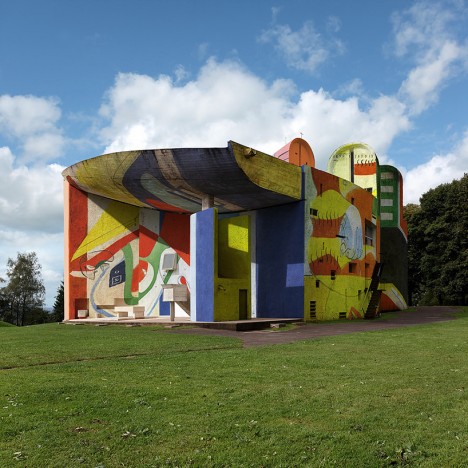 The fictional images were crafted by Belgian photographer Xavier Delory, who applied a set of artworks Corbu made for an architectural colleague. 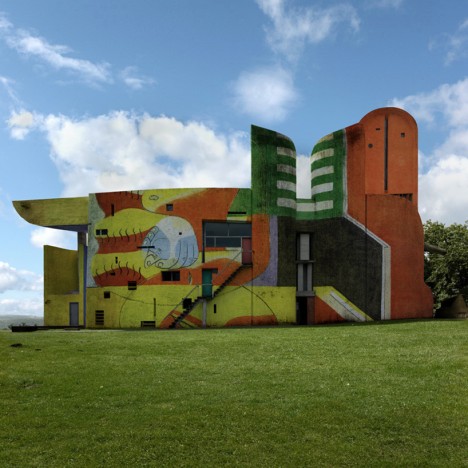 “Le Corbusier was not only an architect, he was also a painter and sculptor. He is the author of the phrase ‘synthesis of the arts’ meaning an alliance between painting, sculpture and architecture. At first he thought about what painting and sculpture could bring to architecture, not playing a decorative role but rather ‘as a house guest’ in a second phase, he moved this level of synthesis to a fusion of modern architectural styles at Ronchamp.” 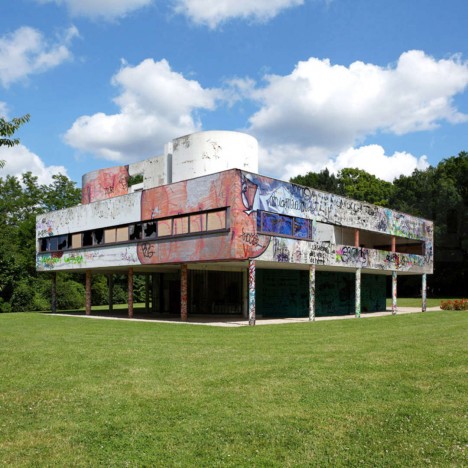 In a previous series, the same photographer re-imagined the Villa Savoye, another famous work by Corbu, sparking a series of fake stories suggesting the iconic house had actually been vandalized.