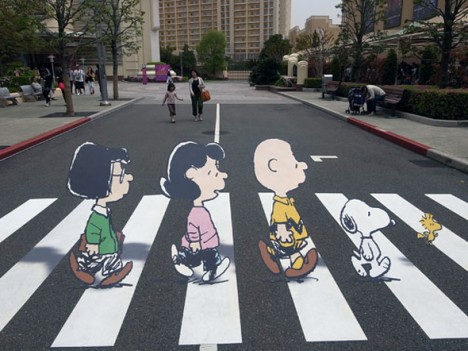 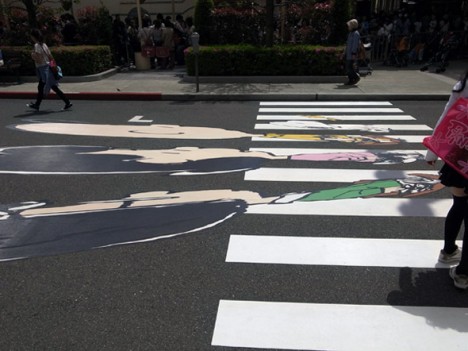 You might need some more coffee if you find yourself pausing in front of this intersection, waiting for the Peanuts gang to finish crossing the street, Abbey-Road-style. But the illusion is really effective from head-on, painted in anamorphic style at Universal Studios Japan. 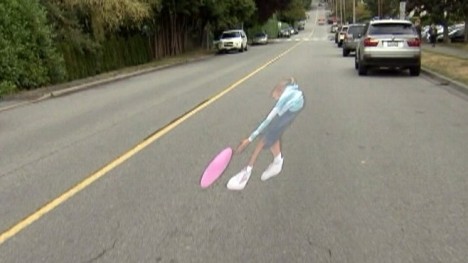 Another anamorphic street painting, this one by Canadian safety advocacy group Preventable.ca, encourages drivers to slow down by making it look like there’s a child in the middle of the road. Made of 3M concrete sidewalk vinyl, the intervention stretches for 40 feet and can only be seen from a distance of 100 feet. 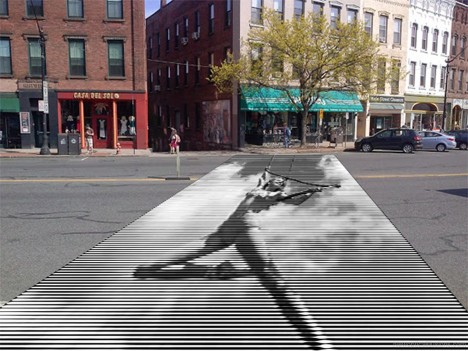 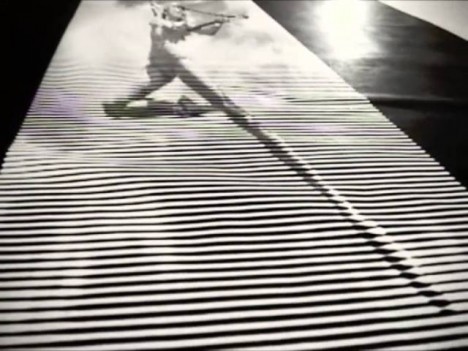 Proposed for Main Street in Northampton, Massachusetts, this anamorphic crosswalk would position a trapeze artist in the middle of the street, making her shape clear only to the pedestrians on either side as they wait to cross. 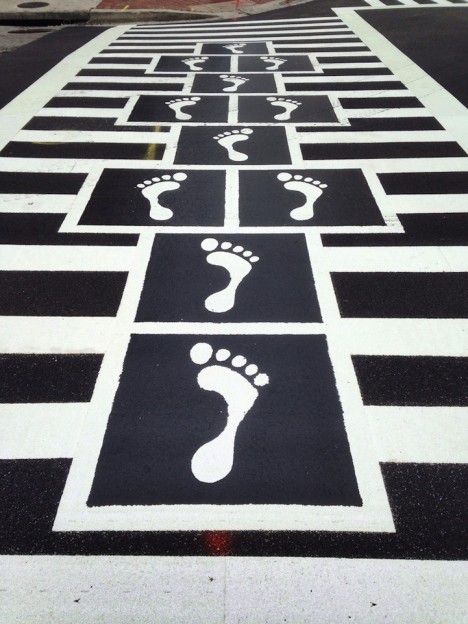 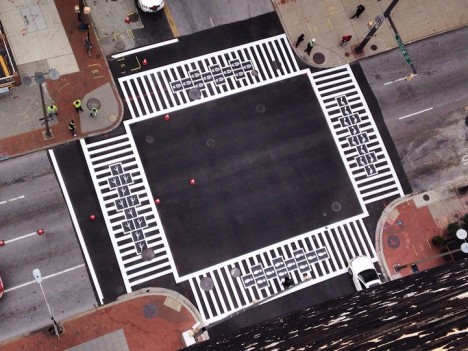 Hopscotch Crosswalk Colossus is a large-scale urban art project in Baltimore by artist Graham Coreil-Allen, bringing a sense of childlike playfulness to the city’s new Westside Arts and Entertainment District. Says the artist, “The Monumental City is played by giants among many – the business person, the bird, the worker and you. Hopscotch Crosswalk Colossus is an intersection of four over-sized hopscotch court crosswalks, each featuring a quintessential Baltimore path-print. Featuring the shoe, the bird track, the boot and the footprint, the project is a monument to the people who populate the Bromo Tower Arts & Entertainment District and make Baltimore the Greatest City in America.”

Time to Get III 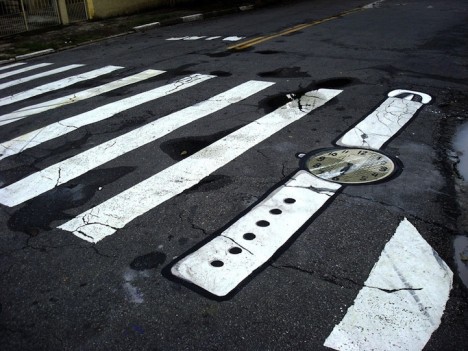 A manhole cover and a crosswalk bar become a wristwatch in ‘Time to Get III,’ a street painting in São Paulo, Brazil by collective 6EMEIA.