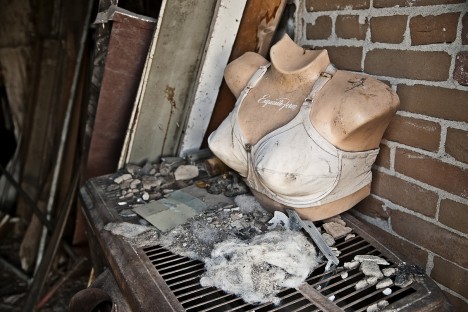 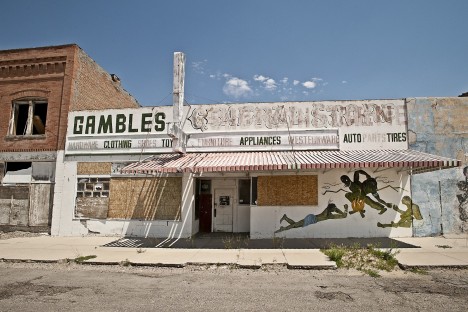 How the breast was won… The population of Shoshoni, Wyoming has fluctuated between 500 and 1,000 over the past century; hardly enough people to support a dedicated lingerie shop. We’ll assume the quaint old-timey bra in the image above can be found inside the abandoned Gambles department store: Shoshoni’s source for all your “westernware” needs. Kudos to Bob Driese of The Booby Hatcher for capturing these images in June of 2012. 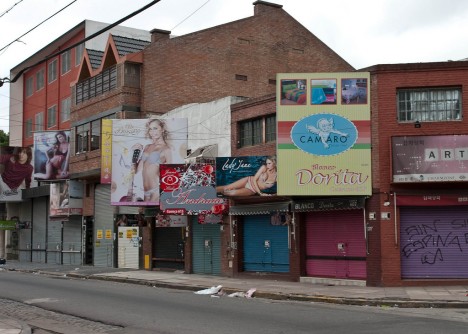 So many lingerie shops, so few of them open – like, NONE of them. Flickr user Dan DeLuca captured this tempting yet mocking strip (pun unintended) of closed lingerie shops in Buenos Aires, Argentina, on December 25th of 2009. Could they be closed because it’s Christmas Day? More importantly, why are Buenos Aires lingerie shops lined up cheek by jowl? 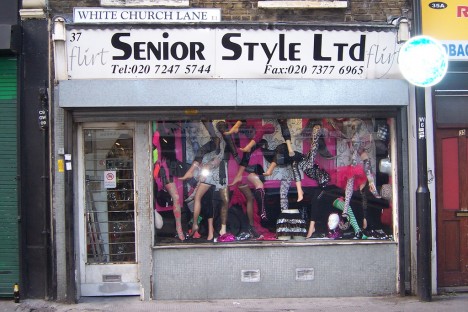 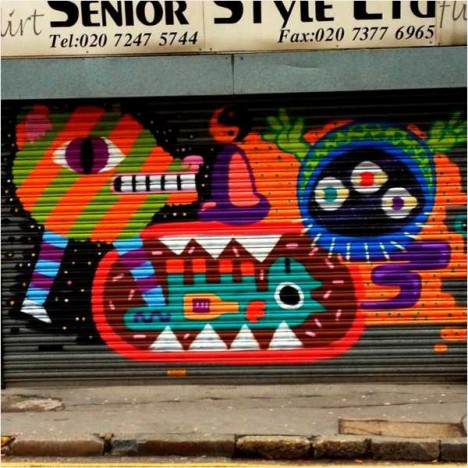 Think older, and with more legs… what did the shop owner do with the rest of the mannequins? Hmm, yet another question best left unanswered. Senior Style Ltd, located in central London’s Whitechapel district, evidently sold knickers & associated naughty knick-knacks to the blue-haired set so they could, er, “flirt” with the best of ’em. Flickr user Sarflondondunc brought this somewhat disturbing store to our attention in September of 2009, while Instagram user eastlondongraffiti posted a more recent shot of the shuttered and graffiti’d storefront. 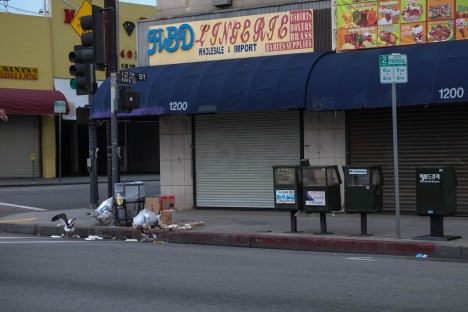 If the corrugated steel shutters at HBD Lingerie in Los Angeles are any indication, then this downtown 12th Street landmark no longer sells “t-shirts, boxers, brass, and babies supplies”. Wait a minute, “brass”? Maybe they meant “bras” but whatever. Flickr user Paul Sableman (pasa47) snapped this bleak urban tableau populated only by a scavenging seagull in July of 2015. 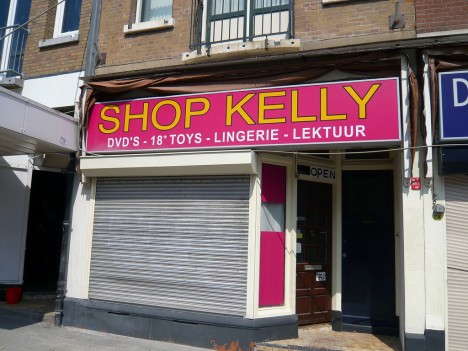 Roving Flickr photographer oerendhard1 is back on the hunt for closed and abandoned stores in the Netherlands, and on July 25th of 2008 he stumbled upon SHOP KELLY, your one-stop-shop for “DVD’s, 18+ toys, lingerie and lektuur”. That last one is Dutch for “reading”, if you know what we mean, and we think you do.