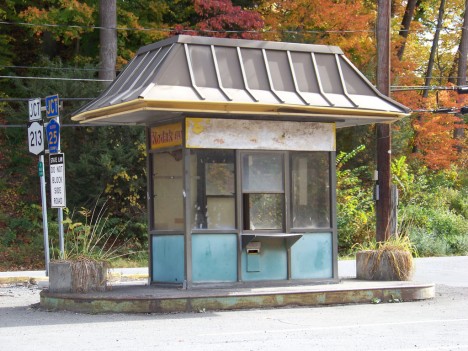 No, it’s not the world’s smallest Pizza Hut. What might be a replacement roof gives a long-abandoned Fotomat kiosk in Rosendale, New York a different look, though it did nothing to change the booth’s ultimate fate. 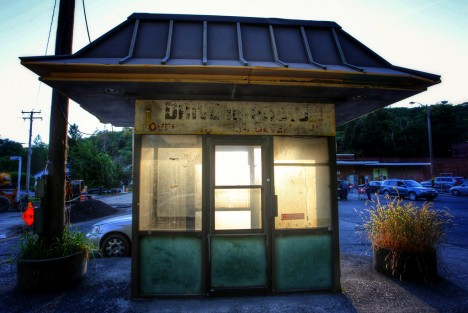 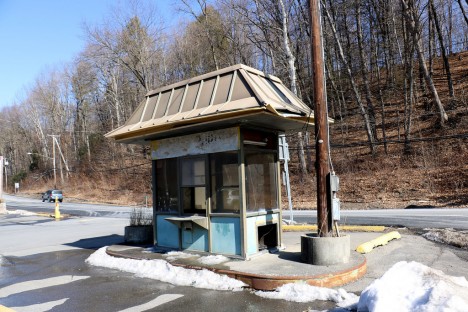 Located in a neglected strip mall’s parking lot, the faded Fotomat has been empty a LONG time: the succession of images above from Flickr users Richard (rchrdcnnnghm), lizcyyc1 and  Joe Schumacher (jschumacher) date from November 2008, August 2015 and February 2016 respectively. 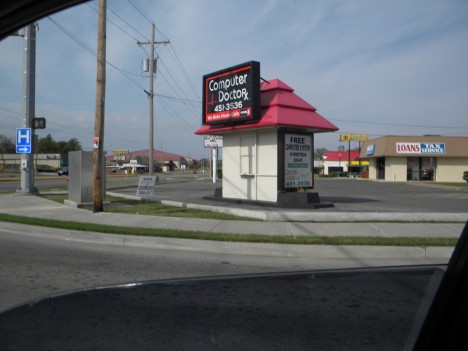 This former Fotomat in Broken Arrow, Oklahoma, served its remaining days as a billboard-holder before being demolished in March of 2014. Flickr user JT (citizenkerr) captured the abandoned kiosk’s terminal decline in October of 2011. 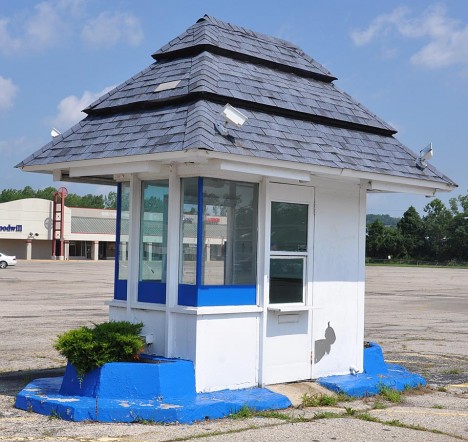 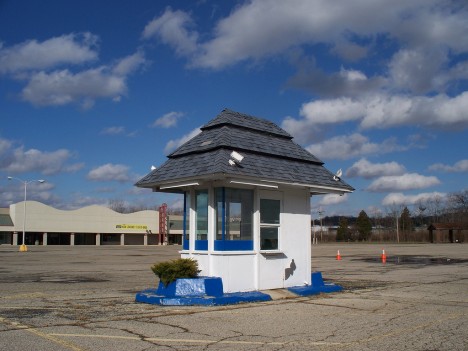 Now that is a BIG parking lot! This abandoned Fotomat in Hamilton, Ohio was reborn as a Sno Palace snow-cone shack serving up seasonal sweet treats, which it continued to do until closing in 2007. Flickr users Debra Jane Seltzer (roadsidenut – RoadsideArchitecture.com) and Scott (scottamus) snapping the former Fotomat in August 2009 and December 2009, respectively. 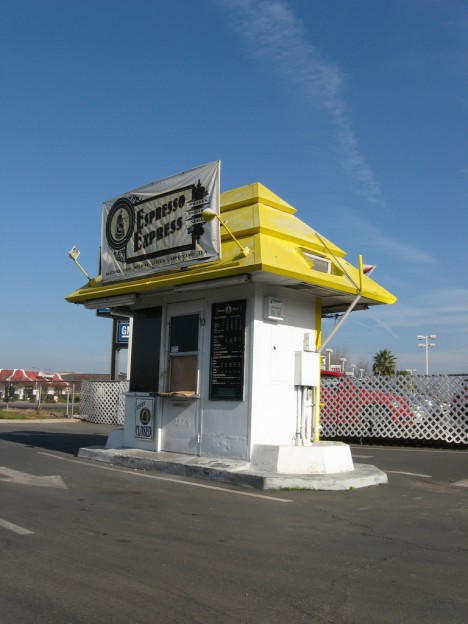 Here’s another abandoned Fotomat captured by Flickr user Charles Hathaway (romleys); this one being located in Oakdale, California. “The building was last occupied by a drive-thru coffee shop operating under the name Espresso Express,” according to Hathaway, “however it looks as if they closed fairly recently.” 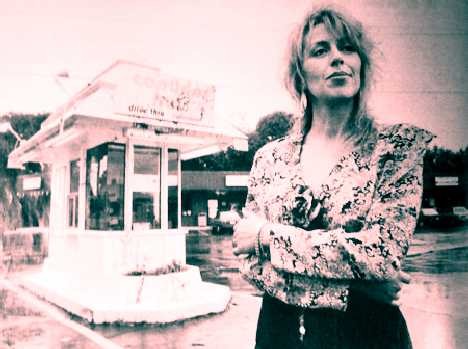 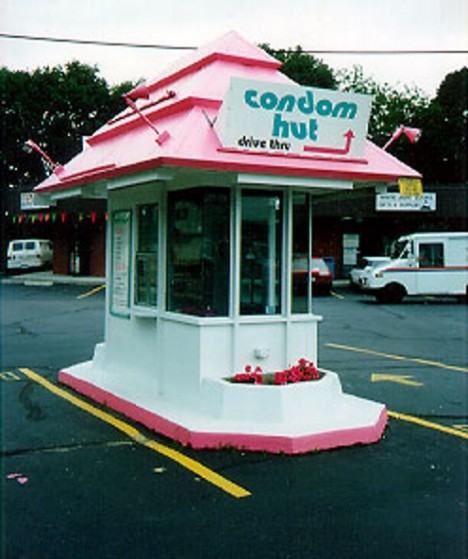 “Drive-thru Condoms” might seem like an accident waiting to happen but let’s not blame Emanuelle Del Vecchio, whose intentions were sincere. The Condom Hut, located in a refurbished former Fotomat store in Cranston, Rhode Island, opened in 1992 and immediately made an impression – though not a good one. Cranston, you see, was a heavily Catholic Italian-American burg and the thought of neighborhood kids grabbing some safety on their way to Lover’s Lane just didn’t sit well. Several critical articles (and thrown rocks) later, the Condom Hut was no more. Cue Cranston baby boom in 3… 2… 1…