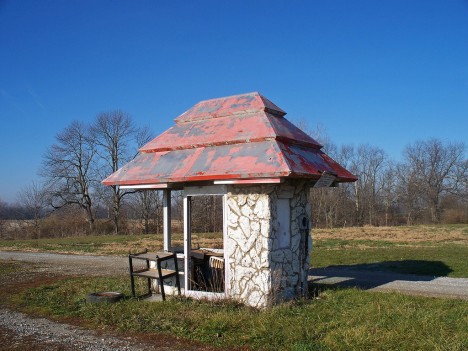 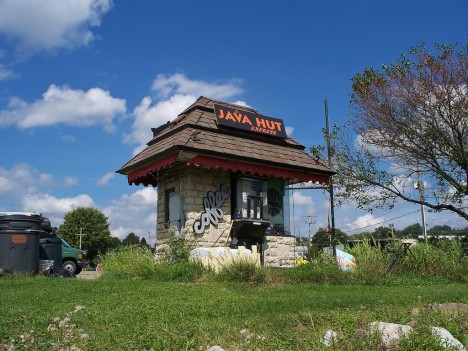 Bring me Solo… and a cappuccino. This former Fotomat in Mt Vernon, Ohio isn’t looking all that perky – a little landscaping wouldn’t hurt. No doubt they served up picture-perfect cups of coffee before Starbucks kicked their butt, er, hut. Flickr user Scott (scottamus) snapped the bean-squeezin’ booth on September 18th of 2011. 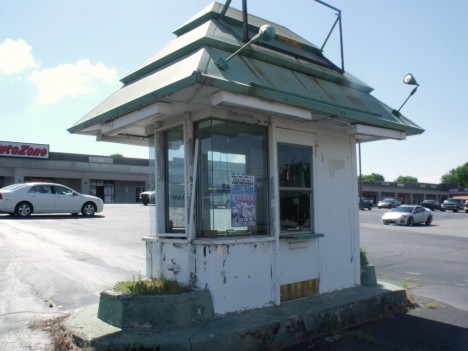 How many elephants can fit in that Fotomat? It seems fitting the only use the above abandoned Fotomat has these days is to post bills advertising a circus – another pop culture phenomenon well on its way to history’s ash heap. Flickr user Steven (SLTompkins) photo-documented the sad state of this Cartersville, Georgia kiosk in March of 2010. 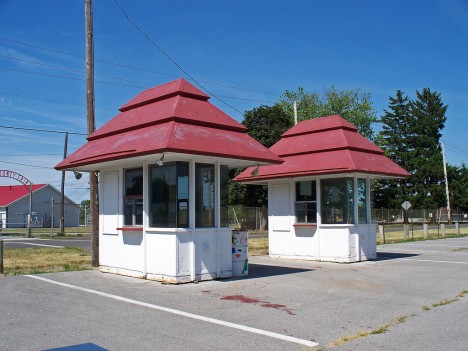 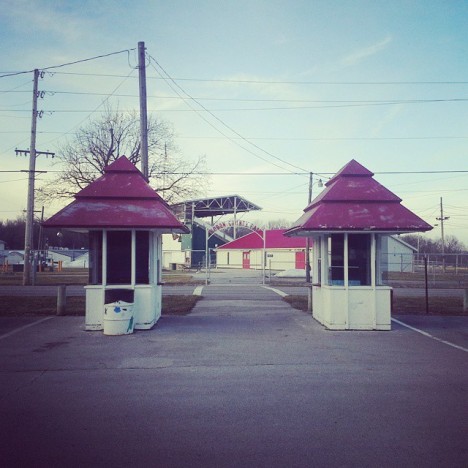 One imagines quite a few photos were taken during visits to the Huron County Fair in Norwalk, Ohio. Trouble was, those who dropped off their Kodak film cartridges at one of the above twin Fotomats had to drive back the next day to pick up their prints. We’re betting each and every one muttered “there HAS to be a better way” and with time and tech, there was. Kudos to Flickr user Scott (scottamus) and Aaron W. Gonya of ink361 for capturing these brotherly abandoned Fotomats that now live on as ticket booths. 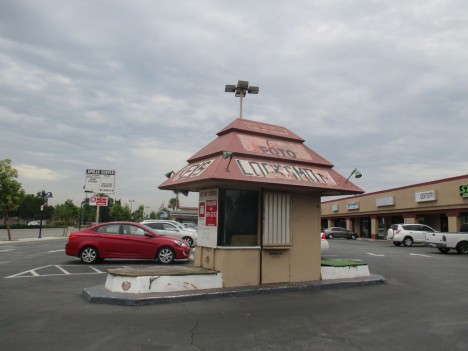 Downey and out? Flickr user Charles Hathaway (romleys) brings us this former Fotomat that soldiered on – for a time, at least – as a locksmith booth. Snapped in July of 2015, the slightly grungy ex-Fotomat is located at the Apollo Center strip mall in Downey, California.