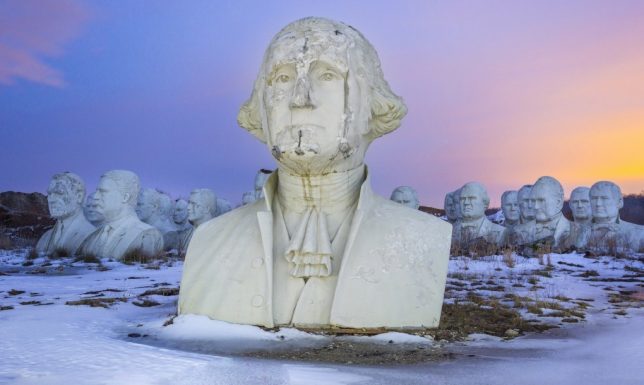 Few can recall Presidents Park, a 10-acre sculpture park (with associated indoor museum) formerly located in Williamsburg, Virginia… the rest have repressed those memories. The park opened in March of 2004 but closed in September of 2010 due to financial difficulties. Guess they needed a few more Benjamins. 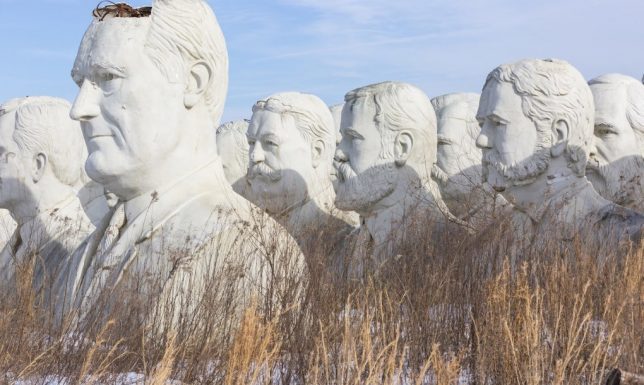 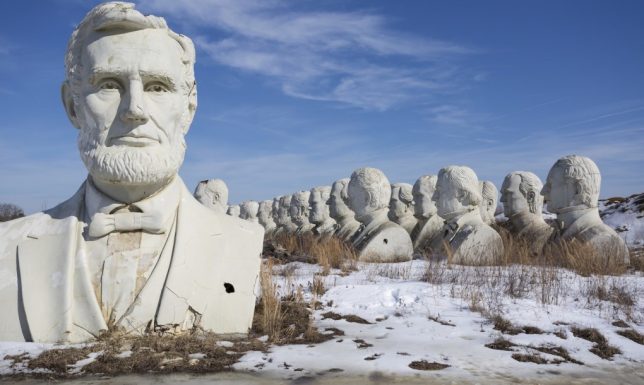 The highlight of the park was a surrealistic sculpture garden featuring 43 presidential busts from Washington to Dubya (sorry, Obama). In early 2013, the 20-ft tall busts were relocated to a private local farm where they still stand, exposed to wind and weather – the bust of Ronald Reagan has been struck by lightning. Credit David Ogden and http://www.photographers.net with the above images. 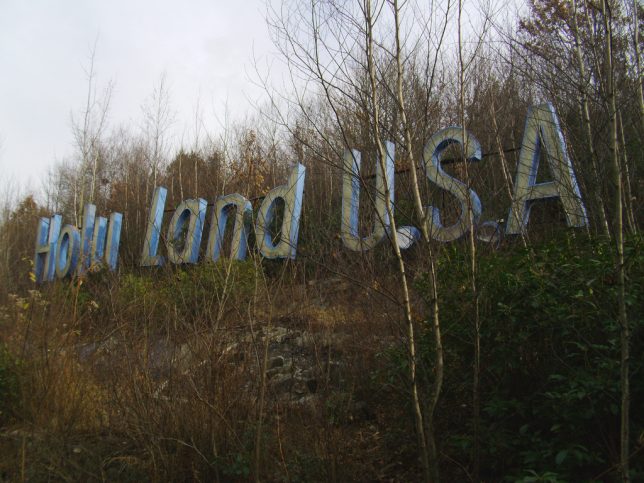 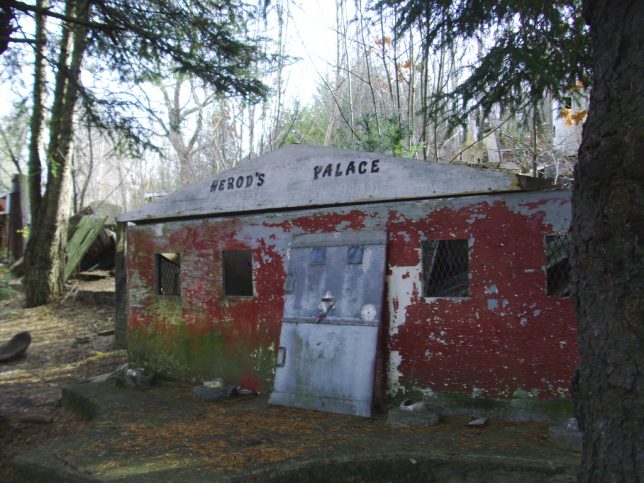 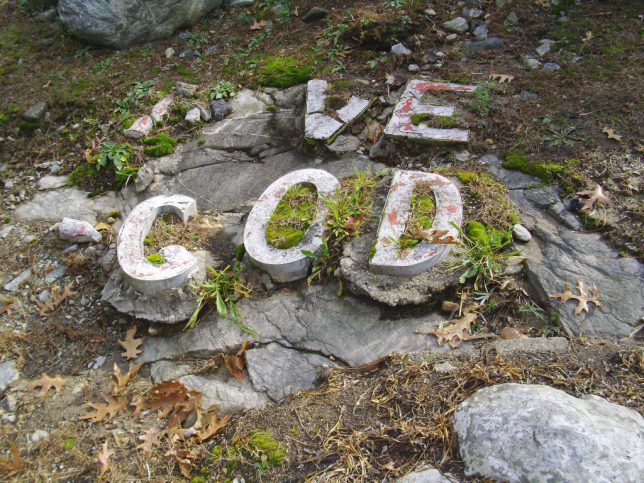 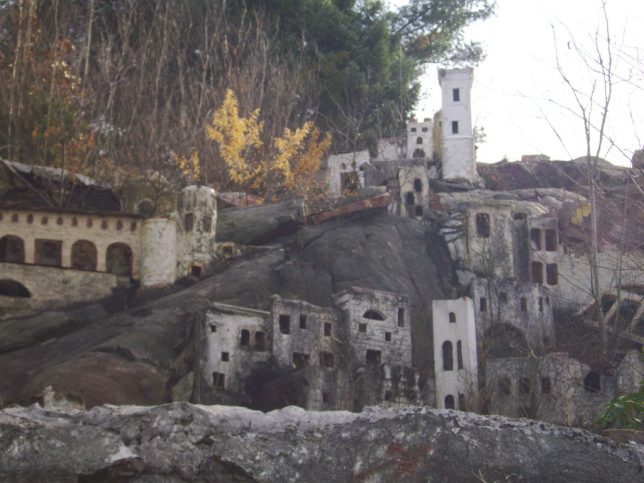 The park suffered from extensive vandalism over the succeeding thirty years though occasional piecemeal restoration efforts sparked hope the park as a whole might someday be, er, resurrected. These images from Flickr user laur marshall date from November of 2009. 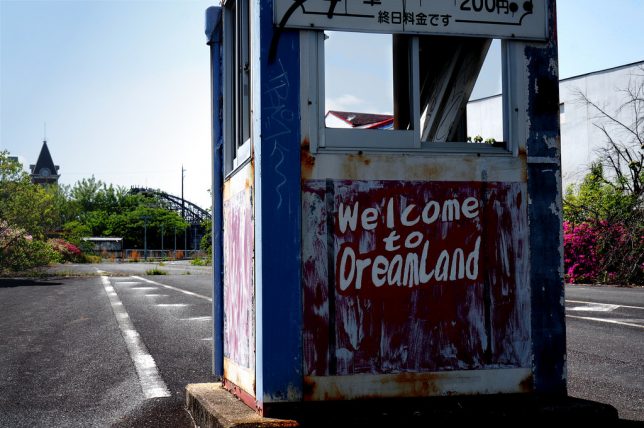 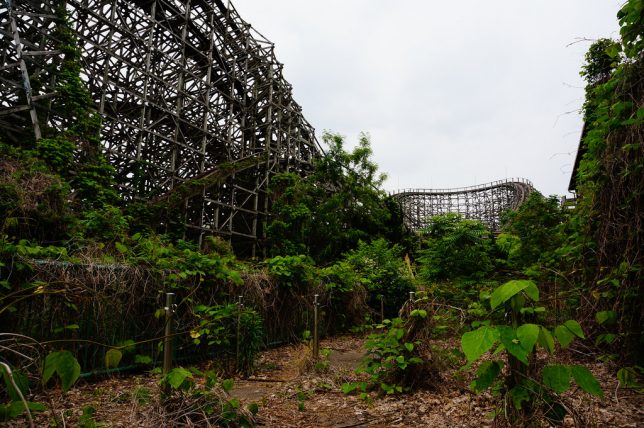 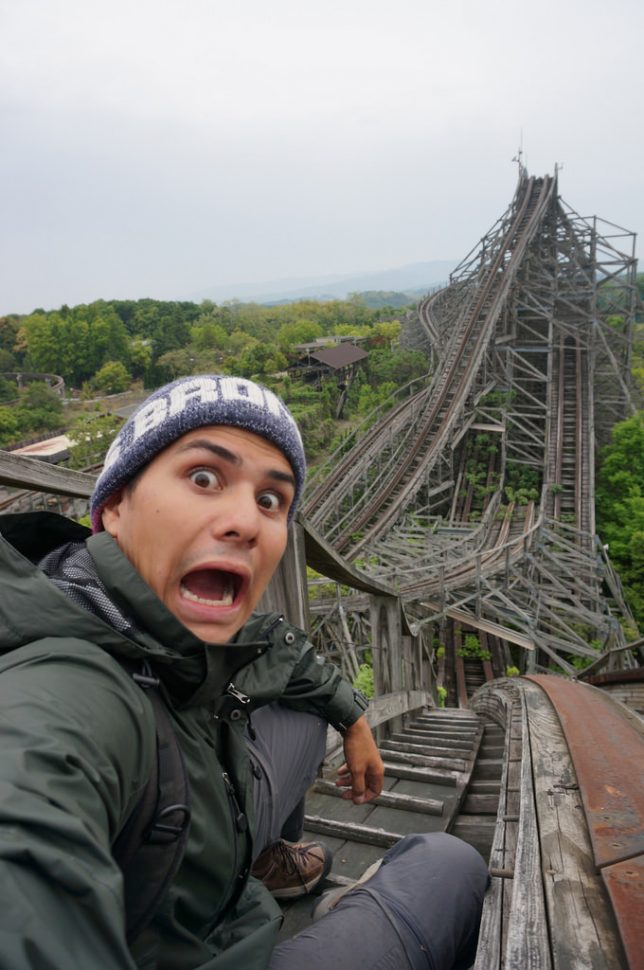 Modeling your theme park after Disneyland might have seemed a good idea at the time (1961, in the case of Nara Dreamland) but such a strategy can backfire when your inspiration (Tokyo Disneyland) expands and is upgraded into the Tokyo Disney Resort. Though the latter opened in 1983, Nara Dreamland managed to hang on until the end of August, 2006. 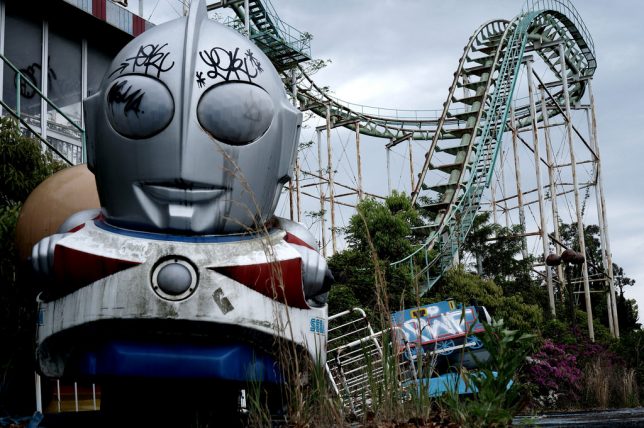 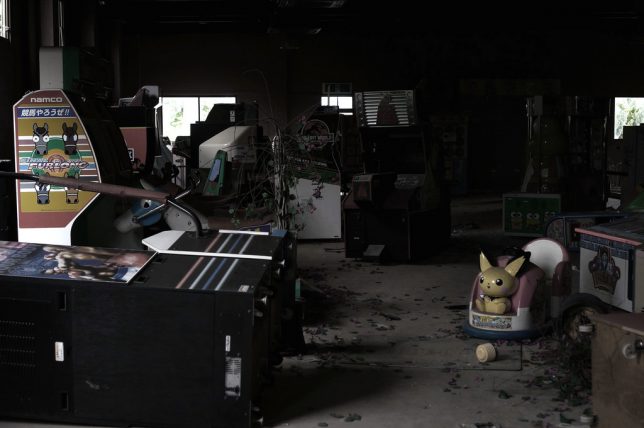 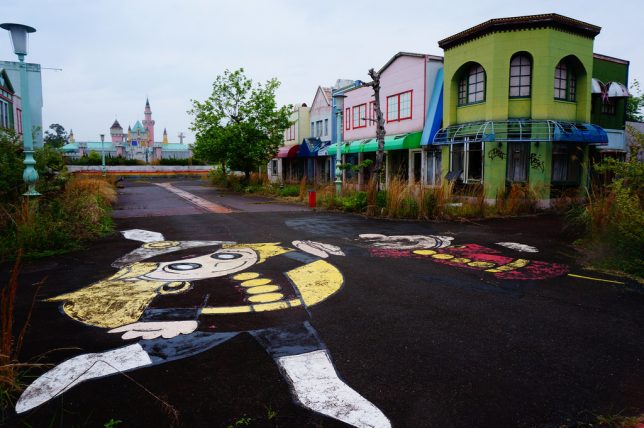 Nara Dreamland’s been abandoned ever since, to the delight of urbex explorers and associated documenters of pop culture eerieness. Flickr user Jon Gazzignato snapped these nightmarish scenes of the deserted Disneyland wannabe in May of 2015. 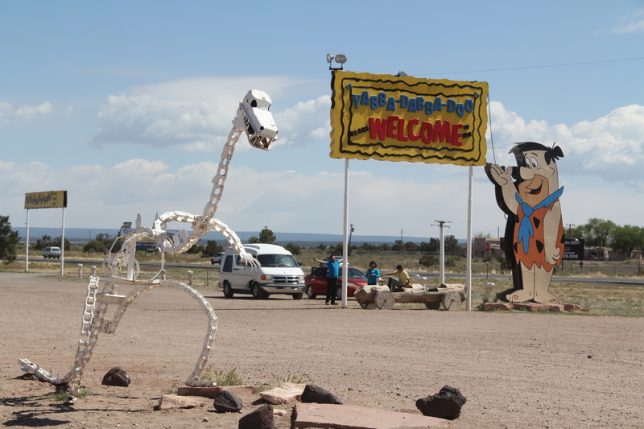 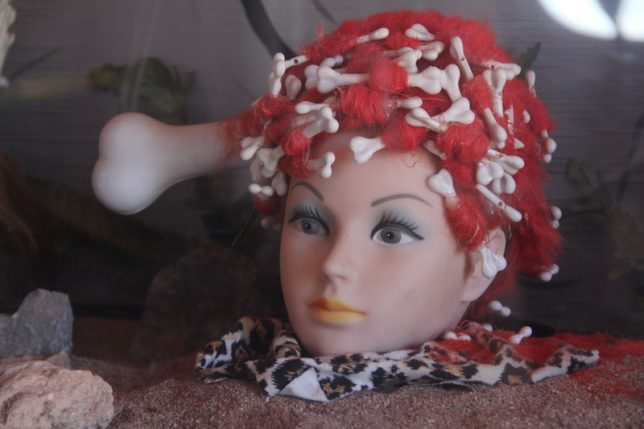 Good news everyone, Bedrock City – a Flintstones-themed theme park in Williams, Arizona – is for sale! There’s just one sticking point: the park’s license from Hanna-Barbera is non-transferable so any and all references to a certain Sixties TV show will have to be expunged by the new owner. 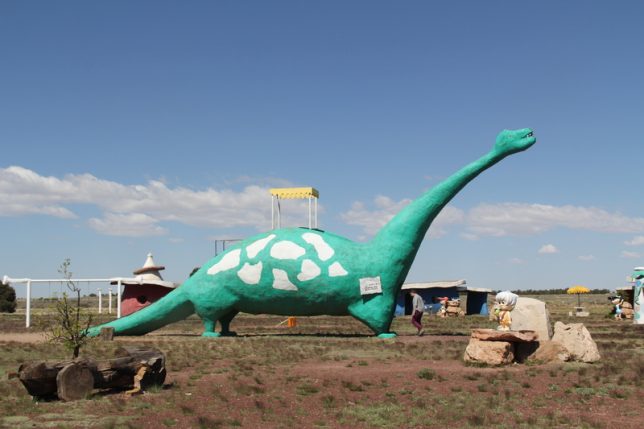 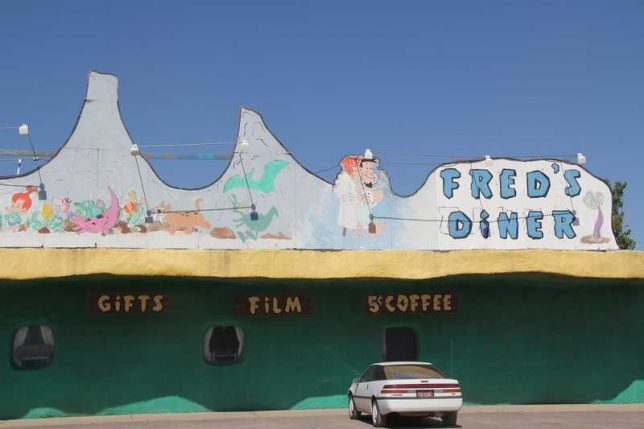 In the meantime, the park (which has been baking in the blistering desert sun since 1972) contemplates an uncertain future as an outlet mall, a cultural center or a casino. Why not all three? 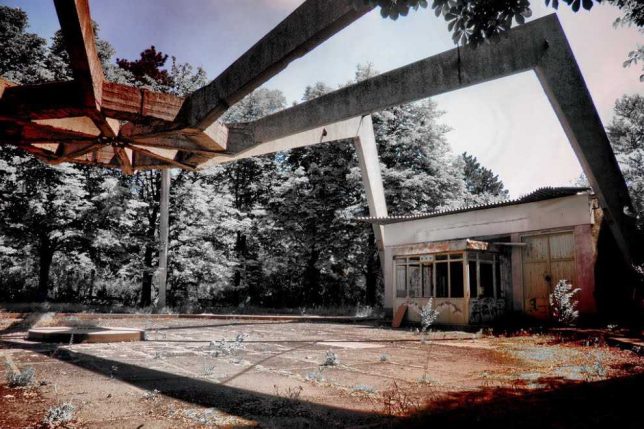 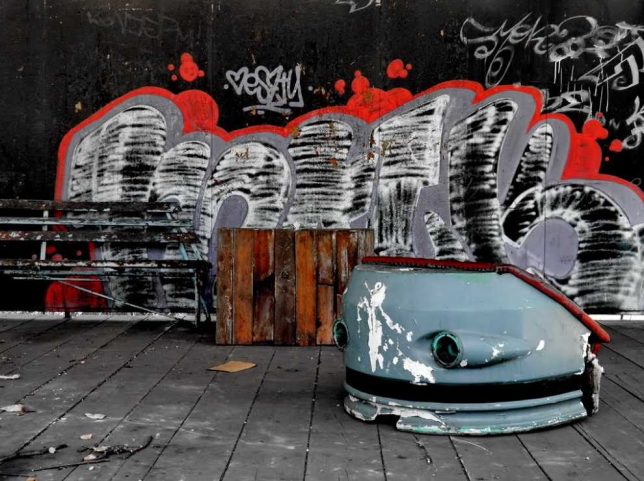 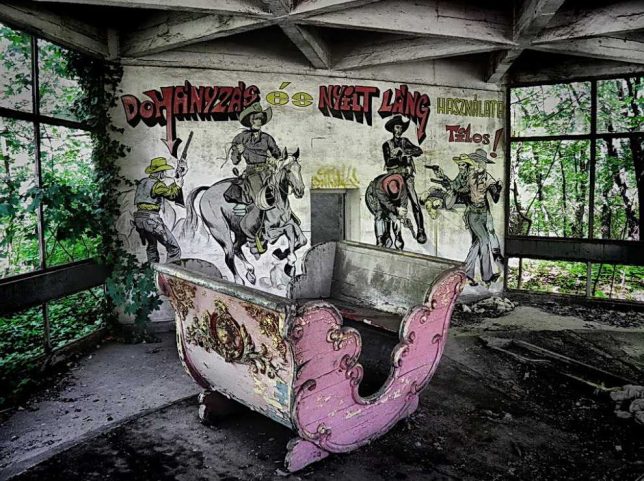 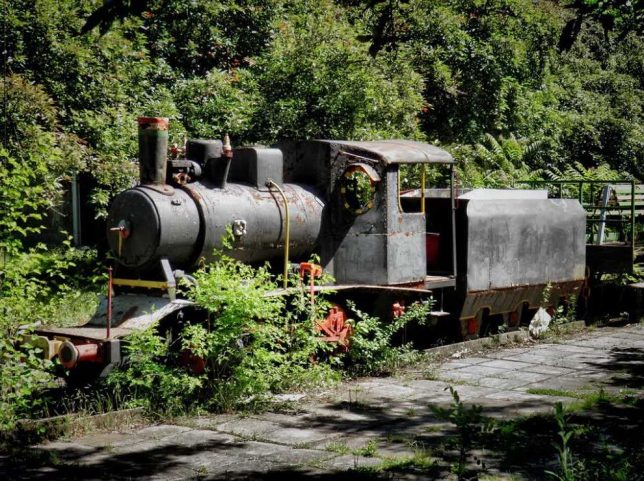 There’s nothing quite like an abandoned former East Bloc theme park, amiright? Dunaujvarosi Vidámpark in Dunaujvaros, Hungary opened in 1953 (the year Stalin died) and closed in 1993. Being a non-capitalist enterprise for the bulk of its existence, Dunaujvarosi Vidámpark was supported by government funds until the fall of communism put an end to the free ride… or rides, as it were.