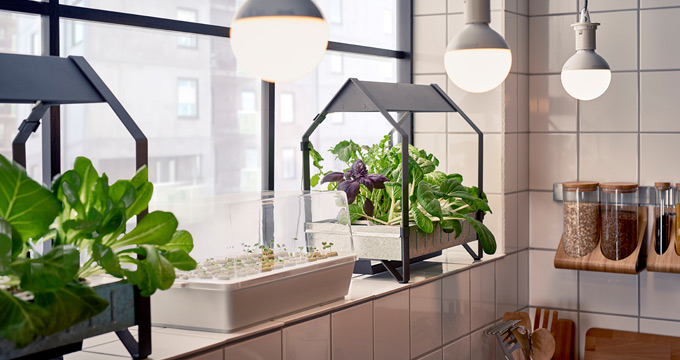 IKEA recently launched a hydroponic gardening system to allow people to grow fresh produce at home (without soil or sunlight) and has just unveiled a similar system under development that is aimed at helping restaurants raise ingredients in-house. 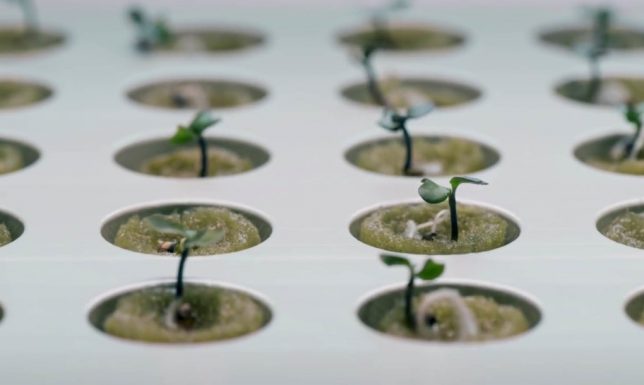 The KRYDDA/VÄXER hydroponic garden lets sprout seeds without soil using absorbent foam plugs that keep plants moist (without over-watering, thanks to a built-in sensor). Germinated seeds can then be transferred to pots fitted into a growing tray featuring a solar lamp. The system is designed to be easy to use for even inexpert gardeners. 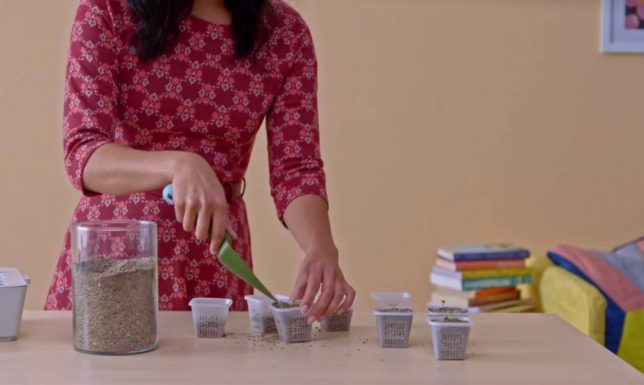 Meanwhile, in another bit to expand their sustainability model beyond furniture, furnishings and fixtures, IKEA has teamed up with Space10 to create The Farm, an aquaponic garden system for restaurants. A prototype is live and working the basement of Space10’s office in Copenhagen, and the two companies are planning to develop the system further for mass production and commercial deployment. 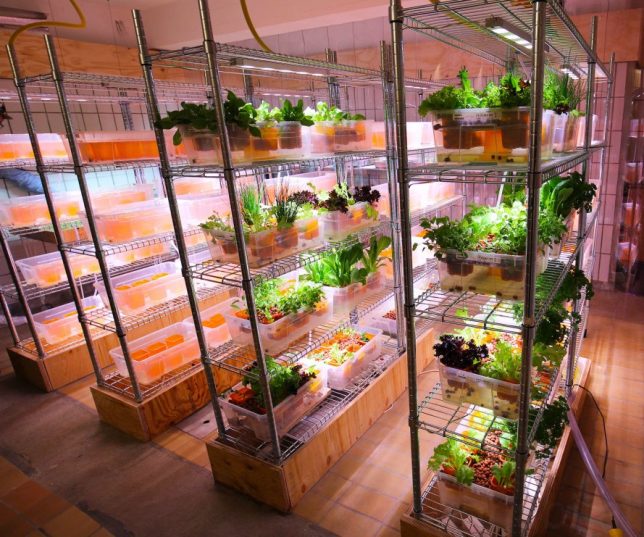 Few customers realize that IKEA is actually already one of the largest restaurant chains in the world, selling over a billion Euros of food annually. It is well-positioned to push for changes in the food supply chain (photos by Kristine Lofgren for Inhabitat). 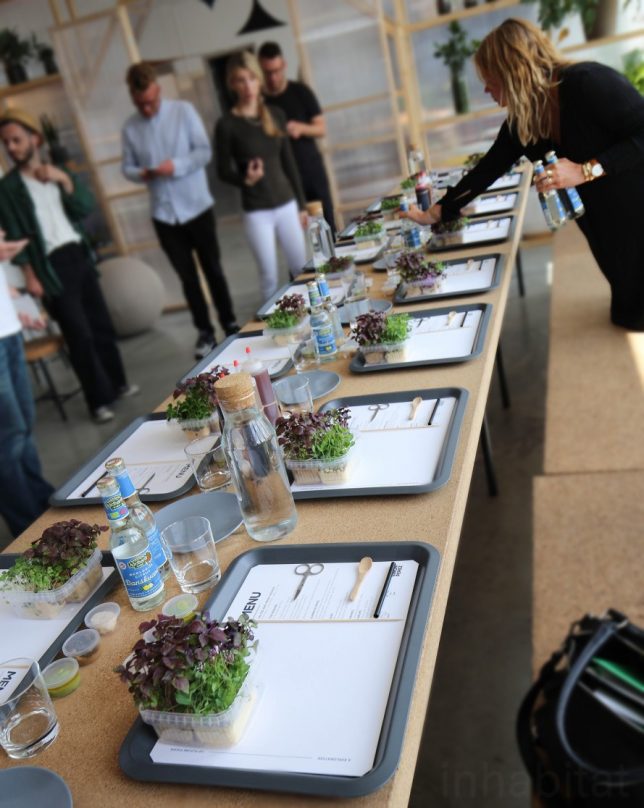 The Farm prototype can even create a complete burger (of sorts) on site, specifically: a “bugburger” made of mealworm, beetroot and gluten and top with freshly-grown herbs and lettuce. Aside from this particular (and peculiar) delicacy, however, the design is aimed at bringing as much of the food production process in-house, similar to a recent system developed in Germany allowing grocers to raise and sell their own fresh produce. 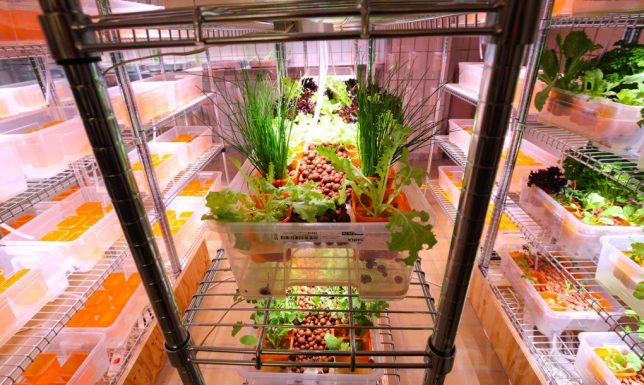 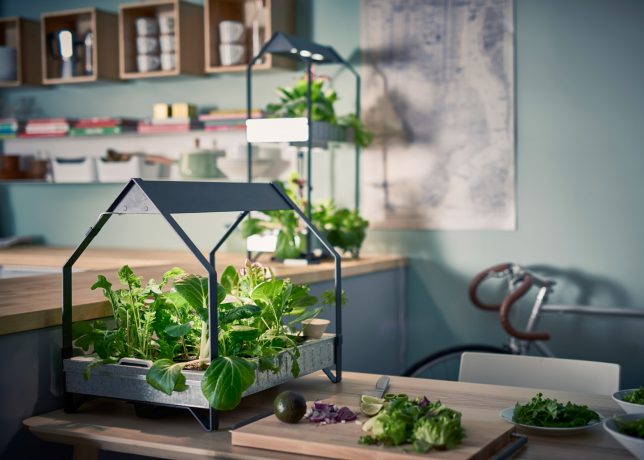 On multiple fronts, IKEA is changing the face of the farm-to-table movement, operating in parallel to larger urban vertical farming systems to generate products that are cheap and accessible, making gardening something that any city dweller or restaurant owner can dig into.