Activated by unspecified data transmissions, spinners whir and lights blink atop skyscrapers of computer parts arranged like a miniature city, visualizing information in real time as it’s collected – including your own movements as an observer. Your own face blinks back at you from a video monitor as you gaze at the many electronic parts cobbled together into a strange dystopian vision of a modern metropolis. ‘The Nemesis Machine’ by Stanza makes use of data that’s already being collected in London, including environmental monitoring and security-based technologies, representing “the complexities of the real time city as a shifting morphing complex system.” 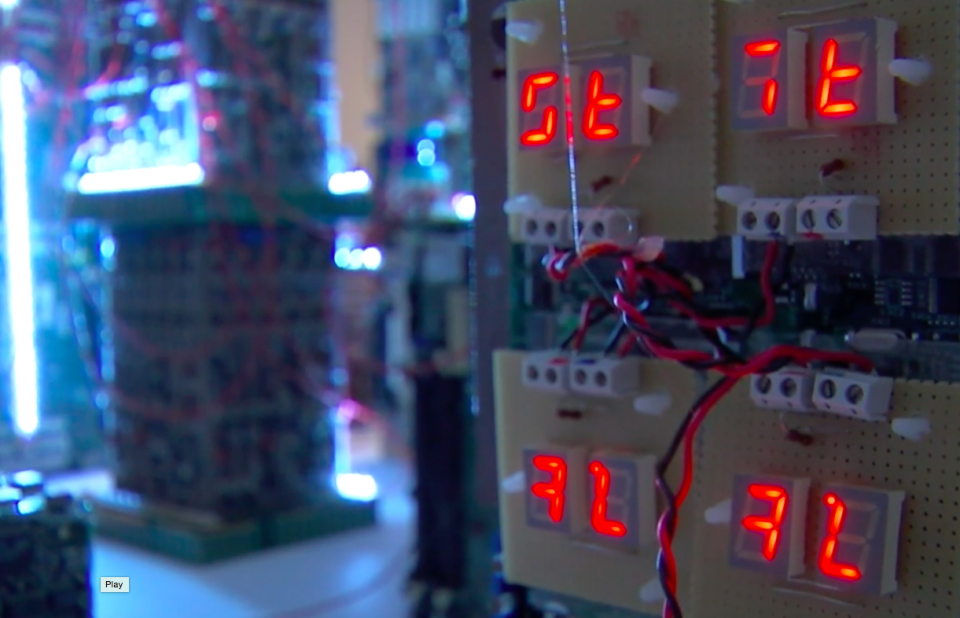 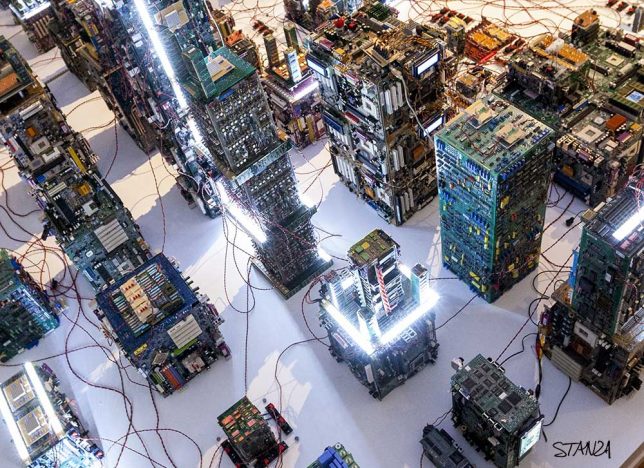 In that way, the machine becomes a sort of physical avatar of the city, reflecting its activity even when it’s assembled in another country altogether. The viewer becomes almost like a drone hovering over the miniature cityscape, observing all of those beeps, blinks, clicks and movements as they’re sent from the sensors in London, including temperature, humidity and motion. The installation asks the question, what will future cities look like as we move even further into the era of constant surveillance? 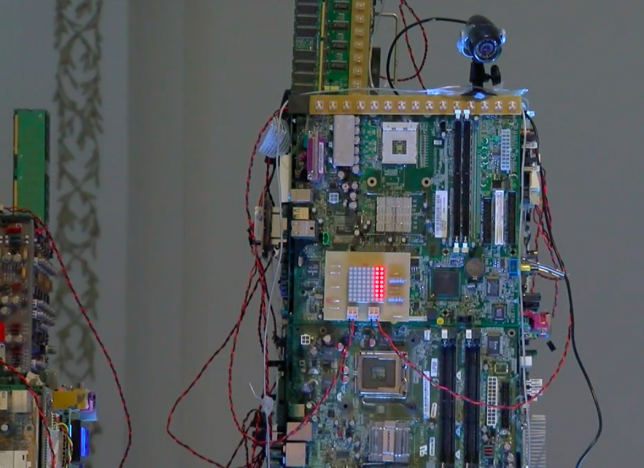 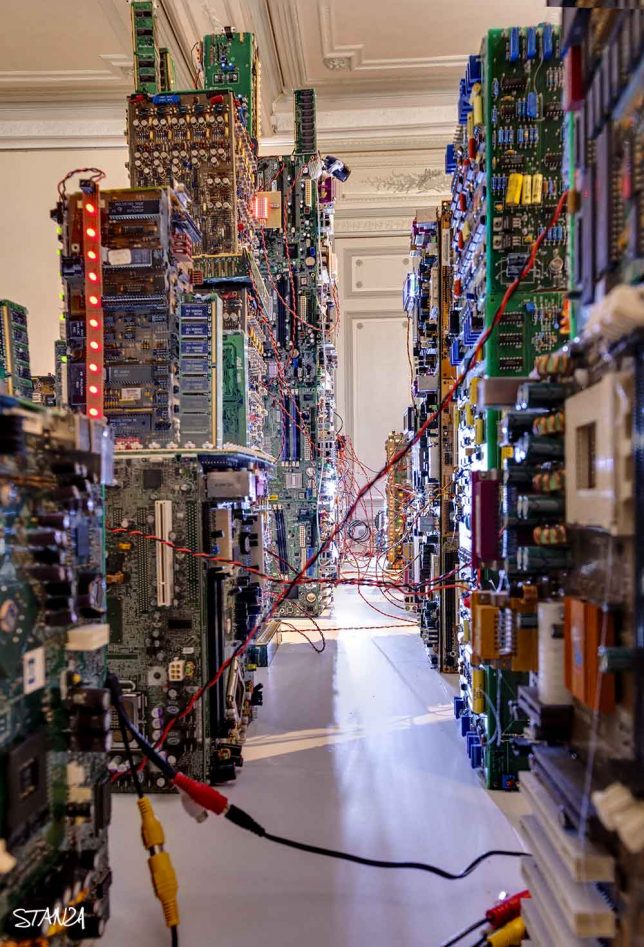 “The Nemesis Machine is a mini, mechanical metropolis that monitors the behaviors,a activities, and changing information, of the world around us using networked devices and electronically transmitted information across the internet. The artwork reforms this information and data creating parallel realities. At the heart of this work lies an interest in the urban environment, the network of cameras and sensors to be found there, and the associated issue of privacy and alienation.” 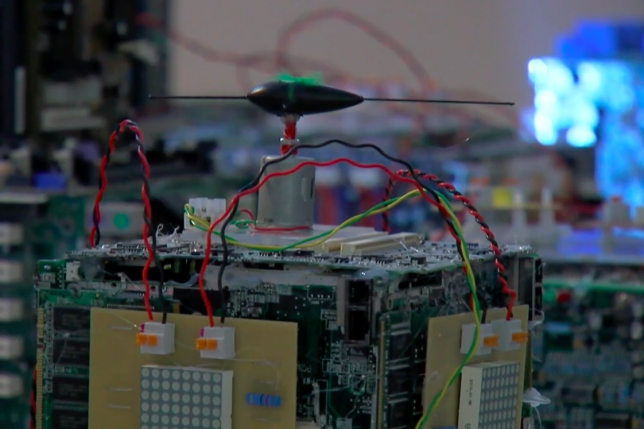 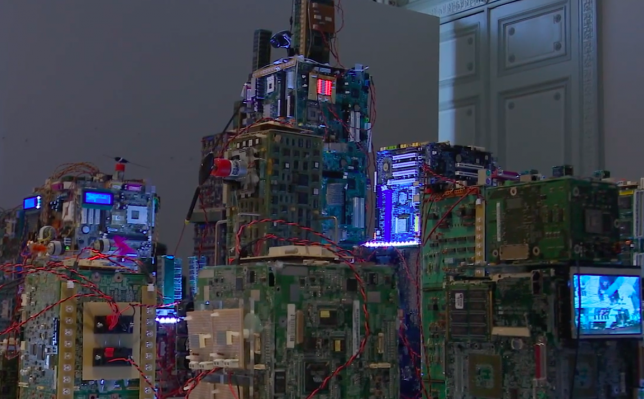 “The installation poses the question of who owns the data and speculates that virtual borders will soon create more systems of control. What I’m doing, which is sort of new ground, is that I’m hacking access to a network and re-appropriating the data and information, and I’m re-contextualizing it to give it a wider meaning. I want to show that you can do something positive with this data. And as I say data is the medium of the age. The real world is made virtual and then real again.”