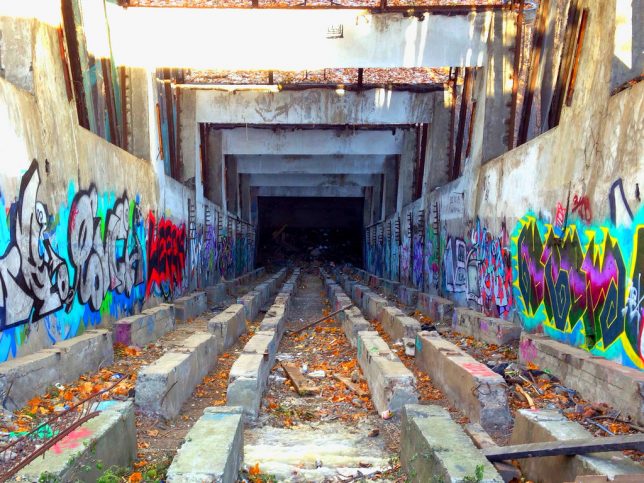 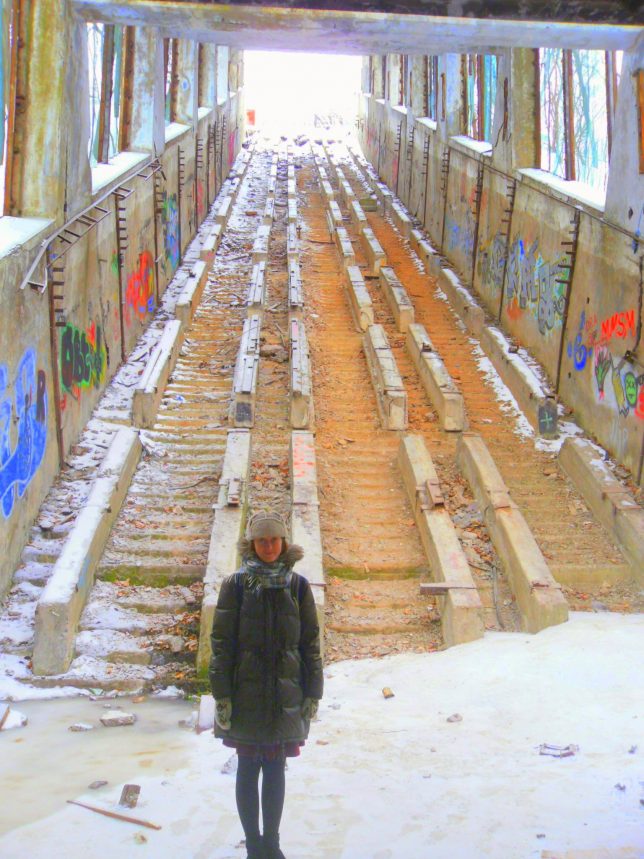 Moscow’s Sparrow Hills (Lenin Hills, 1935-99) once boasted a glorious complex of escalators housed in a cascade of glass and concrete. Opening in 1954, the escalators were shut down in 1984 due to seismic shifting in the underlying hillside. Unlike most other abandoned infrastructure, almost everything salvageable has been removed from the escalator gallery though it’s uncertain whether the salvagers were officially employed or just freelancers. 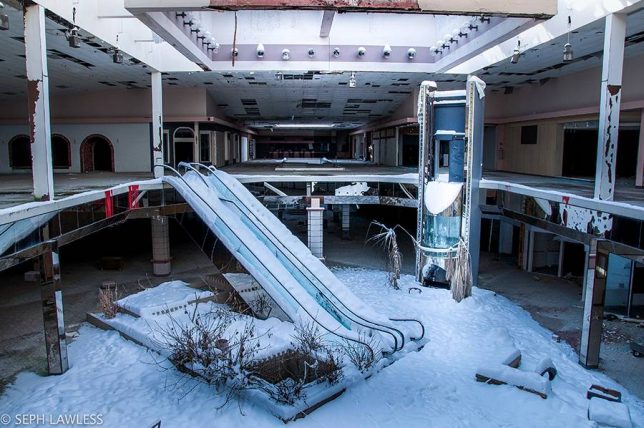 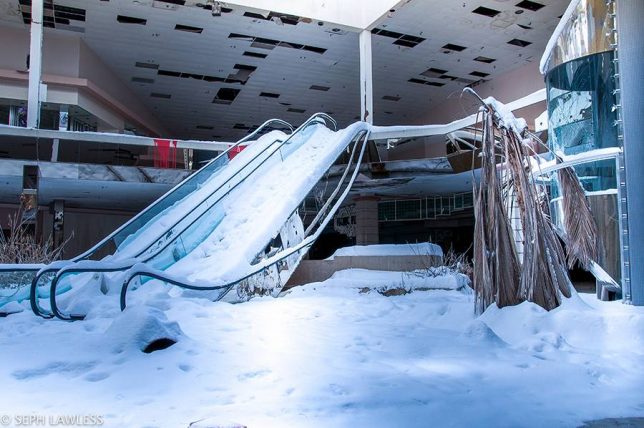 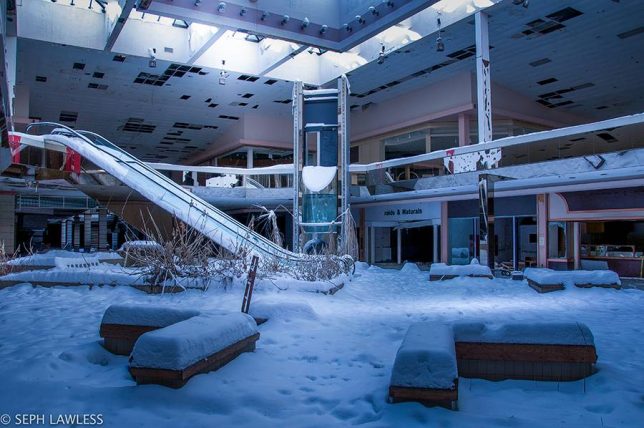 The abandoned Rolling Acres Mall in Akron, Ohio is a bleak and desolate place that can be transformed by something as simple as a winter snowstorm. Though the mall closed relatively recently – December of 2013 – it’s deteriorated remarkably quickly and the skylights which once let in copious sunlight now allow entry of, well, anything and everything. Photographer Seth Lawless snapped a scene worthy of a post-apocalyptic snowglobe following a seasonal snowstorm, and frankly the miserable mall never looked better – even when it was open. 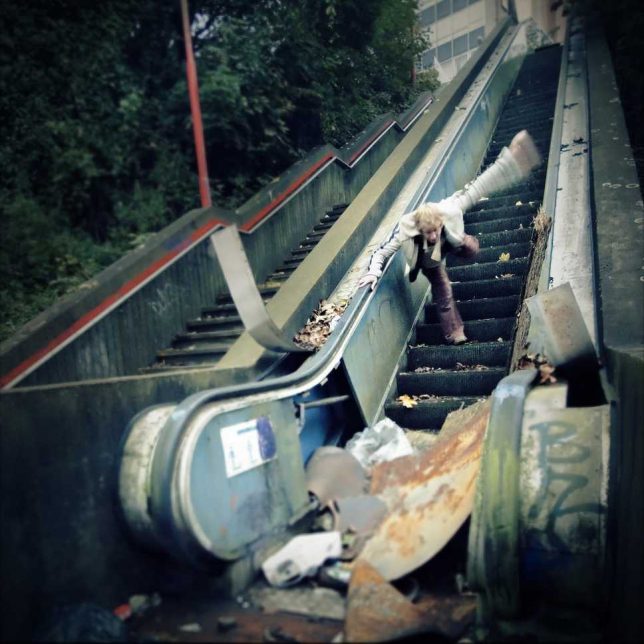 Don’t you just hate it when the escalator stops suddenly and your brain can’t adjust in time? Then there’s this guy, whose brain can’t process the fact that the descending escalator he’s riding in Brussels, Belgium stopped for good a long, long time ago. Looks as though he’ll reach the bottom momentarily, however.