Could tiny prefabricated stackable mobile housing units help solve homelessness in cities like San Francisco, where nearly 7,000 people sleep in the streets every night? Affordable housing has all but disappeared in the Bay Area, pushing thousands of people out and giving many people nowhere to go. While most developers in San Francisco are busy working on building the kinds of expensive condos that exacerbate the problem, one is offering a potential solution in the form of minimalist pods. 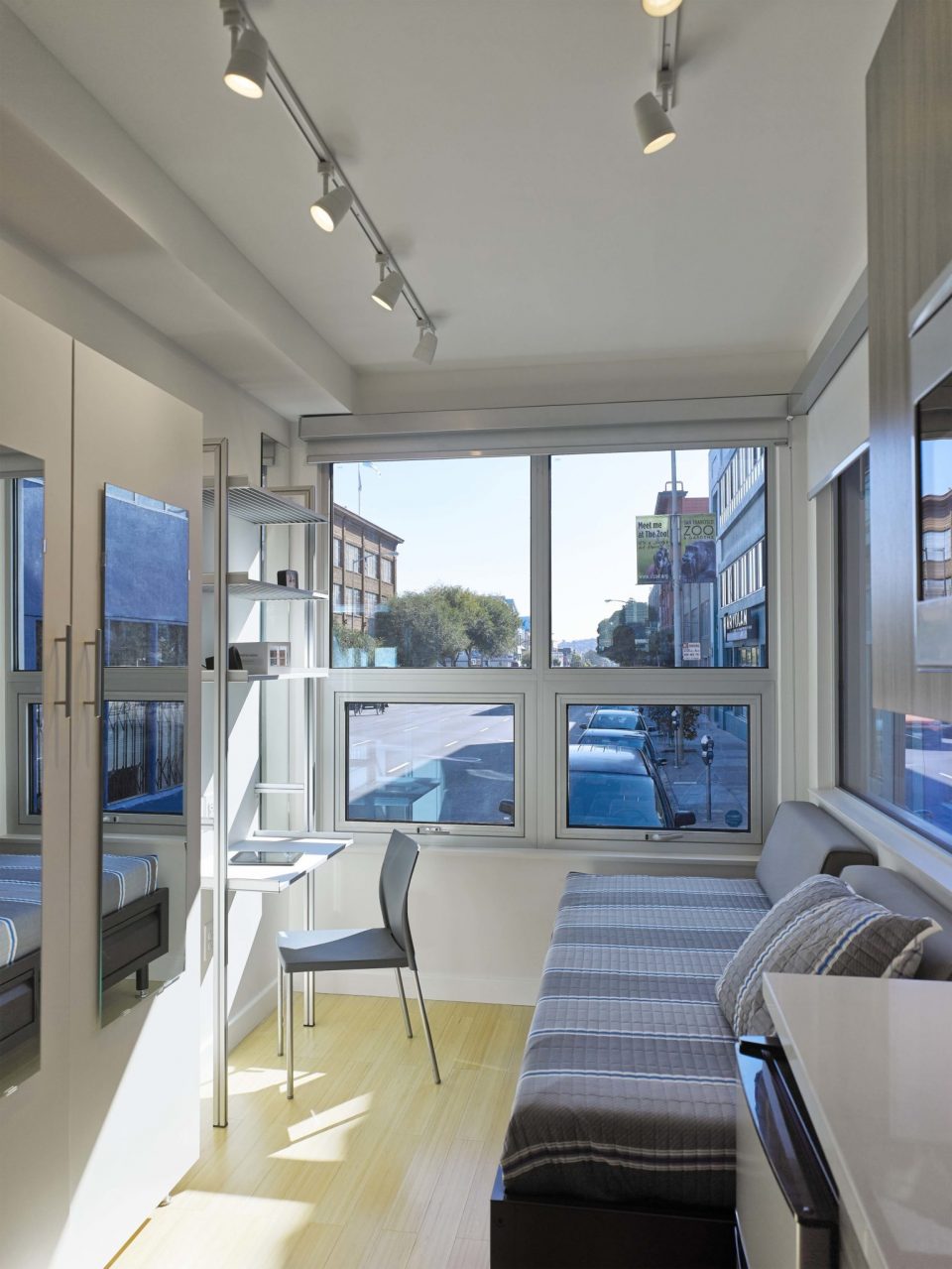 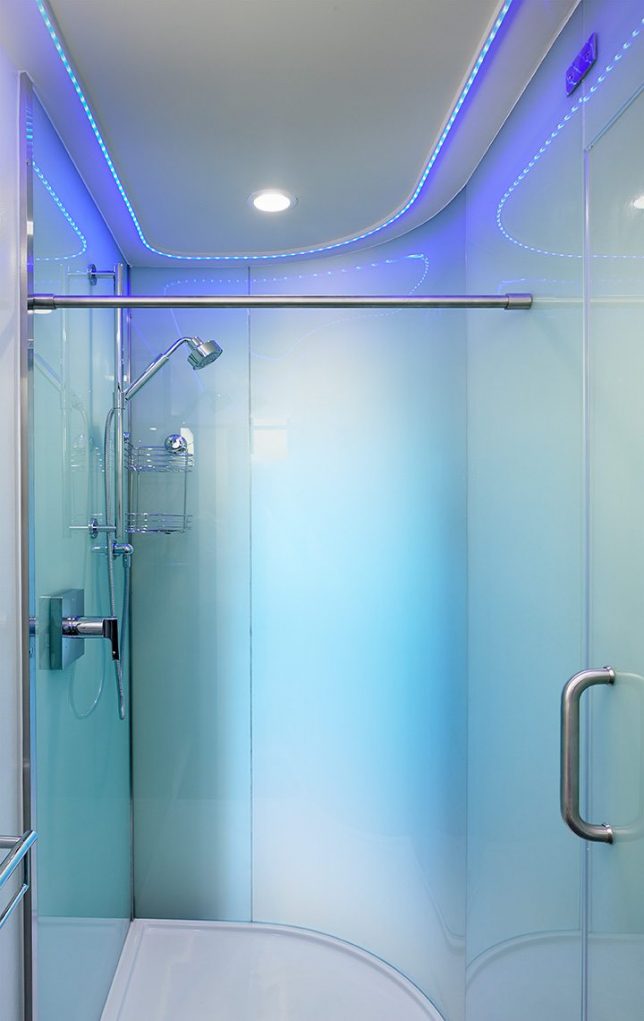 Patrick Kennedy and his team at real estate development and rental company Panoramic Interests present the MicroPAD, a self-contained, 160-square-foot mobile home that can stand alone or be stacked into a complex of up to 300 units. Nine-foot ceilings and generous windows flood the interiors with natural light, and each home contains a bed with storage drawers, a modest kitchenette, armoire closet, desk with chair and shelves, and a bathroom with a toilet and shower. 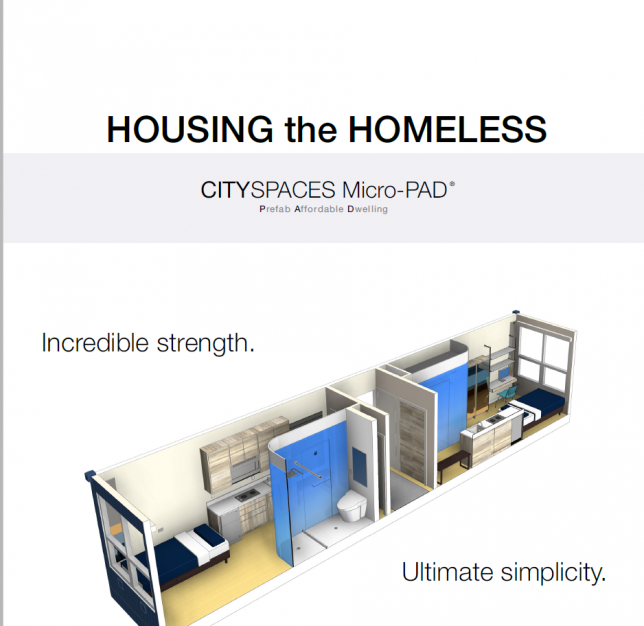 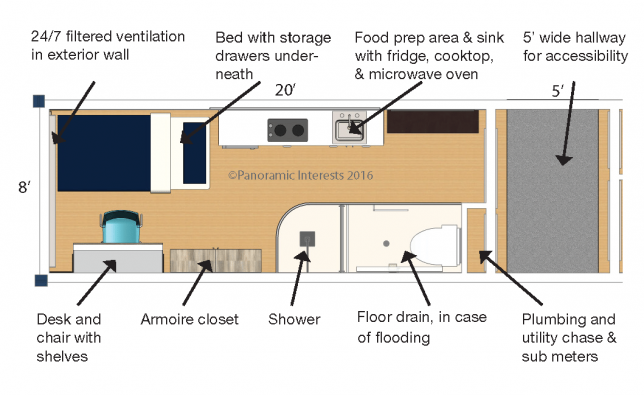 The units can be manufactured in about a week, exceed California seismic code, are made of non-combustible materials and feature engineered soundproofing and 24/7 filtered ventilation. Ultimately, aside from the size, the MicroPAD offers better quality housing than the more conventional apartments for which many of the city’s residents already pay lots of cash. The size and stickability is a response to the eye-watering $1,200-per-square-foot cost of development within the cramped city – it’s quick and easy to build, and doesn’t take up a lot of space. 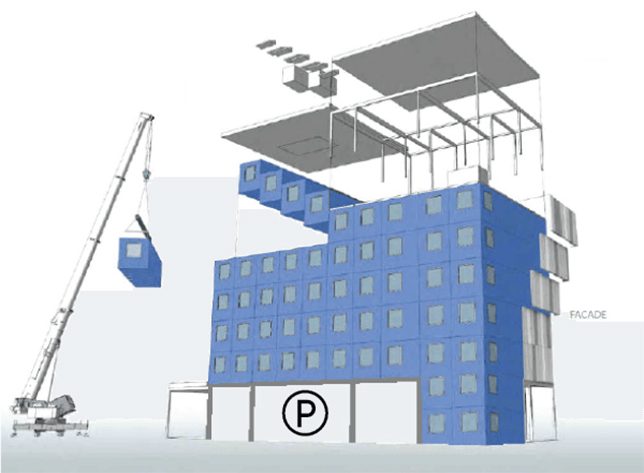 Using prefab materials shaves 40% off the cost of conventional construction, and the developers note that the units can be built on, or in the airspaces above, unused and underutilized city-owned lots to further cut costs. At a cost of $1,000 per unit per month, the MicroPAD would come in at well under the average $17,353 currently spent per year on each homeless person in other forms of supportive housing. Panoramic Interests has a bunch of proposals on their site showing how and where the units could be stacked into 33-unit or 300-unit buildings. 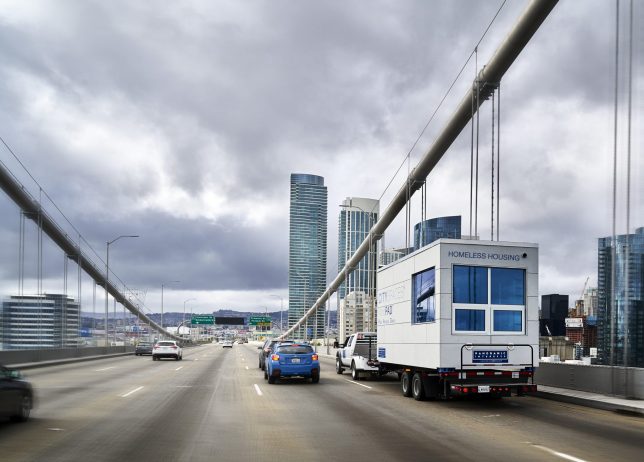 Clearly, a lot of thought has been put into this proposal, and the company has already produced a number of prototypes to demonstrate exactly how the units work – one is placed outside Kennedy’s office on Ninth and Mission, a neighborhood with a significant population of homeless people. Of course, in a city where anyone who isn’t a tech worker struggles to get by, this concept could and should be scaled up to offer affordable housing for all.