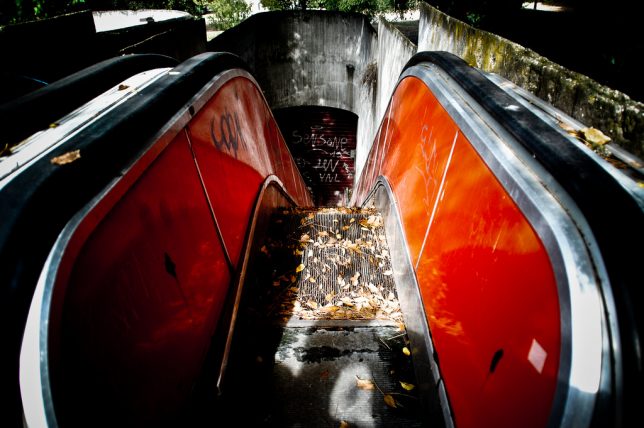 When in Rome, do as the Romans, er, don’t… which in this case means “use this escalator”. Flickr user Rory MacLeod (mac.rj) discovered this marinara-sauce-red abandoned escalator in October of 2010 while traversing a closed-off park. Dude, that park was closed for a reason!

Too Hot To Trot 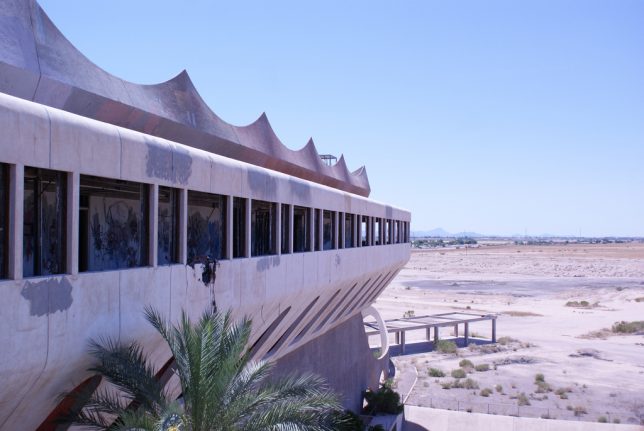 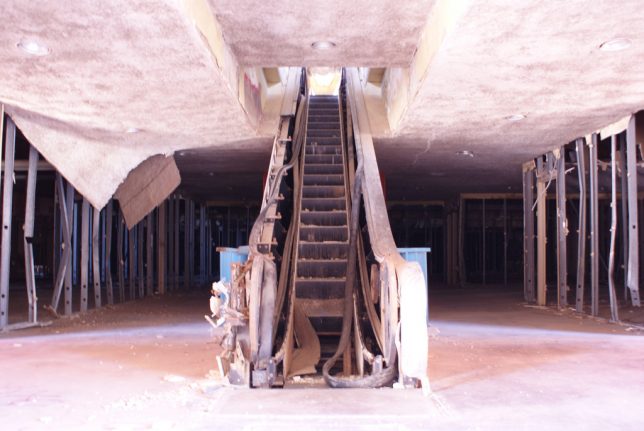 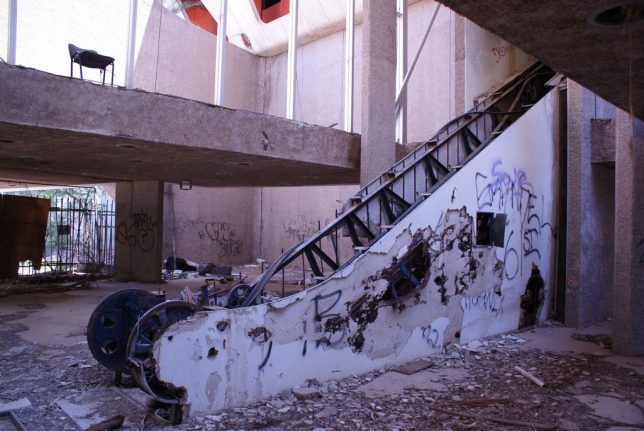 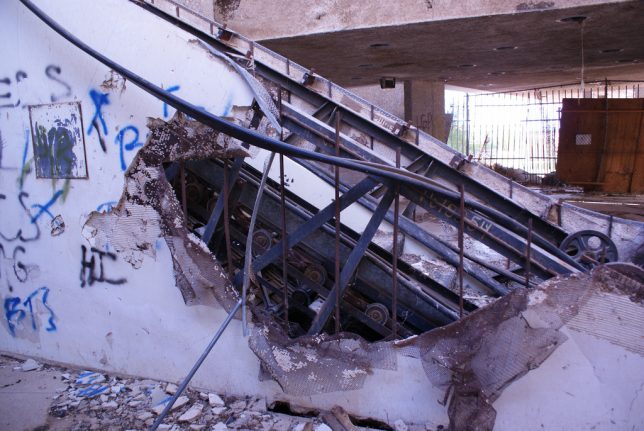 The Phoenix Trotting Park in Goodyear, AZ opened in 1964 but closed a mere two years later. Poor planning and road access issues conspired to keep horse racing fans away, leaving the facility to sit abandoned and unloved for the past half-century… and boy, does it look it! Flickr user Heather Hinchliffe Rode (Digital Heather) braved the blistering desert heat in July of 2013 to bring us these stark images.

Terrace A New One 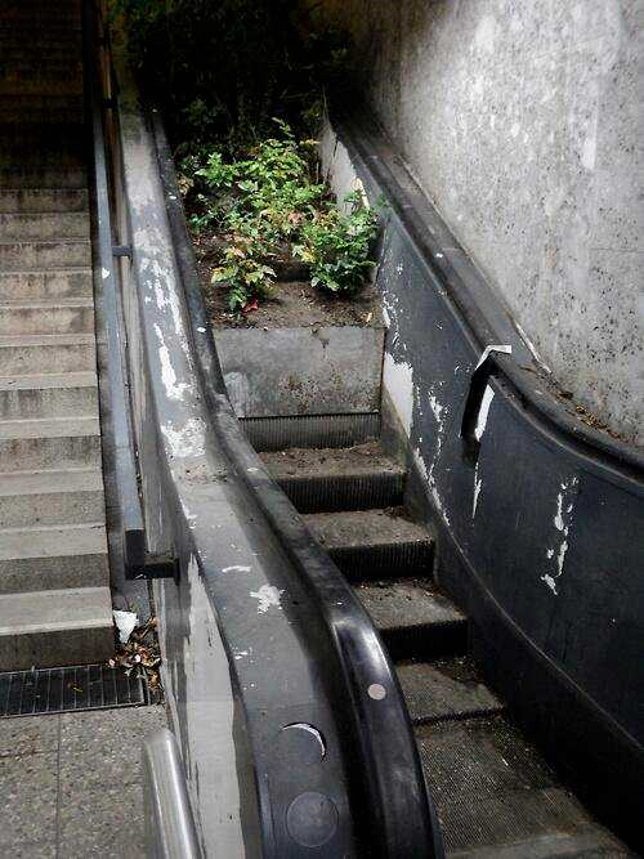 OK, so these aren’t your father’s farm terraces but something’s growing here, and presumably a skylight is making it all possible. As for water… make that a busted skylight.