Well, that did NOT escalate quickly. These busted up and broken down abandoned escalators won’t be devouring any CROC plastic sandals anytime soon. 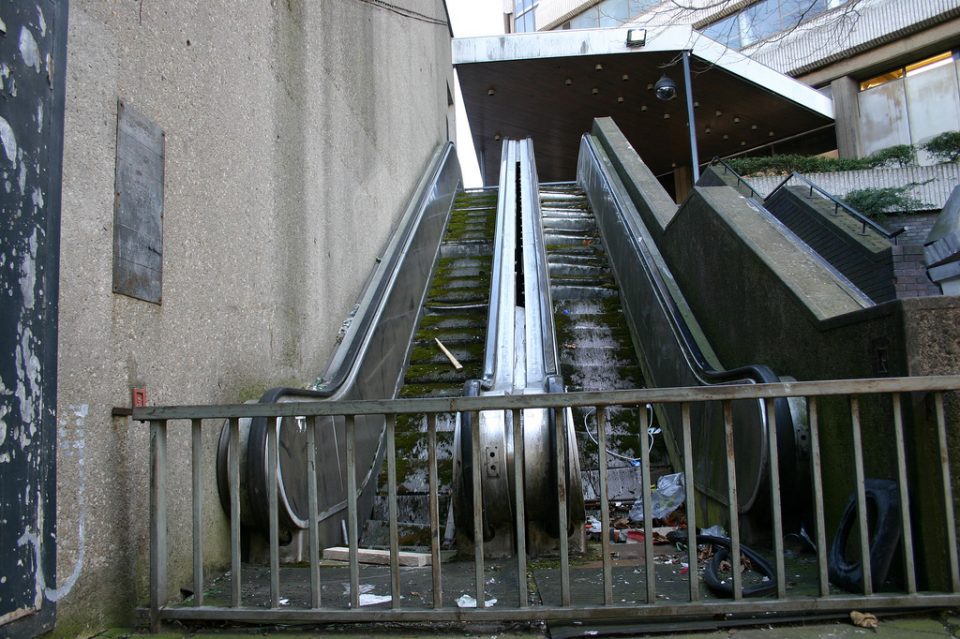 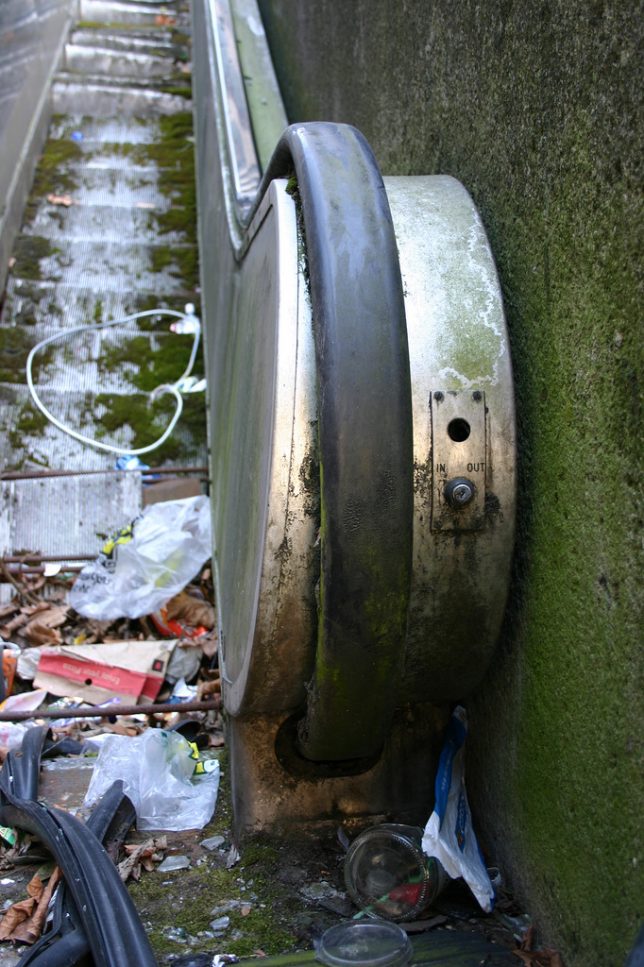 An outdoor escalator? In damp, rainy England? It’s more likely than you think, and most likely to be abandoned like this mossy ex-people-mover in Leeds. Snapped by Flickr user Paul Williams (Bluelemur), the long-neglected electric stairway once ferried shoppers from a pedestrian underpass up to a shopping mall. These images were taken in March of 2006; both the mall and its escalators were demolished shortly thereafter.

Somewhere Under The Rainbow 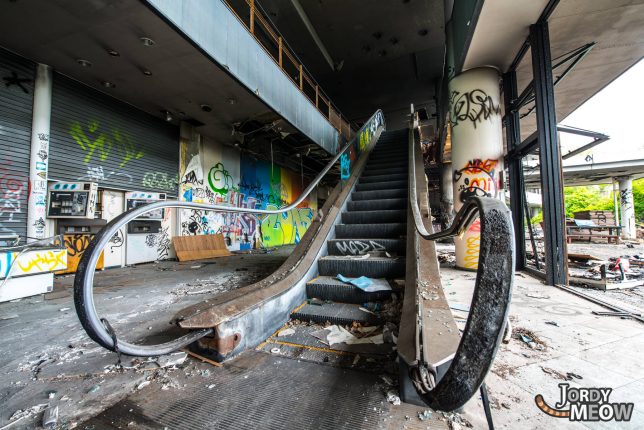 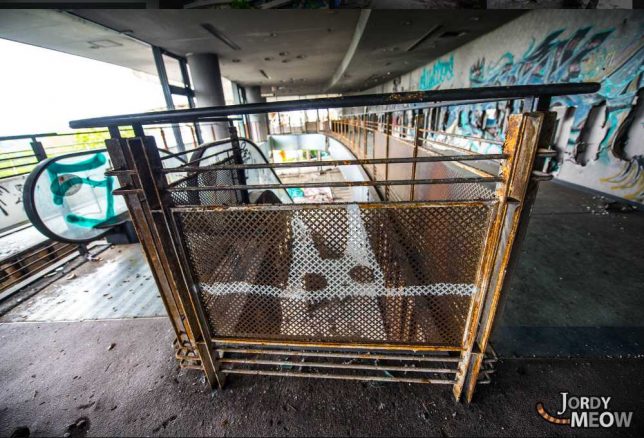 Think “La Rainbow Hotel” and a spectrum of brilliant colors come to mind. The above post-apocalyptic scene certainly wasn’t in the minds of those who named the long-abandoned hotel though it DOES display an impressive visual palette. Jordy Meow of Haikyo.org captured the former (1990-97) hotel’s silent, seized-up & spooky escalator in July of 2012. 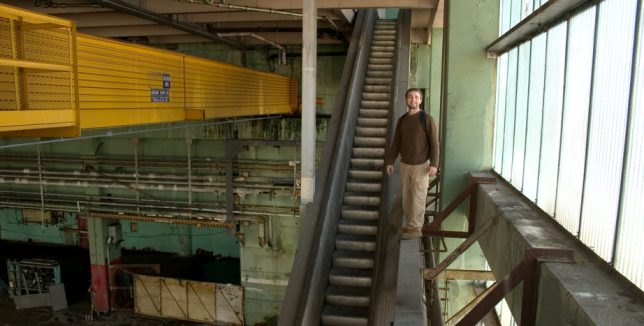 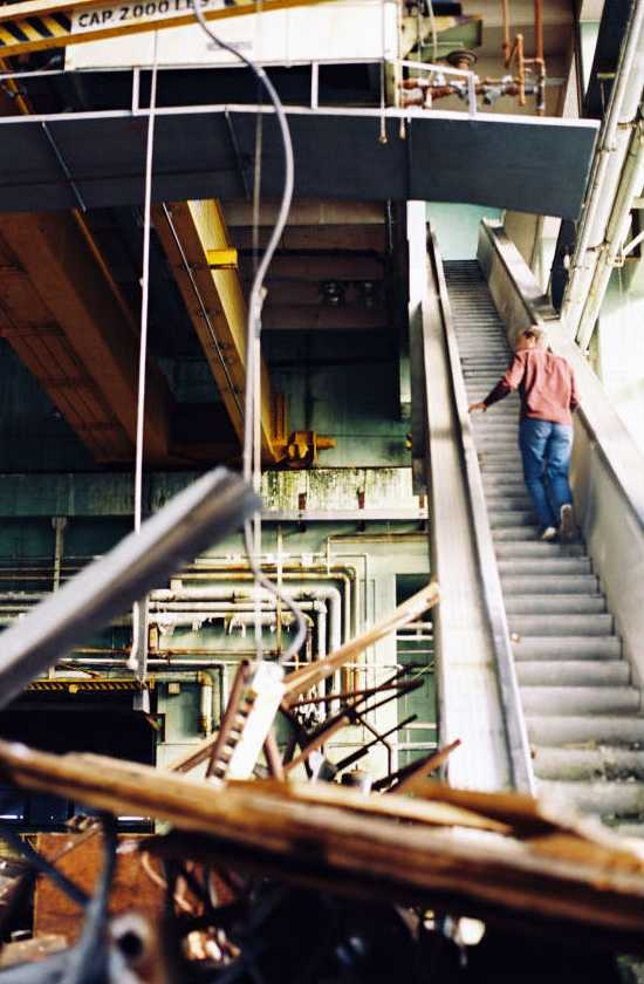 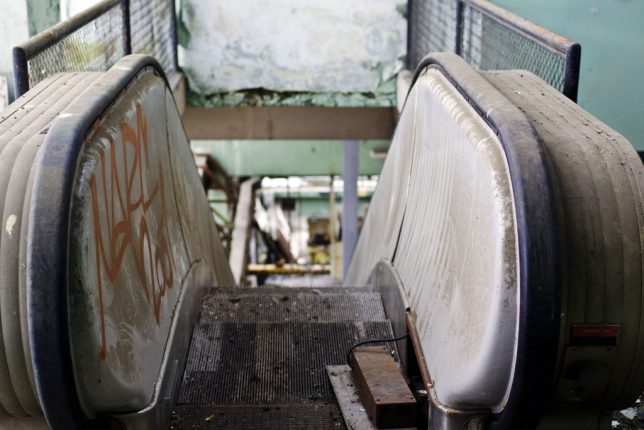 When Hunter’s Point Naval Shipyard in San Francisco, CA closed in 1994, the “tallest industrial escalator” (according to Flickr user TunnelBug) closed along with it. We’re guessing it was the narrowest industrial escalator as well though no one to our knowledge has done a comparative survey. The images above date from 2006, 2005 and 2009 respectively. 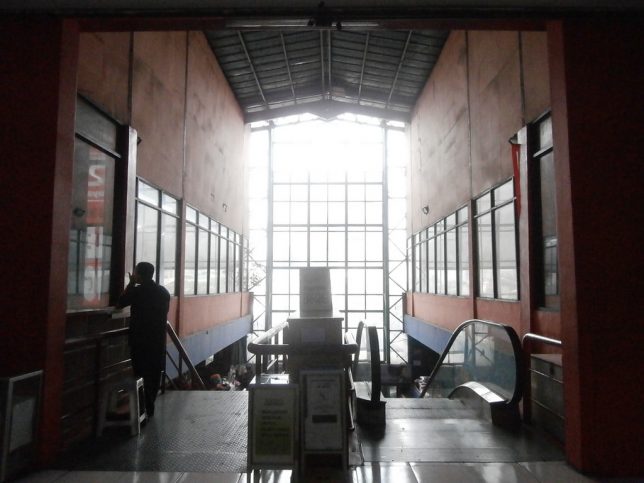 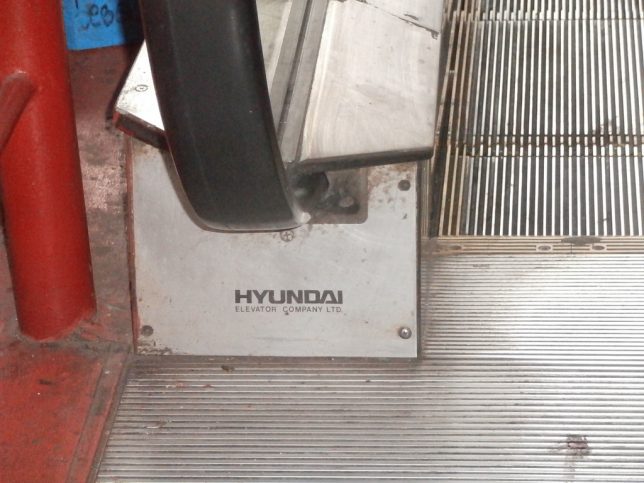 If Hyundai built this escalator as well as they build their current automobiles, it might still be working today. Instead, however, the abandoned mobile stairway in South Jakarta, Indonesia’s Tebet market dates from a time when Hyundai exported the infamous Pony and Stellar to unsuspecting North American shores… just typing those names evokes the aroma of cooked engine oil. Phew!