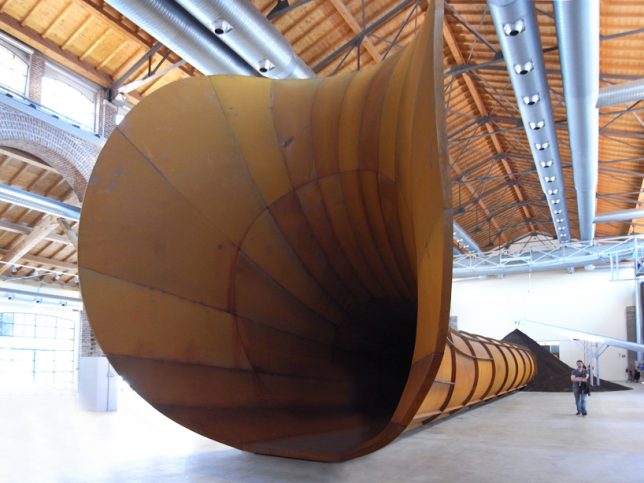 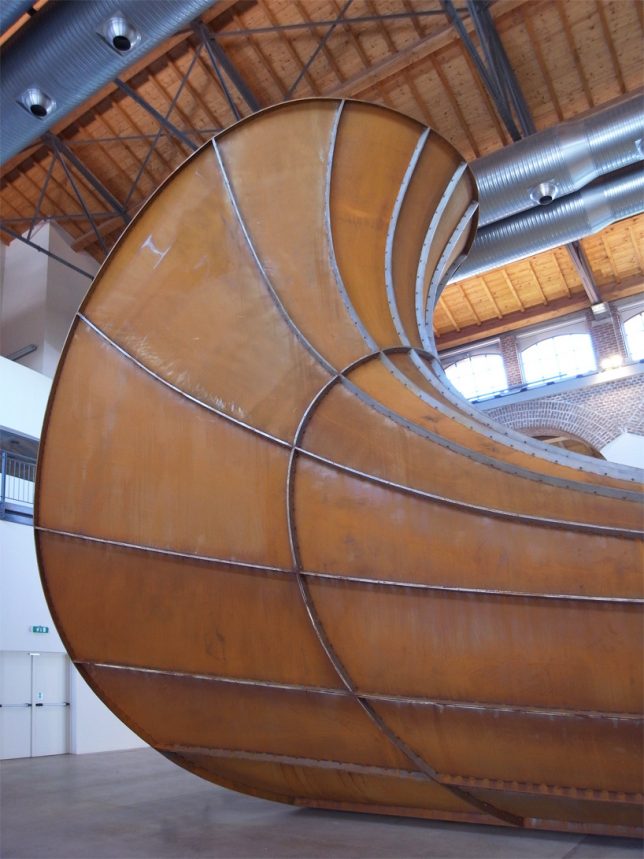 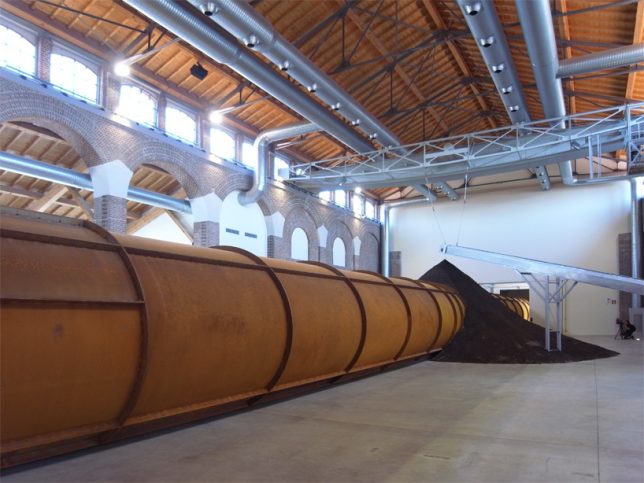 A massive steel volume resembling a monstrously oversized brass instrument occupies the Fabric del Vapore in Milan, beckoning visitors into its fluted entrance and then growing increasingly dark along its length until you must feel your way through the rest of it. ‘Dirty Corner’ by Anish Kapoor was designed specifically for the space and also included an apparatus that automatically dumped red dirt along its length.

Tape Installation in Vienna by Numen/For Use 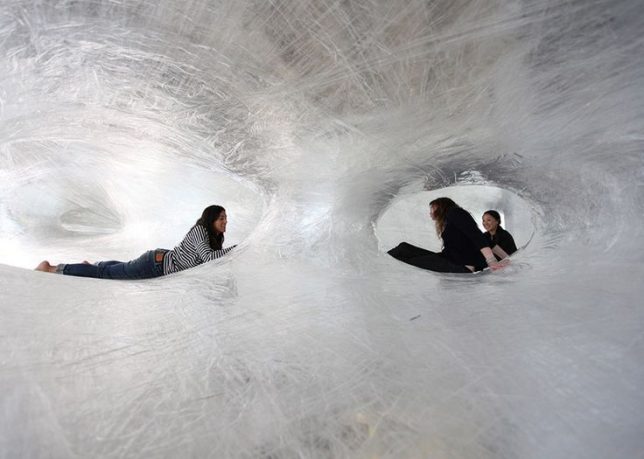 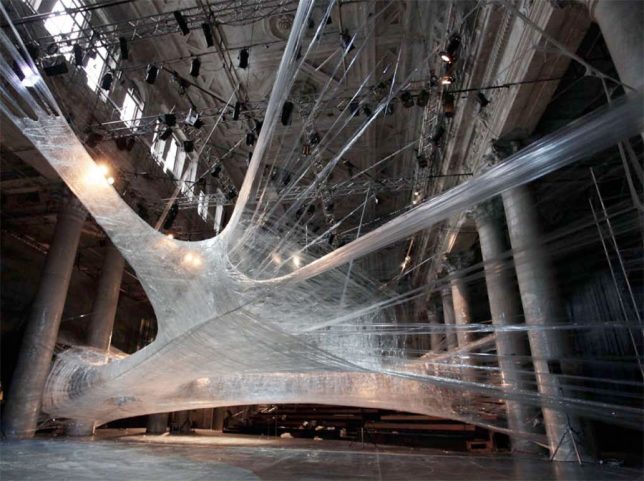 530 rolls of transparent tape went into the creation of ‘Tape Installation’ by Numen/For Use, with the end result suggesting the tunnel-shaped webs of grass spiders. Stretched between the columns of a former stock exchange building, the installation got its shape from the concept of dancers stretching the tape as they move, their choreography resulting in an organic structure. 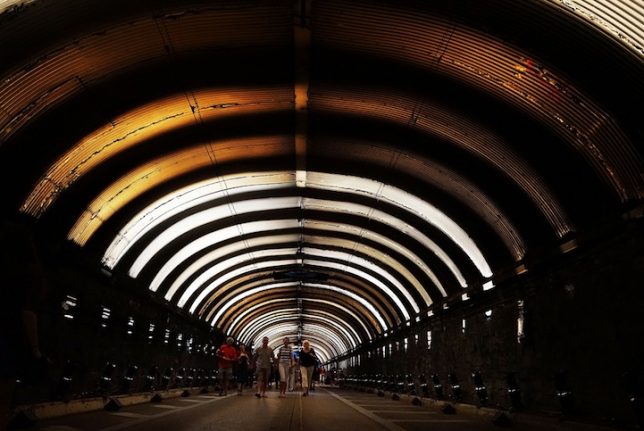 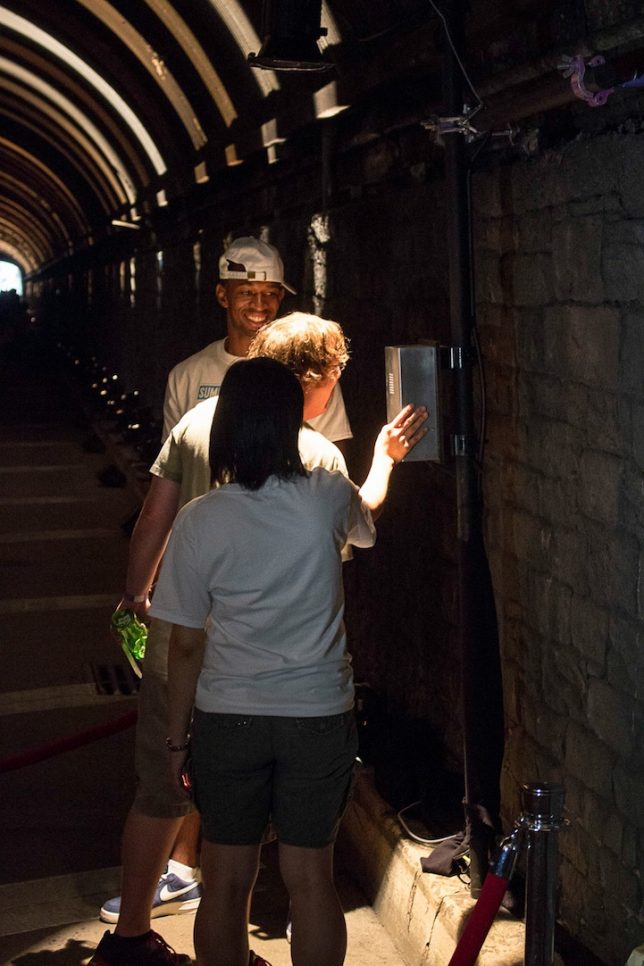 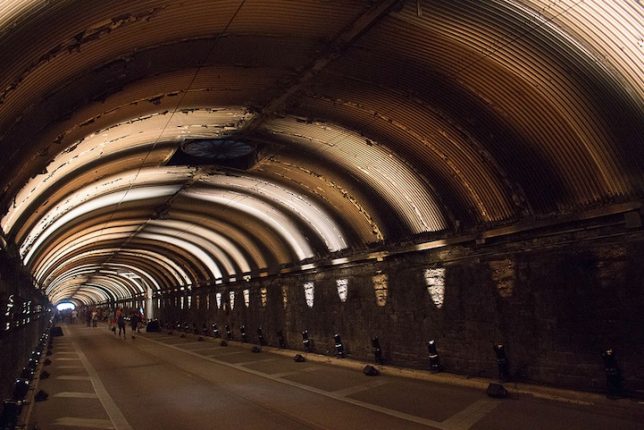 Upon opening to visitors for the first time in history, the Park Avenue Tunnel in New York welcomed traffic with an interactive light and sound installation in which participant’s voices affect beams of light projected across the tunnel’s walls and ceilings. Voice Tunnel by Mexican-Canadian artist Rafael Lozano-Hemmer invites pedestrians to speak into a special intercom that records their voices and loops them, with the volume and pitch changing the look of the lights. 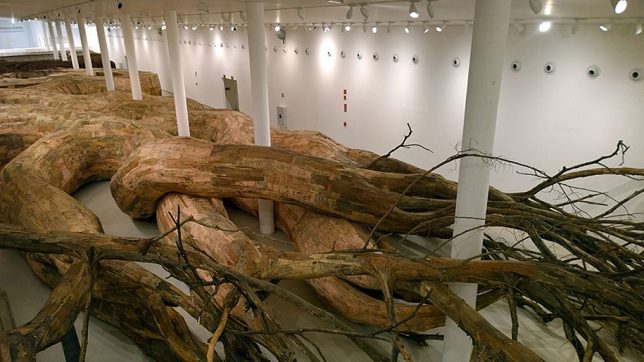 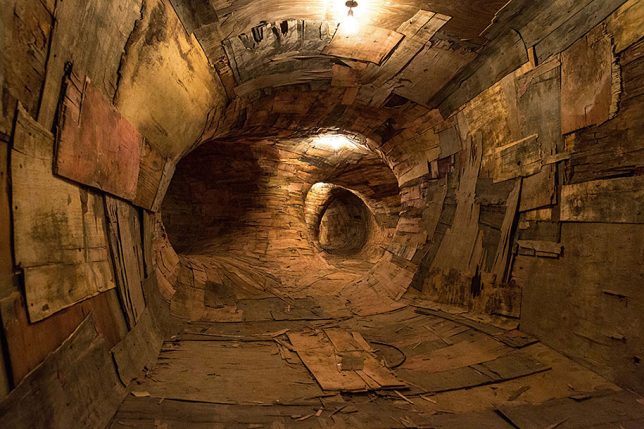 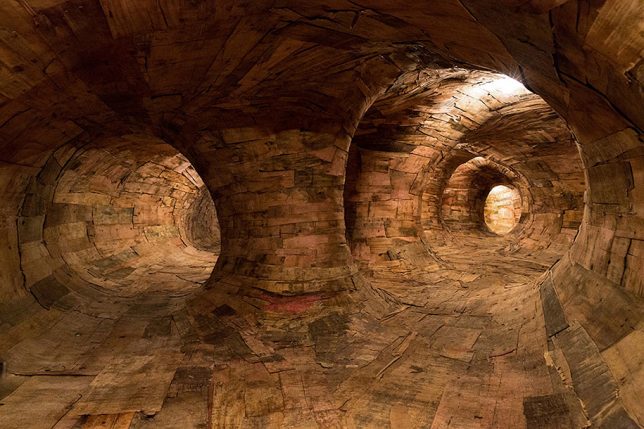 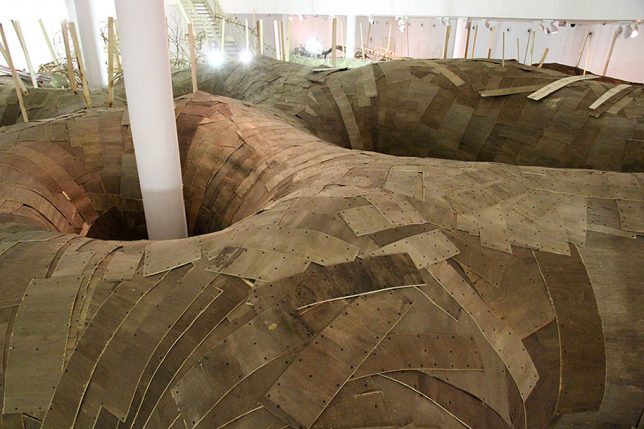 Repurposed pieces of wood found at construction sites attached to a steel wire frame become an oversized network of tree roots large enough for people to walk through in ‘Transarquitetonica,’ an installation at Brazil’s Museu de Arte Contemporanea by artist Henrique Oliveira.

Tunnel of Lights in Japan by Nabana no Sato Garden 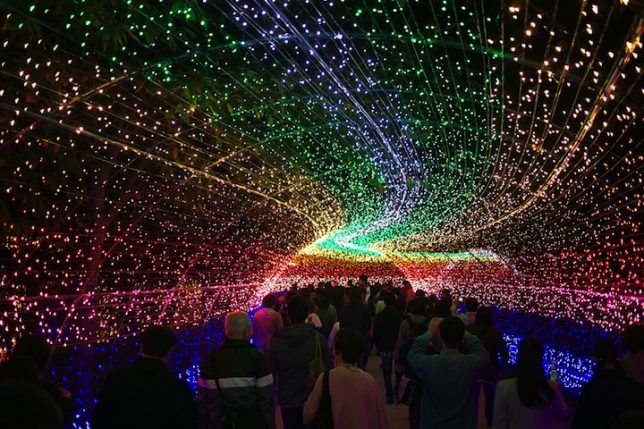 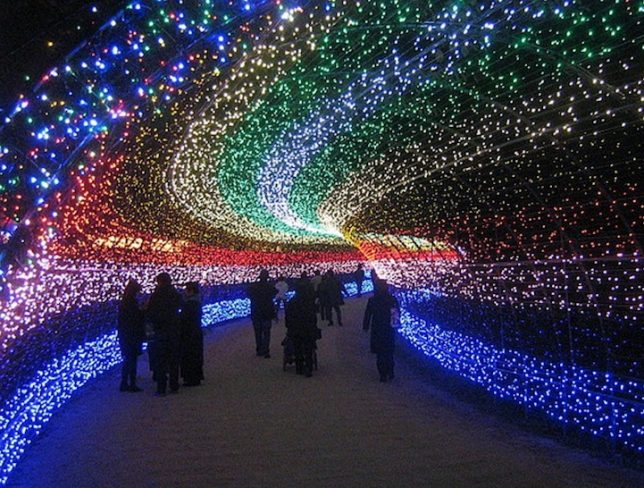 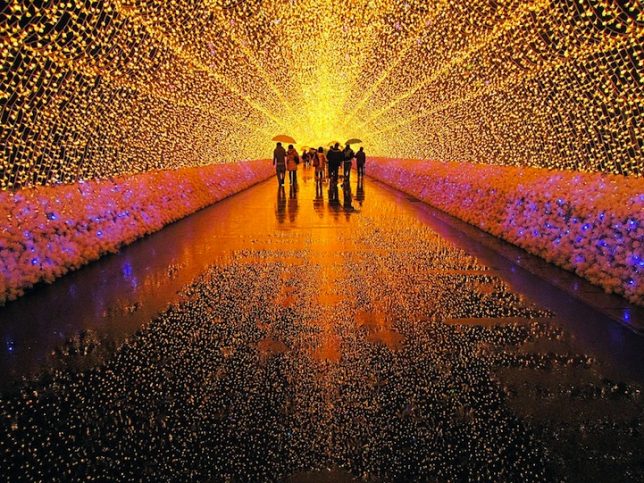 It takes over 7 million LED lights to create the vast rainbow installation at Japan’s Nabana no Sato botanical garden on the island of Nagashima. The installation lasts all winter and changes each year, with each LED light encased in a botanically-inspired bulb resembling flowers and plants.