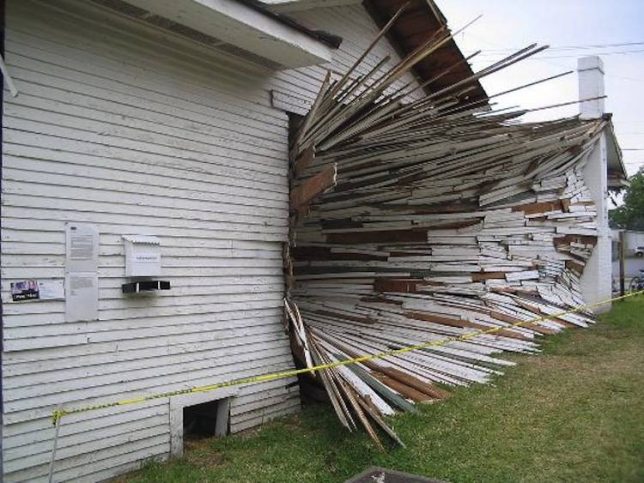 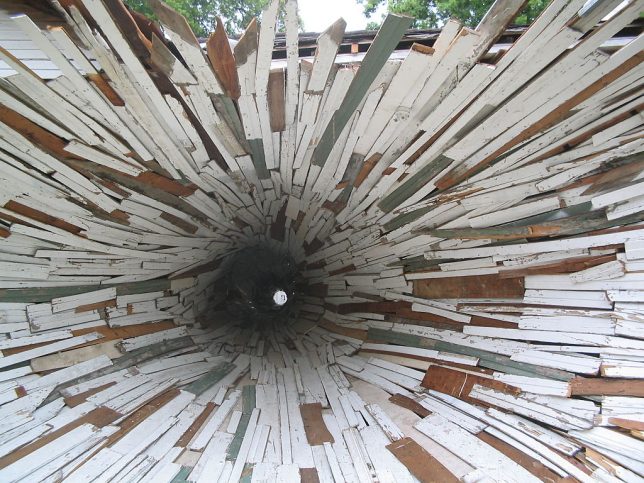 A black hole seems to have opened in the ruins of a dilapidated house, looking like the start of a Stephen King novel. The ‘Inversion’ installation by artists Dan Havel and Dean Ruck in Houston made the process of tearing down an old building to make way for a new arts center into a fun, bizarre interactive experience. Passersby could enter the hole and find themselves in a dark tunnel that eventually dumped them out onto a sidewalk on the other side of a fence.

4Habitats in Seoul by Suh Architects 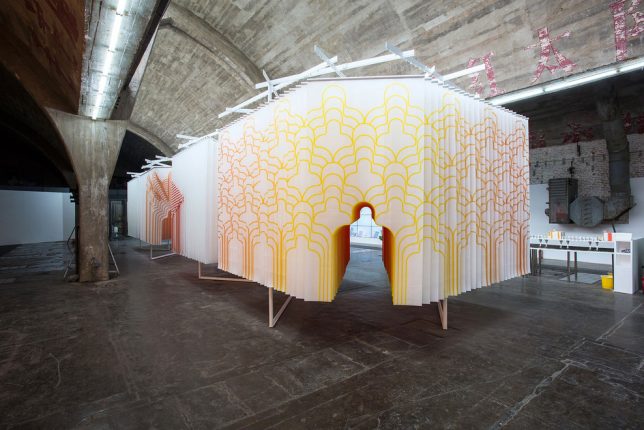 160 layers of textiles from a local clothing brand are cut into shape and strung from the ceiling in a shape that begins as a wide hallway, but gradually narrows until only an average-sized human can pass through its silhouetted opening. Korean architecture studio SUH ARCHITECTS spotlights the industrial textiles made by Kolon Corporation in the form of social and solitary habitats exploring the relation to one’s self as well as to groups. 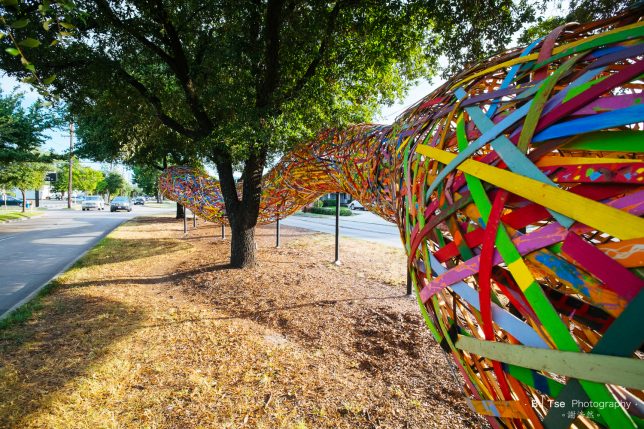 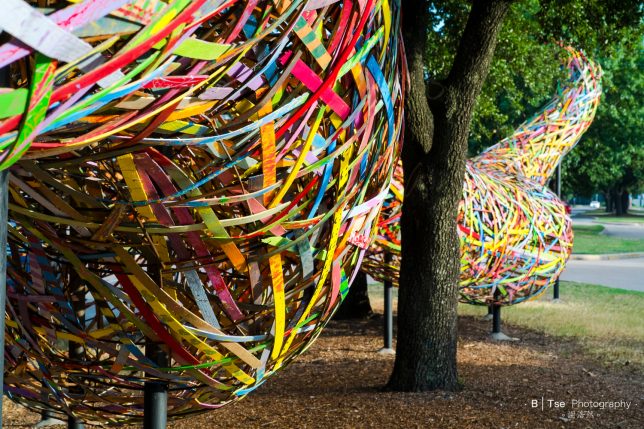 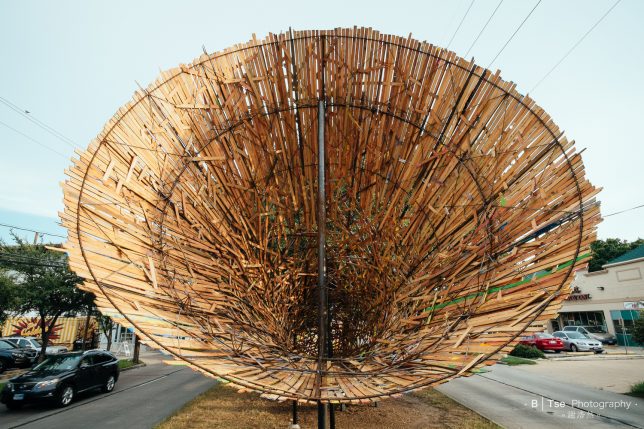 This colorful installation in Houston isn’t a funnel or a tunnel, but both. Its tentacle-like shape makes it seem as if it could come alive at any moment, snaking 180 feet in the grass outside the Art League Houston building. 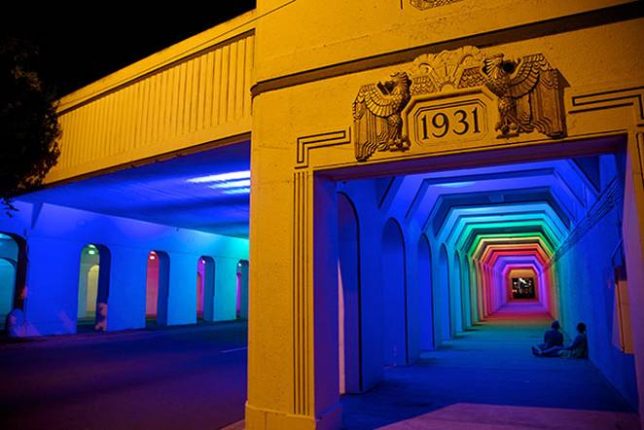 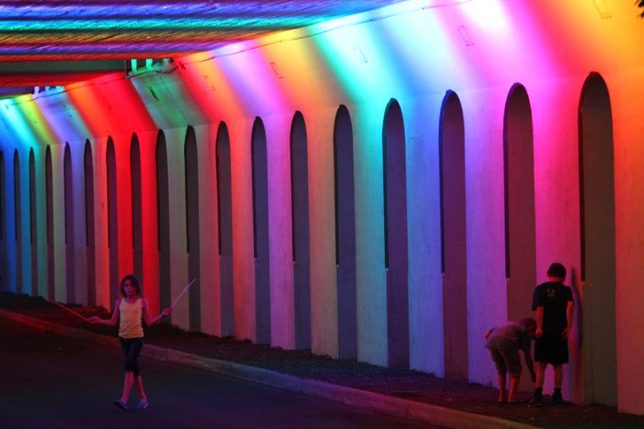 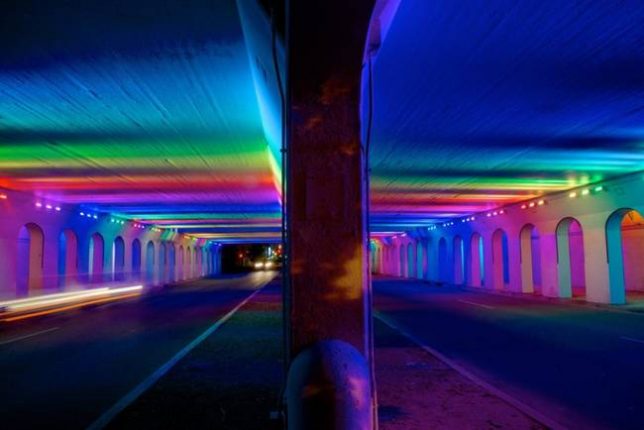 A dark, dreary and under-utilized pedestrian tunnel passing beneath a railroad suddenly becomes much more welcoming with the addition of rainbow lights. Artist Bill Fitzgibbons helped revitalize the tunnel with a network of computerized LEDs forming patterns of light overhead as pedestrians pass between downtown and a new urban space called Railroad Park. 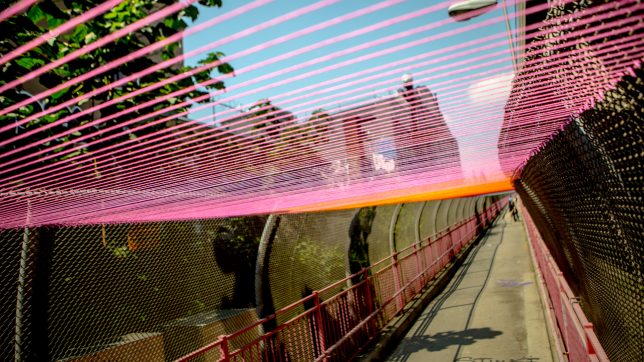 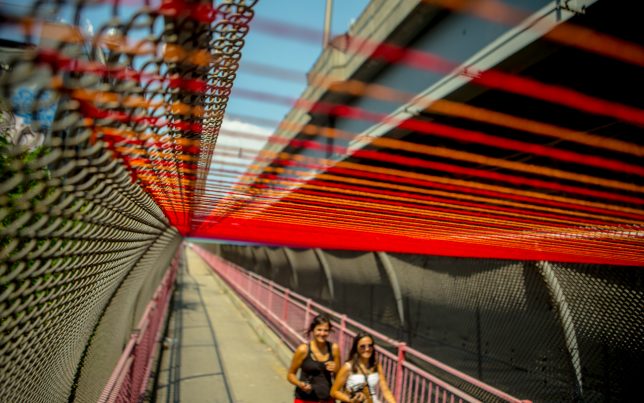 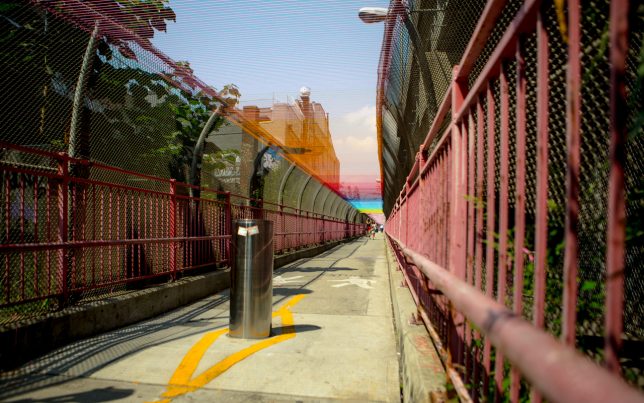 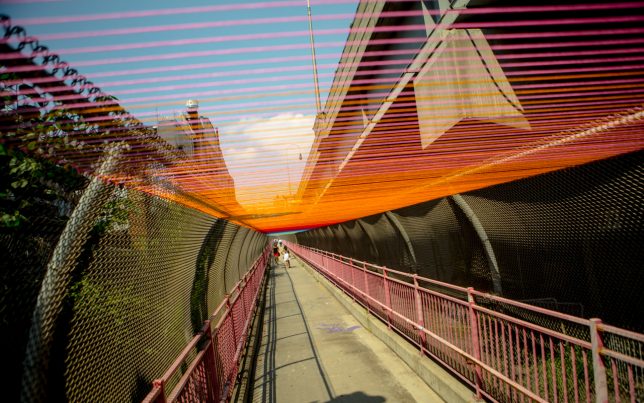 All it took was a little bit of yarn (okay, a lot of yarn) to transform the pedestrian-only Williamsburg Bridge in Brooklyn into a colorful tunnel. Minneapolis native ‘Hot Tea’ yarn-bombed the pathway by stringing the yarn from one end of the fence to the other, about ten feet above the pavement.