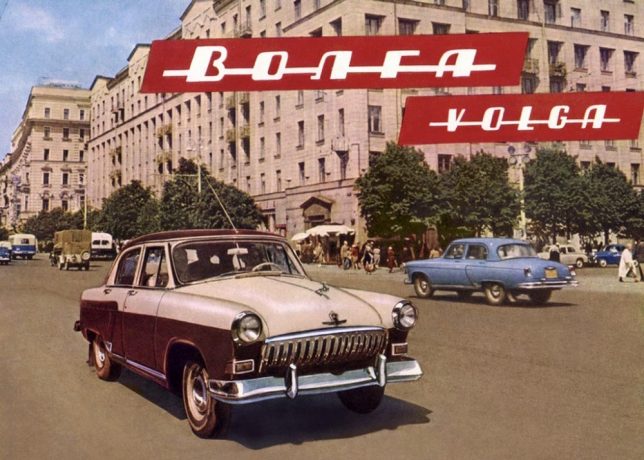 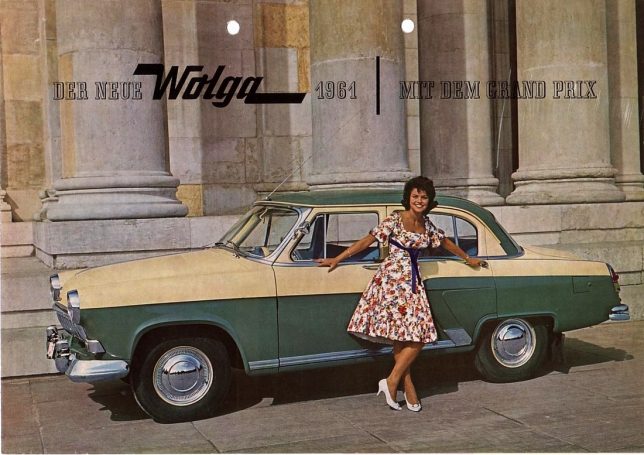 The GAZ-M-21 “Shark” was made from 1958 through 1961 and was styled after the 1954 Ford Crestline. Manufactured by Gorkovsky Avtomobilny Zavod (Gorki Automobile Plant) and sold under the Volga brand, these surprisingly colorful cars were exported to Eastern Bloc nations and on occasion to Scandinavian countries including Finland until 1970. Higher-end versions of the GAZ-M-21 featured a large chromed leaping stag hood ornament that was frequently stolen by “hooligans”, leading to its later deletion.

Give It Some GAZ 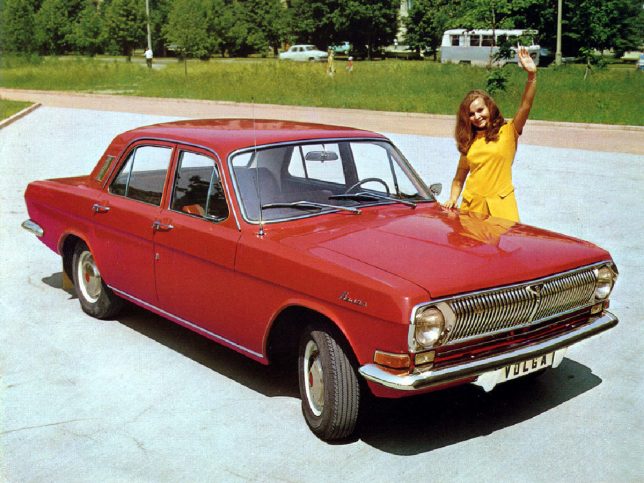 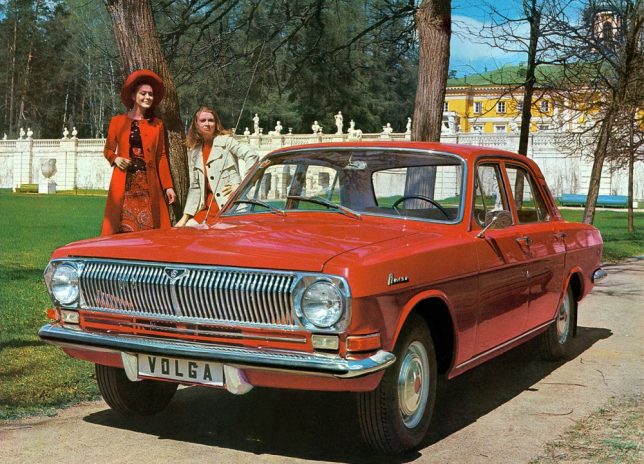 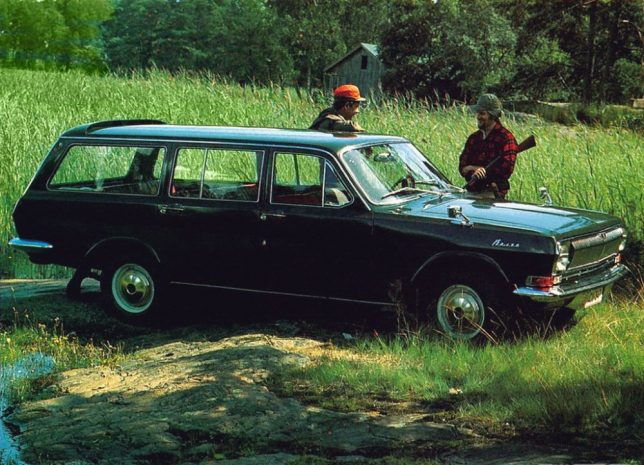 Successor to the GAZ-M-21, the GAZ-24 Volga was introduced in 1968 and was sold through 1986 (1987 for the wagon). GAZ’s designers modeled the car’s exterior styling after the early-1960s Chevy II and Opel Record. The GAZ-24’s primitive suspension and utilitarian inline-4 engine failed to impress foreign buyers, however, and even a Soviet slant on The Deer Hunter couldn’t divert potential buyers from their local VW, Vauxhall or Renault dealerships. 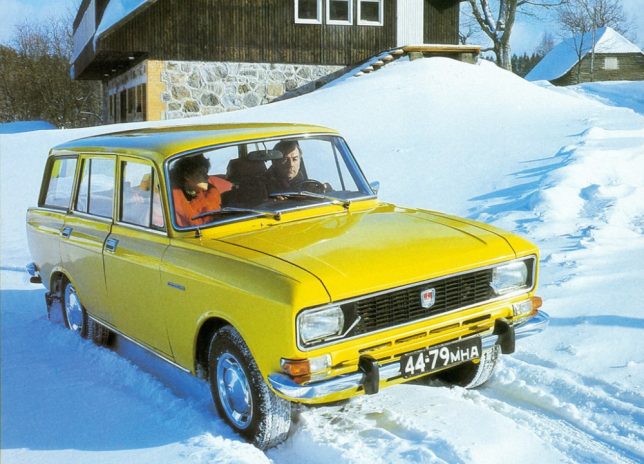 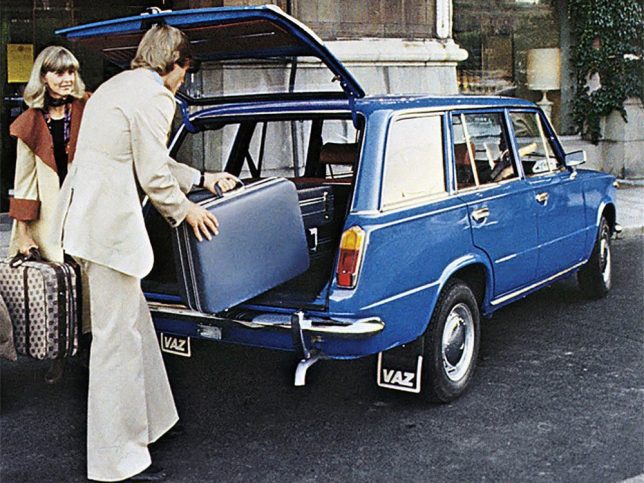 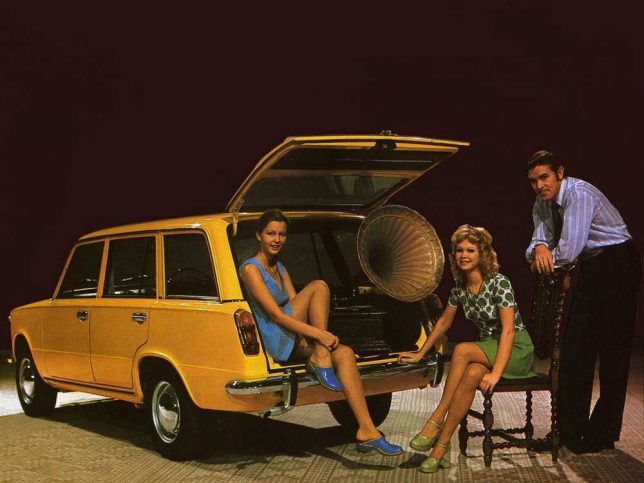 Circle these wagons? Kinda like forcing a square peg into a round hole, amiright? The VAZ-2102 aka Lada 1200 ES Estate Wagon was sold from 1971 through 1986, with exports to the United Kingdom beginning in 1974. A stylish wagon and a white leisure suit with massively flared bell-bottoms were the way to attract the opposite sex in the Seventies, doncha know, and an aftermarket Soviet “stereo” out back guaranteed the gals would stick around for an impromptu tailgate party.